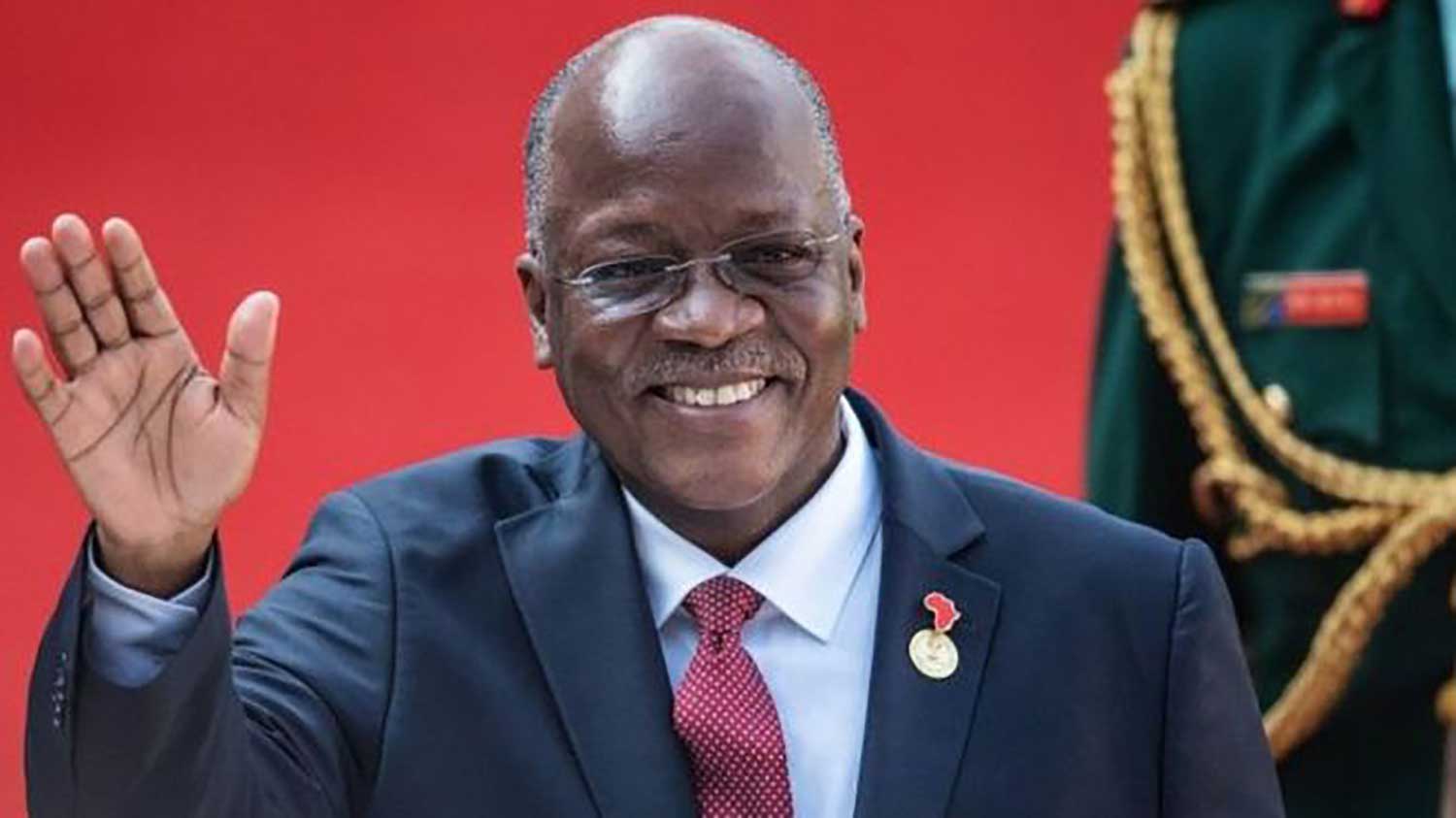 Tanzania’s President John Magufuli has declared the country “coronavirus free” thanks to prayers by citizens. “The corona disease has been eliminated thanks to God,” Mr Magufuli told worshippers in a church in the capital, Dodoma.

To be honest, he might not be that far from the truth.  In very simple energetic terms, what we focus on, we magnify in our minds and also in reality.

“If you want to find the secrets of the universe, think in terms of energy, frequency and vibration.”  Nikola Tesla

The worldwide lockdowns have been insanely destructive to the economy, whilst being totally ineffective in terms of health when we look at other countries who have not tyrannised entire healthy populations. Japan didn’t lockdown and did far better that any other country with only 850 deaths out of a total population of 126 million.

The U.K has supposedly has had 41,000 deaths out of a total population size of 66 million.  However, according to Vernon Coleman, much can be said about the overblown sensationalism of the British Media which has fed into the government’s overt scare tactics.

Whilst the World Health Organization (WHO) has repeatedly expressed concern over the Tanzian’s government’s strategy on Covid-19, it has failed to look at its own inept policy making and terrible decisions – mainly based on a reductionist brand of science funded by Billionaire vaccine-pusher Bill Gates.

Van Kerkhove, the World Health Organization’s technical lead for coronavirus response and head of the emerging diseases and zoonoses unit, recently did a U-turn on the original declaration by the Who that the Corona Virus could easily transmitted by asymptomatic persons.

During a media briefing in Geneva on Monday, 8th June 2020, she said, “from the data we have, it still seems to be RARE that an asymptomatic person actually transmits onward to a secondary individual. We have a number of reports from countries who are doing very detailed contact tracing. They’re following asymptomatic cases, they’re following contacts and they’re not finding secondary transmission onward. It is very rare — and much of that is not published in the literature,” she said. “We are constantly looking at this data and we’re trying to get more information from countries to truly answer this question. It still appears to be rare that an asymptomatic individual actually transmits onward.”

However, by the following day, she was immediately forced to retract her stance… no doubt by immense pressure from Gates and the Pharma/Vaccine Cartel.

Indeed, Gates is now the main funder of the WHO since the US no longer funds their activities.

The Pharma-Vaccine Cartel keep wanting to push the narrative of what we must all think and feel – and it doesn’t take much to see that the more fear and uncertainty they can create, the better it is for them for those who still  believe the mainstream media.

They cannot afford to have people start to feel safe.

They certainly don’t want you to think or feel you are safe before the vaccines come along… then, and only then, will they suddenly determine you to have “absolute immunity” for a novel Corona Virus strain that has mutated many times since the outbreak.  The annual flu shot is only about 30% effective — and according to sources like Dr. Judy Mikovits and Professor Dolores Cahill, the new Corona Virus vaccine will be unsafe, untested and a rushed botch-job.

It will create a huge wave of secondary illnesses and far worse numbers of deaths… which will all conveniently be blamed on the Corona Virus.

No need to look at vaccines, because they are 100% safe and effective, right?

Well, that’s the narrative they push, despite the science.

Anyone else seeing a “script” here?

Gates says that vaccines are the only solution that can work before anyone can return to any level of normalcy, whilst laughing gleefully at all the pain he has inflicted by dictating the lockdown policy worldwide.

Mr Magufuli on the other hand has wisely pointed out that the health crisis has been exaggerated and urged people to attend services in churches and mosques, saying that prayers “can vanquish” the virus.

Even if you don’t personally believe in prayer, it is well know that fear cripples the immune system, whereas a sense of human connection (i.e. community) is a powerful ally, helping individuals to draw upon the collective strength.

Today we have crossed into dangerous, unknown territory by isolating people from each other (even and especially the old and vulnerable, many of whom die from loneliness each year), damaging all people psychologically.  Even young children how have a 0% chance of dying are being pulled into a subversive reality that treats them and all humans as biohazards.

The “new normal” promoted at every turn by the WHO/CDC/Gates and the puppet mainstream media is nothing less than a crippling, myopic, reductionist approach to human health. Thos who unwittingly buy into the propaganda feel isolated, fearful and even more vulnerable than ever – which ironically makes them even more susceptible to diseases of all kinds including what they don’t want to catch — COVID.

By stark contrast, the Tanzanian president has said: “I want to thank Tanzanians of all faiths. We have been praying and fasting for God to save us from the pandemic that has afflicted our country and the world. But God has answered us.”

“I believe, and I’m certain that many Tanzanians believe, that the corona disease has been eliminated by God,” he told worshippers on Sunday in Dodoma.

His remarks were welcomed with applause and celebratory ululation.

Mr Magufuli also commended the priest and worshippers for not wearing gloves and masks to protect themselves from the virus.

He made similar comments last Friday during a teachers’ conference, declaring “corona is finished”.

“The health minister told me that we only have four patients in Dar es Salaam but this will not stop rumours to the contrary,” he said.

“We need to be careful because some of these donations to fight coronavirus could be used to transmit the virus. I want to urge you Tanzanians not to accept donations of masks, instead tell the donors to go and use them with their wives and children,” he added.

He showed intelligence by testing the COVID test kits that were given to Tanzania, and what he found was probably not that surprising given the level of fraud.

He found that a pawpaw tested positive for COVID!

The Tanzanian president is among several African leaders who have received orders for a herbal tonic touted by the president of Madagascar as a cure for Covid-19. It is unclear if it has been given to patients in Tanzania.

The head of Tanzania’s medical association, Elisha Osati, backed the government saying that hospitals were operating as normal and that the majority of coronavirus inpatients were suffering from mild symptoms.

Mr Magufuli has accused the country’s health officials of exaggerating the coronavirus crisis — which seems to be a trend worldwide so that a vaccine solution can be pushed!

He also criticised the strict measures neighbouring countries have imposed to fight the PLANdemic.