How meditation helps you deal with the world’s mental toxins 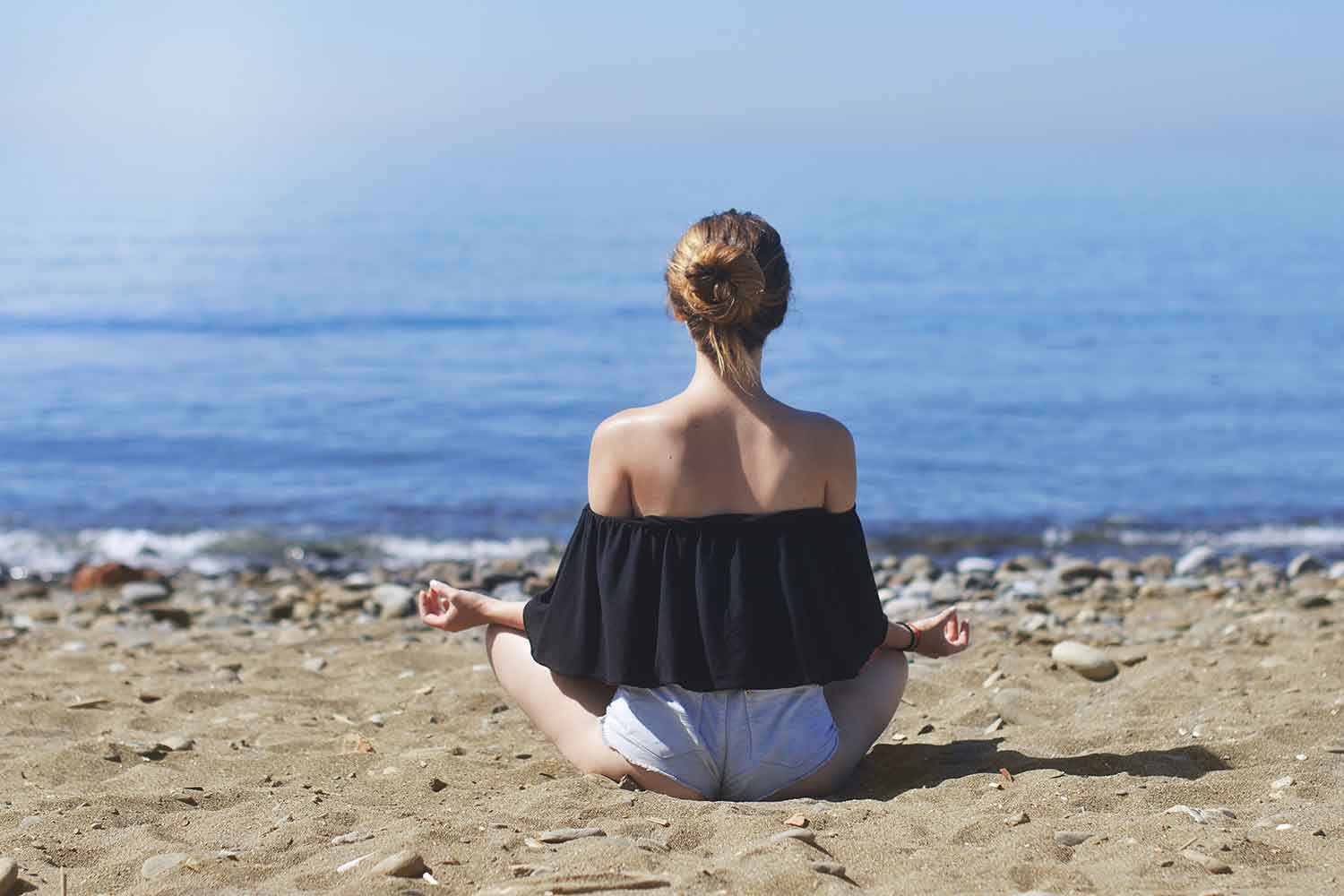 In the past, meditation was usually reserved for those following a spiritual and devotional path of some kind. Ascetics living in remote places – jungles, caves, mountains – and yogis in lotus position would spring to mind at the very mention of the word!  Some people still think this way!

Today, however, meditation has become more and more accepted, and thus mainstream   Many – but not all – people practise some form of it, whether through yoga (moving meditation), t’ai chi, or some form of sitting meditation, or mindfulness.

However, it’s become more than a past time that one indulges in for a bit of ‘idle curiosity’.  From what I can see, it’s really a necessity for living a peaceful and happy life in a more and more turbulent world.

Technology has largely broken down communication barriers by allowing thoughts to spread across the world in the proverbial blink of an eye.  Yet this fact has also created barriers in other ways – we are seeing a very polarised consciousness where one person, or group of people, seek to be ‘right’ and make the others’ wrong. The vote for Brexit and the election of Trump as President of the USA are two such cases where there has been an out-picturing of mass consciousness.

Yet, as Dr. Wayne Dyer once reminded us, you can either choose to be right, or you can choose peace.

“Out beyond ideas of wrongdoing and rightdoing there is a field. I’ll meet you there.”

The world’s negativity does not look like it will be stopping anytime soon either – like a huge boulder rolling down a mountain, the size and velocity is only increasing.  From a dramatic increase in mass shootings and stabbings worldwide to mass uncertainty with the economy, our schools, any so-called healthcare system you care to mention, food production and scarcity of pure water resources, not to mention the ugly threat of war caused by power-crazed politicians, these abnormal realities are typically broadcast instantaneously across all media, affecting all of us at a stroke!

Many negative opinions – filled with the emotional and highly-charged energies of fear, judgment, negativity and worry (to name but a few!) – are broadcast to us TVs Radios, magazines, the internet, and so many people find a sordid sense of satisfaction in reading, or watching, the immense negativity broadcast in the ‘news’: polarised, judgmental points of view, and adverse criticisms, stories of war, of loss pain and suffering.

Whilst many negative and unwanted things undoubtedly exist in our world, there is no need to continually focus on them and thus magnify them.

The Law of Attraction is clear – we get what we focus on, whether wanted, or unwanted.

“You can’t just stick your head in the sand,” and “Don’t you want to know what’s going in the world?” are common reactions to the point of view that encourages passive resistance.

Thoughts like these place importance on the status quo – which isn’t healthy – and cause people to unconsciously keep doing the same thing.  And what’s that? Unconscious ingestion and regurgitation of negative information.  Habit, and peer pressure, are powerful drivers of behaviour on a large scale.

Here’s the thing – if you’re not helping the problem by taking constructive action – in thought or deed – then you are NOT helping yourself or the world.  Let’s be honest about that.

If news sources were to give us a clear strategy to help, a clear CTA (call to action), then at least some of the dire negativity would be addressed.

Firstly, limit your need to ‘know’ everything that’s wrong with the world.  You’re not here to fix it.  You can’t.

However, I’m not encouraging you to be selfish either.  You can remain aware of others by being aware of what is going on in your local community instead.  You can choose to help there instead.

A kind word, a kind gesture.  Pay it forward to others when you receive one.  If you don’t receive one, be the ’cause’ of it.

If everyone took positive action where they are in some small way, the world would literally change overnight.  It’s because people cannot cope with the barrage of endless negativity on the TV and Internet, in our newspapers and magazines, that the world remains in a state of inertia and powerlessness.

We are constantly being triggered by information we consume, and the usual end result is escapism of some kind.  The restless mind becomes even more edgy and agitated by the ‘news’ it consumes, and there is a need to throw off the energy of ‘doom and gloom’.

In a coffee shop as I type this, the man’s face opposite (a British ex-pat in his 60s) is becoming more and more grimacing as he consumes the trashy paper spread before him (The Sun).  The tabloid press in the UK is notorious for pushing people’s buttons, writing in a way that is inflammatory and unkind.  At the end of his 30 minute read, he has consumed enough negativity to last a year but he doesn’t realise that his thoughts will attract more negativity to himself.  He will see his thoughts reflected very clearly in his world and be drawn to people, places and circumstances that reflect the habit of this thought.

Many people hate their job, and the pressures of life.  There is a sense of ‘going through the motions’ but without any real joy.

By meditating, you consciously reverse this process.

Firstly, you quickly start to notice how much negativity you are absorbing because you start to get in touch with your own core energy (which is joy).  The inner core you is not affected by worldly events.  There is a wellspring of deep joy inside of you waiting to be tapped.

Wearing other people’s thoughts is like wearing clothes that don’t fit us, or suit us.  Yet we’ve been doing this for so long that we’ve forgotten.  Meditation is like looking in the mirror and realising that we don’t look right.

Meditation helps us sleep better at night and helps us meet the challenges of our day with more grace.  The goal of meditation is not escapism, or a vacation from one’s worries!  Yet how you perceive your worries and fears, when they arise, will totally change.  It’s a process,. so be patient and kind with yourself through the journey, which is laden with ego traps.

Meditation is also helps create acceptance of ourselves on a deep level – we begin to see ourselves clearly, as we are, with all our uncomfortable faults and habits.  Yet, here’s the difference, we don’t judge ourselves because we realise that others are just like we are – this sense of common humanity, and interconnectedness, brings us closer to each other.

Meditation polishes the dirty mirror of our mind which has become saturated with the filth of worldly ‘news’.  By meditating, we begin to release unwanted thoughts and thus start to see, once again, the brilliance of the moon (our Soul) reflected in the water.  Deep down we long for this connection and nothing in this world will ever satisfy it apart from mediation and connection to our Source of Awareness and Love within.

When your mind is turbulent, life is hard.  Your thoughts have less power than they would if your mind was peaceful and calm.  Power is not indulging in countless idle thoughts, it’s deepening your concentration, so that the thoughts you do have go further.

As Paramahansa Yoganada says, “meditation means dropping the consciousness of the body (and mind), remembering who you are, and then coming back and ruling the body.”