How To Train Your Brain To See Beyond “Us versus Them” 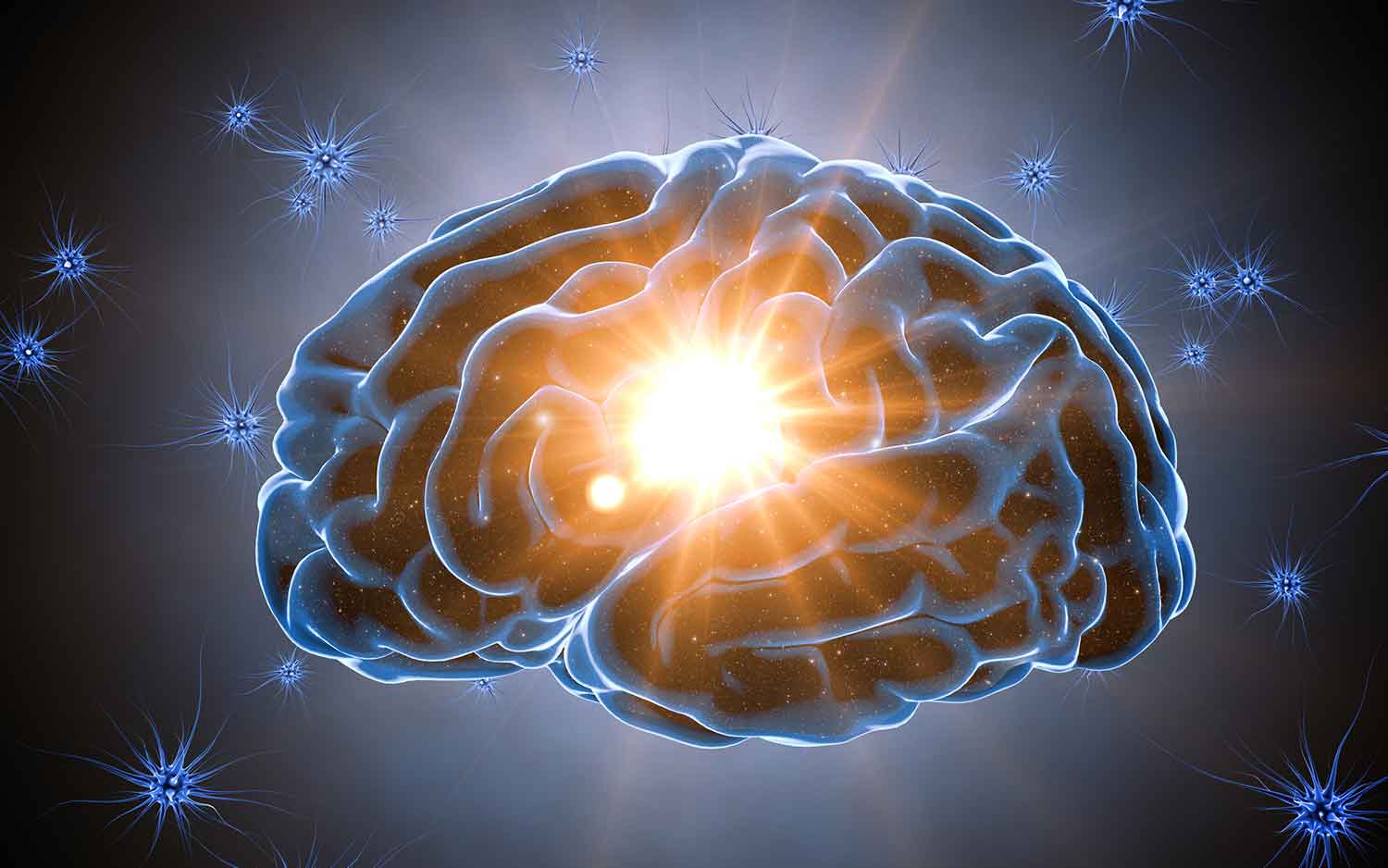 Let’s face the hard truth of conditioning: many, if not most, of us grew up regarding other cultures and people as something “foreign”, or “alien” or worse.

This type of fear-based thinking comes from a mind-identified state where the other person is reduced to a convenient label.

Reducing a person to a label in one’s own mind is, in fact, a subtle form of violence — something which today’s media plays on all the time, feeding us more negativity which adds to our collective mind-identified state of pain and suffering.

Purposely sensationalist headlines cause most to often react in judgment, anger and also fear – alongside this, the emotions of bitterness and resentment can also surface.  Many people who love reading their daily newspaper become livid upon reading the “news” – their face grimaces and their body contracts as they ingest mental poisons.

Often, there is a conscious or subconscious need to vilify the people they are reading about – whether that is openly condemning ‘the other’ person or group, or by internally doing this.

I grew up in the UK were the tabloid press are notorious for their polarised viewpoints about life – and I always hated it.  (Still do).

How do you personally react when you see a sensationalist headline in the paper like, “Huge numbers of refugees flee to [your country]”, for example, or another headline that says “Refugee family given luxury four bedroom house”?

What are your immolate thoughts, and subsequent emotional reaction about this?

“Why should THEY come here?”, “this is OUR country,” and “why should THEY get everything”? are just some of the bitter thoughts that arise in the individual and collective mind.

The sense of ‘me’ and ‘mine’ are being threatened.

The word refugee was used to great, poisonous effect to narrowly garner a ‘yes’ decision over Brexit – which many of the ‘yes’ people sorely regretted as it came to light exactly what they would lose themselves – as usual, political talk of the so-called ‘facts’ was based on outright lies and deception.  The very polarised point of view that conveniently blamed “the other”, in this case the EU, won out.

The word muslim has also been strongly linked to another word ‘terrorist’ and ‘terrorism’ in the mind of huge numbers off non-Muslim people across the world mainly because of the attitude of the world press. This, very sadly, lead to the shocking attack on two Muslim mosques in New Zealand, which is simultaneously linked to an increase in white supremacism and alt-right extremism globally.

Extremism is another name for polarity consciousness, where the egoic mind is deeply entrenched in seeing others as a mere label.

The real crisis is one of consciousness.

This is the most important thing to remember — whatever the label, behind it is another person.

We all want the chance to be respected and loved, and to offer something meaningful to the world.  None of us really want conflict, whether that’s with a neighbour, or between our country and another.

And, yet, here we are – facing unprecedented stress and conflict in an age of increased technology and opportunity.

The reason is simple: a conditioned mind that sees everything and everyone else as ‘other’. and is the toot cause of all geopolitical conflict as well as arguments with friends, partners, and loved ones.

To drop the conditioned mind, means to be free of stress, conflict and negativity – immediately.  No external change of events is required, just an internal shift in perception.

First we will feel peace in our own lives, and then we will see this peace reflected back to us on the world stage as more enlightened leaders take the helm.  Really, the leaders of today are reflections of mass consciousness, so the buck stops with us.

If we change ourselves, the world will change.

How I overcame an inner prejudice

I’d like to share a personal story with you that reflects just how powerful this shift in consciousness really is when we embrace it fully.

Not so long ago, after four years of living in a peaceful property nestled into the mountains in Europe, suddenly some “gypsies” moved into an abandoned house sitting in the plot behind our home.  I’ve used that word purposefully here because that’s the initial thought (i.e. word form) that popped into my mind.  Again, the word gypsy often has a strong, negative charge, and is used pejoratively most of the time by far.

There was a lot of noise and chaos as they moved in, and our usually peaceful nights were quickly disrupted.

I initially felt irritated by this and even some despair at the thought that this would continue, especially as our 15 month old son’s bedroom was at the back of our home and the most susceptible to the noise disturbances.

I realised that I had been triggered because my usual peaceful inner state was being tested by my own negative identification with the situation.  That is, my egoic mind.

As I have a solid and deep meditation practice, and have been teaching meditation and yoga for many years, I am usually able to watch my reactions in all situations, and I know that I most need to watch my thoughts and actions when triggered.

I found that my initial feelings of irritation and separation quickly passed as I went into a deep and sincere prayer to my Inner Being.

Firstly, I wished these new people peace and happiness (and I meant it!) and I also included myself in the picture as I wished myself peace.  I released that in a loving Universe, there was no conflict between my desire for peace, and their desire for a home.

And I also knew there was no room for prayer if I going to stay in judgment over this.  Often people pray for a particular outcome that favours them but not the other person involved.  This sort of prayer is a sham.  It is to the persona ego, not to Spirit.

I began to see the situation from their eyes – they needed a place to rest their heads, to have food and shelter, and I didn’t need to let the change disrupt my inner peace. I immediately felt a warmth and peace in my own heart, and then my mind stopped racing with ridiculous future thoughts.

Firstly, the gypsies suddenly became a lot quieter, literally within a day or two – it seems that the quiet ones stayed and some of the noisier ones left (all of a sudden).

Call it what you will.  You can put this down to coincidence, or luck, but I choose to see it as the Universe working perfectly, offering me a solution according to my inner vibration or perception.  Many now call this the ‘Law of Attraction‘.

The Law of Attraction works with vibration, and it is both an art and a science to live it.  Since I live it and teach it, I have been blessed to see the miraculous power of the Universe working time and again when I truly let go.  That means there must be no ego investment, or bartering, with the Universe.

The second wonderful outcome that happened as a result of inner prayer was this – as my wife and I walked around the village with our 15 month old son in his pram, one of the men became very friendly towards us.  As an intuitive, I read people’s energies with effortless ease – and I noticed he had very happy, welcoming energy, and I noticed that a deep peace shone from his eyes.  I recognised the light in him, and he obviously recognised the light in us.

As it happened, he had just picked some delicious dark (organic) grapes and he insisted that we take both bags for ourselves.  He particularly wanted Jayden, our son, to have the fruit.  As a result, I struck up a friendly conversation with him, although his English was limited and I didn’t speak his language. I managed to ask where he was from and his name.  He told his name and said that he was from Egypt.

We both felt a bond that connected us instead of reacting to each other from a ‘mind identified’ state that would separate us.

I share this story with you to show the true power of prayer – that is, seeing the other person (or people) as we are – and sincerely wishing peace for all.

Whilst we all have our own ‘needs’ and ‘preferences’. the moment these start to diminish or control another, we are in the grip of ego, a mind-identifed state that causes us, and the other person, pain and suffering.

When we are able to dissolve our rigid sense of “self”, the boundary between us and the other dissolves, and then we can have a real, and meaningful, interaction – based on compassion.

Snap-judgments or instinctual reactions based on faulty perception rarely make for a peaceful world.

What faulty beliefs lie buried in your psyche?  Take the time to check in.

Remember, outer world events are a mirror for us to look at ourselves at all times, no exception.  You cannot look at the world objectively because your beliefs are the basis from which you view the world.

Regarding others as our enemies, totally disconnected from ourselves, never, ever helps.  The mind’s faulty perception re-activates the part of our brain associated with anxiety, guilt, and fear – and we thus become victims of our own thoughts, running negative stories over and over again in our heads.

In closing, I’d like to leave you with the words of Martin Luther King Jr: 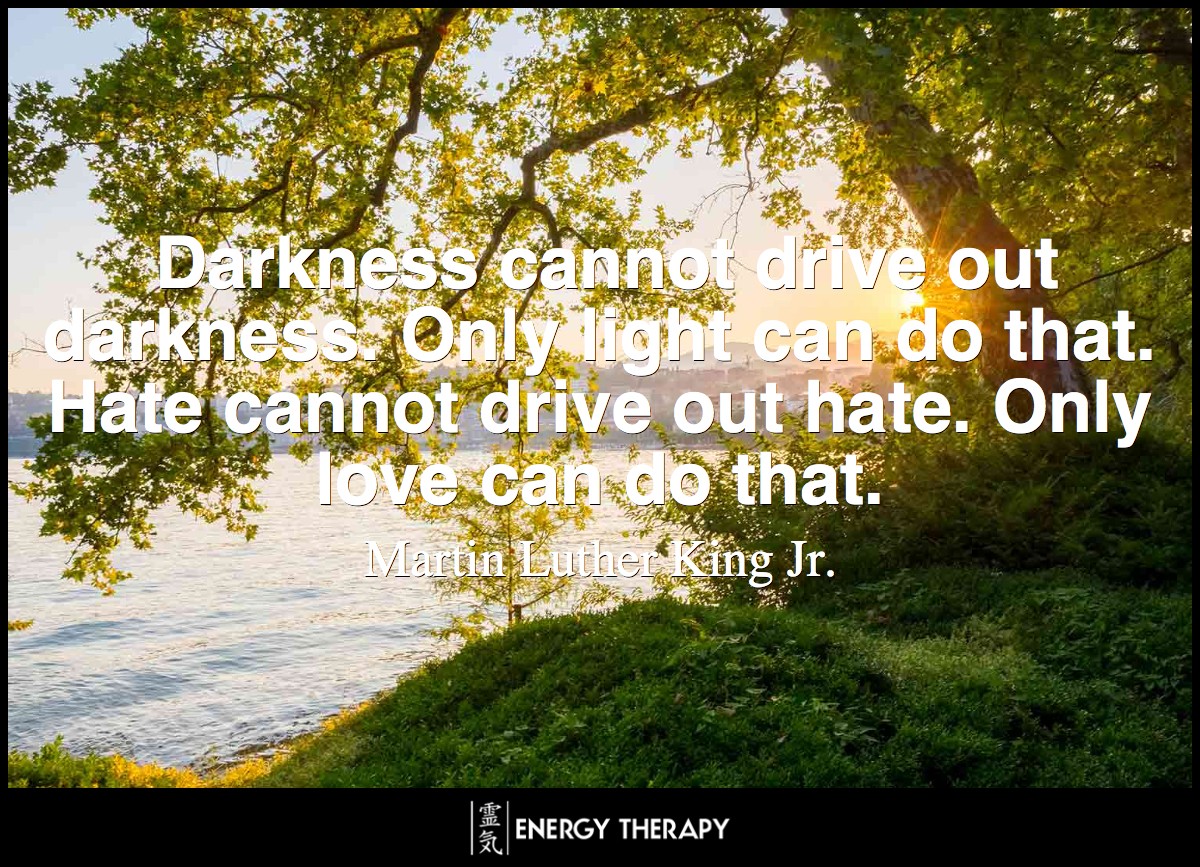 Act from this new place of awareness and you will rewire your brain – your neural networks will happily and quickly readjust themselves to your new belief structure.