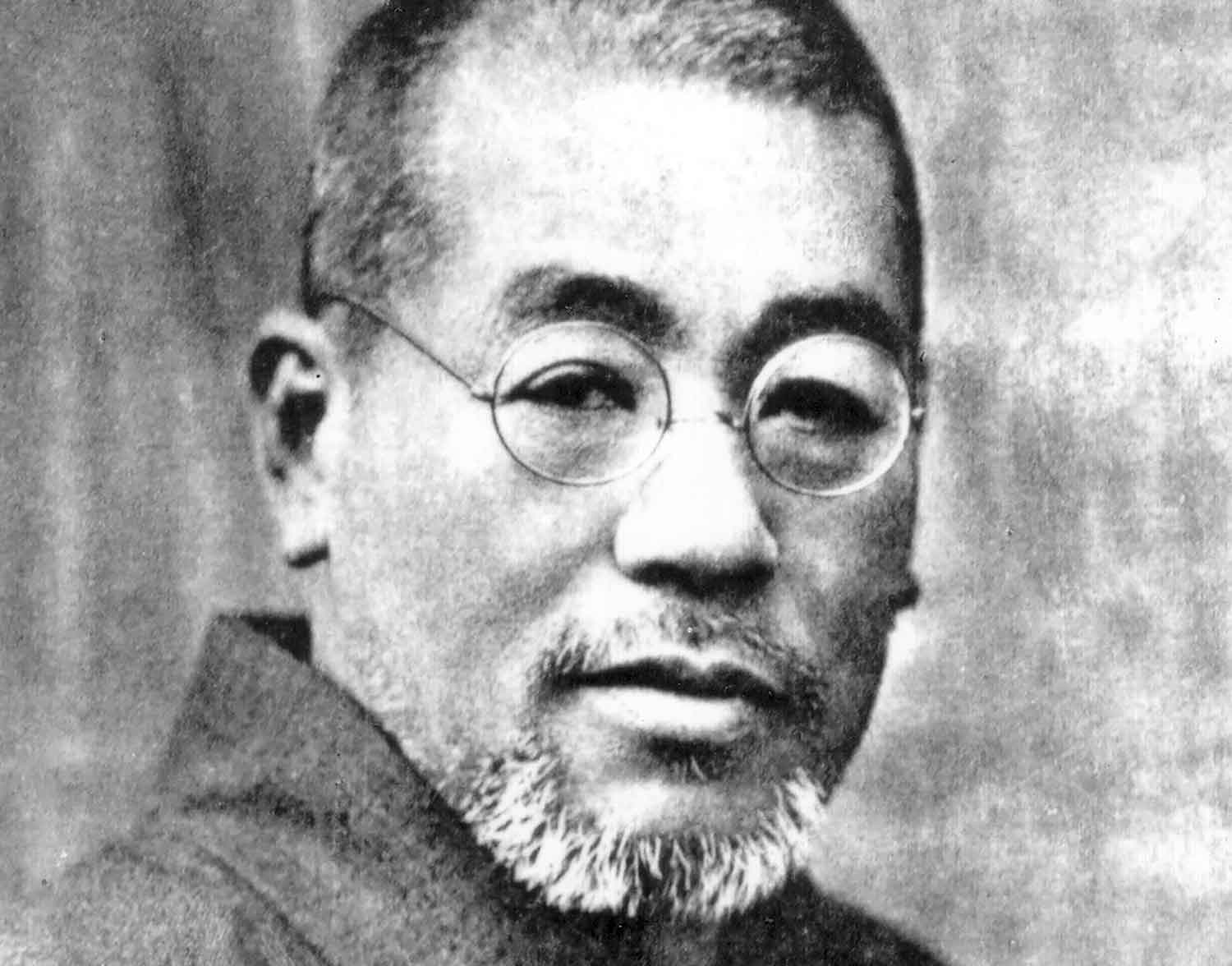 Sensei Mikao Usui was born in Japan on August 15th, 1865 in the small village of Taniai. Through the tireless work of this one individual, Reiki was born and emerged as a guiding Light for humanity in the late twentieth century.

At a young age, Usui studied Kiko at a Tendai Buddhist temple on sacred Mt. Kurama, north of Kyoto. Kiko is the Japanese version of Qi Gong, a discipline designed to improve health through meditation, breathing practices, and slow moving exercises. It focuses on the development and use of Ki and includes methods for healing through the laying of hands.

Kiko requires that one build up a supply of healing energy through the use of the exercises before using it for healing. When using the Kiko method, one is prone to depletion as it can draw on one’s personal energy as well. The young Usui wondered if a way existed to heal without having to first store up healing energy and then leaving one depleted at the end. This was an important question and acted like a seed in his developing mind, a seed that would grow into fruition in a most profound way later in his life.

Usui travelled all over Japan, China and Europe in pursuit of knowledge. He was intent on learning and studied a wide range of subjects, including medicine, psychology, religion, and spiritual development. He would certainly have heard stories about Buddha and Jesus Christ who were able to heal physical illnesses by the laying of hands and their disciples who acquired healing abilities by following their teachings.

In 1914, Sensei Usui’s own personal difficulties in life lead him to become a Buddhist monk. He focused his mind on the devotional practice and trained intensely. He looked at the people around him and saw that there were many who were unable to lead happy productive lives because they were sick so often or had physical disabilities. Feeling compassion for them, he wondered if it would be possible to acquire the ability to heal physical illness in the same way Buddha and Jesus Christ had done. After pondering this question for some time, he came to the conclusion that if this kind of healing was possible in the past, then it must still be possible.

As a sensitive spiritualist, Dr. Usui had spent much time meditating at power spots on Mt. Kurama, a sacred mountain near Kyoto. So he travelled to this holy mountain, where he fasted rigorously and prayed to the Divine. After many days, he attained “satori” enlightenment.

A great and powerful spiritual light entered the top of his head – the light was the great “Rei-ki”. His awareness was greatly expanded and he realised he had been granted the power he had wished for! He was overjoyed – he knew he could heal others without being depleted.

Usui used Reiki on himself at first and then on members of his family, and this tradition continues today. One first starts with one’s family, and then moves onto treat ‘strangers’.

Usui moved to Tokyo in April 1922 and started a healing society that he called “Usui Reiki Ryoho Gakkai”. He also opened a clinic in Harajuku, Aoyama near the Meiji shrine in central Tokyo and began teaching classes and giving Reiki treatments.

He developed six levels or degrees for his training and numbered his levels in reverse of what we do in the West, so the highest level was one. The first four levels (six to three inclusive) are what Mrs Takata taught as Reiki I.

Sensei Usui continued teaching and giving treatments in the Tokyo clinic but the peace and harmony was shaken in 1923 by the great Kanto earthquake. Over 140,000 people were killed and thousands of houses and buildings crumbled to the ground. Thousands of people were left homeless and many others were injured or became physically ill. Almost everyone was emotionally traumatised. The demand for Reiki became enormous and Sensei Usui and his students worked night and day to help as many as they could.

In 1925, he opened a much larger clinic in Nakano, Tokyo and began travelling all over Japan to spread the word about Reiki. The need for healing after the earthquake continued for many years and the Japanese government recognised him with the Kun San To award for meritorious service to others.

He trained many others, several of whom eventually becamse teachers themselves.

How Reiki spread to the West 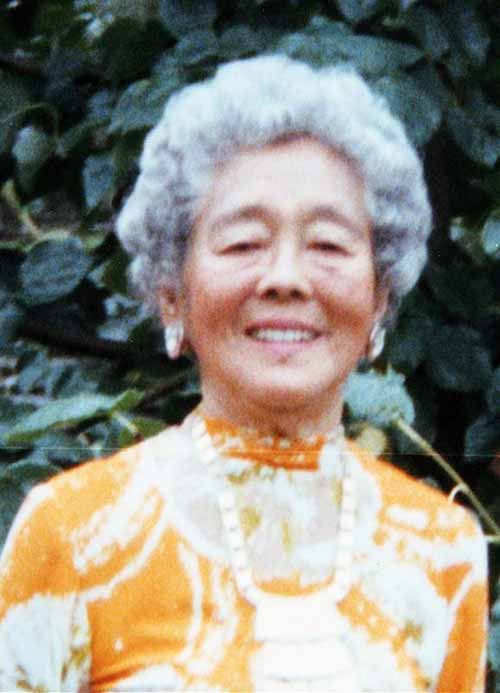 One of the teachers that Sensei Usui trained was Dr Chujiro Hayashi who founded his own Reiki clinic in Tokyo. Later, in 1935, Mrs Hawayo Takata, a young Japanese-American woman from Hawaii appeared at Hayashi’s clinic, not knowing that her powerful healing journey with Reiki would be pivotal in shaping the course of Reiki, helping it to spread from the rather secretive society of Japan and into the West where it would, eventually, spread like wildfire.

Takata was born on December 24th, 1900 on the island of Kauai, Hawaii, and as she grew up, she began working on the sugar-cane plantations. She eventually married the accountant on one of the plantations, and after she gave birth to two children, her husband died in 1930. Takata had to work very hard to provide for her children and after five years she developed a lung condition and abdominal pains and had a nervous breakdown. One of her sisters died soon thereafter, and she travelled to Japan to visit her parents and seek help for her health.

She first went to a regular medical hospital but then decided to try a different approach. She eventually went to Dr. Hayashi’s clinic where she received two treatments a day. After four months she was completely healed and tests at a regular hospital confirmed it. She was very happy to be healed and wanted to learn Reiki to maintain her health when back in Hawaii.

She received Reiki treatments at the clinic and was finally healed. Takata learned Reiki herself and began practising it in the USA. In 1938 Takata was initiated by Hayashi as a Reiki master. Dr Hayashi died in 1941, just before the war with America. Takata fortunately escaped the incarceration of Japanese-Americans that occurred during World War Two, and Reiki was safeguarded.

Takata established a clinic near Hilo, Hawaii and also another one in Honolulu. She gave treatments and also trained students to Okuden, which she called Level II. She became a well-known healer and travelled to the U.S mainland and to other parts of the world, teaching and giving treatments. In 1970, she trained others in the Shinpiden, or master level, as she began to call it, giving rise to different lineages of masters to the present time.

Today Reiki still exists in Japan, as well as in the West, and is represented by many different Reiki associations.

The methods of teaching and emphasis on different uses of Reiki vary between Alliance, Independent and Radiance schools, and from Reiki master to Reiki master.

The differences are superficial because there is only one Reiki.

Someone who studies hard and works assiduously to improve body and mind for the sake of becoming a better person is called a man of Great Spirit. People who use that Great Spirit for a social purpose, that is, to teach the right way to many people and do collective good, are called teachers. Sensei Usui was one such teacher. He taught the Reiki of the Universe. Countless people asked him to teach them the great way of Reiki and to heal them.

Taken from the memorial to Usui’s virtue. Saihoji Temple, Tokyo