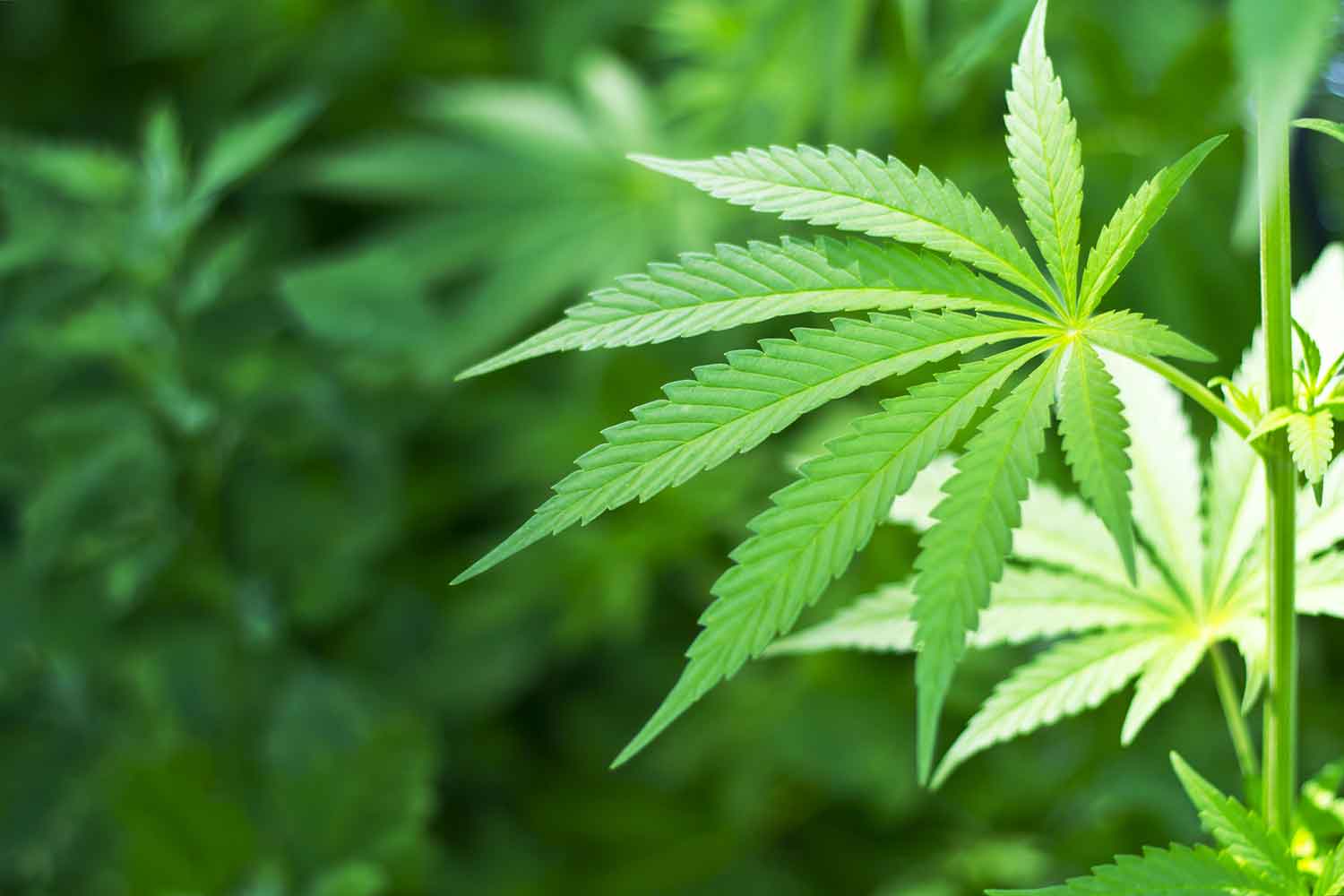 Six months ago I knew practically nothing about medical cannabis. I’d smoked the odd joint in my misspent, nightclub frequenting youth, but even that was a dim and distant memory.

It would seem though that cannabis and I were destined to become better acquainted.

My eyes were opened with a jolt after witnessing the difference cannabis oil made to the final months of my friend’s dying mother. She went from a morphine, pain wracked, haze of confusion, to remaining lucid and almost pain free to the moment she died.

I felt a great sorrow in my heart that so many other people were being robbed of their dignity because someone, somewhere, for some reason had decided that the cannabis plant had no therapeutic use.

So, with every ounce of my being I sent out a promise, both to my friend and to the Universe – to do something about it.

And here I am six months later, writing for a company that makes organic cannabis oil, filling my days with cannabinoids, terpenes, endocannabinoids and Pubmed research papers. And the more I find out, the more steely resolve I have to spread the knowledge about the astoundingly complex therapeutic possibilities of the cannabis plant.

So here are six months of surprising facts I’ve learned that I know you’ll find fascinating too!

1. Cannabis contains over 85 active compounds called cannabinoids
A couple of years ago, an ex-boyfriend made me sit through Rick Simpson’s â€˜Run from the cure’ documentary in which he tells his story of how cannabis cured his skin cancer. There was a bit of chat about cannabinoids, mostly talking about THC. But that was as far as my knowledge stretched. Turns out there are most probably almost 100 cannabinoids in the cannabis plant. Although scientists are still very much in the very early stages of discovering quite how many there are and what exactly they do.

2. Cannabis and Hemp are the same plant
This one really flummoxed me at first. After all, the Body Shop has a whole hemp beauty range – so they can’t be blatantly breaking the law, right? That’s because hemp is effectively cannabis, but â€˜with the fun part taken out’, as my friend’s 82 year old mum likes to say. What that means in scientific terms is that it only has trace levels (less than 0.2%) of the psychoactive compound THC. But it also contains many of the other beneficial properties such as the anti inflammatory cannabinoid, Cannabidiol (CBD), flavonoids and terpenes (the smelly bits). So in most countries worldwide, hemp is considered legal, while cannabis is not.

3. Cannabis is one of the world’s oldest crops
The earliest records of hemp cultivation date back to approximately 10,000 years ago with the discovery of hemp cord used for pottery in Taiwan. 2737 BC sees the earliest use of cannabis as medicine by the Emperor Shen Neng of China. Fast forward a few thousand years and King Henry VIII fines farmers for NOT growing hemp and the British colonies are compelled by law to cultivate it. Even the first drafts of the American Declaration of Independence were written on hemp paper. Although possibly the most illustrious use of medical cannabis in history was Queen Victoria who was prescribed it for her painful periods.

4. Hemp is nature’s own soil detoxifier
I am a total hemp convert. Not only is it a superfood with the perfect combination of essential fatty acids Omega 3 and 6, but it can also be used to make clothes, rope and even building materials. But one of the most fascinating uses is that hemp is a natural soil decontaminant and can clean nuclear radiation from the soil. But there is a word of caution. This makes it vitally important to ensure any hemp/cannabis products consumed are 100% organic certified because if not, you could be imbibing a whole load of nasty stuff too.

5. We have an endocannabinoid system (ECS)
We have an endo-what? While looking at how THC works in the body, scientists discovered that we have a complex network of receptors throughout our brains/ central nervous system (CB1) and immune system (CB2) that interact with cannabis-like chemicals made in the body called endocannabinoids. This system acts to bring homeostasis or balance to all the other systems in the body and is one of the reasons cannabis has such a diverse, therapeutic effect. But why has no one heard about it?

6. The body produces its own â€˜natural cannabis’
When scientists discovered that the CB1 receptor provides the perfect lock for THC’s key, this left them with the question: if the body has all these CB1 receptors, then surely it must produce its own chemical to fit into the lock? And as it happens, yes it does, and it’s been called Anandamide after the Sanskrit word Ananda, meaning bliss. That’s because when the body releases Anandamide, it increases feelings of joy and wellbeing.

7. Runner’s high isn’t just down to endorphins
We’ve all read about how that pumped up feeling after exercise is down to the body’s endorphins. Well, guess what, the endorphins are not working alone. Researchers have found that after vigorous exercise anandamide levels are elevated. Furthermore, some runners even find consuming cannabis before training actually improves their stamina and performance.

8. An out of Endocannabinoid System might be a cause of certain illnesses
Imagine what might happen if your Endocannabinoid System isn’t working properly: you may have too much inflammation in your body, your immune system might attack itself, or you could be oversensitive to pain. Neurologist and psychopharmacology researcher Dr Ethan Russo has developed the theory of Endocannabinoid Deficiency, believing that conditions like IBS, fibromyalgia, migraines and MS are due to an impaired ECS, which can be brought back to optimum functioning by taking plant cannabinoids.

9. THC the one that gets you high – also does other amazing things too
So, remember I mentioned Cannabis has over 85 cannabinoids? Well the most well known, Tetrahydrocannabinol or THC, has received a rather bad rap for being the one that gets people stoned. But regardless of your views on altering your mind, THC is much, much more than that and has been shown to be pain relieving, antiemetic (stops vomiting), kills cancer cells, treats glaucoma and improves appetite.

11. CBD has lots of other therapeutic uses too
CBD is the hot cannabinoid of the moment. While scientists know a lot less about how it functions in the body compared to THC, they have discovered that it is anti inflammatory, can significantly reduce seizures in epilepsy, is a powerful antioxidant and has an antipsychotic effect. CBD is particularly of interest to anyone living in a country or state where cannabis containing THC is illegal.

13. The whole plant has the best therapeutic effect
Nature is a wonderful thing. Somehow she finds the perfect combination of compounds to bring about the greatest effect. In the world of cannabinoid therapeutics it’s been termed â€˜the entourage effect’, which basically means there’s a greater healing benefit to be gained from taking the whole plant with all its cannabinoids, flavonoids, terpenes etc. working together, as opposed to selecting a single compound.

14. Taking as a suppository gets most cannabis into your bloodstream
Smoking a joint is only one way of consuming cannabis. Some people choose to vape, others use cannabis oil sublingually or as a massage oil, but the most effective way of getting maximum amount of the active compounds into the body is through suppositories. This is because they allow for maximum bioavailability, approximately twice the amount of oral consumption. So, it’s time to conquer that suppository stigma and try taking cannabis where the sun doesn’t shine!

15. Cannabis promotes new brain cell growth in adults
Most of us can think of at least one person whose memory seems to have been affected by long term cannabis use, but counterintuitively scientists have found that the cannabinoids THC and CBD actually promote the growth of new brain cells in adults. Cannabinoids also protect against the toxic build-up commonly experienced in an ageing brain, believed to be a precursor to neurodegenerative diseases like Alzheimer’s and Parkinson’s.

16. Cannabis may prevent age related diseases
Current thinking suggests that chronic, systemic inflammation is a cause of many age-related diseases. Turns out that the cannabinoid (CBD) is a proven anti inflammatory agent, as well as being a powerful antioxidant, and scientists are researching its potential as a way of preventing inflammation related conditions such as cancer and autoimmune diseases.

17. CBD can significantly reduce seizures in cases of childhood epilepsy
There have been a number of high profile instances of children with rare genetic disorders like Dravet Syndrome experiencing a dramatic reduction in their seizures thanks to the non psychoactive cannabinoid, CBD. The first to hit the news was Charlotte Figi whose story was told on CNN, and more recently Katelyn Lambert, granddaughter of Australian millionaire Barry Lambert, who was so amazed by her improved condition, he donated $33.7 million to medical cannabis research.

18. Can cannabis cure cancer? The jury’s out.

The internet is full of anecdotal reports of how cannabis healed or brought significant relief to serious illness like cancer. But in relative terms there are very few randomised, three stage clinical trials. Most research until date has been done on animal models, which while suggesting tremendous therapeutic potential, cannot necessarily be applied to humans.

19. The US federal government classes cannabis as having no therapeutic benefit and yet owns a patent for its antioxidant and neuroprotectant potential
This is one fact that really stopped me in my tracks. On the one hand the US federal government remains firm in its position of classifying cannabis as having no therapeutic value, while on the other it holds a patent for cannabinoids like THC and CBD as neuroprotectants and antioxidants. I will leave you to draw your own conclusions.

20. The UK classes cannabis as having no therapeutic value, but one of its cannabinoids CBD, has just been reclassified as medicine
In a similar vein, the UK Medical Healthcare Regulatory Agency (MHRA) recently reclassified Cannabidiol (CBD) as medicine, which at first glance would seem to be a prelude to a general rethinking by the UK government about the status of medicinal cannabis. But it is a double-edged sword, as very soon CBD will no longer be available to British consumers who had come to rely on it for various health conditions, until it has passed through the standard clinical trials undergone by other medicines.

It’s fair to say then it’s been a dizzying six months – and not because I’ve been regularly dosing myself up on THC.

But the main thing I have learned is that nothing is as straightforward as it seems in the world of medical cannabis. There are more conflicting accounts and inconsistencies than there is consensus, particularly as cannabinoid therapeutic research is still in its infancy. However, I remain firm in my commitment to keep informing myself, and through my writing, spread the word to a few others in the process.