This school replaced detention with meditation and the results are stunning! 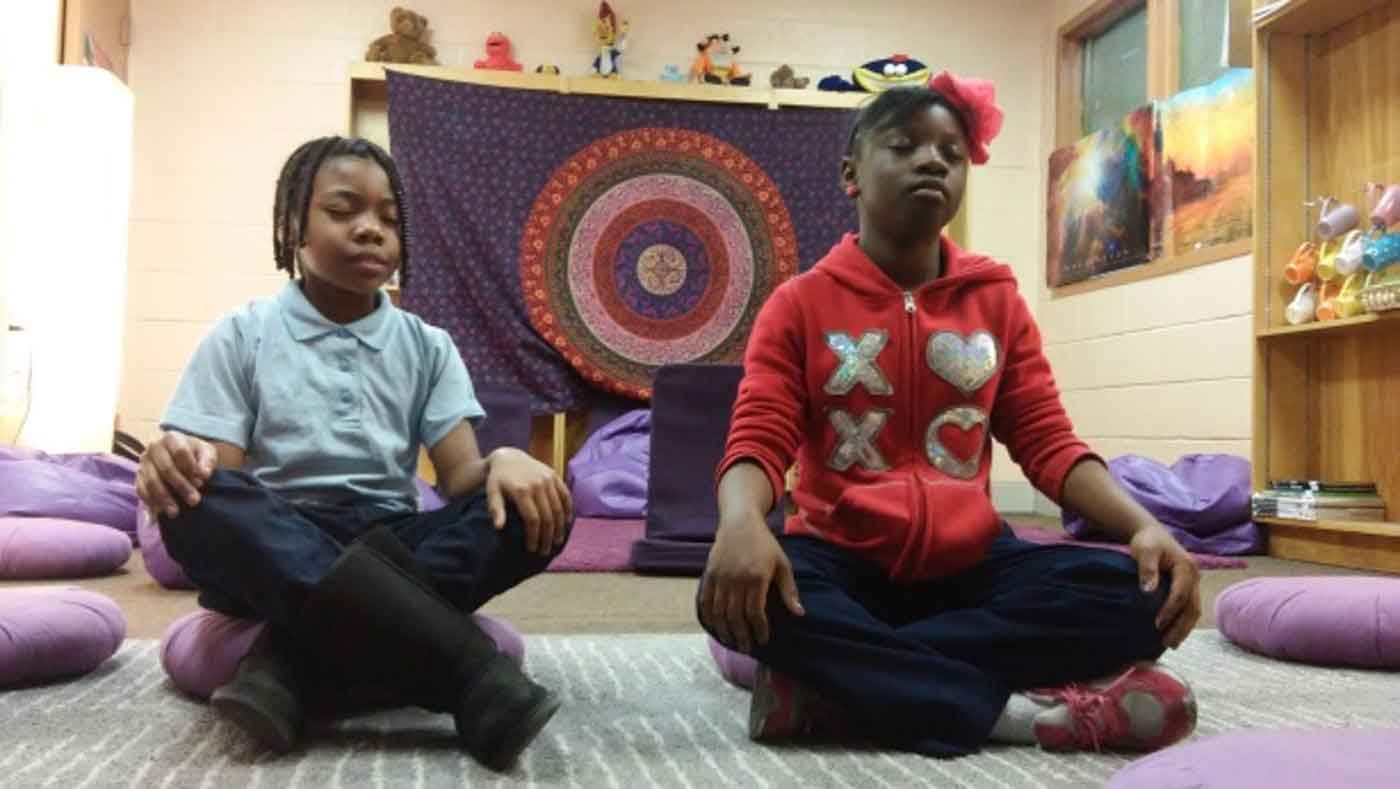 The traditional way of handling kids acting up at school is to immediately give them detention – and if that fails, suspension. Yet this blinkered ‘punishment’ and ‘reward’ mentality has failed to help our children and society at large, if we’re totally honest about it. Just look at how we act, and interact with each other!

I went to a school where detention tended to involve staring at walls, or making those detained write ‘lines’. If it was designed to make any of us think about our actions, it rarely worked. It just fostered a sense of separation and resentment, and pointed out the gross unfairness of an authoritarian system that didn’t understand ‘why’ kids sometimes act out.

Teachers also had the bad habit of punishing the whole class for the behaviours of one or two individuals.

One teacher I remember was well ahead of his time some 30 years ago.  He used to have us sit in silent meditation at the beginning of class – but whilst parents thought he was rather ‘odd’ or ‘weird’, we all gained the benefit of self-awareness from this simple practice.

Using meditation and yoga in schools is now part of a trend in education, often referred to as “whole child” or “social emotional learning.” The idea is to address the social and emotional factors that prevent kids from being able to sit quietly to write or perform well on a math quiz.

It’s part of a move away from “zero tolerance” discipline practices, which often result in kicking kids out of classrooms, toward “restorative justice” practices that emphasise restoring relationships and keeping students in an academic environment.

Robert W. Coleman Elementary School in Baltimore is one such example, and the results of offering meditation has been outstanding!

Instead of punishing disruptive kids or sending them to the principal’s office, the Baltimore school has something called the Mindful Moment Room instead.

The room looks nothing like your standard windowless detention room. Instead, it’s filled with lamps, decorations, and plush purple pillows. Kids are encouraged to sit in the room and go through practices like breathing or meditation, helping them calm down and re-center.

They are also asked to talk through what happened.  This is a self-reflective process that engages that constructively, instead of destructively.

Today’s science is finally catching up with what yogis and meditators have known for decades.

Mindful meditation takes care of our disruptive emotions, and improves an individuals attention span and mental focus. Since kids don’t have so many layers of ‘conditioning’ (false beliefs and judgments) to work through, they are able to reap the benefits more quickly than adults.

Back at the school, the Mindful Moment Room isn’t the only way Robert W. Coleman Elementary has been encouraging its kids.

The meditation room was created as a partnership with the Holistic Life Foundation, a local nonprofit that runs other programs as well.

For more than 10 years the foundation has been offering the after-school program “Holistic Me”, where kids from pre-kindergarten through the fifth grade practice mindfulness exercises and yoga.

“It’s amazing,” said Kirk Philips, the Holistic Me coordinator at Robert W. Coleman. “You wouldn’t think that little kids would meditate in silence. And they do.”

The kids are even bringing that mindfulness back home with them to educate their parents about those real benefits. In the August 2016 issue of Oprah Magazine, Holistic Life Foundation co-founder Andres Gonzalez said: “We’ve had parents tell us, ‘I came home the other day stressed out, and my daughter said, “Hey, Mom, you need to sit down. I need to teach you how to breathe.”‘”

The program also helps mentor and tutor the kids, as well as teach them about the environment.

They help clean up local parks, build gardens, and visit nearby farms. Philips said they even teach kids to be co-teachers, letting them run the yoga sessions.

This isn’t just happening at one school, either. Lots of schools are looking to embrace this type of holistic thinking, and it’s producing incredible results.

In the U.K., for example, the Mindfulness in Schools Project is teaching adults how to set up programs. Mindful Schools, another nonprofit, is helping to set up similar programs in the United States.

Philips said that at Robert W. Coleman Elementary, there have been exactly zero suspensions last year and so far this year. which is an incredible testimony to the program!