Endo-what? Learn About This Health Giving Secret That Few People Know About!

This is a health giving secret that only a few people know about. It’s called the endocannabinoid system (ECS) and in simple terms it’s a vast network of chemical compounds and receptors regulating everything from appetite, the immune system, the inflammatory response, aging, and memory.

The name comes from the cannabis sativa plant, because scientists found that the body makes its own chemicals called endocannabinoids that produce a relaxing sensation similar to smoking cannabis.

Our Bodies Produce Their Own Kind Of Cannabis?

Yes, that’s right. And not only that, but some of the chemicals in cannabis, called cannabinoids, fit snuggly into the body’s receptors, eliciting a whole host of purported therapeutic benefits such as being anti inflammatory, neuroprotective, and anti-epileptic.

How You You Benefit From Boosting Your ECS

Some scientists believe that an out of whack endocannabinoid system could explain the onset of many conditions such as fibromyalgia, IBS, depression, MS, Parkinson’s and migraines â€” a good reason to get your ECS in shape.

Get Your Endocannabinoid System Working Like A Well Oiled Machine

Living a balanced, healthy lifestyle, eating green vegetables, doing exercise, and getting plenty of sleep all help to keep your ECS ticking over. But here are some more specific suggestions if you feel like yours needs a bit of a boost. 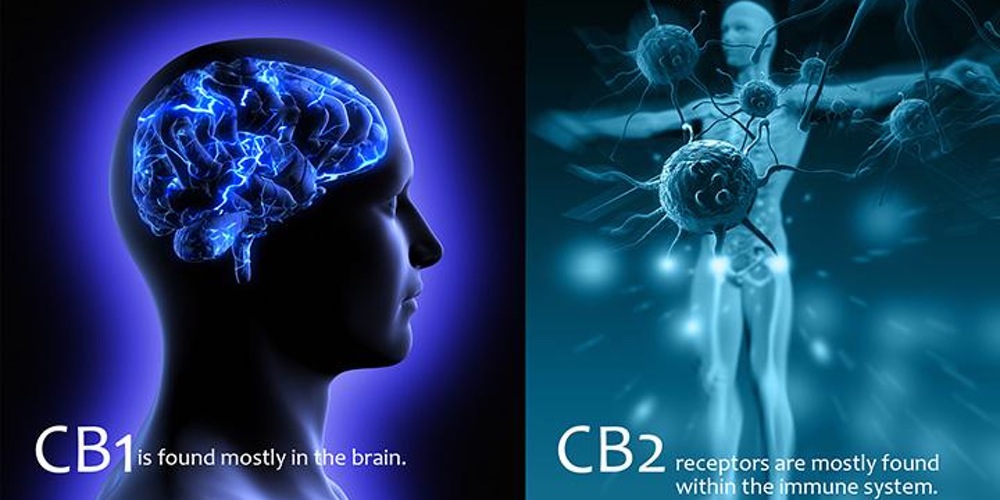 1. Bump Up Your Omega 3 Intake

Omega-3 fatty acids are vital to ECS health as without them, the endocannabinoid CB1 receptors may not form correctly, which scientists believe could result in “impaired emotional behaviour.” For many years people have turned to fish oils as a source of Omega 3, but if you’re vegetarian or worried about mercury contamination in fish, look no further than the humble hemp plant. Hailed as the latest superfood, it comes as an oil, in seed form, or as hemp protein. However, shop with care â€” it’s a growing market with varying quality, so be sure to choose organic.

Working out seems a little obvious, but did you know studies suggest the much-reported “runner’s high: is not actually caused by an endorphin rush, but by an increase in the production of endocannabinoids? So get running, do yoga, or whatever floats your exercise boat, provided it’s not done under duress. Forced exercise can be a stressor to the body and actually decreases endocannabinoid receptor signalling.

Many of us already keep Echinacea in our medicine cabinets for times when our immune system needs a boost, but Echinacea also contains alkylamides, which are agonists of the CB2 endocannabinoid receptor and could explain its role as an immunomodulator.

Studies show that ethanol dampens the endocannabinoid system. If you’re an occasional drinker, it’s probably not a problem, but it is suggested that chronic or binge drinking can desensitize endocannabinoid signalling.

Leafy greens, as well as oregano and black pepper, contain beta-caryophyllene, which is classed as a terpene. Terpenes give plants their distinctive smells, but are also thought to have health giving properties. In the case of beta-caryophyllene, studies suggest it has great potential for inflammatory conditions and autoimmune disorders, as it activates the peripheral CB2 endocannabinoid receptor.

A study carried out on Osteopathic patients showed that levels of the feel-good endocannabinoid Anandamide more than doubled after a treatment. Now there’s an even better excuse to lie down on that massage couch.

Another powerful cannabinoid is CBD, or Cannabidiol, which promotes a healthy, functioning endocannabinoid system. CBD can be extracted from the hemp plant but be sure to find a quality, organically grown source.