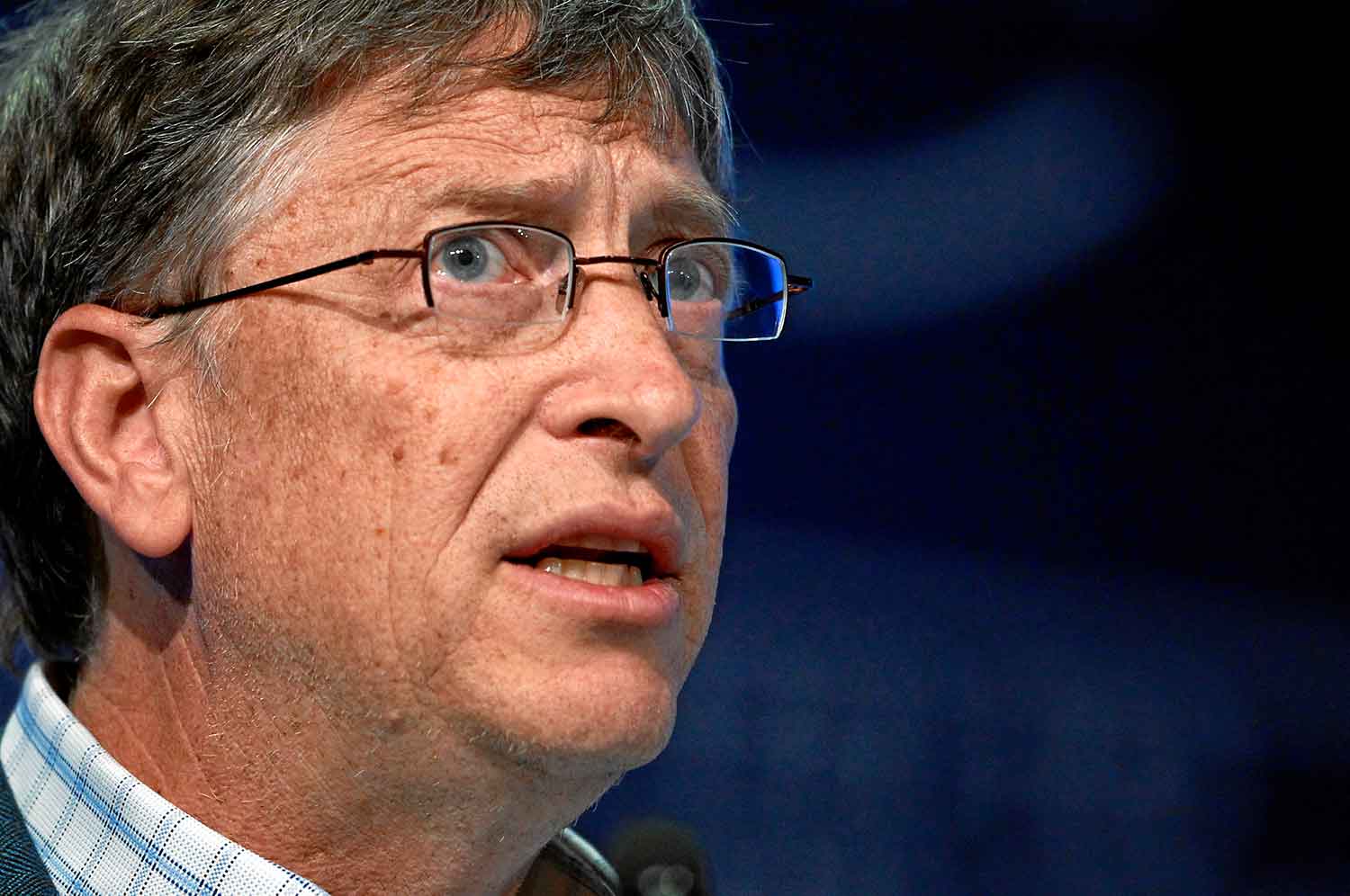 A petition to investigate Bill Gates for “crimes against humanity” and “medical malpractice” has so far gained a staggering 456,869 signatures from concerned citizens, quadrupling the number required to get a response from the White House.

The “We the People” petition asks the federal government to call on Congress to investigate the Bill and Melinda Gates Foundation, stating that “Congress and all other governing bodies are derelict in duty until a thorough and public inquiry is complete.“

The petition created on April 10 reached the threshold of 100,000 signatures within days and is currently one of the most popular petitions on the site.

As the White House’s “We the People” website explains, the petition platform empowers every American citizen “to become an agent of change” – and, if a petition gains 100,000 signatures in 30 days, the White House will “make sure it gets in front of the appropriate policy experts”.

“We the People is a platform that empowers the American public to take this action like never before – it’s a way for anybody, anywhere, to speak directly to the government and become an agent for change.

Robert F. Kennedy Jr., the nephew of the late former President John F. Kennedy, has been vocal in criticising Gates for what he describes as a “messianic conviction that he is ordained to save the world with technology.”

“Vaccines, for Bill Gates, provide a strategic philanthropy that feed his many vaccine-related businesses (including Microsoft’s ambition to control a global vac ID enterprise) and give him dictatorial control over global health policy—the spear tip of corporate neo-imperialism,” Kennedy Jr. wrote.

“Gates’ obsession with vaccines seems fueled by a messianic conviction that he is ordained to save the world with technology and a god-like willingness to experiment with the lives of lesser humans.”

GLOBAL CONCERN OF OVERREACH AND CORRUPTION

And it’s not just Americans who are concerned about the overreach of Bill Gates and his cronies.

That dialogue alone should be ringing alarm bells for anyone who’s even the slightest bit awake.

With so many independent voices speaking out against the corruption of the WHO and Gates, it’s obvious why the media is not speaking out.  For a long time, our global media has been bought out and the few control the scripts.

One great site that counters the misinformation and disinformation from mainstream media is the science on www.questioningcovid.com

More recently, investigate reporter Zed Phoenix has been courageous enough to speak out on the matter in the UK, providing an in-depth analysis of the corruption that supposedly goes all the way to the very top.  Here’s a summary of what he found.  The video speaks for itself.

IS BILL GATES RUNNING THE UK POLICY ON VACCINES?

Notes from interview with Investigative Reporter Zed Phoenix on April 23, 2020 >>

Christopher Whitty is an English physician and epidemiologist who is Chief Medical Officer for England, Chief Medical Adviser to the UK Government.

As it stands right now, he will be on the executive board of the WHO. So where does his allegiances lie? To the British Public, or his funders?

Whitty received a grant for £31M from the Bill and Melinda Gates Foundation, under the guise of ‘philanthropy’.

Whitty is being very hardline about what the British people should expect over the next few weeks and months – not to ‘expect things to return to normal until a vaccine is given to the general public.’

Sir Patrick Vallance, former President of R&D at GlaxoSmithKline plc, and Whitty take advice from the WHO – funded by the Bill and Melinda Gates Foundation.  The USA dropped out of funding the WHO.

Side note: Who’s on the SAGE committee advising the UK government?  Nobody knows.

The UK media knows this but they aren’t informing the public – why?  Total media silence on this.

The UK vaccine network (a working group) is going to make decisions about which vaccines – and only 2 of 37 people are NOT on the payroll of the Bill & Melinda Gates Foundation and/or the WHO. Most are being funded by them now or work directly with them now.

Dr. Ian Hudson (former CEO of the MHRA, the medical regulator) is also on the panel.

“This is corruption of the highest order.” Zed Phoenix

If this wasn’t nefarious, why didn’t the UK Government put Dr. or Professor in front of the names listed?  And why didn’t they put the companies they work for?  Because, if they did, it would read Bill and Melinda Gates Foundation (BMGF) for all of the document!

They changed a few of their names – e.g. Mike was actually Michael etc.

Bill Gates has control of the test for the vaccine already.

Tests will be sold at around £225 each! That turns into £14bn for Bill Gates and his company!

To Bill Gates, investing £2bn is nothing, when he is making £43bn!

The UK Vaccine Network is a big smokescreen for Bill Gates, GSK and WHO.

The government has been blinded by greed and Bill Gates’ “hero” status.

Bill Gates has thrown about 1bn at scientists over the last decade (at least) – he’s bought scientists from prestigious institutes.

Bill Gates own the product and supply chain, so it’s actually ‘racketeering’.

The British media has been destroyed – e.g. The Guardian is funded by the Bill and Melinda Gates’ Foundation!

Change.org, the petition site is also heavily funded by BMGF and they have removed petitions against the Corona Virus Bill, and also Bill Gates.

Corporate Media will only follow the FEAR narrative of ‘conspiracy theory’ about a ‘new world order’.

Now we know that this new world order comes from China, Bill Gates and WHO – and the media are under complete control.

The media will only focus on these issues if they can run the theme ‘conspiracy theory’! And the general public are then known to switch off.

Bill Gates has backed every horse in the Grand National, and knew about the Corona Virus pandemic as per his Ted talk back in 2015, so how complicit in the creation and spread of the virus is he?

Gates and GSK has a £1bn “investment deal” which will generate £45bn.

Make no mistake, this level of corruption is a Crime Against Humanity, and needs to be treated as such.

Vaccitech is owned by a subsidiary of Google, also in this. https://www.vaccitech.co.uk

The real agenda is about FEAR and CONTROL.

“Due to the overwhelming evidence of unethical professional and financial ties between the British Government, The WHO (The World Health Organisation), The Bill & Melinda Gates Foundation, GlaxoSmithKline, and the GSK/Gates Foundation backed UK Vaccine Network, brings into question the ethics of any vaccine produced.

We (the General Public) are concerned that any vaccine produced by the above named entities, might be harmful to the public’s health.

During previous vaccine programmes conducted by GlaxoSmithKline and The Bill and Melinda Gates Foundation, harmful additives were found by scientists to be included in their vaccines.

These additives were, Anti-HCG (Anti-Human chorionic gonadotropin) CTP amino acids and Anti-GnRH, which are designed to cause infertility in men and women.

Out of 63 women given the Anti-HGC, CTP vaccine by GSK and The Bill and Melinda Gates Foundation, 61 women became infertile.

Covid-19 virus, falls under the Control of Disease Act 1984, which regulates the mandatory vaccinations of the population in regards to communicable and infectious diseases such as Tuberculosis and now Covid-19.

The public’s right to “Informed Consent” is lost under this act and patients can be forced to take any and all medications by any Government authority.

This happened at the North Manchester General Hospital. The Control of Disease Act was used to detain a man for inpatient treatment of TB against his will. The act was used to prevent the spread of TB to the wider public by forcing treatment onto an individual who was not compliant.

If we (the General Public) have lost our right to “Informed Consent” due to a mandatory vaccination programme, we must be assured that all vaccines provided by the Government are not designed intentionally or unintentionally to harm the general public now or in the future.

The inclusion of harmful additives is of great concern to the British public, as any resulting drop in the fertility of both men and women combined with new cancer clusters, would have catastrophic consequences on the population and productivity of the country.

If harmful infertility additives were included in any vaccine, it is estimated that within 7-10 years after receiving the vaccine mass infertility would present itself across the population. Resulting in mass panic as birth rates would vanish across the United Kingdom and Northern Ireland.

We also believe that a mandatory mass vaccination programme, which may be seen by the population to be unsafe, by rushing a vaccine into production, could lead to civil unrest.”

Sign here if you are in the UK, and make sure you share via social media, WhatsApp, email etc! > https://govote.org.uk/topic/independent-safety-testing-of-the-covid-19-vaccine-1

One response to “COVID-19: White House petition to investigate Bill Gates for ‘medical malpractice’ and ‘crimes against humanity’ gains momentum”