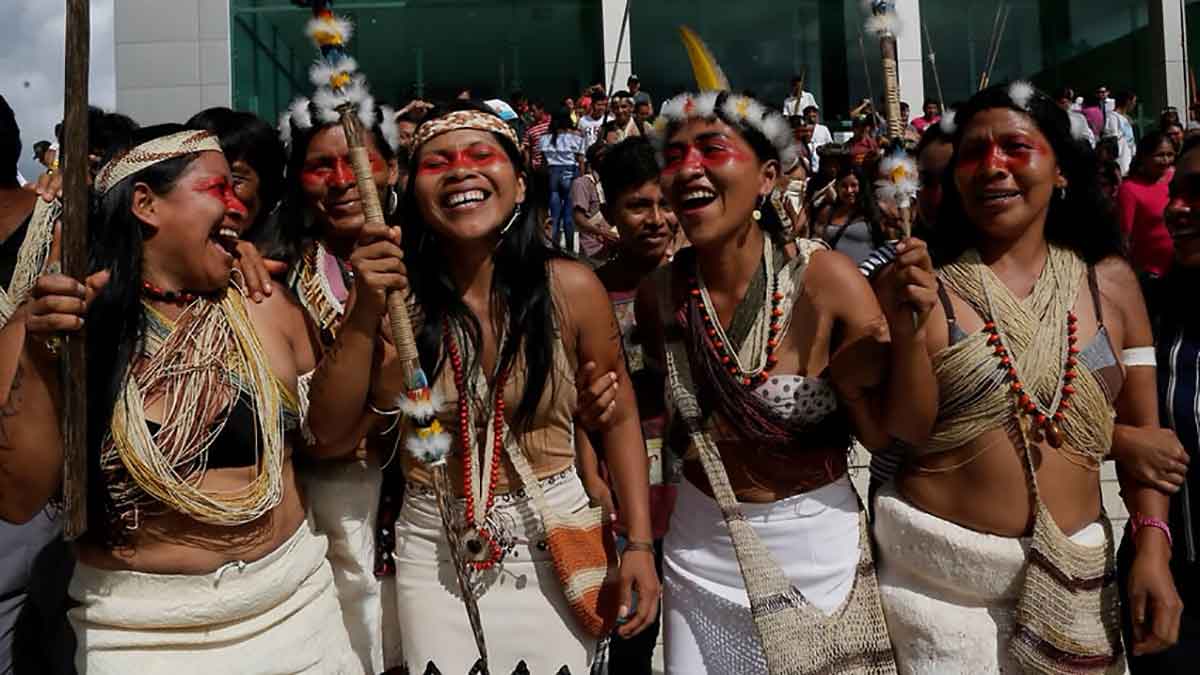 Waoranis and leader Nemonte Nenquimo celebrate after a judged ruled in their favour. Source: AAP

After two weeks of deliberations, a criminal court in Puyo, central Ecuador, accepted a Waorani bid for court protection in Pastaza province to stop an oil bidding process after the government moved to open up around 180,000 hectares for exploration.

The lands are protected under Ecuador’s constitution that establishes the “inalienable, unseizable and indivisible” rights of indigenous people “to maintain possession of their ancestral lands and obtain their free adjudication.” 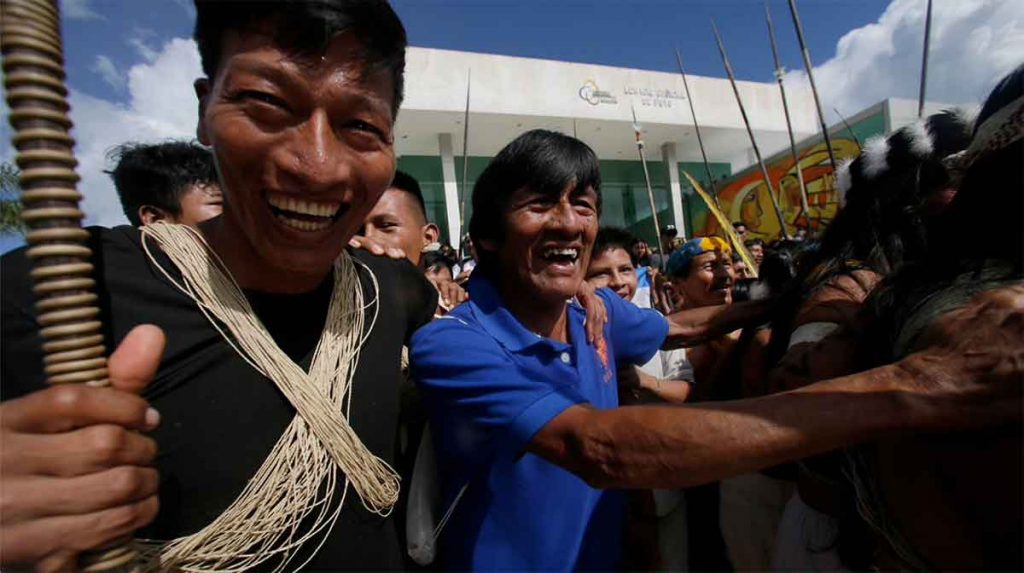 Waoranis celebrate after the court ruling.

Crucially, however, the wealth in the subsoil is owned by the state.

The constitution also enshrines the need for prior consultation on any plans to exploit the underground resources, given the probable environmental and cultural impacts on tribal communities.

The state reached an agreement with the Waorani over oil exploration in 2012, but the tribe’s leaders say they were duped.

The judges ordered the government to conduct a new consultation, applying standards set by the Inter-American Court of Human Rights, based in San Jose.

The ruling “has created a significant precedent for the Amazon,” said Lina Maria Espinosa, attorney for the plaintiffs, outside court.

“It has been demonstrated that there was no consultation and that the state violated the rights of this people, and therefore of other peoples.”

The Waorani, who number around 4,800, also inhabit other Amazonian provinces.

In closing this is a fantastic victory for those of us who want to inhabit a more conscious, and sustainable, world.  Our world is dying because of the greed of just a few — but with enough power to cause destruction on such a massive scale that we will eventually see the devastation all life on the planet if we don’t reverse these power imbalances now.

Over twenty percent of the oxygen in the world is produced in the Amazon Rainforest, and that more than half of the world’s 10 million species of plants, animals and insects live in these tropical rainforests.

This ruling, and similar concerns, truly affect all of us.