Japanese Master Demonstrates The Power Of Chi By Controlling Animals! 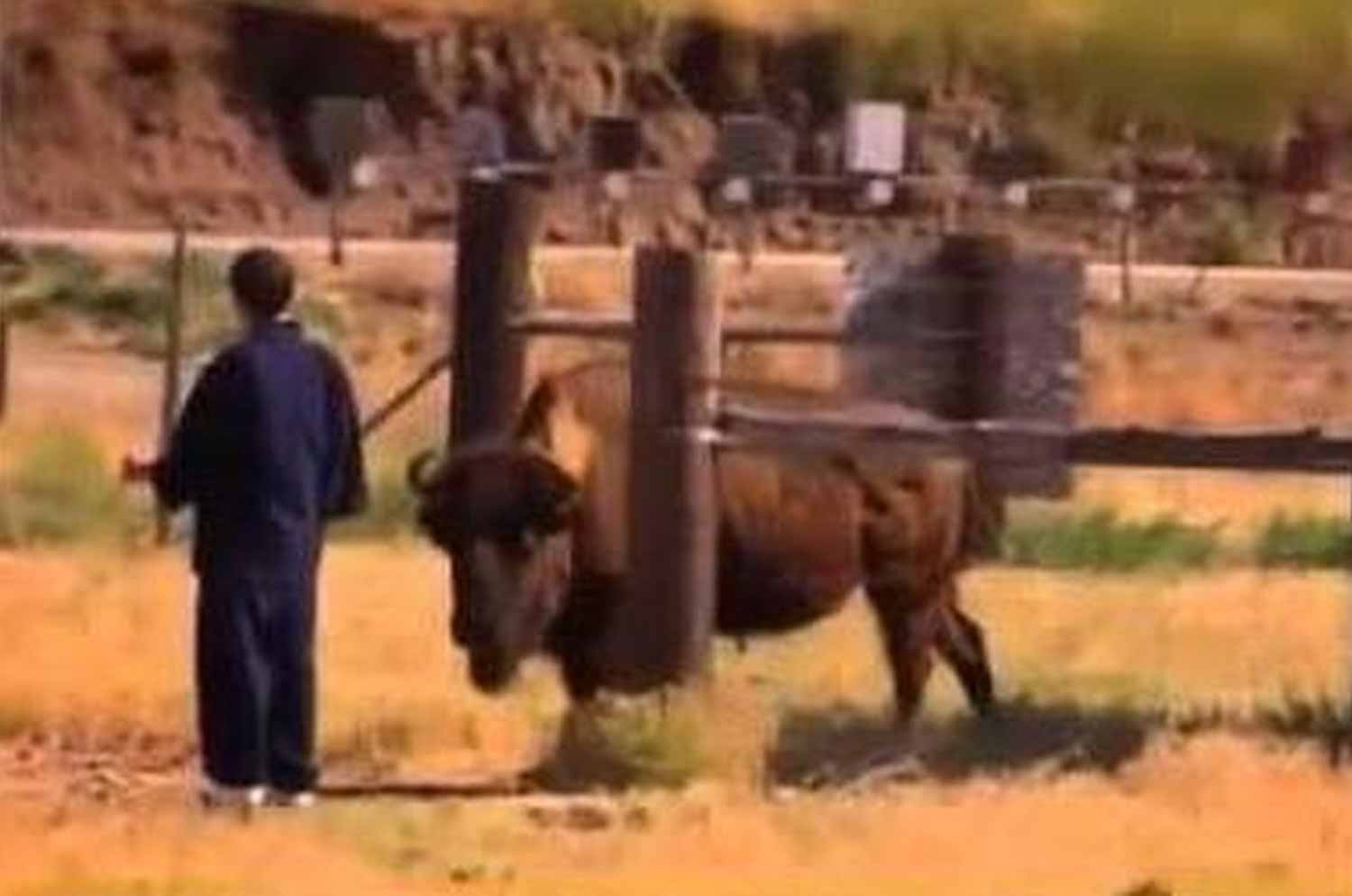 Master Kanzawa is a “Ki” (or Ch’i) Master and when asked about his amazing ability he simply says “I exchange energy with the animals, and then they go to sleep.”

For centuries, mainly in secret, certain men and women have practiced the art of being attuned to the subtle presence of Chi, or life force energy. It emanates from every living being – and, with the right knowledge, can be manipulated.

Qigong is the practice of cultivating the energy, and Japanese Ki master, Kanzawa Sensei is known for his ability to control animals with the power of his mind and chi, a rare and extraordinary example of the powers of Qigong. By standing near animals, concentrating his mind, and manipulating chi with his hands, he has demonstrated that he can calm, entrance, and even put to sleep many animals, including buffalo, elephants, even ostriches.

As he explains it, he exchanges “energy” with the animals, and then they go to sleep. It’s as simple as that.

Featured in an episode of the television program, “Stan Lee’s Superhumans”, Master Kanzawa is seen visiting an alpaca ranch in California, where he baffles ranch owner Cecilia Secka by subduing an entire herd of her alpacas. In addition to this remarkable demonstration, a subsequent message on the ranch’s website notes that after the filming, Master Kanzawa did some extraordinary healing work to an injured animal:

“What he did after the filming though was most extraordinary as he worked with one of my female alpacas who that same morning was behaving very strangely. She was almost paralyzed in her hind legs and hips as well as not being able to eat as if her jaw was paralyzed. I gave her some Banamine hopeing that would help. As the day went on she showed no improvement. I told Mr. Sensei about her and at the end of the day he went to see her. She was still not able to eat. Mr. Sensei started working on her, standing 4-5 feet away from her, just using his mind and Chi power. We gradually started seing improvement and after about 20 minutes she was fully restored, moving and eating totally normally. She has never had the symptoms again!” (Sweet Water Alpaca Ranch)

Further in the video presentation, Master Kanzawa is seen working with a herd of buffalo, an unapproachably large and dangerous animal. As witness to this, a veterinarian familiar with buffalo was present, and was, of course, flabbergasted by what Kanzawa Sensei was able to do with these enormous beasts.

The comments between the host and the veterinarian after Master Kanzawa subdues the buffalo get right to the heart of the blind spot in Western science, showing how there is simply no room in the current paradigm for this ancient wisdom.

Host: “Doctor, there any way to explain this in the realm of science?
Veterinarian: “Not in the medicine I know.”

Life is surely connected in ways more subtle than most of us can ordinarily sense – and only the murky realm of quantum science begins to explain extraordinary phenomena such as this.