Staying Centered In A Wild World 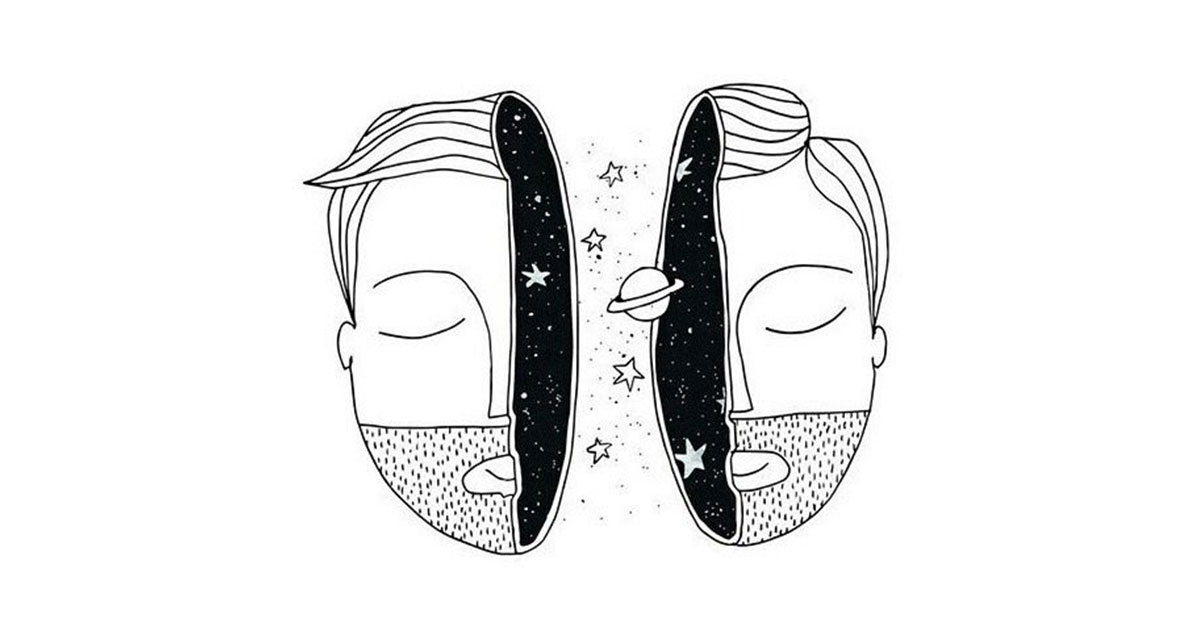 Before going to bed, my wife Michelle and I made the mistake of reading some mainstream news headlines, which – as you know – are fear-based with only small bits of levelheaded truth.

Not a smart way to end my day!

“If it bleeds, it leads!” This saying was true when it was first spoken a few decades ago, but is probably truer now than ever.

The tricky thing about fear is that it can be contagious, like a wild fire. It doesn’t tend to stay contained within the words of the worrisome news story you’re reading. The tension might spark there, but it often spreads into other realms of our awareness, tinting the lens that we’re viewing our world and our selves through.

Off to sleep I went.

A few hours later, I woke up with my brain awash in a blizzard of thought. These eye-grabbing news snippets had been working overtime in my subconscious while I was in dreamland.

I lay there, staring up at the ceiling in the darkness, thinking about my son, about my wife, my family, my neighbors, my earth. Try as I might, I couldn’t get it to quiet down. I tried meditating, tried using EFT Tapping, tried mantras… but the frenzy still prevailed.

After about twenty minutes, my mind quieted down for a few breaths, but then a subtle thought got its foot in the door, and allowed a flood of monkey mind static to enter in behind it.

As the storm began to rage again, something inside me spoke, giving my body a clear order to get up and grab a pen and paper.

“You need to drain your brain of all this.”

Next thing I knew, I was getting out of bed and walking up the stairs to our kitchen. I fumbled through our junk drawer and grabbed a pen, walked over to my backpack, and pulled out a pad.

What do I write? “Exactly what you are thinking.” Oh.

I hesitated at first, not wanting to give these slightly embarrassing admissions of fear any formal acknowledgement in my physical reality – on paper.

“Let’s just start with one”, I told myself. I took a deep breath and began to write one of the limiting thoughts that was running through my mind. One of my own negative internal “headlines” that was keeping me awake at 3:00 in the morning.

The act of writing it felt like a confession.

But as I wrote down each word of this deeply personal notion of worry and self-criticism, a bit of tension released and my stormy mind began to quiet.

So I wrote more.

Each line I wrote revealed another eager thought that begged to make my list.

I sat there at my kitchen table, beginning to feel my ship right itself in the water. The sensation you feel when you finally get the care or mentorship that you’ve needed for a long time.

I scribbled until I couldn’t think of any other negative or worrisome thing to write. And then the best thing in the world happened.

I yawned. So I went to sleep.

Sometimes, just getting these thoughts, whether real or completely made up, out of your head and onto paper is all you need to do to get some perspective and relief. Most of them are just there to be seen and acted upon in some way, and as strange as it sounds, simply writing them down can send them on their way.

As I was drifting off to sleep, one of the negative headlines began to creep into my awareness again, and I witnessed my brain do the oddest thing in response. It gently re-assured itself, “Don’t worry, we already have that one written down. He won’t forget it if it’s important.” And with that, the thought vanished.

Our world holds immense beauty and opportunity for wisdom, but does face very real problems that we humans must come together around. If we are to do the sacred work of steering this planet in the direction of compassion and peace, we need to keep a clear head and let our hearts lead.

Yes, we all have a responsibility to know what is happening on a national and global scale – whether it’s a tsunami hitting the coast of Japan, or a historic stand in North Dakota led by a sacred gathering of brave Native Americans. But our duty to our selves is to be clear channels and let our higher guidance shine through, sorting out the truth from the over-sensationalized hubbub.

The writing exercise above helped me to that end and I hope it does the same for you.

We’re all in this thing together,

Originally published on The Sacred Science