Indian Champissage: Combining the power of touch with ‘energy medicine’ 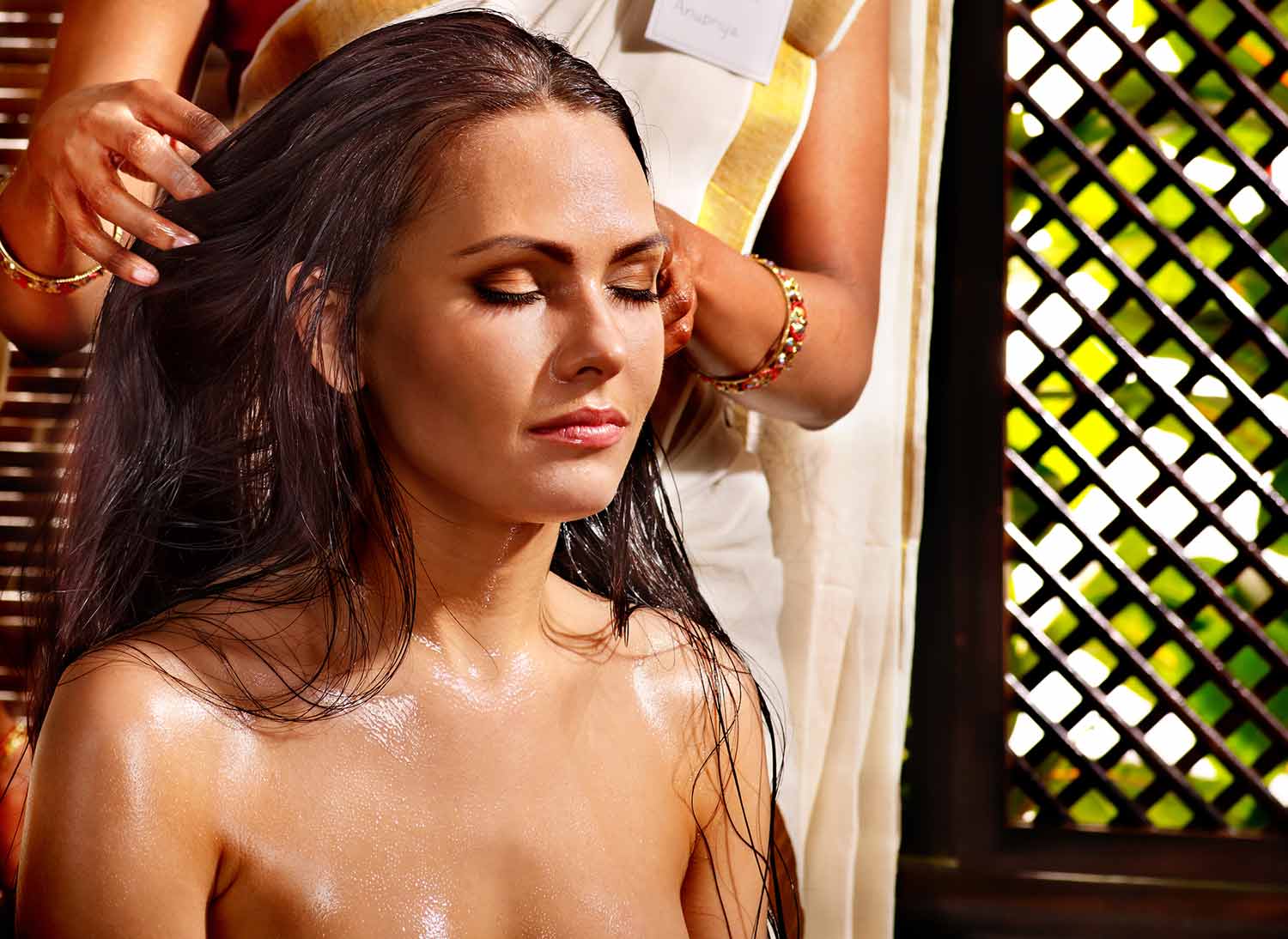 On the surface it looks simple and ‘nothing much’ but there’s more to this treatment than meets the eye!

Once of my yoga students recently jumped at the chance to learn. She was a bit of an entrepreneur at heart, as she already owned a successful beauty clinic, and was looking for a way to broaden her skill set and get more involved with her client’s needs. Deep down, she wanted to do something that would fundamentally change people’s lives!

As a dedicated yogi, with a strong daily practice, Anika already understood that the experience and expression of a person’s life is fundamentally governed by their inner state of awareness. However, since she hadn’t done any type of massage before, she was a little nervous about the more practical aspects of the course.

At the beginning she didn’t quite know what to do with her hands – and being right-handed, she felt her left-hand just wouldn’t listen to what she was telling it to do! However, over the weekend, with more practice and understanding, her mind absorbed the teachings and she found that her body ‘knew’ what to do. Granted, it wasn’t yet perfect, but she still had her case studies to look forward to, which she knew would help her hone her skills and make everything come together.

After the course, Anika was keen to get on with her case studies – but whilst she definitely felt more comfortable with the techniques she had learned, she now felt rather unprepared to do her case studies. Even though she technically â€˜knew’ everything, she lacked experience! All students go through something quite similar, so it seems to be a rite of passage – and good character building!

At first she found herself nervous and unsure of her abilities… but as soon as she stopped trying to do everything ‘right’, and just began to listen to her hands and her own inner guidance, her nerves disappeared and her case studies began to feedback remarkable experiences.

All her case studies fed back to Anika just how much her ability to give a Chamipissage treatment was improving between each session, and they all had very positive things to say!

One particular client began a remarkable transformation over the course of just a few short weeks.

Mia was a very close friend of Anika, so Anika was expecting this particular case study to be a breeze… what do they say, always expect the unexpected!

After her very first treatment Mia wasn’t happy at all! She actually became very angry, judging Anika’s performance and snapped at her! Momentarily, Anika was shocked and wasn’t quite sure how to react, or what to say, but all the students had learned during the course that it was okay, and perfectly natural, for deep rooted feelings and emotions to come up during energy treatments, or immediately afterwards, and she relayed that information to Mia, asking her to trust the process.

After just one treatment, Mia had already started the process of self-transformation, but it was only after the second energy treatment that Anika realised just how much!

Whilst giving the second treatment, Anika sensed blocked energy in Mia’s throat area (the energy was ‘heavy’), and realised it was the energy in her throat chakra opening up. The results of the energy treatment were impressive to say the least!

Usually, Mia was the sort of person who would do what others wanted, and wouldn’t speak up even if she didn’t want to do something. She just couldn’t say ‘no’ to others! Yet, even after the first Champissage treatment, she suddenly found herself being able to say ‘no’ to other people! Mia was very surprised to find a new sense of self-confidence appearing.

Over the course of her treatments Mia reported that she was more in touch with her feelings, and more aware of her reactions to situations and the people in her life, whereas before she just didn’t notice at all!

She began to start accepting herself as she was, rather than trying to be someone she wasn’t, and even decided to stop dying her hair, and to go back to her natural hair colour. This meant publicly showing grey hair, a very brave choice for a woman in our ageist society!

Anika continued to sense shifts in the energy field, what we could call ESP (extra sensory perception). I believe we all have this ability but we tune it out, or dumb it down from a young age due to society’s beliefs about what is acceptable.

During one session, Anika felt a really strange sensation whilst working on the pressure points of Mia’s face. She felt as if her hands were full of dirt which she needed to continually ‘shake off’.  It was a rather strange sensation.

After the treatment, Mia remarked that she had a sharp pain in the liver during the treatment, and Anika intuitively realised that this was anger coming up for release, and that the emotion was presented as a ‘heavy’, ‘sticky’ or ‘dirty’ energetic quality whilst massaging the face.

Of course, not every client will be ready to release their emotions so quickly. The depth and rate of change varies from client to client, depending on their needs.

Nonetheless, I can safely say that Indian Champissage is an invaluable tool to help clients release old, stuck patterns, and to facilitate personal growth, and it is quite common for clients to go through physical, mental and emotional shifts over a course of energetic treatments – even subtle ones are important.

Anika was excited about Mia’s shifts but she was surprised that some of her other case merely reported feeling relaxed or energised from the treatments, rather than anything really ‘life changing’.

However, she has since learned that all people will go through changes and shifts in awareness at different times, and not to judge herself or the client if the client responds positively, negatively, or not at all to any treatment,. They are all receiving and processing energy at different levels of awareness, and taking what they need from each treatment.

When I asked Anika what she had learned most from her new experiences, she said that by working with others in this way she has come to understand her own personal energy better and what she has to give: “If you don’t start to give, you don’t know what you have!”

She was also learning not to take on board other people’s negativity, but instead to see what energies were coming up, and to help her clients move through the difficult ones. She was becoming much stronger in herself as a result.

She loved how she was beginning to really get into the zone, and even to feel subtle energies and see colours, as well as the more ‘physical’ aspects of her client’s bodies – their tensions, knots and tissues!

During the energy balancing part of each treatment, Anika would often see subtle colours: light blue at the throat, shades of indigo at the third eye, and violet or white at the crown. She thought that other practitioners also saw these colours but has since realised she has a gift. Once she was giving a Champissage treatment to a Reiki master and she noticed that all the chakras were glowing white, even though she expected to see the usual colours! It was truly amazing what her hands, eyes and all her inner senses were picking up on!

After only a few weeks Anika’s case studies empowered her, and she found herself giving nourishing treatments and generating repeat business! She was really excited about how to take this therapy forward professionally, and I have no doubt that she will be a great success and help many others along the way!

If you would like to have fun learning this ancient art, and how to give empowering and healing treatments to friends, family and clients, sign up for one of Energy Therapy’s next Indian Champissage courses.

Feel free to get in touch if you have any questions, I’d be delighted to help!

4 responses to “Indian Champissage: Combining the power of touch with ‘energy medicine’”