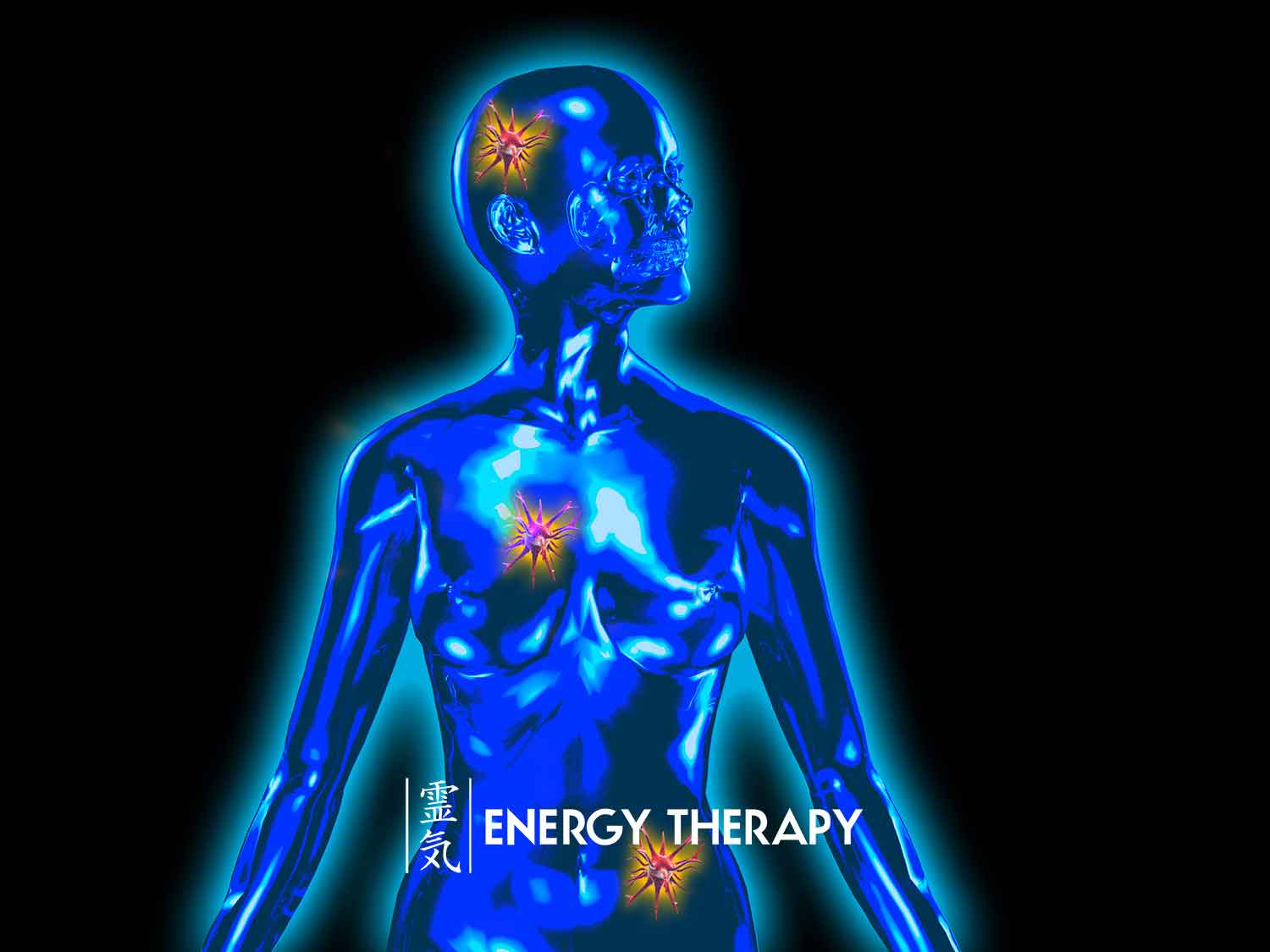 Energy Medicine is the art and science of fostering physical, psychological and spiritual health and well-being.” Donna Eden

You are a living matrix of energy.

As modern medicine continues to fail to stem the rise in 21st Century diseases (e.g. diabetes, heart disease, cancers and death by medicine itself), people are being forced to look elsewhere and get out of their materialistic box.

This is the age of personal responsibility – no longer can we stay passive as the world becomes ever more unstable and chaotic.

Life is propelling us forward, demanding we make changes in our diet, exercise routines and how we take care of stressful emotions and reactions, whether that is through yoga, meditation or some other form of directly changing our consciousness.

A lot of people still have a hard time believing they are walking ‘energy fields’ largely because they have no direct perception of it. After all, it is not taught in schools.  Academia rules over intuition.

We are all being compelled to know ourselves as multi-sensory and multi-dimensional; and we will soon discard the erroneous belief that we are simply some sort of sentient meat.

Thoughts and emotions direct our biology, much more than we realise.  Aside from key biological processes, run by the subconscious mind (computer), our daily thoughts and emotional reactions determine our physical and mental health.

Over a century ago, Einstein shattered the idea that we live in a strictly Newtonian Universe, where everything can be defined and measured.  Further discoveries in Quantum Science have shown us a bizarre microcosmic world where everything is in constant flux, and nothing can be taken for granted.

Healing of the body is influenced at this level – the level of energy.

The influence of ‘intent’ has shown that any observer is actually a ‘conscious participator’, influencing the outcomes of what he or she is observing.

How we observe illness, and how we deal with it, affects whether or not that illness fully heals.

The pharmaceutical industry continues to deny this, and continues to assert the materialistic paradigm – because it is in the best interests of their share holders, not yours.  If they can keep you hooked, then you will soon be taking myriad drugs to combat all of the side effects of taking the first drug.

Despite the skepticism of those who wield great power, society has shown respect for the holistic movement and energy medicine by its growing interest in learning more about this field and choosing to seek out alternative healing methods for treating diseases of body and mind.

Energy Medicine is safe, nature and accessible to all, blending contemporary approaches and ancient wisdom.  It ranges from electromagnetic and imaging technologies used in today’s hospitals to timeless shamanic, energy-based principles. The Shaman has been painted as an ignorant savage by the medical community – but the Shaman understood that disease in the body was because of disease in the mind – that is to say, in the ‘energy field’ of the patient.

The term ‘Energy Medicine’ has a double meaning. Energy (known as ‘chi’ or ‘ki’ or ‘prana’ in the East) gives life to the body. Medicine is an agent used to heal or prevent disease. In Energy Medicine, energy is the medicine.  This ‘medicine’ is applied to the body’s subtle energies – those energies that cannot currently be measured by today’s scientific instruments but which can be sensed by our inner technology, our psychic or intuitive perception.

Donna Eden is an intuitive healer and an advanced practitioner of Energy Medicine; as someone who has always had an intimate relationship with the body’s subtle energies, early in her career, she would see and feel in her clients patterns of energy that told her about their physical ailments.

She recounts the following story in her book ‘Energy Medicine‘, and it is not an unfamiliar one to those who are active in the field.  Both the disappearance of the disease itself and the husband’s initial outrage and skepticism, calling her a quack, are common:

“One of my first clients was a woman with ovarian cancer who came for a session with the hope that I could help her relax her body and prepare it for surgery that was scheduled in five days. She had been told to ‘get her affairs in order,’ as her immune system was so weak that her chances of surviving the surgery were limited. Metastasis was also suspected.

From looking at her energy, I was certain that the cancer had not metastasised. While her energy was dim and collapsed close to her body, the only place that looked like cancer to me was in her left ovary. In addition, the texture and vibration and appearance of the energy coming up through her ovary were responsive to my work with her. I could see and feel them shift and by the end of the session, the pain that had been with her for weeks was gone.

I told her that her body was so responsive to what I had done that I wondered about her plan to have surgery. I was concerned that her immune system was indeed too weak, and I was confident that by working with her energy, not only would her immune system be strengthened, the tumour’s growth could be reversed. While I carefully made my statements with the strong disclaimers required to avoid immediate arrest for practicing medicine without a license, she responded with horror to the implication that she cancel the surgery. I suggested that she at least delay the operation for two weeks. She scheduled a session with me for the next day and said she would discuss the surgery with her husband.

That evening I received a call from her husband. He was outraged and threatening. He called me a quack. He said I was putting his wife’s life in jeopardy by giving her false hope, and he told me that I would never have another chance to confuse her like this. He made it clear that she would not be coming back.

When I began to respond, he hung up.

I called back a short while later. She answered. Talking in hushed tones, she was clearly uncomfortable speaking with me. I said, ‘Okay, don’t postpone the surgery, but please keep your appointment tomorrow. You don’t have to pay. You have nothing to lose. I believe in what I am saying. In fact, I want you to bring your husband with you. Find a way!’

She did not believe he would come in, but the next day, they both arrived for the appointment.

I had her lie down on the massage table. My hope was to find a way to give this traditional and skeptical man, so poignantly fierce in his protection of his wife, an experience of healing energy that his senses could not deny.

I could see a dark, dense energy at the site of his wife’s left ovary, and it felt like my hand was moving through a muddy swamp. I asked the husband to place his hand a few inches above the area and begin to circle it, using a motion that tends to draw energy out of the body. To his great surprise, not only could he immediately feel that he was moving against something, within two minutes his hand was pulsing with pain.

To his utter amazement, his wife reported that her pain diminished as his increased.

By the end of the session she was again pain free, felt better, and looked better.

I showed them both, through the use of energy testing, that we had been able to direct healing energies from her immune system to the area of her cancer. I taught him a set of procedures to use with her every day.

They decided to temporarily postpone the surgery and to ask for further medical tests before rescheduling it. After about ten days  of these daily treatments from him and three more sessions with me, she went through the additional testing. The tumour was gone.“

By today’s standard practice of medicine, this outcome would be classed as a miracle.

Was Donna Eden a quack? Certainly not.

However, note that she had to convince the husband and withstand horrendous name calling.  This is all too common.  To stand her ground, she had to offer her services for free, yet no doctor would have to do this.

Diagnostic statements describing energy, such as ‘like a muddy swamp’ have no place in today’s materialistic science and are pooh-poohed.  The ‘left brain’ (logic) cannot see or understand the right brain’s intuitive sensing of energy, and it is thus ‘shut down’ by parents (socialised by their parents and society at large) and by most teachers in schools — because they have also lost touch with this ability

Practitioners of Energy Medicine still have to be extremely careful, lest they are sued or put into prison for offering vital work to their clients! Make no mistake, today’s laws are made by those in power to keep the power where it is – in the hands of the pharmaceuticals.

Perhaps they had a real purpose once to protect people from charlatans but such laws now hinder the lawful practice of Energy Medicine.

As this story clearly shows, this work saved this woman’s life, whereas surgery (in this case) would have threatened it.

Often, if you have to go through any kind of surgery, you will have to sign a document nullifying all liability/responsibility by the surgeon and hospital or clinic. Additionally, the pharmaceuticals are not responsible for pushing drugs to market which have severe short and long term side effects, drugs that your doctor will prescribe to you simply because they are legal and recommended by the rep.

Finally, we can say that Energy Medicine takes many years to master, and to practise on others, but anyone can begin today. By keeping your energy system in balance, you can prevent the onset of disease.

Once you experience the benefits of this unique and safe approach, this ever growing field will fascinate you for years to come and take you on a journey that lasts the rest of your life!