Scientists Baffled by Prahlad Jani, The Yogi Who Doesn’t Eat or Drink Anything! [Video] 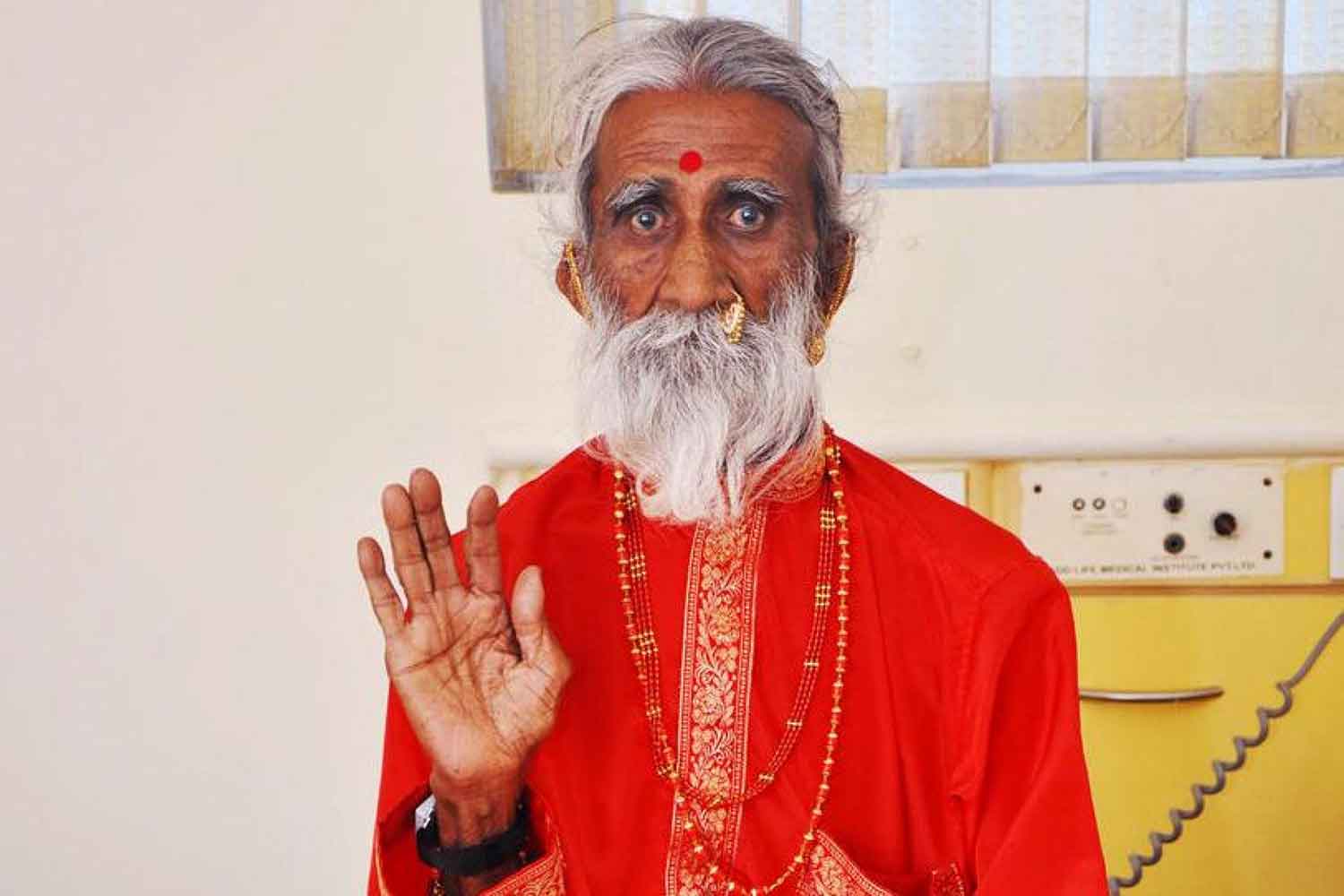 Prahlad Jani, also known as Mataji or Chunriwala Mataji, (born 13 August 1929 in Ahmedabad, India) is an Indian yogi. He claims that in 1940, at the age of 11, the Hindu goddess Amba appeared to him and blessed him, saying that he would no longer need to eat food or drink water. Scientists have rigorously scrutinised his claims under laboratory conditions and have been left bewildered! Despite not eating or drinking anything for the last 70 years, Jani remains in perfect health.

(Update: Prahlad Jani sadly passed away on 26th May 2020 and no longer serves as a saint that can be investigated by science – but his legacy lives on!).

This new understanding turns current Western scientific thought on its head! And yet it is not the first time such a startling account of complete abstinence from all food and drink has been mentioned!

The great yogi, Paramahansa Yogananda, in Chapter 46 of his now infamous book, ‘Autobiography of a Yogi‘, tells the world of a yogini saint, Giri Bala, who had not eaten or drunk anything for more than five decades!  The difference, of course, is that Jani is living today and able to be put to rigorous scrutiny.

Born Chunriwala Mataji, Jani grew up in Charada village in Mehsana district. According to Jani, he left his home in Rajasthan at the age of seven, and went to live in the jungle.

At the age of 11, Jani underwent a religious awakening and became a devout follower of the Hindu goddess Amba, more commonly known as Durga. From that time, he chose to dress as a female devotee of the goddess, wearing a red sari-like garment, jewellery and crimson flowers in his shoulder-length hair.

Jani is commonly known as Mataji (“a manifestation of] The Great Mother”). Jani has said that the goddess provides him liquid sustenance, which drops down through a hole in his palate, allowing him to live without food or drink. Since the 1970s, he has lived as a hermit in a cave in the rainforest near the Gujarati temple of Ambaji, awakening at 4am each day and spending most of his time in silent meditation.

Jani was rigorously tested in 2003 and later in 2010 at Ahmedabad’s Sterling Hospital by Dr. Sudhir Shah and his large team of doctors. Dr. Shah is a consultant neurologist who has been practicing for 20 years, as well as a professor and department head of neurology at KM School of PG Medicine and Research.

Dr. Shah was highly sceptical towards Jani and his story, so the results are even more remarkable.

During the first test, which took place in 2003, Jani was monitored 24 hours a day over a 10 day period by hospital staff and video cameras, where it was confirmed that Jani neither ate nor drank anything.

Jani did not show any negative physiological or psychological changes which, according to current scientific thought, should be impossible.  The average human being would experience physical death within a week of complete abstinence from all food and drink.

In the second test in 2010, conducted from April 22nd to May 6th, Jani was observed by no less than thirty-five researchers from the Indian Defence Institute of Physiology and Allied Sciences, among other organisations. This time, Jani was observed to not eat or drink for two whole weeks. As with the previous test, he exhibited no deleterious effects from this severe abstention.

Skepticism prevails in the West

This presently goes against everything the West knows about the nature of human physiology, so neither of these tests nor their results were published in medical journals.

In fact, the studies have generated a lot of unwarranted criticism because of the many skeptics who choose to completely disbelieve the scientific proof staring them in the face. Western thought doesn’t seem ready to accept such a possibility as fact and Dean Radin, Chief Scientist at the Institute of Noetic Sciences, explains why this is so:

“This [evidence] flies in the face of a substantial body of medical knowledge, which has established that the human body can last about five days without water, and a few weeks at most without food. Beyond that, you’re dead. As a result, despite a host of historical examples of people lasting for years without eating, and sometimes without drinking, most nutritionists and biochemists regard such claims to be ridiculously impossible, and the people who make the claims—currently dozens to hundreds worldwide—to be seriously delusional. Some of those claimants may well be delusional. But all of them?” Dean Radin, Supernormal: Science, Yoga, and the Evidence for Extraordinary Psychic Abilities

Even with the naysayers and skeptics offering widespread criticism, the evidence for his astounding ability is sound and corresponds to the well documented phenomena of ‘siddhis’ or psychic powers occurring through advanced yogic development.

A statement from a scientific group (which included the Defence Institute of Physiology and Allied Sciences) given to ABC News in 2012 reads as follows:

We realized that, if this whole phenomenon really exists in a human being even for 15 days, it would have immense application in unraveling secrets of medical science and its application for human welfare. Instead of ignoring this case, we selected to investigate further, in a rational and scientific way. We again make it clear that the purpose of this study was not to prove or disprove a person, but to explore a possibility in science and study a new phenomenon. (source)