The One Voice Chord: The Power of Vocal Harmonics to Heal & Transform 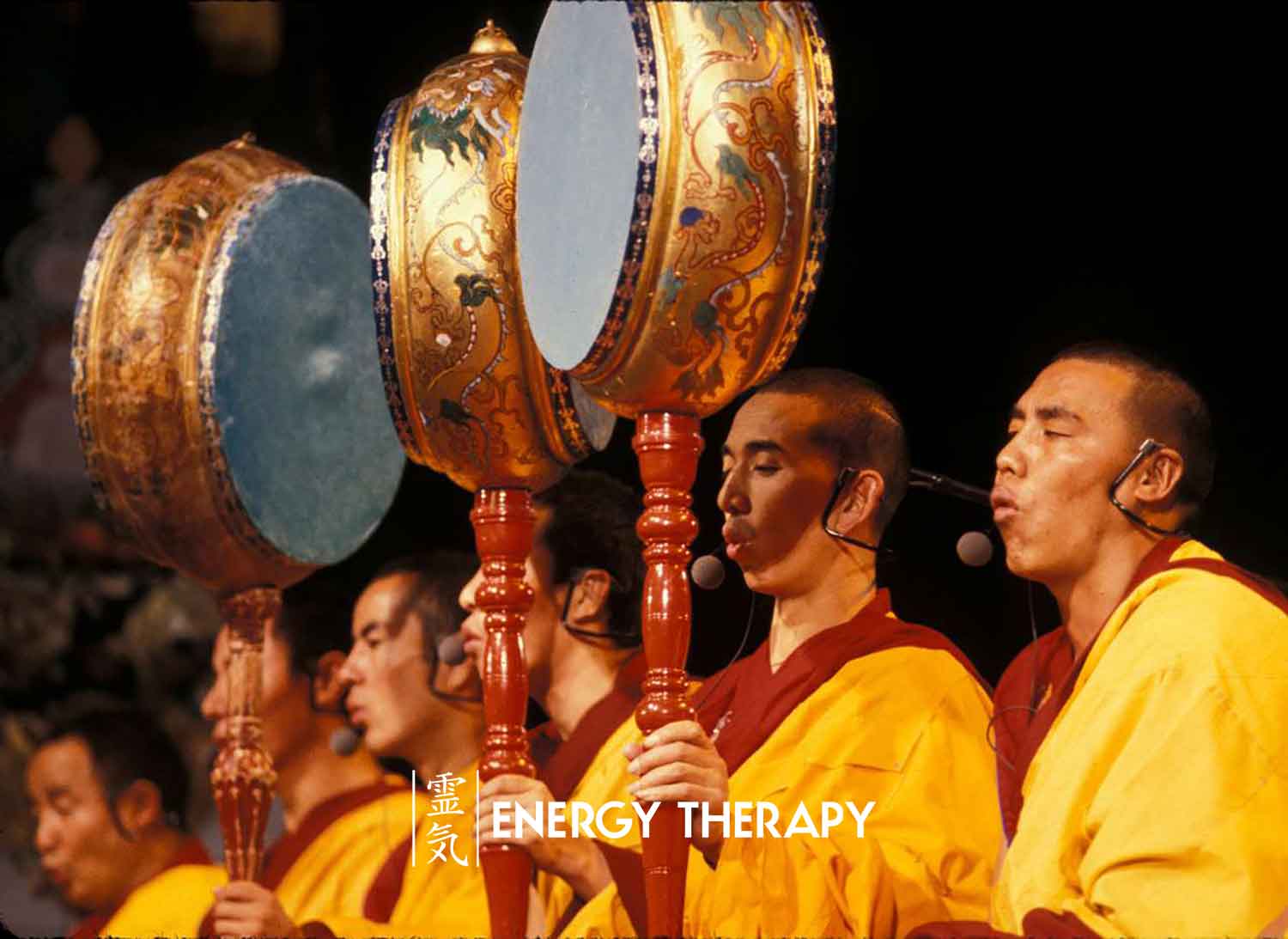 The Gyuto Monks of Tibet are renowned for their unearthly ‘One Voice Chord’ where they sound a deep bass fundamental (note) and several other notes above it through the use of powerful vocal harmonics. They explain about the nature of the chants used:

“Buddhism takes the view that the nature of everything in its most restful state is the blissful union of wisdom and compassion. This is symbolized in Tibetan tantric practice in the union of male and female energies. Within this state resides our pure consciousness. Mantra is its sound. Therefore, reciting a mantra while concentrating on its meaning acts as a mechanism to stimulate the feelings which relax the body and mind.This then enables pure consciousness to materialise. To give shape and substance to such awareness, it is visualized as a tantric deity, a metaphor for our Buddha Nature.”

In other words, chanting these sacred mantras causes them to ‘resonate’ with specific energies and frequencies, helping them effortlessly achieve higher, more peaceful states of consciousness.

As well, the listener can benefit immensely from the energies underpinning the vocalisation of such mantras and ride the ‘sound current’ upwards – a process called entrainment. Indeed, the core principles of resonance and entrainment underpin the use of sound to heal and transform worldwide, regardless of the tradition, belief system or culture using it.

Of particular interest is the intentional use of vocal harmonics, as demonstrated by the Tibetan One Chord voice. Harmonics are the sounding of more than one note at the same time, and may create inter-dimensional windows through which we can connect with other realities.

In the video clip below, Ethnomusicologist Riccardo Misto superbly demonstrates the Tibetan ‘One Voice Chord’ even though he is not a Gyuto Monk. It is a sound which is unearthly, powerful and hauntingly beautiful, all at once! This shows that what is possible for one is possible for others, with the right attitude and training.

Comparisons have often been made between the ‘One Voice Chord’ of Tibetan chanting and the Hoomi or throat-singing style found in the Tuvic region of Mongolia, since both these traditions are adept in their use of harmonics to heal and transform. The major difference between the Tibetan chanting style and Mongolian overtone singing is that the Tibetans traditionally incorporate the use of sacred text in their chanting while the Mongolians create wordless melodies with their harmonics.

It is important to realise that these remarkable sounds are not a demonstration of ‘vocal acrobatics’, which would be ego-based (and thus not have the required resonance). Indeed, such an attempt to ‘perform’ would damage the vocal chords, perhaps irrevocably. The chords are produced naturally when the sound, breathing and mind is transformed by the performance of “sadhana”.

Sadhana means one’s daily spiritual practice and is the foundation of all spiritual endeavor to achieve liberation from Maya (‘illusion’). Sadhana is the main tool you use to work on yourself.

Do not try this recreating this sound at home without the proper understanding!

Want to learn create your own vocal harmonics without straining your voice? Then join us for our next fabulous immersion Sound Healing Retreat!

You will also learn how to change your nervous system responses to bring about deep peace and relaxation, and take a breathtaking journey inwards to shift your consciousness to higher dimensional states through chanting and vocalisation of specific vowel sounds. There will also be the chance to experience the otherworldly sounds of the Didgeridoo and the Hang/Gubal.