One of the largest environmental protests ever is underway. It’s led by children. 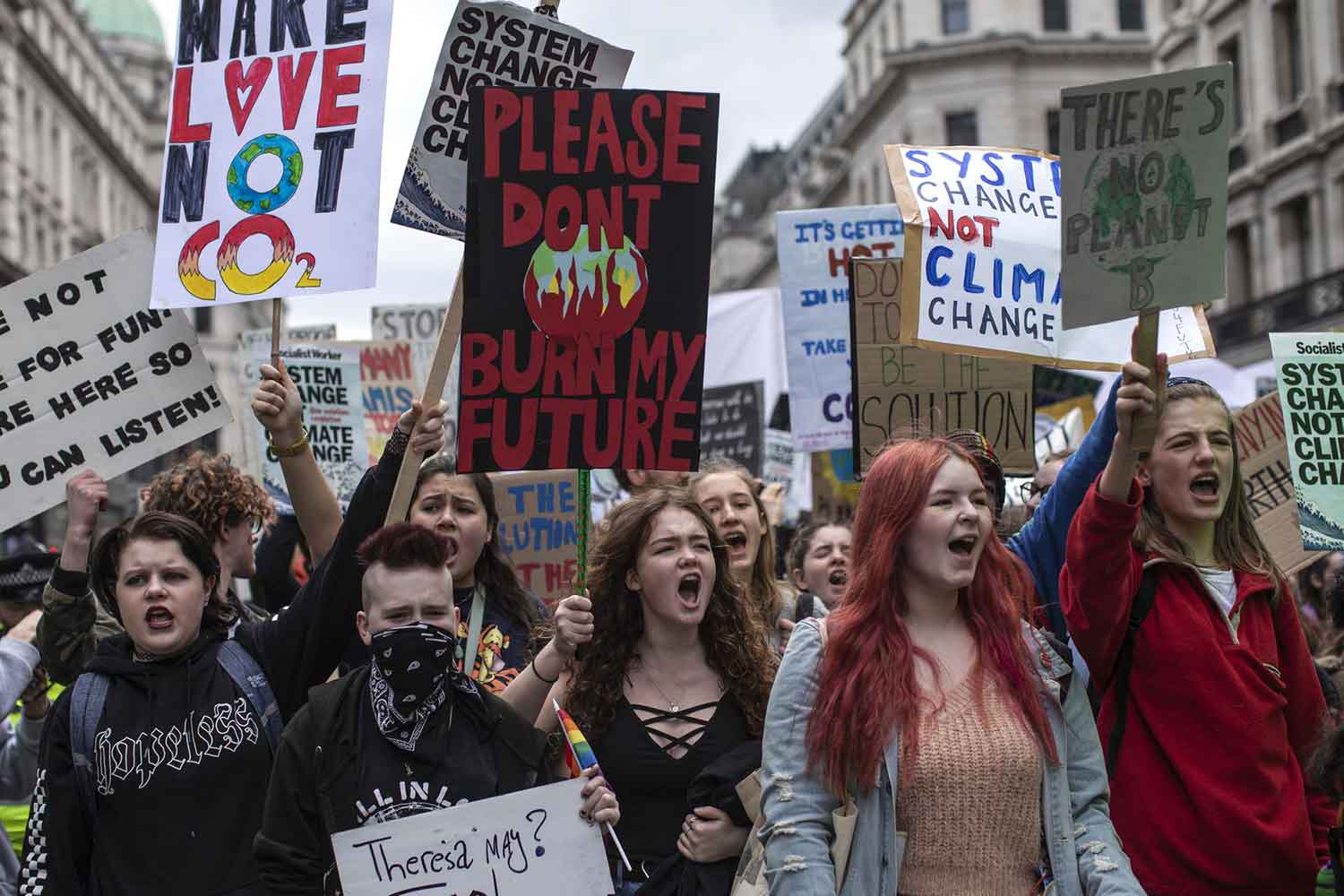 Kids all around the world are truly fed up with adults’ ongoing denial of climate change, despite the scientific evidence – and, they are also fed up with politicians and governments’ inertia around taking immediate action to prevent further destabilisation of our climate, which is on the brink of disaster. We’re with them.

In previous strikes, youth have managed to shame some governments into action on climate change, but students around the world are skipping school today to demand even more. Activists say it could be the largest demonstration for environmental action in history.

The demands are clear: more aggressive targets for cutting greenhouse gas emissions to keep warming in check, with budgets and legal force to back them. In Australia, for example, students are demanding that the government end all new mining and power the country with 100 percent renewable energy by 2030.

‘This is bigger’: Palestinian and Israeli teens strike together for the climate

The strikes come as several governments are in flux: United Kingdom Prime Minister Theresa May just resigned under pressure for her handling of Brexit. Indian Prime Minister Narendra Modi is on track to win reelection by a landslide. European Union parliamentary elections are underway. Australian Prime Minister Scott Morrison secured a majority government this week.

The commitment to this Strike is full of zeal. Even the rain didn’t stop them. Continuous raining from the last 4 hours in Islamabad. We Demand #ClimateJustice #FridaysForFuture #ClimateBreakdown @GretaThunberg @Fridays4future @leadpakistan @atsheikh @Sana_Jamal pic.twitter.com/I9Aa3PRx5q

Since then, her actions have rippled throughout the world, with students striking in solidarity with Thunberg every Friday in the #FridaysForFuture campaign.

“We don’t feel like we have a choice: it’s been years of talking, countless negotiations, empty deals on climate change and fossil fuel companies being given free rides to drill beneath our soils and burn away our futures for their profit,” Thunberg wrote in an editorial for the Guardian on Thursday. “Politicians have known about climate change for decades. They have willingly handed over their responsibility for our future to profiteers whose search for quick cash threatens our very existence.”

Thank you everyone who school striked for the climate today around the world, in 131 countries and counting!
And South- and North America are not done yet!
This picture is from Stockholm today.#FridaysForFuture #ClimateStrike #SchoolStrike4Climate pic.twitter.com/6SqNbJAkpZ

Today’s global school strike is the second one. The first global school climate strike, on March 15, drew tens of thousands of students across 112 countries.

That strike helped trigger the Extinction Rebellion protests that shut down parts of London last month. The governments of the United Kingdom and Irelandsubsequently declared a climate emergency. Around the same time, a UK parliamentary committee also recommended that the country adopt a target of net-zero emissions by 2050, which would give the UK the most aggressive climate target in the world. In Germany, Chancellor Angela Merkel cited the school strikes as one of her reasons for backing a European Union-wide target of reaching net-zero greenhouse gas emissions by 2050.

In Europe, these global climate solidarity actions are a counter-current against rising nationalism in some countries and pushing back against far-right leaders, some of whom deny that climate change is happening at all. Friday’s strike coincides with the second day of European Union parliamentary elections, which could set the agenda for the European Union’s approach to fighting climate change.

The protests have also made stars out of the activists. Thunberg has addressed the UK Parliament and world elites at Davos, and is on the cover of Time magazine this month. Democratic presidential hopefuls have met directly with school strikers, like 14-year-old New Yorker Alexandria Villaseñor.

The students leading the #SchoolStrike4Climate are brave and heroic activists. I was so thrilled to join @OliviaWohlgemut, @AlexandriaV2005 and Lila Katch on their strike this morning in New York. pic.twitter.com/6T0TcQ88p5

However, schools strikes are just one part of a wave of global youth-led activism for climate change. Young people are also leading the charge on a groundbreaking climate lawsuit in the United States against the US government for profiting from the fossil fuels that are causing temperatures to rise. On college campuses, students are pushing schools and other institutions to divest from fossil fuels. And young campaigners are pressuring politicians to adopt aggressive, comprehensive climate goals like those in the Green New Deal.

Activists have their sights set on an even bigger global strike on September 20. That will come during the United Nations General Assembly, where Secretary General António Guterres will convene an international climate summit. Thunberg said she wants adults to join the next round of protests. “There are many different plans under way in different parts of the world for adults to join together and step up and out of your comfort zone for our climate,” she wrote. “This is about crossing lines — it’s about rebelling wherever one can rebel.”