‘An inspiration to all of us’: Professor Stephen Hawking dies aged 76 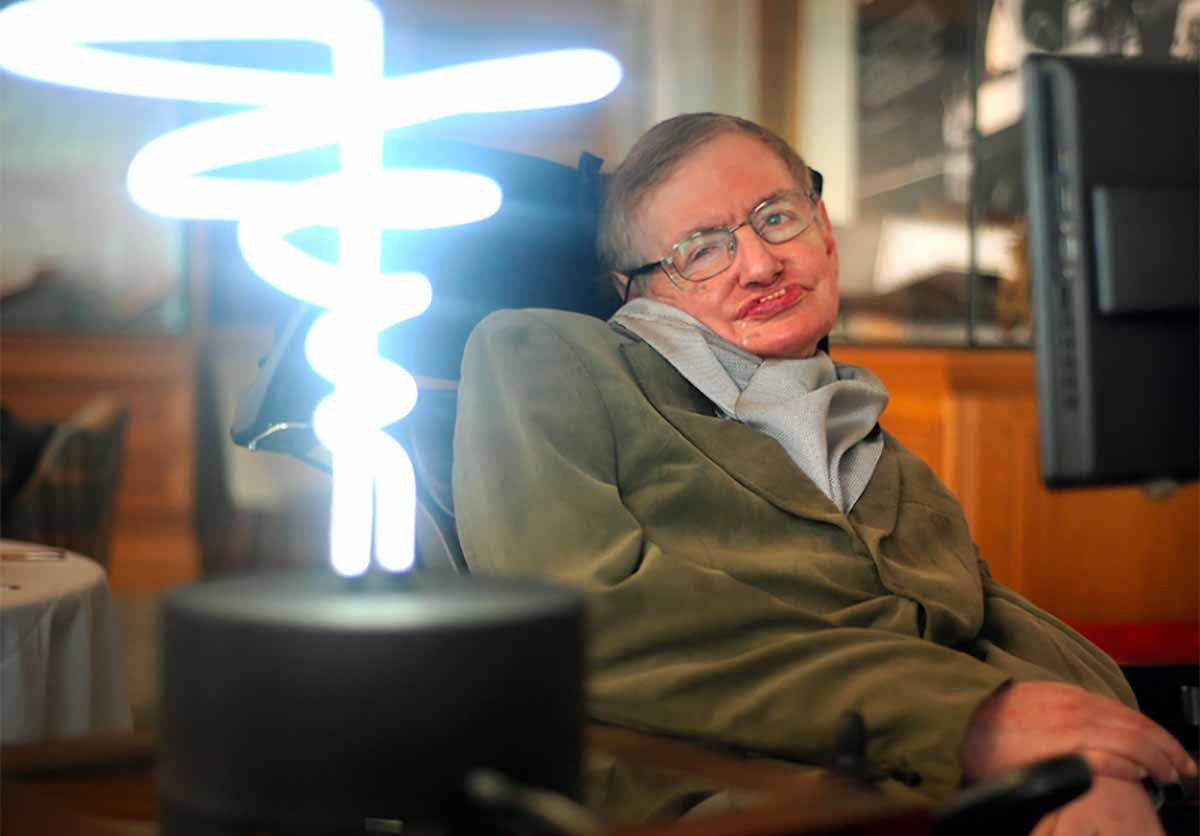 Professor Stephen Hawking has died at the age of 76 (PA)

Tributes have poured in for renowned British physicist Professor Stephen Hawking, who has just died at the ripe old age of 76. Stephen Hawking (born January 8, 1942) was a British scientist, professor and author who achieved groundbreaking work in physics and cosmology, and whose books have helped to make science accessible to everyone.

At the early age of 21, while studying cosmology at the University of Cambridge, he was diagnosed with amyotrophic lateral sclerosis (ALS) which is usually an early death sentence.  However, defying all odds, Stephen went on to live and become one of the most influential scientists of all time.

His incredible life story was depicted in the 2014 film The Theory of Everything.

Hawking was an Honorary Fellow of the Royal Society of Arts (FRSA), a lifetime member of the Pontifical Academy of Sciences, and a recipient of the Presidential Medal of Freedom, the highest civilian award in the United States. In 2002, Hawking was ranked number 25 in the BBC’s poll of the 100 Greatest Britons.

Prof Hawking died peacefully at his home in Cambridge in the early hours of Wednesday morning. In a statement, his children Lucy, Robert and Tim said, “We are deeply saddened that our beloved father passed away today. He was a great scientist and an extraordinary man whose work and legacy will live on for many years. His courage and persistence with his brilliance and humour inspired people across the world. He once said, ‘It would not be much of a universe if it wasn’t home to the people you love.’ We will miss him forever.”

Astrophysicist Neil deGrasse Tyson was one of the first to pay tribute to one of the world’s finest scientific minds, sharing  a photo of himself and Prof Hawking on Twitter: ‘His passing has left an intellectual vacuum in his wake. But it’s not empty. Think of it as a kind of vacuum energy permeating the fabric of spacetime that defies measure. Stephen Hawking, RIP 1942-2018.’

Defence Minister Tobias Ellwood said Prof Hawking was ‘an inspiration to us all, whatever our station in life, to reach for the stars.

He tweeted: ‘RIP Sir, You epitomised true courage over adversity as you explained the wonders of the universe to the world. Your achievements symbolise the power of the human mind.’

Space agency NASA wrote: ‘His theories unlocked a universe of possibilities that we & the world are exploring. May you keep flying like superman in microgravity.’

Prof Hawking was diagnosed with ALS, a rare form of motor neurone disease, in his 20s, eventually becoming wheelchair-bound and dependent on a computerised voice system for communication. But despite this, he continued to travel the world giving science lectures and writing scientific papers about the basic laws which govern the universe.

His book, A Brief History Of Time, has sold more than 10 million copies to date, and appeared on the British Sunday Times best-seller list for a record-breaking 237 weeks.

The University of Cambridge, where Prof Hawking rose through the ranks to become the Lucasian Professor of Mathematics, described him as ‘an inspiration to millions’.

The university’s vice-chancellor Professor Stephen Toope said: ‘Professor Hawking was a unique individual who will be remembered with warmth and affection not only in Cambridge but all over the world. His exceptional contributions to scientific knowledge and the popularisation of science and mathematics have left an indelible legacy. His character was an inspiration to millions. He will be much missed.’

Inventor of the World Wide Web, Sir Tim Berners-Lee, tweeted: ‘We have lost a colossal mind and a wonderful spirit. Rest in peace, Stephen Hawking.’

British astronaut Tim Peake said Prof Hawking ‘inspired generations to look beyond our own blue planet and expand our understanding of the universe. His personality and genius will be sorely missed. My thoughts are with his family,’ he wrote on Twitter.

Physicist James Hartle, whose work with Prof Hawking led to the Hartle-Hawking model of the universe’s origins, said his colleague had ‘inspired a lot of people’.

Prof Hartle told BBC Radio 4’s Today: ‘What was unique about him was that he had a marvellous ability to see through all the clutter in physics and to see what the essential points are and that, of course, was a great thing for going forward.’

He added: ‘My memory of him would be on several fronts: first our work together, as a scientist, and second as a human being whose whole story is of triumph over adversity and who inspired a lot of people, including me.’

Scientist and broadcaster Professor Brian Cox tweeted: ‘Sad to hear about Stephen Hawking. What a remarkable life. His contributions to science will be used as long as there are scientists, and there are many more scientists because of him. He spoke about the value and fragility of human life and civilisation and greatly enhanced both.’

Eddie Redmayne, who won an Oscar for playing Prof Hawking in The Theory Of Everything, said in a statement: ‘We have lost a truly beautiful mind, an astonishing scientist and the funniest man I have ever had the pleasure to meet. ‘My love and thoughts are with his extraordinary family.’

“With genetic engineering, we will be able to increase the complexity of our DNA, and improve the human race. But it will be a slow process, because one will have to wait about 18 years to see the effect of changes to the genetic code.”

“My advice to other disabled people would be, concentrate on things your disability doesn’t prevent you doing well, and don’t regret the things it interferes with. Don’t be disabled in spirit as well as physically.”

“Science is not only a disciple of reason but, also, one of romance and passion.”

“I believe alien life is quite common in the universe, although intelligent life is less so.”

“However difficult life may seem, there is always something you can do and succeed at.”