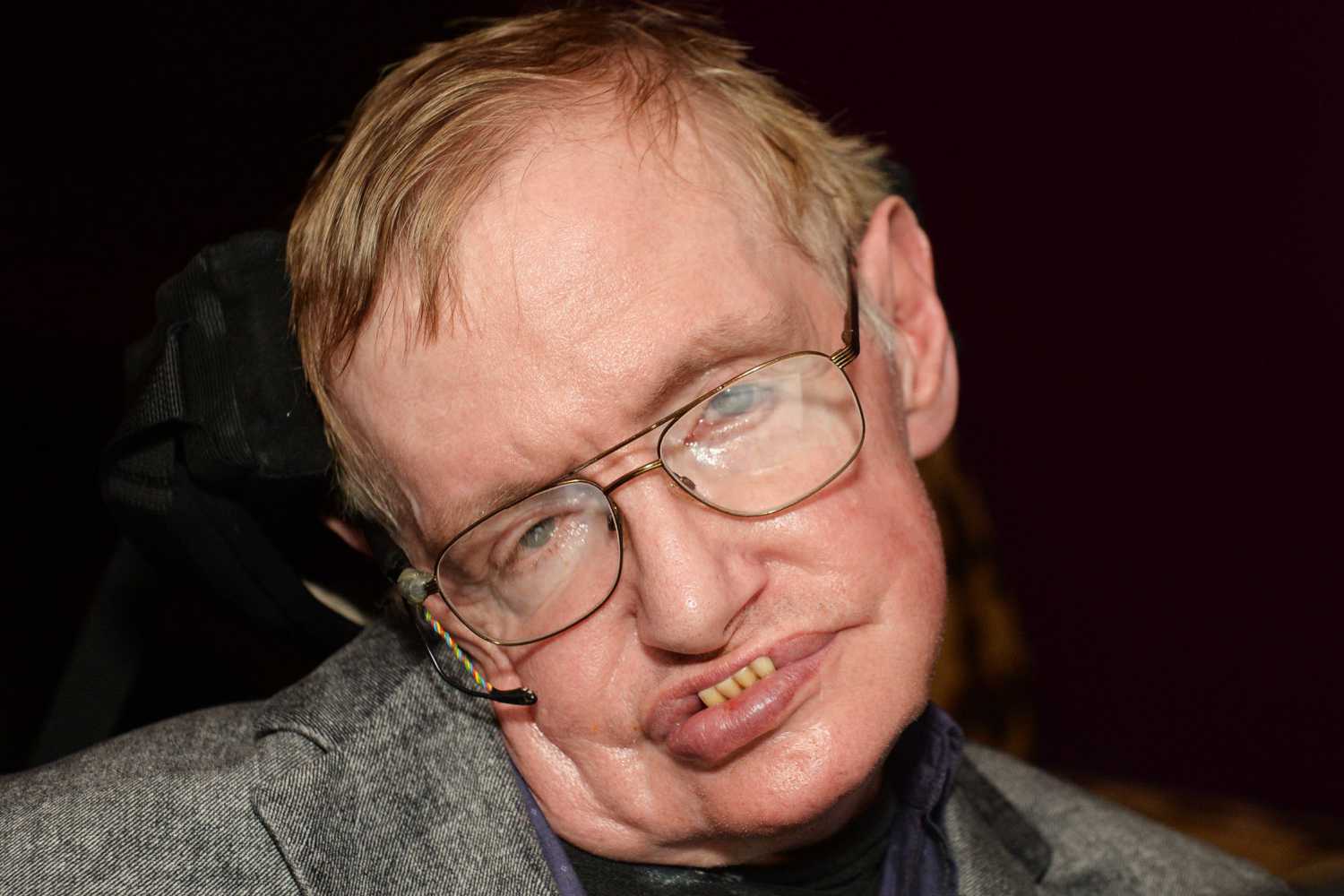 Theoretical Physicist Stephen Hawking’s turns 76 today, January 8th, 2017 –  an age particularly remarkable for a man who has been living with ALS since at least the age of 21!

The disease known as amyotrophic lateral sclerosis (ALS), or Lou Gehrig’s disease, is a death sentence for most. Yet not only has Stephen Hawking established himself as the world’s greatest living physicist, he has also shocked the world for continuing to survive well beyond what could be expected.

Even at this ripe old age, the scientist has no plans of giving up now!

Hawking has not had an easy go of it by any means. In April 2009, the scientist was on the cusp of death, and many wrote him off. The University of Cambridge released grim prognoses; Hawking was described as “very ill” and “undergoing tests” at the hospital and newspapers ran obituary-esque articles. Yet Hawking, who was first diagnosed with ALS at the age of 21, again prevailed.

It’s difficult to overstate the lethality of ALS, the condition with which Hawking lives. The disorder can befall anyone, first bringing muscle weakness, then wasting, then paralysis, ripping away the ability to speak and swallow and even breathe.

His capacity for survival is so great some experts say he can’t possibly suffer from ALS given the ease with which the disease traditionally dispatches victims. And others say they’ve simply never seen anyone like Hawking.

In celebration of Hawking’s remarkable life achievement despite his severe disability, let’s have a closer look at the disease that we’ve come to so closely associate with this brilliant human being.

ALS, also known as motor neuron disease or Lou Gehrig’s disease, is a progressive neurological disease that causes dysfunction of the nerves that control muscle movement. Slowly over time, the disease will lead to muscle weakness until it completely takes away the patient’s ability to control their body functions. The disease even affects the nerves that control breathing.

According to Nature America, there are several different variants of ALS, such as progressive muscular atrophy (PMA), and primary lateral sclerosis (PLS), but ALS is by far the most common form of this disease.

According to the Mayo Clinic, ALS is inherited in about 5 to 10 percent of cases, but for the remaining 90 to 95 percent, the exact cause is unknown. Factors include genetic mutation, chemical imbalances, disorganised immune responses, and protein mishandling in the nerve cells.

How Has Hawking Survived So Long?

Most people live only two to five years after their first signs of disease but only about 10 percent of people with ALS survive at least 10 years.

Hawking’s survival is not only remarkable, it is extraordinary.

“When I think that it has been 52 years since Stephen was first diagnosed, that to me is a miracle,” Hawking’s former wife Jane told The Telegraph in 2015. “Ok, it may be a miracle of modern medicine and Stephen’s own courage and perseverance, but it is also quite simply a miracle.”

“He is exceptional,” Nigel Leigh, a professor of clinical neurology at King’s College London, told the British Medical Journal in 2002. “I am not aware of anyone else who has survived with [ALS] as long. What is unusual is not only the length of time, but that the disease seems to have burnt out. He appears to be relatively stable. â€¦ This kind of stabilization is extremely rare.”

So what makes Hawking different from the rest? Perhaps the transcendent nature of his intellect somehow stalled what seemed an imminent fate? No one’s sure, even Hawking himself, who can expound at length on the mechanics that govern the universe, is circumspect when it comes to an accomplishment that rivals his academic triumphs. “Maybe my variety [of ALS] is due to bad absorption of vitamins,” he said.

The onset of ALS normally occurs later in life â€” the average age of diagnosis is 55 â€” but Hawking’s symptoms materialized when he was very young.

“In my third year at Oxford, I noticed that I seemed to be getting more clumsy, and I fell over once or twice for no apparent reason,” Hawking once wrote. “But it was not until I was at Cambridge that my father noticed, and took me to the family doctor. He referred me to a specialist, and shortly after my 21st birthday, I went into hospitals for tests. â€¦ It was a great shock to me to discover that I had motor neuron disease,” the name for the group of progressive neurological disorders that includes ALS.

Though the early diagnosis resigned him to a life of sickness, it also granted him a chance at surviving the disease longer than those who are diagnosed much later. “We have found that the survival in younger patients is strikingly better and is measured in many years â€” in some cases more than 10,” Leigh told the British Medical Journal. “â€¦ It’s a different beast if you start young, oddly, and no one knows why.”

For his part, Hawking remains grateful that his work, focused through his disability, granted him years that wouldn’t have been available to others:

“It has certainly helped that I have a job and that I have been looked after so well. I am lucky to be working in theoretical physics, one of the few areas in which disability is not a serious handicap.”

It’s safe to say that Stephen Hawking is an astounding example of what it means to be human. If you haven’t yet watched the 2014 movie ‘The Theory of Everything’, it brilliantly captures the very human side of Hawking’s immense struggle with ALS during his meteoric rise to stardom in the scientific world.