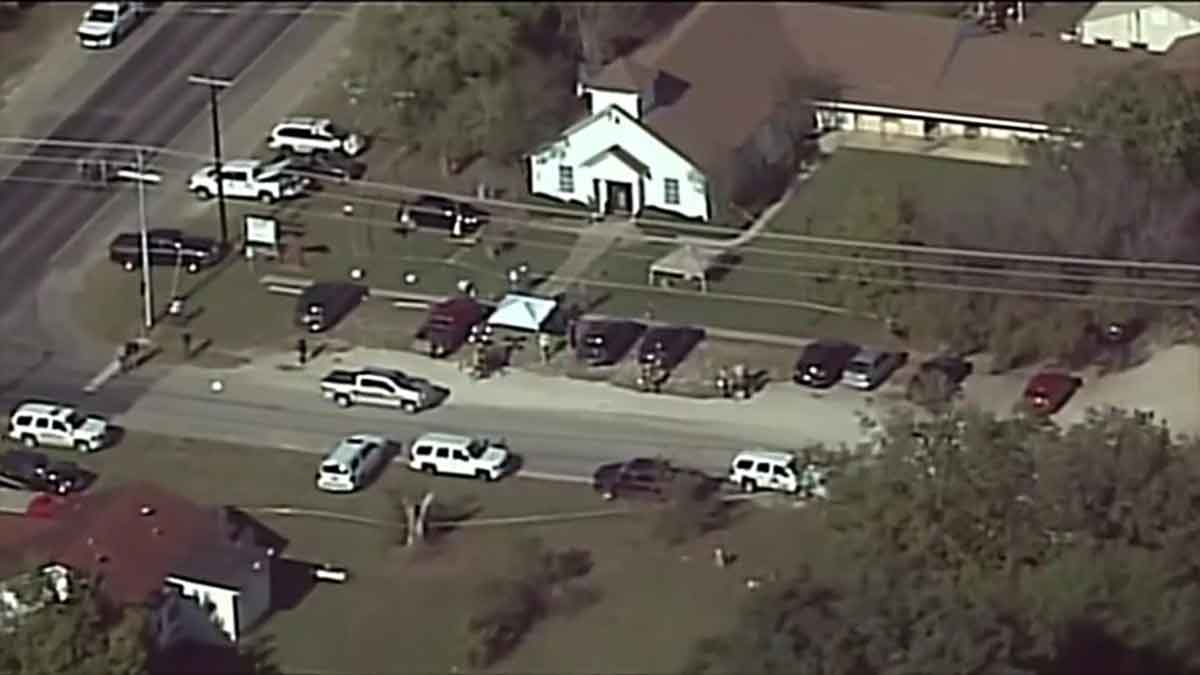 At least 26 people have been killed and 20 others wounded after a gunman opened fire at a Texas church during Sunday service.

The attack happened at the First Baptist Church in Sutherland Springs, a small town in Wilson County. which has a population of about 400, and lies 30 miles south-east of the city of San Antonio.

The victims’ ages ranged from 5 years old to 72.

This is unbelievably sad, shocking news – but, perhaps even worse than this loss of life is the current US President’s appalling response – he currently refuses to pin the blame on the extraordinary ease in which any US Citizen can obtain a firearm and go into public places to murder innocent lives.

“We have a lot of mental health problems in our country, but this isn’t a guns situation.” President Donald Trump

This is a humanitarian post, not a political one – it’s a call for people to wake up and demand change.

Today, we stand before a precipice.  Do we embrace the change that is so badly needed to heal our world or do we continue to do the same things we’ve always done, allowing big business and big money interests to pervert the course of true justice?

If the citizens of this world, not just Americans, cannot speak out about such tragedies, then we are doomed to witness further unnecessary suffering.

Will we turn our eyes away in horror and shame, and stay silent on this?

Let us not be silent

We cannot be silent about such a vitally important matter.

As Martin Luther King Jr powerfully reminded us once upon a time, “Our lives begin to end the day we stay silent about things that matter.”

Without a clear and immediate call for change regarding the purchase and use of firearms, these aggressive shootings will surely continue – and the data shows that shootings are getting worse.  The gun lobby cannot be allowed to prevail, it cannot be ‘profits before people’ again, can it?

That’s the bottom line – that’s why things have not changed.

Yet if we keep repeating the same thoughts and actions, whether in our personal lives or on the world stage, then we cannot expect different results in either.

The  US media named the gunman as Devin Patrick Kelley, 26.  Apparently, Kelley is reported to have been discharged from the US Air Force in 2014 following a court-martial for assaulting his wife and child.  The motive for the killings is not yet clear. 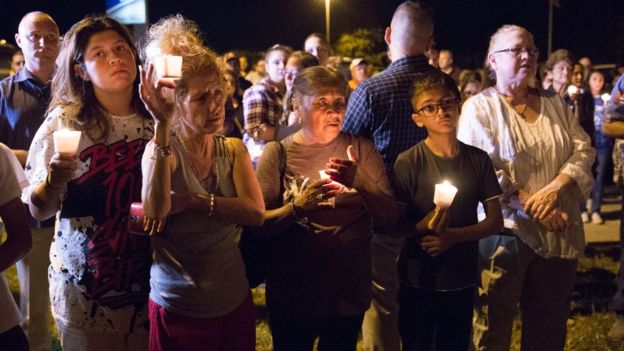 AFP, A candlelit vigil was held for victims of the shooting in Sutherland Springs

Texas Department of Public Safety regional director Freeman Martin said the attacker, dressed all in black and wearing a bulletproof vest, opened fire with an assault-style rifle outside the church at around 11:30 local time (17:30 GMT) and then went inside. As the gunman left the church, a local citizen grabbed his own rifle and began shooting at the suspect, who then dropped his weapon and fled in a vehicle. The citizen pursued the suspect, who eventually drove off the road and crashed his car at the Guadalupe County line.

Police found the man dead in his car, but it is unclear if he died from a self-inflicted gunshot wound or from injuries received when fired on by the local citizen. The car contained several weapons.

Governor Greg Abbott said it was the worst mass shooting in the history of Texas.

“This will be a long, suffering mourning for those in pain,” he said at a news conference on Sunday.

The First Baptist Church’s pastor, Frank Pomeroy, told ABC News that his 14-year-old daughter, Annabelle, was among those killed.

At least 10 victims, including four children, were being treated at the University Health System in nearby San Antonio, the hospital said in a tweet.

Officials said 23 people were found dead inside the church while two people were fatally shot outside. Another died in hospital, authorities said.

US mass shootings are getting worse

In the 1980s,. there were eight mass shootings (i.e. when 3 or more people are killed by a gunman).  The worst was a shooting at a Californian McDonalds with 22 casualties. This was just the beginning.

A school massacre in Columbine High School, prompted then President Bill Clinton to then say, “Perhaps now America would wake up to the dimensions of this challenge if it could happen in a place like Littleton, and we could prevent anything like this from happening again.”

At Virginia Tech University, a gunman killed 32 people in what was then the worst public shooting in modern history.

During Bush’s era, nothing was done.

Since 2010, these mass shootings have only increased.

28 people, many of them children, died when a gunman entered Sandy Hook School Elementary in Connecticut.

49 were killed in a mass shooting at a nightclub in Orlando, the 33rd mass shooting, during Barack Obama’s presidency.  Despite calls for action by the President, nothing was done.

“This massacre is a further reminder of how easy it is to for someone to get their hands on a weapon… we have to decide if this is the America we want.”

The recent Las Vegas shooting on 1st October left 58 dead and another 546 injured, brining the total to a staggering 350 deaths in the past 7 years.

Isn’t it time to say NO?

Just say “no” to guns, period.

Then we will see far less of these sudden massacres occur.  Don’t let political propaganda cloud our judgment as to what is ‘right’ and ‘wrong’.