OM! Perhaps the Greatest Symbol in the Whole World? 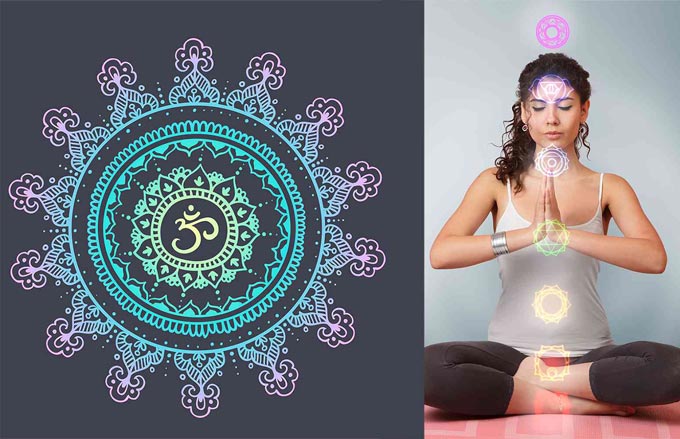 OM is the sound when everything else disappears from your being – no thought, no dream, no projections, no expectations, not even a single ripple – your whole lake of consciousness is simply silent; it has become just a mirror. In those rare moments you hear the sound of silence.

It is the most valuable experience because it not only shows a quality of the inner music – it also shows that the inner is full of harmony, joy, blissfulness.

All that is implied in the music of OM.

Existence waits till you are ready.

In the East all the religions without exception agree on this point, that the sound which is heard in the final, highest peak of silence is something similar to OM.

The word OM is not written alphabetically in any language of the East because it is not part of language. It is written as a symbol; hence the same symbol is used in Sanskrit, in Pali, in Prakrit, in Tibetan – everywhere the same symbol, because all the mystics of all the ages have reached to the same experience, that it is not part of our mundane world; hence it should not be written in letters. It should have its own symbol which is beyond language.

It does not mean anything as far as mind is concerned, but it means tremendously much as far as your spiritual growth is concerned.

All music, particularly the classical music, has been trying to catch the sound of silence so that even people who have not entered into their beings can experience something similar. But the similar is not the same, it is a very faraway echo. Even the greatest musician has to use sounds, but howsoever beautifully he arranges them, he cannot be absolutely silent. He gives gaps of silence in between; the whole play is between sound and silence. Those who don’t understand hear the sounds, and those who understand hear the silence, the gaps between two sounds.

The real music is in the gaps.

It is not created by the musician – the musician is creating the sounds and leaving the gaps as a contrast, so that you can experience something of what happens to the mystic in his inner world.

OM is one of the great achievements of the seekers of truth. There have been cases which are absolutely unbelievable, but they are historical….

When Marpa, a Tibetan mystic, died, his closest disciples were sitting all around him…because the death of a mystic is as tremendously valuable as his life, perhaps more. If you can be close to the mystic when he is dying, you can experience many things, because his whole consciousness is leaving the body – and if you are alert and conscious, you can feel a new fragrance; you can see a new light, you can hear a new music.

When Marpa died he was living in a temple. And all his disciples became suddenly surprised – they looked all around – from where is the sound of OM coming? Then finally they realized that it was not coming from anywhere – it was coming from Marpa! They heard it by putting their ears to his feet, to his hands, and they could not believe it – inside his whole body there was a vibration creating the sound of OM. He had been hearing that sound for his whole life since he became enlightened. Because of his constant inner experience of the sound, the sound had entered even into his physical cells. Every fiber of his body had learned a certain synchronicity, the same wavelength.

But it has been experienced with other mystics also. The inner starts radiating, particularly at the moment of death when everything comes to a crescendo. But man is so blind and so utterly unintelligent: knowing that the mystics experience the music of silence within them and they name it OM, people started repeating OM as a mantra, thinking that by repeating it they will also be able to hear it.

By repeating it you will never be able to hear it. Your mind is functioning when you are repeating it. But perhaps I am the first person to tell it to you; otherwise for centuries people have been teaching: Repeat OM. That creates a false experience, and you can be lost in the false and you will never discover the real.

I say to you not to repeat it but simply be silent and listen to it.

As your mind becomes calm and quiet, suddenly you will become aware: like a whisper, the OM is arising within your being. When it arises on its own, it has a totally different quality. It transforms you…

This Tibetan mantra om mani padme hum is a condensed form of the whole inner pilgrimage. It says how to start, what will happen when the flower opens, what will be your ultimate experience of your inner treasures.

Eastern languages are very rich in the sense that they have made very condensed statements which can be unfolded into big scriptures. The reason was that when these mantras were created there was no writing. People had to remember them. When people have to remember them, you have to be very telegraphic, as condensed as possible. Once writing came into existence, that condensedness disappeared. Now you can explain with page after page of writing. But have you ever thought that when you receive a long letter… the longer the letter, the less is the meaning. But when you receive a telegram, naturally… just eight or ten words, but the meaning is immense and the impact is immense.

These are telegrams. They can easily be remembered, they can be passed from one generation to another generation without any fear that they will be distorted.

You have not to repeat the mantra, you have to understand its meaning and let that meaning sink into you. Sitting silently, be utterly quiet, unmoving. Watch your mind. A few thoughts will be there, but as you become silent those thoughts will disappear, and suddenly you hear a humming sound all around you.

That humming sound is not made by you.

It is at the very center of existence.

It is the sound of the skies.

It is the sound of space.

It is the sound of the universe; it is its indication of aliveness. It is vibrating with dance and music.

This OM is perhaps the greatest symbol in the whole world.