Mercury in Vaccines: Exposing The Truth 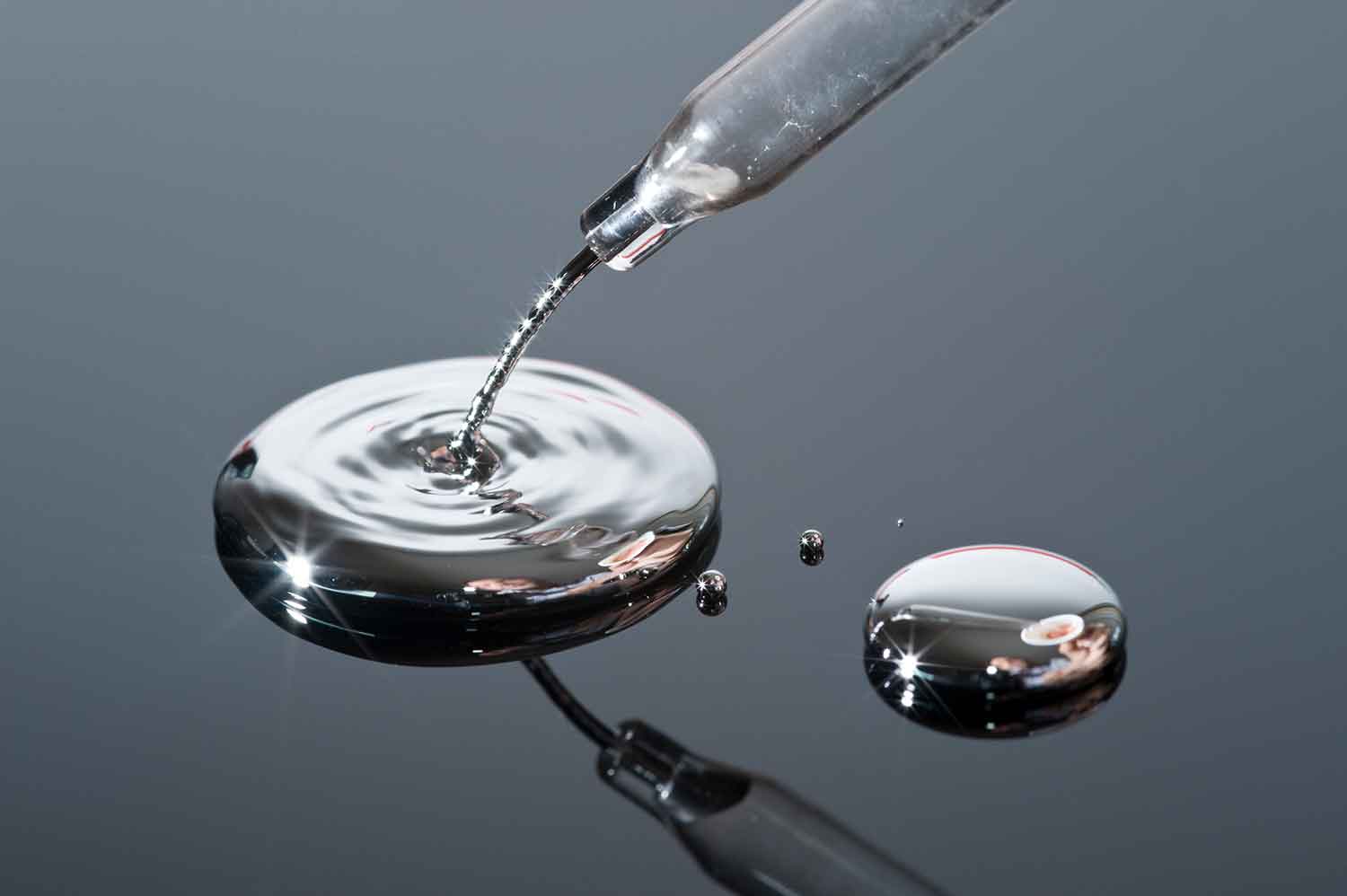 Vaccines are big business. Pharma is a trillion-dollar industry with vaccines accounting for $25 billion in annual sales. When you step back and look at the facts, alongside the corruption, it’s extremely clear what is going on.

For over three decades, Robert F. Kennedy, Jr. has been one of the world’s leading environmental advocates. He is the founder and president of Waterkeeper Alliance, the umbrella group for 300 local waterkeeper organizations, in 34 countries, that track down and sue polluters. Under his leadership, Waterkeeper has grown to become the world’s largest clean water advocacy organization.

Around 2005, parents of vaccine-injured children began encountering Mr. Kennedy’s speeches and writings about the toxic mercury-based preservative thimerosal. They embraced new hope that this environmental champion would finally expose the truth about vaccine injury and win justice for injured children.

Kennedy is known for his fierce and relentless brand of environmental activism and his advocacy for transparent government and rigorous science.

He is now applying his tenacious energies and sophisticated strategies to exposing the fraud and corruption within the CDC and the pharmaceutical industry. He launched a non-profit, the Children’s Health Defense, along with vaccine safety advocates Lyn Redwood and Laura Bono, legends themselves among parents of vaccine-injured children.

Children’s Health Defense is free from propaganda – and a wonderful resource for any parent struggling to understand the truth about vaccine safety – and vaccine harm.

Robert F. Kennedy says he was dragged kicking and screaming into the autism/vaccine controversy. By the early 2000s, he was fighting multiple lawsuits on behalf of Riverkeeper and Waterkeeper against coal-fired power plants, touring the country [USA] speaking about, among other things, the dangers of mercury emissions, which, by then, had contaminated virtually every fresh water fish in America.

“Following many of these appearances, mothers would approach me, their tone was always respectful but mildly scolding. They said that if I was serious about eliminating the perils of mercury, I needed to look at thimerosal. Vaccines, they claimed, were the biggest vector for mercury exposure in children. I really didn’t want to get involved because vaccines were pretty remote from my wheelhouse. I’d always been pro-vaccine. I had all my kids vaccinated and got my annual flu shot every year. But, I was impressed by these women. Many of them were professionals: doctors, lawyers, scientists, nurses and pharmacists. They were overwhelmingly solid, well-educated, extraordinarily well-informed, rational and persuasive.“

Here’s what Kennedy has to say on the matter of mercury in vaccines, which is still going on today!

“CDC’s decision to add a vaccine to the schedule can guarantee its manufacturer millions of customers and billions in revenue with minimal advertis- ing or marketing costs and complete immunity from lawsuits. High stakes and the seamless marriage between Big Pharma and government agencies have spawned an opaque and crooked regulatory system. Merck, one of America’s leading vaccine outfits, is currently under investigation for deceiving FDA regulators about the effectiveness of its MMR vaccine. Two whistleblowers say Merck ginned up sham studies to maintain Merck’s MMR monopoly.

Big money has fueled the exponential expansion of CDC’s vaccine schedule since 1988, when Congress’ grant of immunity from lawsuits suddenly transformed vaccines into paydirt. CDC recommended five pediatric vaccines when I was a boy in 1954. Today’s children cannot ¬¬ school without at least 56 doses of 14 vaccines by the time they’re 18.

An insatiable pharmaceutical industry has 271 new vaccines under development in CDC’s bureaucratic pipeline in hopes of boosting vaccine revenues to $100 billion by 2025. The industry’s principle spokesperson, Dr. Paul Offit, says that he believes children can take as many as 10,000 vaccines.

Public health may not be the sole driver of CDC decisions to mandate new vaccines. Four scathing federal studies, including two by Congress, one by the US Senate, and one by the HHS Inspector General, paint CDC as a cesspool of corruption, mismanagement, and dysfunction with alarming conflicts of interest suborning its research, regulatory, and policymaking functions. CDC rules allow vaccine industry profiteers like Dr. Offit to serve on advisory boards that add new vaccines to the schedule. In a typical example, Offit in 1999 sat on the CDC’s vaccine advisory committee and voted to add the rotavirus vaccine to CDC’s schedule, paving the way for him to make a fortune on his own rotavirus vaccine. Offit and his business partners sold the royalties to his rotavirus vaccine patent to Merck in 2006 for $182 million. Offit told Newsweek, “It was like winning the lottery!” A 2009 HHS Inspector General’s report found that the CDC certified financial disclosure forms with at least one omission for 97% of committee members—and most forms had more than one type of omission. The same report stated that as many as 64% of committee members had potential conflicts of interest that CDC did not identify or resolve before certifying their forms. In addition to lucrative business partnerships with Merck, Offit holds a $1.5 million research chair, funded by Merck, at Children’s Hospital in Philadelphia. From this industry sinecure, he broadcasts vaccine industry propaganda and annually publishes books urging unlimited vaccinations and vilifying safe-vaccine advocates.

The corruption has also poisoned CDC’s immunization safety office, the research arm that tests vaccines for safety and efficacy. In August 2014, seventeen-year CDC veteran, Dr. William Thompson, who is author of the principal study cited by CDC to exculpate mercury- preserved vaccines from the autism link, invoked whistleblower protection, and turned extensive agency files over to Congress. Thompson, who is still employed at CDC, says that for the past decade his superiors have pressured him and his fellow scientists to lie and manipulate data about the safety of the mercury-based preservative thimerosal to conceal its causative link to a suite of brain injuries, including autism.

Thimerosal is 50% ethylmercury, which is far more toxic and persistent in the brain than the highly regulated methylmercury in fish. Hundreds of peer reviewed studies by leading government and university scientists show that thimerosal is a devastating brain poison linked to neurological disorders now epidemic in American children. My book, Thimerosal: Let the Science Speak, is a summary of these studies, which CDC and its credulous jour- nalists swear don’t exist. Although Thompson’s CDC and vaccine industry colleagues have created nine patently fraudulent and thoroughly discredited epidemiological studies to defend thimerosal, no published study shows thimerosal to be safe.

The common canard that US autism rates rose after drug makers removed most thimerosal from pediatric vaccines in 2003 is wrong. That same year, CDC added flu shots containing massive doses of thimerosal to the pediatric schedule. As a result, children today can get nearly as much mercury exposure as children did from all pediatric vaccines combined in the decade prior to 2003. Worse, thimerosal, for the first time, is being given to pregnant women in flu shots. Furthermore, CDC’s current autism numbers are for children born in 2002, when kids were still getting thimerosal in their pediatric vaccines. The best science suggests that thimerosal’s complete removal from vaccines is likely to prompt a significant decline in autism. For example, a 2013 CDC study in JAMA Pediatrics shows a 33% drop in autism spectrum disorder in Denmark following the 1992 removal of thimerosal from Danish vaccines. That paper is among 37 peer-reviewed studies linking thimerosal to the autism epidemic.

Thimerosal has precipitated a journalistic as well as a public health crisis. Big Pharma pumps over $3.5 billion annually into TV, newspapers, and other advertising, targeting news departments, which have become vehicles for pharmaceutical sales and propa- ganda platforms for the industry. Television and print outlets feature spokespeople like Dr. Offit—without identifying their industry ties— while censoring criticisms of vaccine safety andexcluding the voices of informed vaccine safety advocates. Busy journalists parrot the deceptive talking points dispensed by government and pharma officials rather than reading the science themselves. Unable to argue the science, they bully, pillory, and demonize vaccine safety advocates as “anti-vax,” “anti-science,” and far worse. The unwillingness of the press to scrutinize CDC has emboldened both industry and agency to follow the lowest paths of easy profit and bureaucratic preservation.

The measles scare was classic disaster capitalism, with media outlets dutifully stoking public hysteria on editorial pages and throughout the 24-hour broadcast cycle. With Dr. Offit leading the charge, CDC, drug makers, and industry-funded front groups parlayed a garden variety annual measles outbreak into a national tidal wave of state legislation to ban religious and philosophical vaccine exemptions. The national media frenzy over 159 measles cases left little room for attention to the the autism cataclysm which has debilitated 1 million American children since the pandemic began in 1989, with 27,000 new cases annually. CDC refuses to call autism an “epidemic.” In defiance of hard science, and common sense, CDC and Offit have launched a denial campaign to gull reporters into believing the autism plague is an illusion created by better diagnosis.

Big Pharma is among the nation’s largest political donors, giving $31 million last year to national political candidates. It spends more on political lobbying than any other industry, $3.0 billion from 1998 to 2014—double the amount spent by oil and gas and four times as much as defense and aerospace lobbyists. By February, state legislators in 36 states were pushing through over one hundred new laws to end philosophical and religious vaccine exemptions. Many of those state lawmakers are also on the industry payroll. You can see how much money bill sponsors from your state took from Big Pharma on www.maplight.org

Normally plaintiffs’ tort lawyers would provide a powerful check and balance to keep vaccines safe and effective and regulators and policymakers honest. But Pharma’s dirty money has bought the industry immunity from lawsuits for vaccine injury no matter how dangerous the product. An obliging Congress disposed of the Seventh Amendment right to jury trial, making it impossible for vaccine-injured plaintiffs to sue pharmaceutical companies for selling unsafe vaccines. That’s right! No Class Actions. No discovery. No depositions and little financial incentive for the industry to make vaccines safer.

Vaccine industry money has neutralized virtually all of the checks and balances that once stood between a rapacious pharmaceutical industry and our children. With the re- search, regulatory, and policymaking agencies captured, the courts closed to the public, the lawyers disarmed, the politicians on retainer and the media subverted, there is no one left to stand between a greedy industry and vulnerable children, except parents. Now Big Pharma’s game plan is to remove parental informed consent rights from that equation and force vaccine hesitant parents to inject their children with potentially risky vaccines that the Supreme Court has called “unavoidably unsafe.”

Ending exemptions is premature until we have a functioning regulatory agency and a transparent process. The best way to insure full vaccine coverage is for the vaccine program to win back public trust by ending its corrupt financial ties with a profit-making industry.

To educate yourselves about CDC corruption and the truth about vaccine science, I hope you will read Thimerosal: Let the Science Speak and download the important movie Trace Amounts and insist your legislators watch it before voting on any of these bills.

NOTE: Wikipedia’s write-up on Children’s Health Defense is shockingly biased, and does nothing to help parents, or the general public, understand what is really happening – i.e. the corruption going on at very high levels that puts profit before people. We don’t recommend this site.

Additional authors/resources we do recommend: