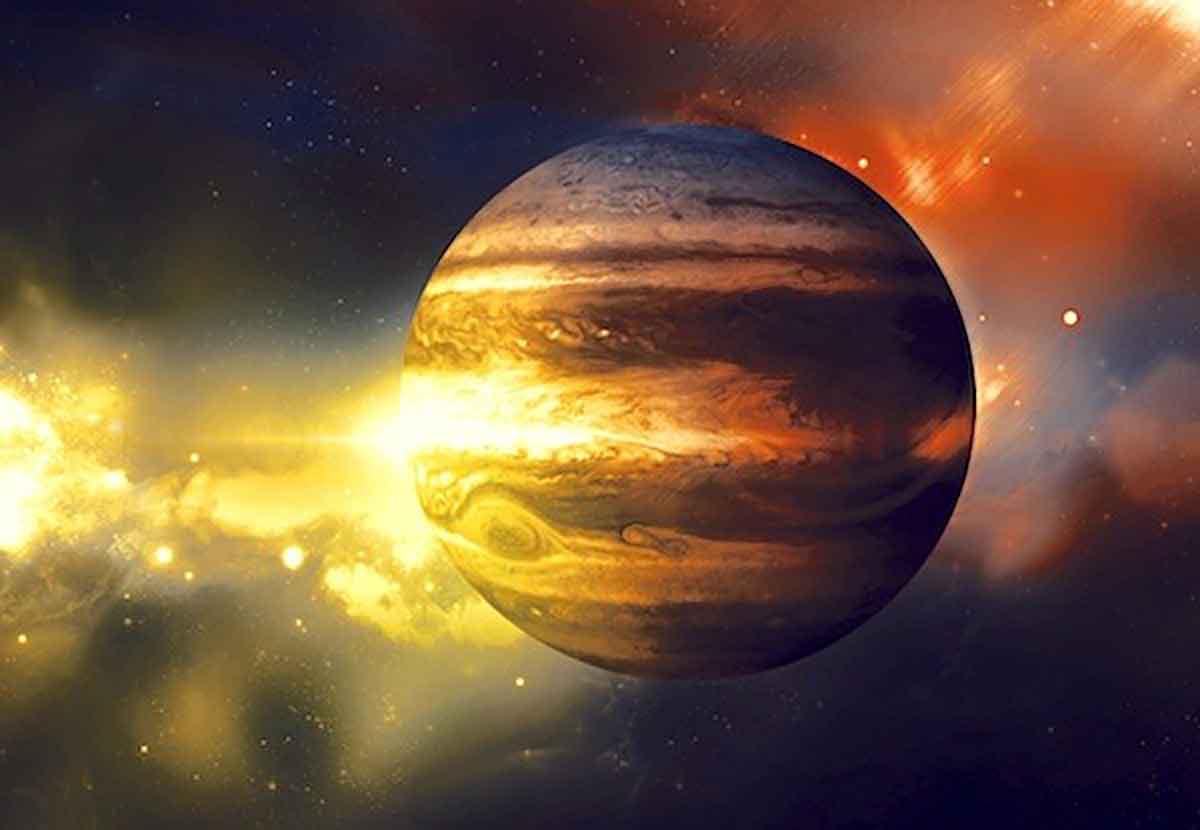 On October 10th 2017 Jupiter, the biggest planet in our Solar System shifted signs from the air sign Libra into the water sign of Scorpio.

When a big planet like Jupiter shifts into a whole new zodiac sign, we all feel it. A big planet can’t make a significant shift like this without sending out waves into the cosmos.

These waves are strong enough to be felt on planet Earth for the coming months, however they will settle as Jupiter gets comfortable in its new home.

Jupiter is considered the lucky planet by many astrologers for it has the ability to expand and bring light to whatever it touches. When Jupiter is around, we see new potentials and are able to become more aware of the cosmic energy on offer to us.

Scorpio is actually the last sign that Jupiter visits before it returns to its ruling constellation of Sagittarius. This means that Jupiter’s journey through Scorpio is really going to be guiding us to transform and to wrap up any lessons that we have been working with over the last 12 years.

The last time Jupiter was in Scorpio was back in 2005-2006, so for clues on what cycle you are building or wrapping up on, think back to this time to see if anything significant was unfolding in your life.

It is important to remember however, that just because you went through certain events during this time period does not mean that they are going to be repeated. It is not really the events that are significant, instead it is the things that you learnt and the spiritual growth that you achieved.

Scorpio is a very spiritual sign. In fact, it is often one of the most misunderstood out of all the zodiac signs. This is because Scorpio energy has many layers.

At its highest evolution, Scorpio is all about higher consciousness and bringing the spiritual world into the material world. It is about reaching enlightenment and finding the meaning in both the darkness and light.

When Scorpio energy is vibrating at its highest expression, it is also extremely powerful and can help all of us to manifest our true heart’s desire.

Reaching this place however, takes a lot of work and perhaps even lifetimes.

When Scorpio is operating at its lowest vibration, it can create issues with sexuality, power struggles, obsessions, addictions, and heightened paranormal activity.

Because Scorpio is about finding the light in the darkness, on a lower vibration it can often stir up a lot more darkness, leading to feelings of depression, despair and fear.

Scorpio energy always has the potential to move out of these lower states and to transform into a higher level of consciousness.

As Jupiter moves through Scorpio, it is going to be highlighting this Scorpio energy in whatever state it exists within you.

Even though you may not be a Scorpio, you still have Scorpio energy somewhere in your natal astrology chart and this energy is what is going to be highlighted.

Over the coming year, pay attention to what areas of your life are being illuminated and try to remain aware of any darkness you are being asked to let go of.

The more you use this energy to release and surrender, the lighter and more awakened you are going to feel.

Jupiter in Scorpio is really going to help all of us to bring more light and awareness into the darker, untapped areas of our shadow.

In fact on a global level, Jupiter’s shift into Scorpio is going to help accelerate the awakening process, and more and more people will be guided to shed the old and open up to higher levels of consciousness.

This will help the consciousness of the planet to shift to even higher vibrations, and will help all of us to find that higher octave of Scorpio energy.

Jupiter’s move into Scorpio also has the potential to bring up some darkness and power struggles between corporations, governments and the people.

Some dark secrets may also be unearthed, but Jupiter’s mission is to “expand” things so we can see the truth and bring the light.

Jupiter will finally leave Scorpio on November 8, 2018 where it will then enter Sagittarius. This is a very, very abundant and prosperous place for Jupiter to be and the energy is going to be extremely harmonious.

In the meantime, try to pay attention to what Jupiter in Scorpio may be guiding you to learn, so you can blossom into the highest vibration of your own life.