The Boy in 7 Billion – How Cannabis Oil Cured Deryn Blackwell of Two Forms of Cancer! 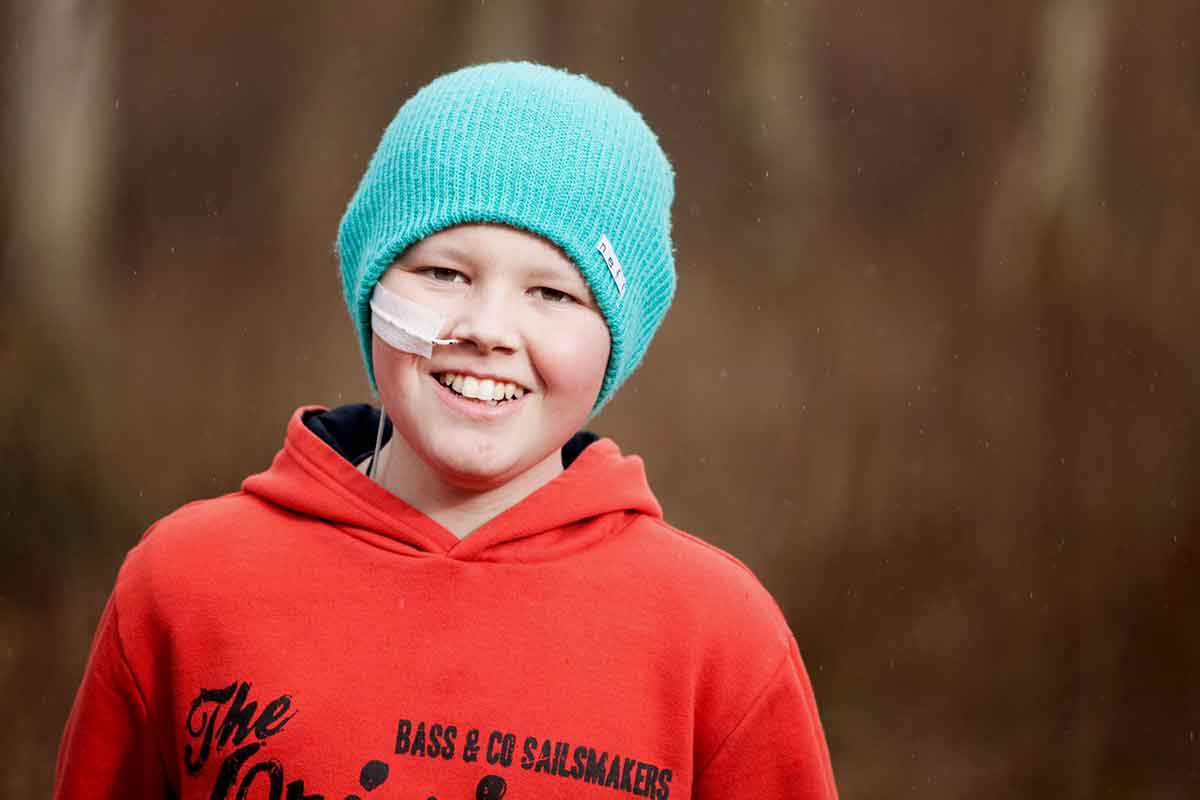 This is the agonising and emotional story that everyone is talking about! ‘Boy in 7 million‘ is the powerful true story revealing a remarkable relationship between a dying son – and a mother that refuses to let him go.

In 2010, at the age of just 10 years old, Deryn was diagnosed with Leukaemia – and then 18 months later he was told he had a secondary cancer, called Langerhans cell sarcoma. Only five other people in the world have it today but no one had ever been found to have the two cancers combined, which makes Deryn a unique case: ‘one in seven billion’.

Doctors said categorically that there was no hope of survival after four years of exhausting intensive cancer treatment.

“The pain was getting worse. The tips of my son Deryn’s fingers were hard and black from a superbug infection. His nails were peeling away and any remaining live flesh was covered in weeping sores.

Every day, he begged me: ‘Please tell them to cut my hand off, Mum. I can’t take this any more.’

By 2013, it seemed that the only thing left for him were opiate drugs to ease the pain as he reached the end of his life.  Callie Blackwell, his mother was desperate to find something else that could help her son…

“I spent hour after hour researching on the internet, and that’s where I came across reports of a substance called Bedrocan, a cannabis-based painkiller that wasn’t available in the UK. Surely Bedrocan had to be a better option than mind-numbing morphine?

But the doctor told me that while it was effective, it had not been tested on children and she couldn’t prescribe it.

And so we took a decision that will horrify many parents reading this – and horrified me, too.

After all, I’d never seen anything positive come of smoking cannabis, and in my days working in nightclubs, illegal drugs had been my enemy. But if it could help my darling boy escape his daily torment, I was willing to try it.”

“Cannabis was a class B drug, which carried a sentence of up to five years’ imprisonment for possession, and up to 14 years for supplying to another person.

We had seen news reports on TV about parents who had had their children taken away from them after trying alternatives such as cannabis. I hadn’t forgotten one doctor’s words to me about my child being made a ward of court if we went against traditional treatment methods.

If either of us were to get into trouble over this, Simon wanted it to be him. And he took responsibility for the operation. He wasn’t going to allow anyone to take me away from the children just for alleviating Deryn’s suffering.”

Since the vape pen didn’t do what Deryn’s mother had hoped, she insisted on upping the dose by dispensing 5ml of cannabis tincture. After just a half an hour, he felt at peace,

“I feel relaxed. I’m aware of everything. I just feel at peace, Mum. It’s beautiful.”

When Deryn began turning away the cyclizine that he was once addicted to, that’s when his mother knew she had made the right choice. So from then on, she continued giving him the tincture anytime he felt uncomfortable.

Just three weeks after coming off the medication, he saw unbelievable results – ‘unbelievable’ according to current medical mainstream practices:

“One evening, I heard Deryn yell: ‘Mum – look!’ The bandage on his middle finger had worked its way loose and completely come off, showing his third finger – which had been blackened and dead – had now healed.

How on earth had a child with no immune system and no way of fighting infection managed to heal himself after being off medication for more than three weeks?”

Deryn’s mother went from being told that he had only three days to live to his doctor admitting that hospice was no longer the place for him!

Deryn’s mother knew it was all thanks to the cannabis tincture – she didn’t need bogus clinical trials to prove what is obvious.

Don’t forget, Pharma and their cronies got into bed with government and banned all scientific research into Cannabis Oil for over 40 years (whilst people died in their millions) just because they couldn’t patent a substance found in nature. They knew it worked big time!

There has been a nasty smear campaign against Cannabis to prevent the public knowing the truth about its potent action against Cancer and other diseases that pharma medicine can’t cure.

Because of Cannabis, Deryn is alive and well today – totally free of cancer, and free from pain.

Our governments and medical authorities keep telling us the same lies – Cannabis is ‘dangerous’ and doesn’t work. Yet the empirical evidence shows us otherwise.

Tens of thousands of people have healed from cancer by taking Cannabis tinctures – and it was all started by one man, who really deserves a nobel prize for his fight against mainstream madness: Rick Simpson. Instead of being applauded for his campaign to bring Cannabis to the attention of the world, he has been hounded by high ranking authority figures in governments, so they can keep the status quo firmly in place.

Now why would they do that?

Money… trillions of it.

This will be shocking for some, but not for those who are awake.  The laws we have in place today have been put in place to safeguard the interests of the few, not the many.  However, they veil of deceit is coming crashing down now as more and more people hear about genuine stories, like this one.

Since taking Cannabis, Deryn has only gone from strength to strength.  You really can’t say the same thing about conventional cancer meds which cripple mind and body, and have an appalling ‘success rate’.  Many times people die from the horrific side effects of chemo, something you can’t ever say about Cannabis Oil.

Deryn went back to his school in Norfolk where he thrived among his friends and peer group and, following just nine months of schooling in the space of four years, he left in June 2016 with seven GCSEs. Today, his weight is no longer a problem and he has decided to pursue a career as a vegan chef.

One response to “The Boy in 7 Billion – How Cannabis Oil Cured Deryn Blackwell of Two Forms of Cancer!”