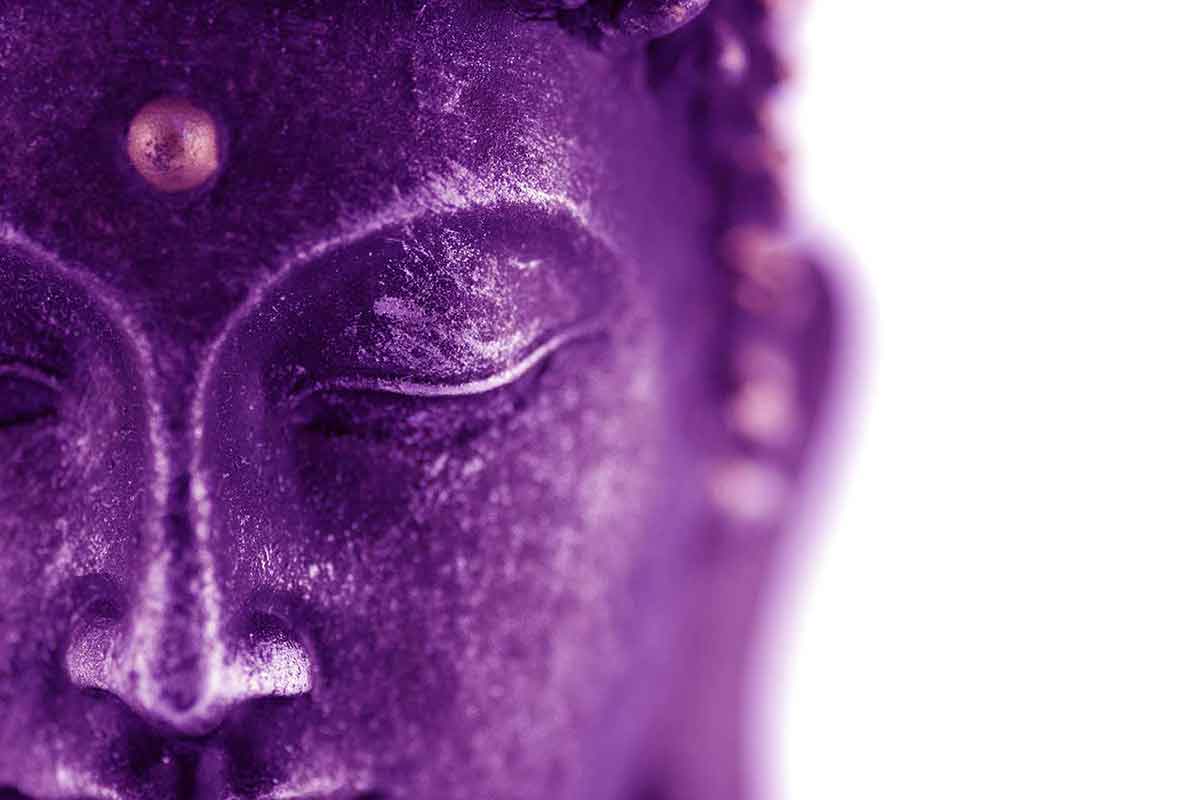 Today, anxiety is at an all time high because of identification with the egoic mind. The mind, or intellect, is always restless, never still.

The intellect is only concerned with the accumulation of knowledge, with intellectual progress. It is a trap.

Dry knowledge is not the path to liberation, and never will be. You can study scholarly texts at University but that knowledge becomes burdensome, taking you (the student) even further away from ‘direct knowing’.

In today’s fast-paced world with endless amounts of data streaming into our consciousness, many people are overwhelmed and overburdened with ‘data’, most of it utterly useless.

Like the humble yet mighty ant, we must sift the sugar from the sand.  We must learn to find ‘truth’ in a world of paradoxes, rabbit holes and dead-ends.

Zen Buddhism and the path to Enlightenment

Rinzai is the Japanese line of the Chinese Linji school, which was founded during the Tang Dynasty by Linji Yixuan. In Japanese, Linji Yixuan was known as Rinzai Gigen.

Buddhism had already been in China for approximately eight hundred years by the time Rinzai began his own studies, and had absorbed many unwanted influences along the way. It was no longer aligned with the contemplative, scholastic forms of Buddhism that originated in India.

Indeed, Buddhism had lost much by the Tang period… it had become overly formalised and ‘religious’  rather than the direct path of inquiry it was meant to be.  This, of course, is the danger with any teaching.

“Buddha was not a Buddhist. Jesus was not a Christian. Muhammad was not a Muslim. They were teachers who taught Love. Love was their religion.”

The Zen school went back to its roots, strongly rejecting all of the scholarly and theoretical forms of Buddhism, focusing on “a direct transmission from heart to heart” outside of the scriptures, tracing a lineage back to the legendary founder of Buddhism in China, Bodhidharma and through him back to the Indian Patriarchs.

This school emphasised personal experience rather than scholarly learning at the heart of its training.

Zen masters such as Obaku (Huang Po) and his student Rinzai both displayed a deep knowledge and profound understanding of the sutras and writings – but they were clear that whilst they saw these texts as a part of the Buddha’s path of liberation, they were equally clear that no amount of dry, intellectual study would ever bring the kind of insight they wished to impart – that which lies at the heart of Zen Buddhism.

The primary teaching of Zen is still applicable today… and even more essential if we are to effectively deal with today’s modern times where nothing stands still for very long, if at all.

Anyone who has observed life just a little will have seen that there is much ‘turbulence’ in the mind of people everywhere today.  Much stress, much anxiety, much chaos.

Will the global economy collapse tomorrow?  Will ‘terrorists’ invade our country?  Will my children be safe?  Is the food I’m eating free from harmful toxins?

Even basic day-to-day worries are on the increase due to the instability of world markets and political changes: ‘how will I pay my bills?’

Certainty has been replaced by uncertainty.

Peace has been replaced by fear… fear of ‘the future’.

So, what is the remedy?

More rules, more regulations made by ‘authority figures’ and our governments?  Surely not…

It is a spiritual law that when we control the freedom of others in order to stay ‘safe’, we simultaneously put ourselves in cages that are hard to break out of. Increased security at airports means more delays for us, more judgments and interrogations, more stress, more inconvenience…

The ego’s world is fragmentary and illusive – and it seeks to constantly protect itself by seeking to change the external, anything and anyone outside of itself is ‘the problem’.  It never looks at itself.

The whole essence of Zen consists of walking along the razor’s edge of the Eternal Now, so that no problem, nothing that is not Who You Are in your essence, can survive in you. If you are totally present, all problems dissolve automatically.

Suffering needs the illusion of time.

Your mind has mainly been conditioned to dwell on the past (escapism) and to project into the future – if it’s good, then you have hope, if it’s bad, you have worry or anxiety.

The mind — YOUR mind — cannot cope with the future.

The future is an illusion, it does not exist, so how can the mind cope with it when it’s ‘negative’?  Thoughts about the future often create an ‘anxiety gap’.

The possibility of losing your job/income, your health, your relationship – all of these things can happen in the future – and entire industries have been built on the basis of ‘solving’ your projected anxieties and worries.

Health insurance, home and car insurance, critical life cover, and so on… all of these things bring the illusion of peace but can never really take away the underlying problem – which is the mind itself.

The mind needs a firm master, but most people are unwilling slaves to it. And the mind is a terrible master!

Like Pavlov’s dogs, we salivate everytime a new thought/stimulus comes into our mind-stream — and the pinging of our high tech devices is only making things worse as information travels at light speed across all our synced devices! 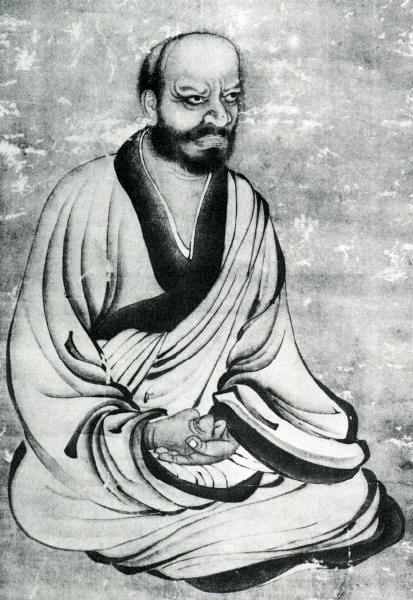 The great Zen master Rinzai, in order to take his students’ attention away from psychological time (where all problems exist), would raise his finger and slowly ask, ‘What, at this moment, is lacking?’

This is a powerful question that does not require an answer at the level of the mind. The moment you try to answer it in your mind, you lose…

The mind likes to ‘problem solve’ but the purpose of the question is to intensely focus the mind so that it is on the knife edge of the now, where all activity of the mind ceases.

When you go into the state of no-mind, there is just the Eternal Self (Atma), the ‘Peace of I’, the Eternal Now.

People will look at you, and they may feel a subtle difference – but they will not be able to categorically tell that you have changed. Nor should it matter.

If you take your attention deeply into the NOW, then you will have peace whenever you do this. You can start right now, in this moment… you need not wait to practise. You do not need to go to a mountain, or monastery, or somewhere special to start.

Focus your attention on your breath, feel the inner space inside of you. Imagine you are walking a tightrope between the peaks of two mountains! Do not let your mind wander, not for a second as you ‘feel’ the energy body that exists beneath the gross matter of the physical shell.

Once you enter into a state of no-mind, you will immediately begin to awaken.  You will no longer be bound by your past conditioning and you will question everything.

The more you practice holding this state of consciousness, this inner ‘vibration’, long enough, any current problems you have will surely dissolve because most of them are ‘boogeymen’ that cannot exist in the light of your own Presence — and if they don’t dissolve, you won’t be bothered by them!

Like Rinzai, we may then attain a great understanding. We will see that we are caught up in dualistic and conceptual thinking, and realise the emptiness of our thoughts, words and philosophical speculation.

As we ‘kill’ preconceived, erroneous ideas planted in our own minds, we will then the power of the world as it is directly experienced.

“Followers of the Way, if you wish to see this Dharma clearly, do not let yourselves be deceived. Whether you turn to the outside or to the inside, whatever you encounter, kill it. If you meet the Buddha, kill the Buddha; if you meet the patriarchs, kill the patriarchs; if you meet Arhats, kill Arhats; if you meet your parents, kill your parents; if you meet your relatives, kill your relatives; then for the first time you will see clearly. And if you do not depend on things, there is deliverance, there is freedom!” (The Zen Teachings of Rinzai translated by Irmgard Schloegl, Berkeley: Shambhala, 1976, pp. 43-44).

One response to “Healing the Anxiety Gap: Teachings of Zen Buddhism”