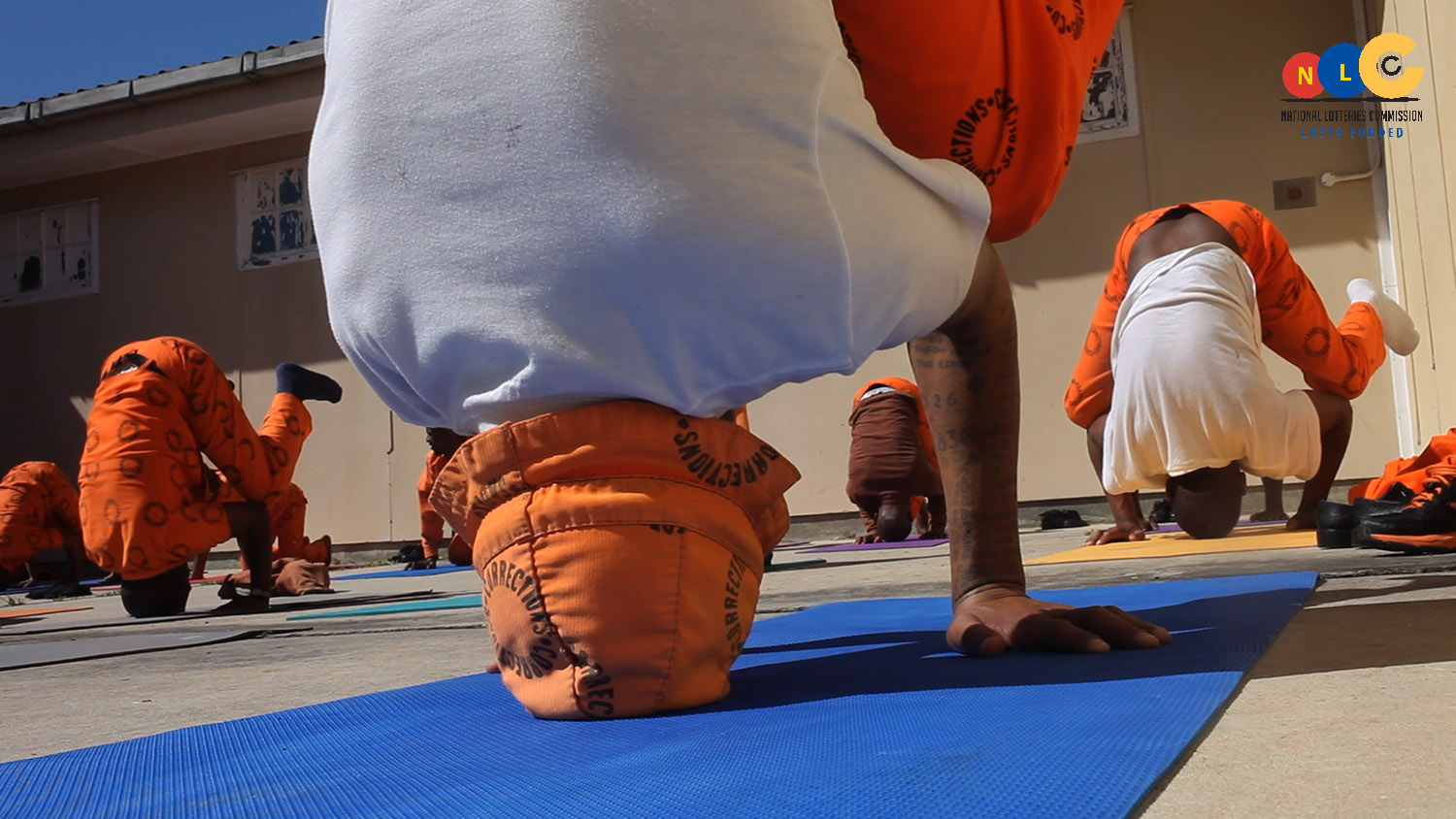 The Prison Freedom Project (SevaUnite) has been seeing tremendous success by offering yoga to inmates in South African prisons.

“Yoga in its greatest form has such benefit to a human being as an individual and in particular in an environment like this it has tremendous potential for rehabilitation.” Brian Bergman

“I was curious to push some edges within myself by going into places where I didn’t feel comfortable, as a way of growing”, reflects Brian Bergman, a yoga teacher from Cape Town.

“And prison, certainly there was a lot of fear for me going in, a big unknown of what’s going on behind those walls.”

Brian — trained in the Bihar School of Yoga, India — sought to deepen his own practice by exploring opportunities for ‘seva’, Sanskrit for service. As a result, he co-founded SevaUnite, a platform that encourages service in South Africa.

In the process, Brian found his own purpose in serving in prisons.

It took a lot of persistence â€“ 1.5 years of it to be precise â€“ before SevaUnite was able to start regular yoga sessions in the Pollsmoor Maximum Prison in Cape Town.

Entering Pollsmoor for the first session was in itself an opportunity for Brian’s own spiritual practice. As he recounts, “I was doing a practice of making contact with the environment, going in with the intention of being as present and aware as possible.”

“Every inmate that we walked past, I made sure to make eye contact, to nod and greet them, as well as all the wardens. That practice is incredibly powerful because it makes you feel at ease in the space and it makes the space feel at ease with you.”

For Brian, teaching yoga to inmates is a source of enthusiasm and joy. Outside prison walls, this is however not always met with a positive response, because of a severe misunderstanding about the nature of yoga and what SevaUnite is actually doing – contributing to the betterment of ALL human beings and thus to society itself!

“I understand fully well that it is often seen as a waste of time to teach offenders – especially if you have been a victim of crime. People have gone so far as to ask if [the inmates] really deserve it.”

This negative reaction stems from a misconception about yoga and its purpose, as well as the typical viewpoint that ‘wrongdoers’ are undeserving of any support whatsoever.

Isn’t this the low side of both individual and collective human behaviour – to wish ill on another? To judge someone, and keep judging them?

This is a very narrow view of life.

According to the World Prison Population List, over 10 million people are held in penal institutions throughout the world today. In South Africa, there are nearly 160 000 inmates alone and the prison door revolves fast! Over 80 per cent of convicts return because they know no different.

The experience of prison doesn’t teach them anything useful – in fact, we could say it only makes them more likely to commit yet another offense.

When will we learn?

Since going to prison increases, not decreases, the chances of committing a crime, Brian underscores the urgency of taking a critical look at how public money is spent on criminals.

At the heart of SevaUnite’s Prison Freedom Project is the tremendous potential of yoga to support rehabilitation.

“Yoga gives a person powerful tools that help them work with their negative emotions, releasing habits and negative patterns of behavior and enhancing the positive expression of their being.”

The Prison Freedom Project draws from the Satyananda yoga tradition to equip inmates with simple but powerful practices that allow them to use the noisy environment to calm themselves down or to become focused. These include breath awareness and making oneself aware of the sounds without reacting to them. That gradual training of awareness has a profound effect:

“Instead of being angry and frustrated and stressed all the time, the inmates are calm, more relaxed and focused. Which means that they are having a better existence.”

Tremendous response has been seen from all those inmates who practice yoga.

Not only does yoga provide them with immediate relief in terms of physical well-being, but it also provides mental well-being and emotional balance. They use yoga to help with typical problems that arise from living in such a confined environment: difficulty sleeping, headaches or tight, sore bodies and a negative mindset from being locked up for many hours on end.

One prisoner at Pollsmoor Prison recounts the ‘magic’ of doing yoga:

“Because you are full of stress and worry you get into arguments with guys in the room, bring up to a fighting… I had an argument with somebody and almost a fight. What I done is I went to the bathroom and I sat on the pot and I closed the door and do the ‘hum’ technique. Your heart starts to vibrate, everything is vibrating inside of you, and then it brings calmness over you.“