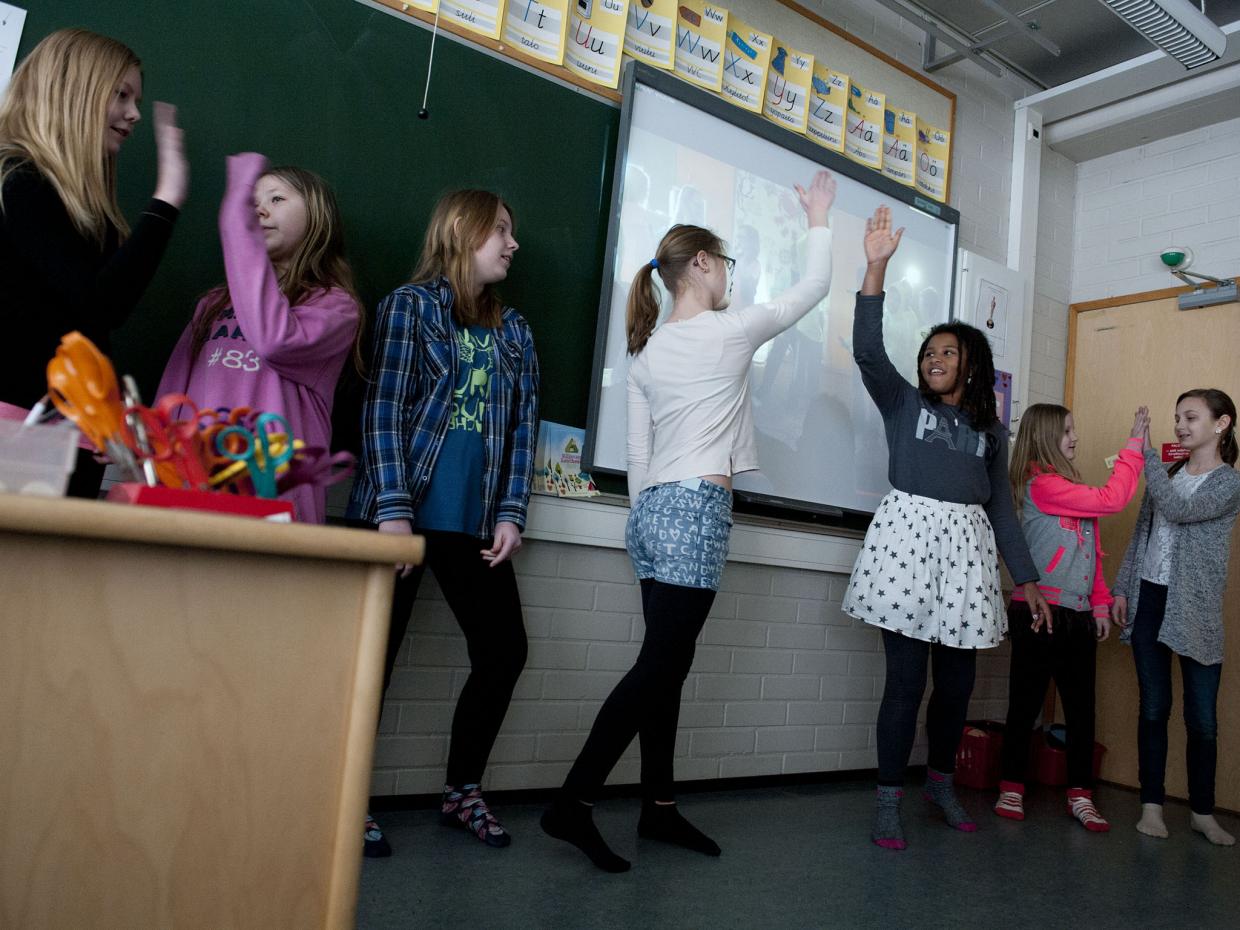 Finland has long been considered one of the best education systems in the world but the authorities aren’t ready to rest on their laurels just yet.. They are now revolutionizing their schooling system to adapt to 21st Century needs…

True to its pioneering form, Finland is already embarking on one of the most radical education reform programmes ever undertaken by a nation state â€“ scrapping traditional “teaching by subject” in favour of “teaching by topic”!

Instead of classes in physics, math, literature, history, geography etc, students will study events and phenomena in an interdisciplinary format.

For example, a teenager studying a vocational course might take “cafeteria services” lessons, which would include elements of maths, languages (to help serve foreign customers), writing skills and communication skills. More academic pupils would be taught cross-subject topics such as the European Union, combining elements of economics, history (of the countries involved), languages and geography.

The key is that students choose for themselves which topic or phenomenon they want to study, bearing in mind their ambitions for the future and their capabilities.

“This is going to be a big change in education in Finland that we’re just beginning,” said Liisa Pohjolainen, who is in charge of youth and adult education in Helsinki.

Pasi Silander, the city’s development manager, explained: “What we need now is a different kind of education to prepare people for working life.”

The traditional format of teacher-pupil communication is also going to change. Students will no longer be required to sit behind school desks and wait anxiously to be called upon to answer a question. Instead there will be a more collaborative approach, with pupils working in smaller groups to solve problems while improving their communication skills.

“We really need a rethinking of education and a redesigning of our system, so it prepares our children for the future with the skills that are needed for today and tomorrow.” Marjo Kyllonen

70 per cent of the city’s high school teachers have already been trained in adopting the new approach, according to Mr Silander.

“We have really changed the mindset. It is quite difficult to get teachers to start and take the first stepâ€¦ but teachers who have taken to the new approach say they can’t go back.”

The changes are expected to be complete by 2020.

What do you think about all these ideas? We’d love to hear your opinion, so let us know in the comments.