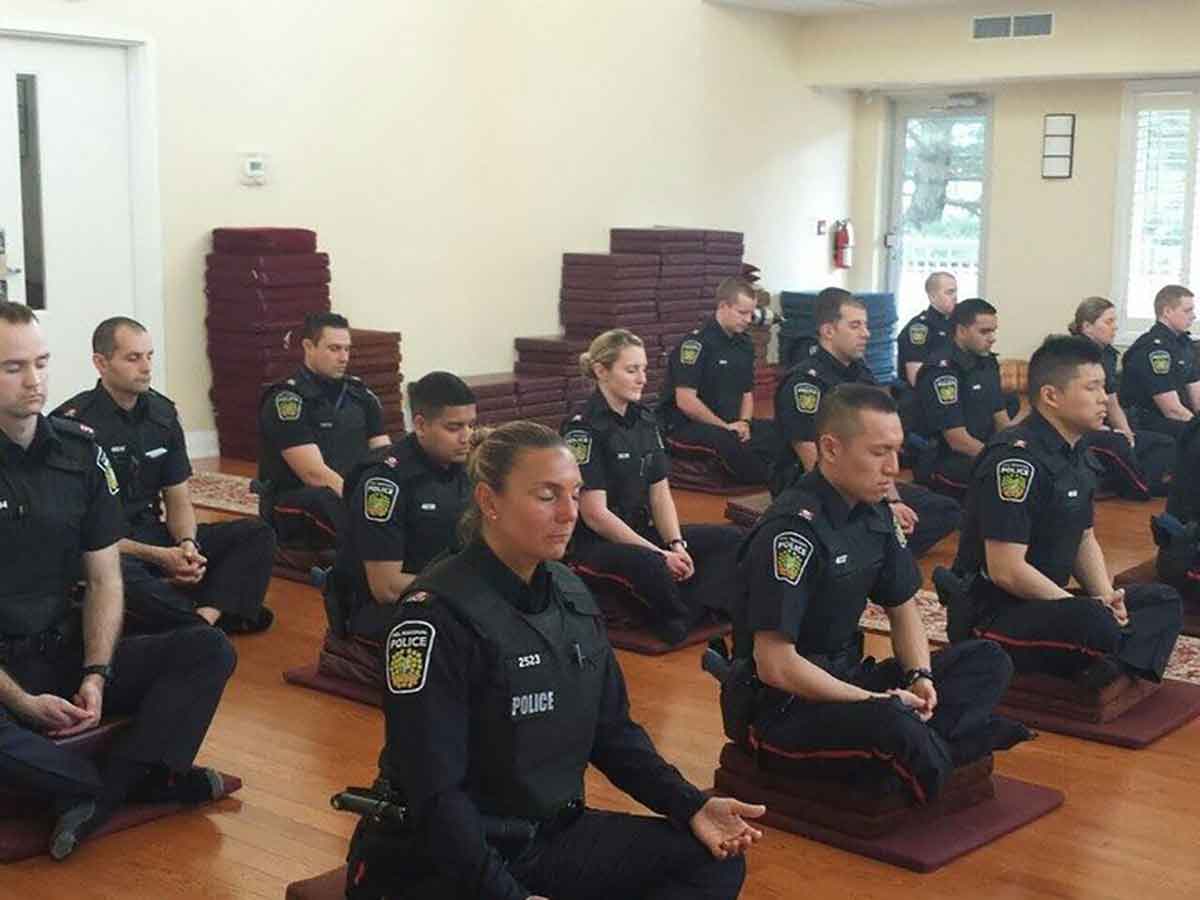 These images will change the way you view these police officers – wouldn’t it be great if all officers worldwide incorporated this into their training?

Officers from Ontario’s Peel Regional Police in Canada attended the West End Buddhist Temple and Meditation Center for a lecture on mindfulness and Buddhist philosophy.

Meditation is a means of transforming the mind. Buddhist meditation practices are techniques that encourage and develop concentration, clarity, emotional positivity, and a calm seeing of the “true nature” of things.

By engaging with a particular meditation practice you learn the unwanted patterns and habits of your own mind, and the practice offers a means to cultivate new, more positive ways of being.

With regular work and patience these nourishing, focused states of mind can deepen into profoundly peaceful and energised states of mind. Such experiences can have a transformative effect and can lead to a new understanding of life.

“It’s good for the well-being of our officers, particularly with the stress they experience on the job,” Sgt. Lori Blashuk of the force’s Diversity Relations Unit told The Mississauga News.

Lest anyone complain that vital ‘crime fighting’ time was being wasted in a temple, rest assured that these officers at the event were not taken off the road but were rather new recruits in training. 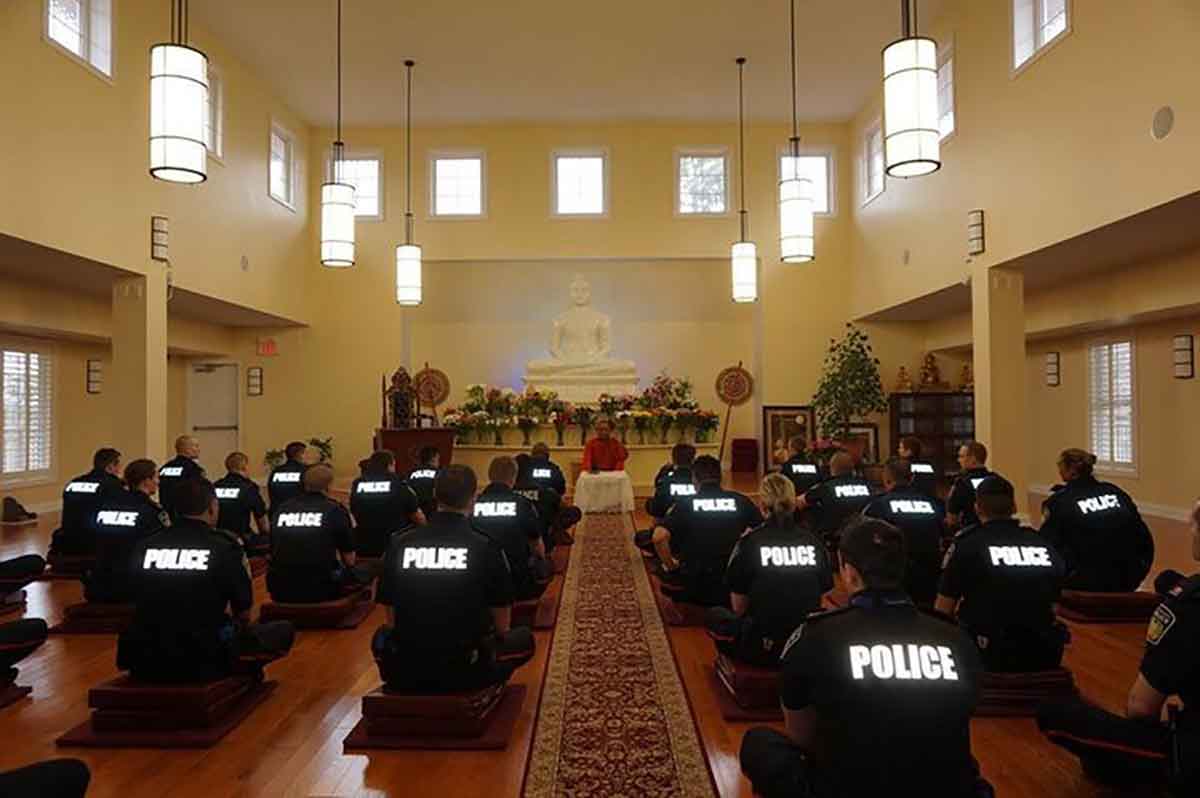 Peel police asked the temple’s Rev. Dr. Bhante Saranapala to organise the event and he was more than happy to do it.

“They were very nice and they liked it and they think it should be part of their daily practice,” Saranapala told The Huffington Post Canada 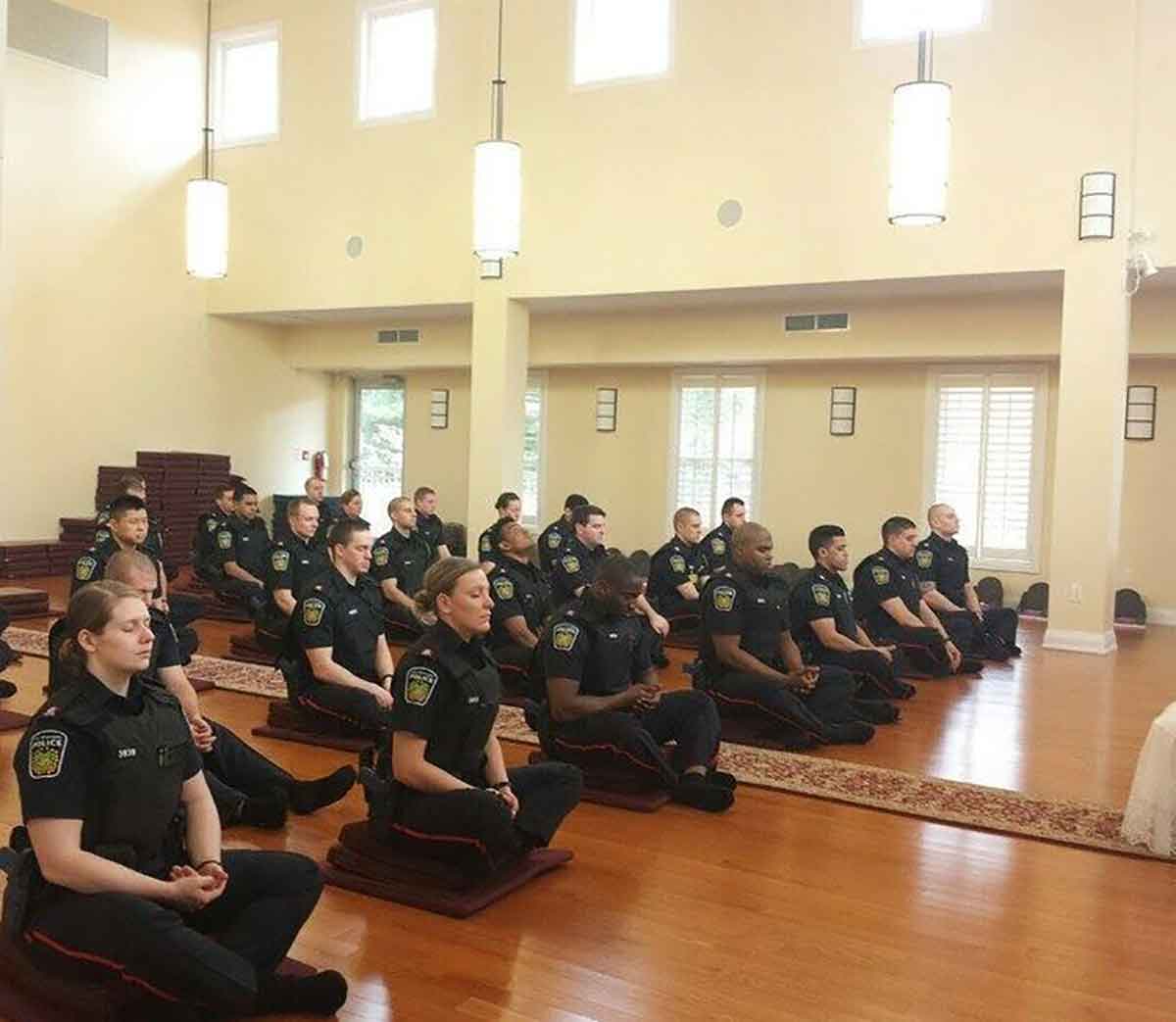 “I think generally people have negative impressions about the police officers, and seeing some officers trying to do mindfulness meditation, [and] being at the front row of a Buddhist temple, they think it’s very positive.”

This is the first time Peel police have done an event like this but the department is now looking into allowing officers to attend regular meditation sessions at the temple. Saranapala told The Huffington Post that next month he will be hosting similar sessions for the Ontario Provincial Police and Paramedics of Peel Region, and he also plans to do sessions for doctors, nurses, teachers, other professionals and also students. 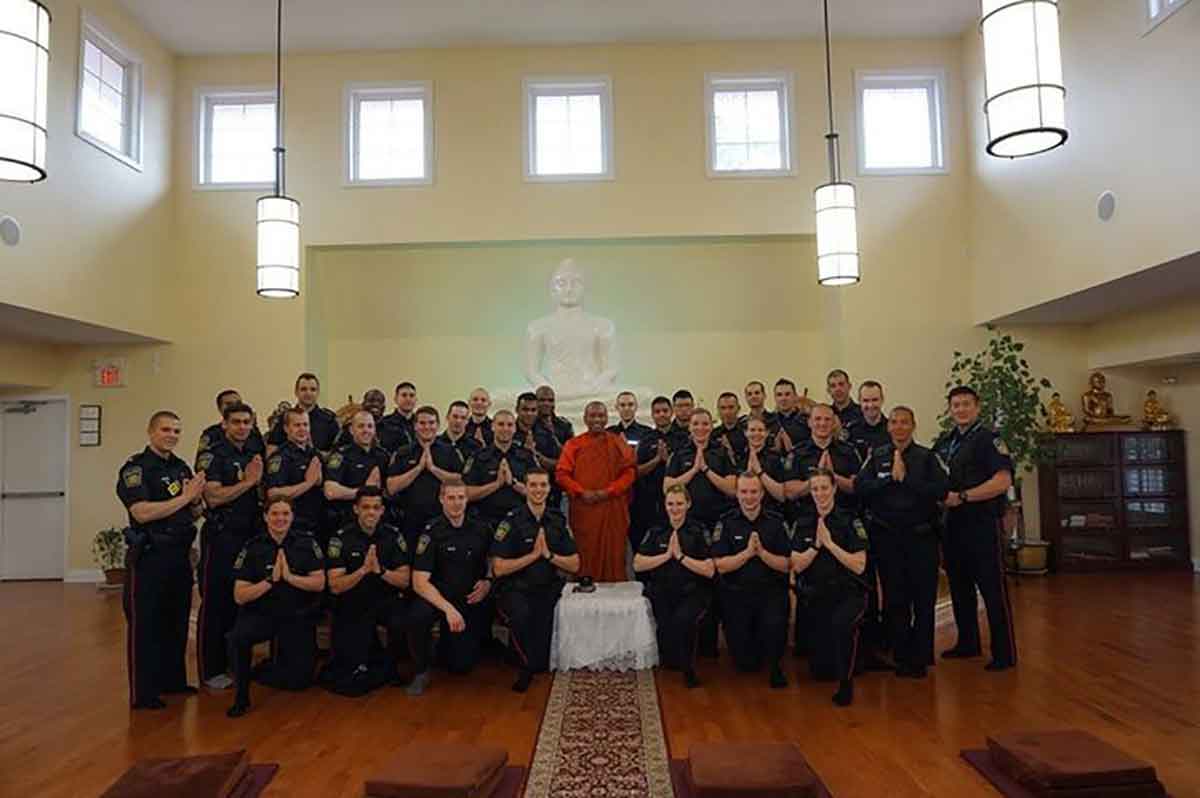 As for the experience as a whole, Saranapala said that it took the officers a while to loosen up and relax, but once he started making them laugh, it lightened the mood.

“When they left the temple, it was a beautiful scene to see. They all were leaving with a happy face.”

What are your thoughts on police officers incorporating the practice of mindfulness into their work, and their ‘world view’?