Conquer Your Goliath! The Hidden Meaning of the Story of David 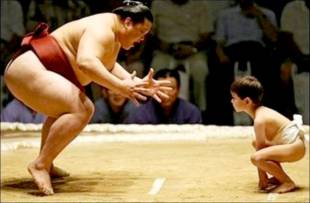 I have a deep passion for mystical interpretations of sacred texts and one of my favorite stories is that of David and Goliath, told in the Jewish and Christian Bibles.

In case you don’t know it, here’s a summary:

David was a shepherd boy, the youngest and smallest of a man named Jesse. He was basically ignored most of the time and not considered worthy of much.

One day a giant named Goliath brought an army against Saul’s army. Saul’s army seemed powerless. Goliath challenged any man in Saul’s army to fight him.

David’s father told David to take a snack to his brothers who waited with Saul. When David arrived, he watched what was happening. He remembered that, to protect his flock, he had killed lions and bears.

David went to the king and told him that he would fight Goliath. Saul offered David his armor, but it didn’t fit, and David refused. Instead, he went to a brook and selected five smooth stones for his sling.

Amidst the laughter and jeers of his brothers, David went out to meet Goliath. David sent one stone into the forehead of Goliath and killed him. David went on to become king of Israel and one of the greatest figures in history.

This is a wonderful story but the symbolism of it tells an even better one. Names and objects represent states of consciousness.

Here are some brief definitions of the names and objects:

Saul stands for ‘the will’ or ‘the world view’, acting without the power of GOD/SOURCE/SPIRIT. His armor refers to the false dependence we have on worldly beliefs.

The name Goliath comes from an old Babylonian word meaning “running, ravaging spirits.” He is symbolic of dominating, aggressive people and ideas that parade proudly, frightening us with their display of power.

David, whose name means ‘beloved;, is representative of spiritual strength, gained by trust in SPIRIT.

Lions mean unrestrained thoughts that arise in us when we are falsely accused of something, but know we are innocent.

So, let me retell the story, using the deeper, mystical meaning…

Daivd spent his days in the meadows with his sheep, which represent the natural flow of consciousness from SPIRIT, or the superconscious mind. By cultivating this openness to SPIRIT, we become powerful with the strength of SPIRIT.

As he guarded his oneness with SPIRIT, he was able to destroy in his subconscious mind the illusions of the world and the ridicule and false impressions of others about who he truly was.

As he encountered worldly beliefs of others (Saul), he stood strong, knowing that the power of SPIRIT guided and protected him. When faced with the fear-based beliefs and ideas of enemy thoughts (Goliath), he drew upon the mighty force of SPIRIT within him.

At this point, he had two choices: he could either revert back to worldly solutions (Saul’s armor) or to rely on the strength and guidance of SPIRIT. He picked up his sling and five smooth stones (the indwelling Christ consciousness).

By sending forth the Truth of SPIRIT, he shattered the illusions of the world and prevailed as King (the ruling consciousness of SPIRIT).

When I am faced with a Goliath, I am often initially fearful. But I remember that SPIRIT is stronger than any problem or person who comes against me. Rather than putting on the “armor” of the world, I seek SPIRIT.

More and more I find that the problem solves itself, the people cease to seek power over me, or SPIRIT offers me a different path, opening up door after door.

I challenge you to think of something that may loom large in your life right now. As you think about it, picture yourself as David, shattering the illusion of the problem and allowing SPIRIT to work through you for the highest good.

Affirm: “SPIRIT moves with and through me, bringing me only good!”