How I found ‘earthing’! The most important health discovery, ever? 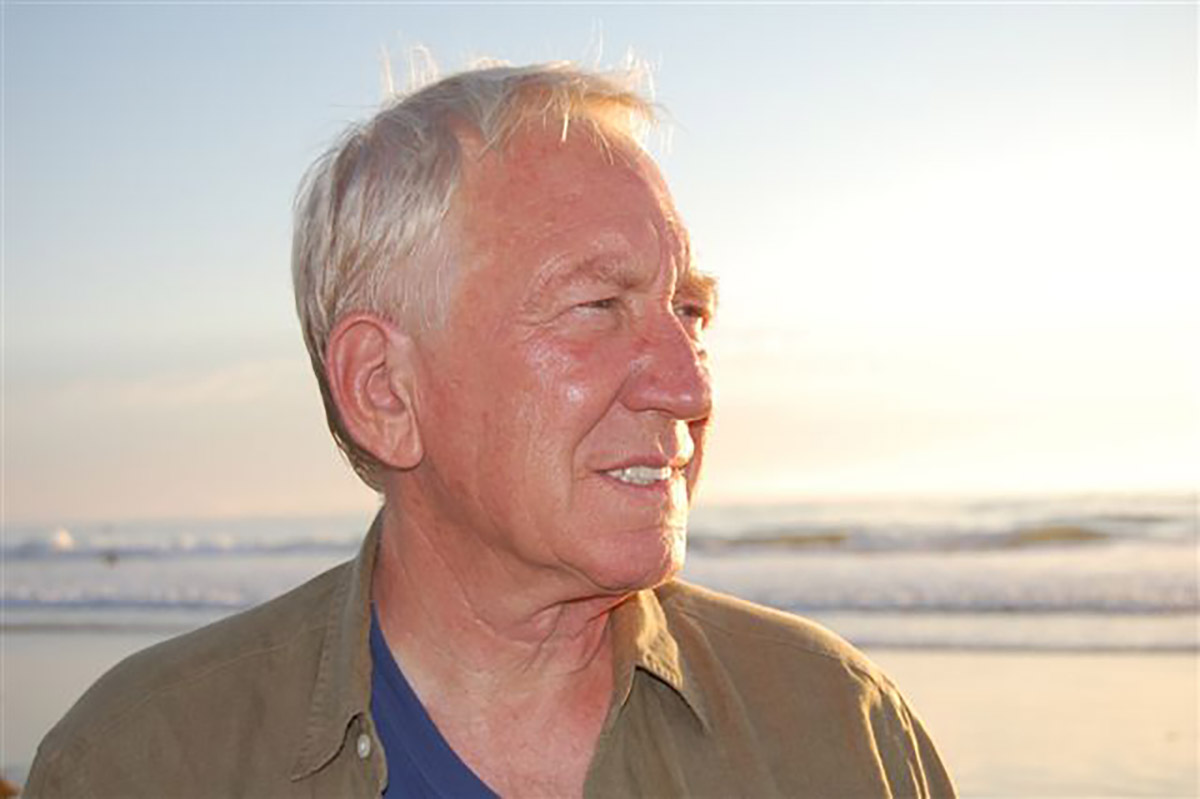 I was born on July 14, 1944 in Fort Dodge Iowa, but spent most of my formative years in the great state of Montana. There exposed to the Native American Culture I developed a love of nature and learned of my connection to the natural world. My immediate and extended families were farmers and ranchers, who also taught respect for the land and to listen and learn from the ways of the natural world.

In 1959, my father died from leukemia, leaving my mother and his five children with crops in the ground and a herd of livestock. Being the eldest child, I then had to forgo school and assume the care of my mother who was also ill, my four younger brothers, crops and a herd of livestock. To leave school and tend to family business was a very common practice back in those days.

My Grandfather, Earnest Monroe Davis, on my mother’s side was one of the youngest to enter the Spanish American War and at the age of 89 years was the third last living survivor. Just before his death, he said; do not worry about your not being formally educated, if you want to learn something, go to the local library and there are books to provide any knowledge you are lacking. There, if you cannot find the knowledge you need to achieve your aim, then hire the very best schooled in that knowledge and let them guide you. Then listen to your heart and follow your natural instincts.

This sage advice along with the personal challenges of life, have provided the means for an unusual but quite extensive education and connections with great teachers and leaders.

In 1972, I began my own company, Telecrafter Corporation, which specialized in developing CATV systems, broadcast television and microwave communication properties. This company became the largest provider of CATV marketing and installation services in the US. The company also developed and owned interests in CATV systems, broadcast television properties and microwave distribution systems throughout Colorado, Montana, New Mexico, Utah and Wyoming. This company became public in 1980 and four years later merged with Wegener Communication Inc. of Atlanta GA.

In 1993, after experiencing near death from a major health disorder and spending 28 days in a hospital, I awoke one morning and noticed the sky was a deeper blue and the trees were a more vibrant green than I had ever seen before. At that moment I felt alive again but very much different from before.

Then, while struggling to walk around the home that day, a stark realization came over me that I never owned my home and this mountain of possessions, but rather they owned me! Recognizing that I had become a slave by my own making, to things, I decided to set myself free and find something to make my life about other than things. The big home was sold and all of its contents given to the children.

After gaining my freedom, I spent the next four years living in a forty-foot bus and traveling around the US.

One night while sitting and staring across the bay, while parked in Key Largo, and asking what should I be doing, I automatically wrote on a piece of paper “become an opposite charge”.

Upon rising the next morning, an odd notion went through my mind that the earth itself was trying to tell me something. Little did I know at the time, that through an inexplicable series of events, a compelling force would lead me to understand that we humans have a bio-electrical connection with the earth. One that with simple ground contact, neutralizes charge in the body and naturally protects the nervous system and the endogenous fields of the body, from extraneous electrical interference.

In the modern electrical world with our bodies now insulated from ground contact, we are vulnerable to electrical interference as our cells all transmit and receive the vital information that keeps us alive and healthy with bio-electromagnetic communications.

During the last years, I have spent every waking hour in the pursuit of understanding and identifying the impact that loss of ground contact has on the body. The findings to date extend far beyond anything I would ever have believed.

The following summary is an overview.

In the beginning of my search, time spent with electrical engineers and medical professionals resulted in little more than blank stares and research in the medical libraries turned up nothing. Then after discovering that the National Institute of Environmental Health Sciences was compiling a paper on the effects EMFs have on human health. I focused my attention on their work and as luck would have it, their information provided a simple piece of evidence that gave me direction.

It was their conclusion that the adverse effects found in some human studies from exposure to EMFs was determined to be inconclusive as the same effects could not be reproduced in animal studies… animals in similar studies [a herd of sheep, baboons and the like] did not experience the same adverse effects. These animals were not wearing shoes and sleeping in comfortable beds insulated from earth, they were naturally grounded.

A herd of sheep sleeping under a power line, to study changes caused by EMFs in human melatonin levels. I could not resist; this determined the area of study, ground humans while asleep, the primary time when the healing and restoration of the body takes place.

The method to effectively ground people while in bed was developed and the study began. The effort produced, with a control group, the following results:

Then a Dr Russell Whitten of Ojai, CA confirmed these findings when he took an interest in the study and additionally grounded 35 of his own patients and found similar results.

This combined evidence confirmed that the human body, with loss of ground contact, is now operating in a bio-electrically stressed state.

Now the task is to identify individuals and companies that can help develop and provide effective and safe methods to restore our vital connection to the earth.

Excerpt from my book

“The results of Earthing often translate into a significant improvement—even total transformations—in health and vitality. One patient, a thirty-six-year-old woman with advanced multiple sclerosis (MS), was so happy about her improvement after Earthing that she once ran out of her house, stood in the middle of the street, and screamed to all her neighbors to get grounded. She said she wanted to start the ‘barefoot revolution’ and teach everyone how to get well. She had tried Earthing out of desperation—something someone had told her about—after a doctor advised her to purchase an adjustable bed, a large screen television, and to make herself as comfortable as possible. MS doesn’t get better, the doctor told her. In her case it did, and dramatically so.” Earthing: the most important health discovery ever!