Yin Yang and the Story of Creation 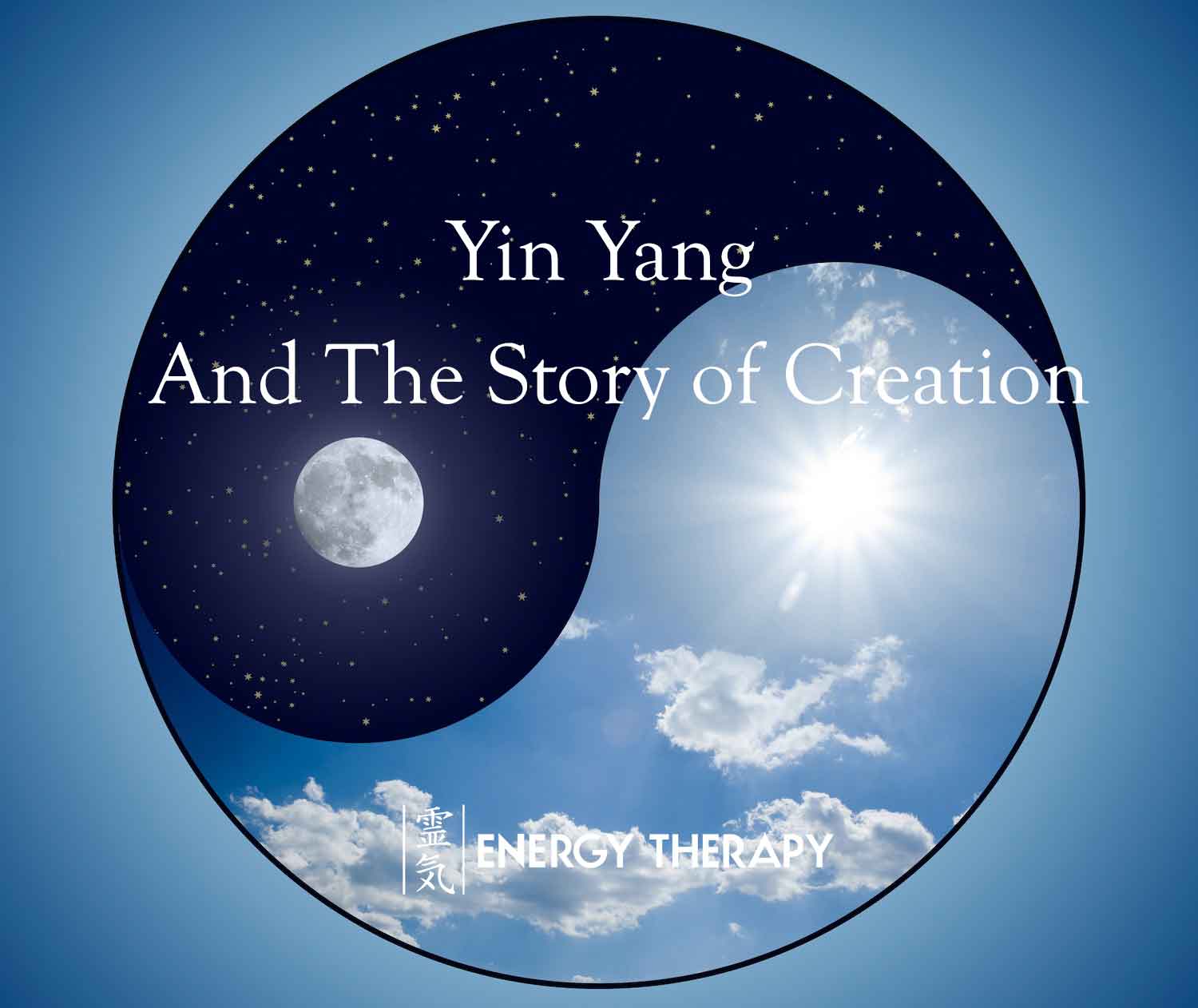 In ordinary waking consciousness, we tend to perceive our self as separate from the world, and so we are free and can walk about within the world and experience it as something ‘other’ than our self. This is part of the grand illusion for us to play our games in this Universe but it definitely has a down side.

When you see yourself as separate, you will experience yourself as a single and separate life that needs “protection” from everything your ego perceives to be hostile.

This is useful when it’s a real threat — for example, you’re in physical danger and need to act! However,  most often the ego is reacting to ‘fear-based’ thoughts which arise from dualistic thinking. Worse, these thoughts have no real basis of truth – once an idea is accepted, and it turns into a belief, it’s difficult to overcome it because we tend to operate from our beliefs without much questioning of them.

And this seems to only be getting worse these days with the constant barrage of negativity presented by our mainstream media worldwide, who paint vivid portraits of unseen boogeymen lurking in the darkness, triggering irrational fears of the unknown.

If you identify yourself as the ‘good guy’ then the other person must be the ‘bad guy’!  Yet, as the opening line in Iron Man 3 so boldly reminds us ‘we create our own demons’.

We become alienated from the world primarily by our false sense of separateness but when we meditate and go inwards, we again remember our interconnectedness, and experience it, so that these notions of ‘good’ and ‘bad’ are dropped. There is only ‘what serves us’ and ‘what does not’, in this moment.

From this inner space, we seek to understand, rather than condemn. We may protect ourselves instinctively from real threats, but we no longer operate from mere habit.  And we don’t allow ourselves to continually buy into society’s fear-based thinking!

If you practice truly living in the ‘now’, you will come to know and trust this moment as safe. Fear only exists in a mind which is remembering the past or worrying about the future!

One of the oldest ‘creation’ symbols, the ‘Yin Yang’, reminds us why the world out there is not separate from us and why we should not fear it. The mind will object with its ‘but…!’  Tell it to be quiet!

The greatest psychic of the 20th Century, Edgar Cayce, tells us that the ONE force began by manifesting itself in two ways – as a force of attraction and a force of repulsion. Up and down, on and off, in and out, black and white, male and female, and so on. In fact, many ancient stories validate this powerful insight, saying that creation began by the dividing of the One into two.

The Bible tells us that God separated Heaven and Earth, light and darkness. The Upanishads say that the world came into being as a great cosmic egg that burst into silver and gold, silver becoming the earth and gold becoming the sky.

These polar opposites are aspects of the same underlying unity. Two sides of the same coin as it were.  Everything that we see, feel, touch, taste and hear come from the same invisible stuff… energy!

The Yin-Yang symbol is probably one of the oldest expressions of this ‘one into two’ concept. If you look carefully at the yin-yang symbol, you quickly intuit how the original One — depicted as “a circle” – was divided into two “comet-shaped” parts. You can see the yin-yang symbol as being either a white comet against a black background, or a black comet against a white background.  As well, the circle in the middle of each contains its polar opposite, showing that ‘failure’ contains the seed of ‘success’ (and vice versa), and ‘hate’ contains the seed of ‘love’ (and vice versa).

But why have duality at all?

Firstly, the One divides into two in order to create energy. And more importantly, it is only by having “up” that we can know “down”.  The relativity of this Universe allows us to gain what we say we want most: “experience”.

The trick is not to get stuck by judging the experiences we have, particularly if we happen to be on the downside!  What you resist, persists!

Instead choose to look with awareness – which can only truly be cultivated by meditation. What you look at, disappears… that is, you are able to see into the illusion and can work with it, rather than fighting it.

Today, when duality comes into your awareness, smile and acknowledge it. Then ask, “is this serving me?”

If you are experiencing success, rather than fret about how long it’s going to last, celebrate it and acknowledge that it probably came from a series of steps that were ‘failures’.

If you’re failing, look to pivot vibrationally… ask yourself, “how can I see this differently?” and “what do I really want here?”

Use the dualistic nature of this universe to catapault yourself to the polar opposite. Write down any thoughts that spring to mind… clarity comes through contrast!

Want to learn more about symbolism, energy medicine and vibration? Join Jaime and Jennifer on their next Sound Healing and Sacred Geometry Retreat in Europe!