If Human Thought Can Do This To Water – Just Imagine What Our Thoughts Are Doing To Us! [Video] 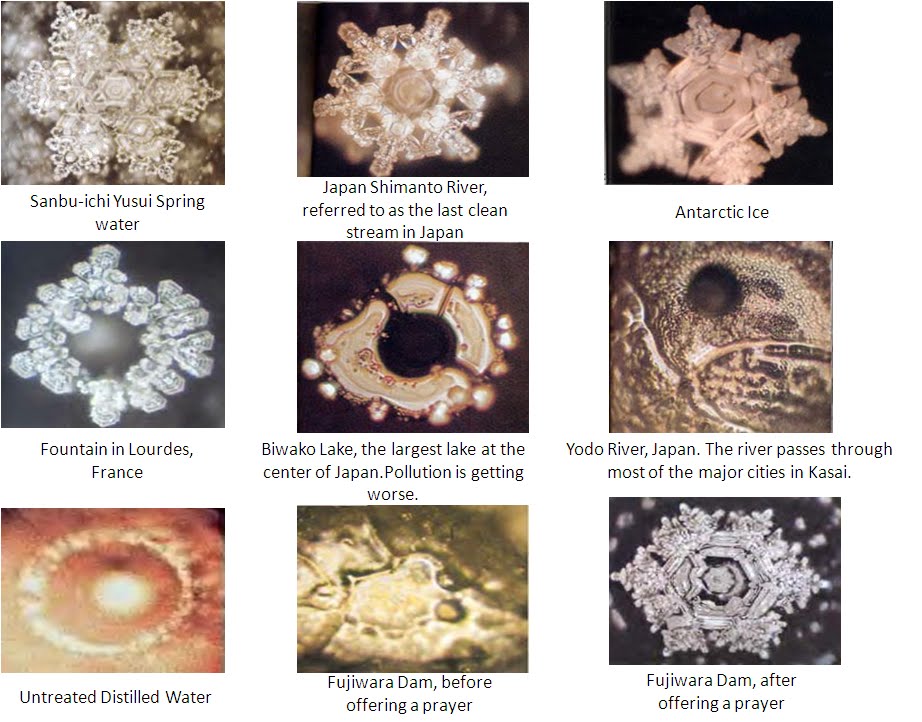 Just over decade ago, if you had told somebody that human thought can have a direct and measurable effect on matter they would have probably looked at you like you’re quite mad! Maybe a lot of folks still will!

However, the idea that ‘thought creates reality’ has definitely become more mainstream, even if it isn’t fully accepted by all.

Masaru Emoto was the first scientific researcher to gain worldwide recognition for his research into the idea that human consciousness, directed in a specific way, can have a measurable effect on the molecular structure of water.

For example, a water sample from a beautiful mountain stream would show beautiful geometries when frozen but water taken from a polluted water source, such as tap water with fluoride and chlorine in it, would show ugly, distorted and randomly formed crystals.

Something for the fracking industry to think long and hard about!

Dr. Emoto also exposed water in glasses to different thoughts (spoken out loud as ‘words’), pictures or music, and then froze and examined the aesthetic properties of the resulting crystals with microscopic photography.

Alternative health practitioners and lay persons exploring the ‘mind-body’ connection were totally gobsmacked! Here was the proof they were looking for!

If thoughts can do this to water, imagine what our thoughts are doing to us on a daily basis?

Since our bodies are primarily of made up of water (approximately 70 percent), positive ‘self-talk’ will have a positive effect on our biology, enhancing cellular repair and regeneration. Remember, our bodies are constantly rebuilding themselves each day, with thousands of cells dying and being replaced.

Negative self-talk will have a detrimental effect on our biology, hampering cellular repair and regeneration.

Dr. Emoto’s incredible experiments, and many others like them, show that thoughts, feelings and emotions — the things we can’t see — are primary drivers of our biological systems.

Of course, we intuitively know this – our biological system responds to every thought we have!

This can come as quite a shock for the average person – but once you understand this, there’s no going back. You cannot undo such a quantum leap in ‘awareness’.

Dr. Emoto passed away in October 2014 but his brilliant work will live on and inspire generations to come.

One response to “If Human Thought Can Do This To Water – Just Imagine What Our Thoughts Are Doing To Us! [Video]”