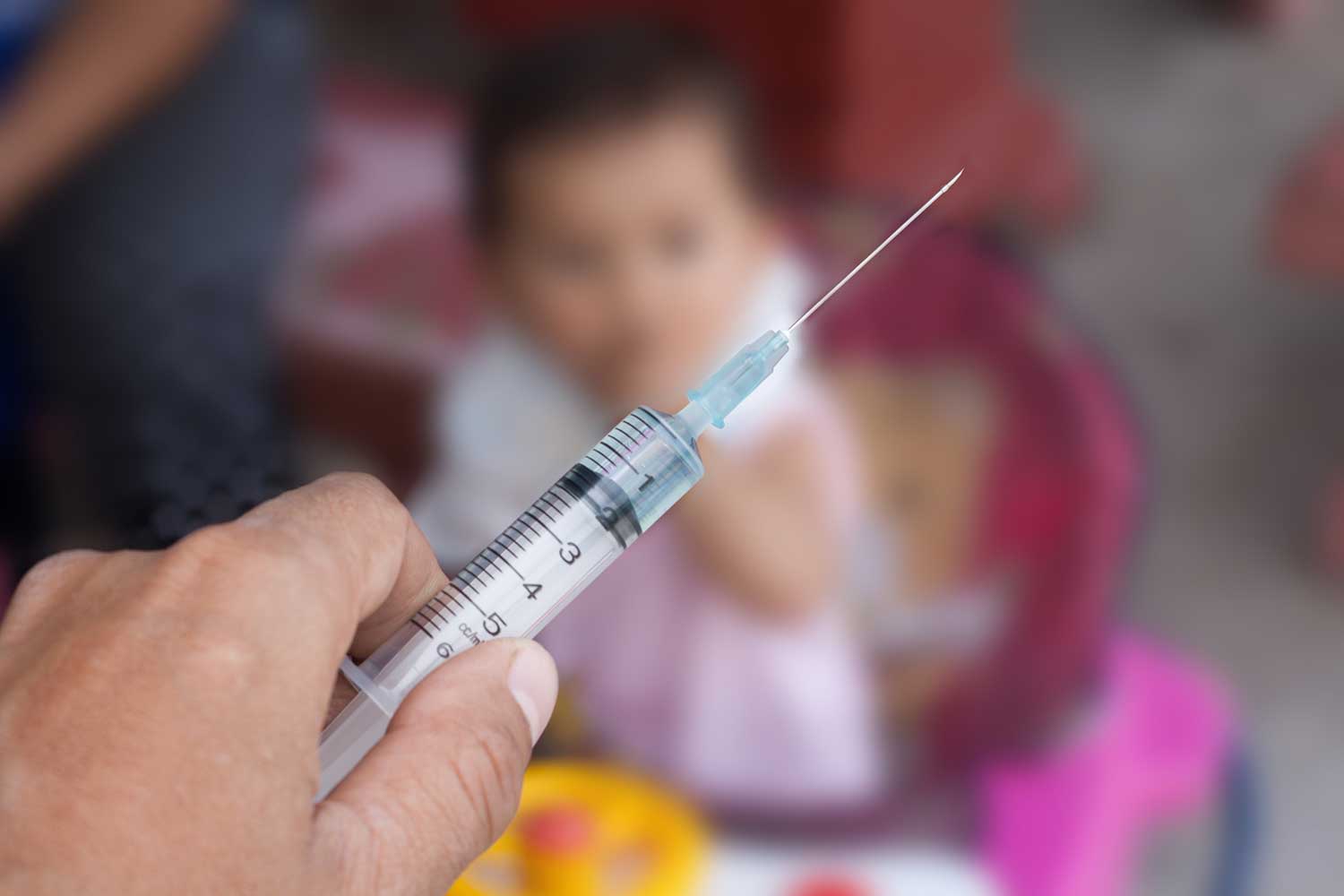 The only safe vaccine is a vaccine that is never used. – Dr. James A.  Shannon, National Institutes of Health

Researchers from Jackson State University are some of the first to look at the long-term effects of vaccination. They monitored the health of over 600 children from the time they were six, when the full vaccination programme had been completed, until they were 12 and found some disturbing results about common childhood health problems.

All the children were being home-schooled because it was one of the few communities where researchers could find enough unvaccinated children for comparison; 261 of the children hadn’t been vaccinated and 208 hadn’t had all their vaccinations, while 197 had received the full 48-dose course.

The vaccinated were more likely to suffer from allergic rhinitis, such as hay fever, eczema and atopic dermatitis, learning disability, ADHD (attention-deficit, hyperactive disorder), and autism.

Vaccinated children were also more likely to have taken medication, such as an antibiotic, or treatment for allergies or for a fever, than the unvaccinated.

The following conclusions will not be surprising to those who are rightly suspicious of the CDC and FDA’s collusion with Pharma.  For many who believe vaccines are totally safe, it will be a shock, and hard to admit to – and their anger will most likely be misdirected at the messengers of truth, instead of at their own governments and the Vaccine Industry.

*These results are especially shocking since two of the childhood vaccines are designed to be preventions against ear infections and pneumonia (Hib and Pneumococcal).

But even more concerning were the rates of neurodevelopmental disorders (NDDs) found in the two groups:

The data surprisingly showed that partial vaccination did not prevent these negative effects.

Finally, the study demonstrated a significant negative impact of vaccination on the long-term intellectual and neurological health of children who were born prematurely and received the CDC-recommended vaccine schedule:

The study rightly concludes that “further research involving larger, independent samples and stronger research designs is needed to verify and understand these unexpected findings in order to optimize the impact of vaccines on children’s health.”

The far more important question is, why isn’t it already happening?

Anthony William, the medical medium wisely avoids a head-on collision with the heated vaccine debate, simply saying “medical communities are in for a massive wake up call about obvious mercury contamination.”

Mercury and other heavy metals diminish neurotransmitter and neuronal function, breakdown electrical impulses, and can cause seizures if present in the brain and nervous system for extended periods of time.

“Heavy metals can cause ADHD, ADD, autism, depression, OCD, mood disorders, Alzheimer’s, focus, concentration and memory loss issues, and much more. They can also increase any viral or bacterial issues you may be battling. For example, heavy metals can serve as a feeding ground for Streptococcus A or B, E. coli, C. difficile, H. pylori, and yeast cells. This can create an overgrowth of multiple bacteria in our gut, resulting in a condition known as SIBO (small intestinal bacterial overgrowth), which is characterized by bloating, abdominal pain, diarrhea, constipation (or both), and can lead to nutrient deficiencies. Additionally, when viruses such as Epstein-Barr and shingles feed off toxic heavy metals, this can produce symptoms such as tingling, numbness, fatigue, anxiety, heart palpitations, ringing in the ears, dizziness and vertigo, as well as neck pain, knee pain, foot pain, pain in the back of the head, and a variety of other aches and pains that are often attributed to other causes.”

Ever heard of ‘vaccine harm’?

Billions of dollars have been paid out by the Vaccine Industry to injured families  – but there are strict ‘non disclosure terms’ that must be signed which mean that those compensated are not allowed to speak out in public about the nature of the injury!

Why all the need to hide it, if it’s so goddamn safe?

You might want to ask yourself, why is a supposedly safe industry has been paying out billions of dollars in damages, and how can it afford to do so?

There are thousands of reported cases each year (which doesn’t even touch unreported cases), proving that vaccines can cause side effects that are very harmful to one’s health.

The measles vaccine alone has been reported to cause brain inflammation, seizures, pancreatitis, anaphylaxis, and arthritis. It doesn’t stop there: there are even cases of children who have died after receiving vaccinations.

“29 governments around the world have accepted liability for any damage caused by their national vaccination programmes and have created taxpayer-funded compensation schemes. The US scheme has paid out $3.5 billion since 1988 for 16,616 cases of vaccine injury and 1,219 vaccine-related deaths. Among the injury cases, more than 1,300 relate to brain damage, or encephalopathy.”  Bryan Hubbard, WDDTY

So, why are so many people following the vaccine schedule?

Fear is what all these pro-vaccine campaigns are based on, and it works most of the time – it takes a tremendous amount of courage to stand against a sickness industry with vested interests and powerful connections all the way to the top.

The ‘fact’ touted that vaccines are our children’s lifeline to wellness is dogma, not truth.

The legal requirement to make sure your child is vaccinated, or else, shows us very clearly the truth of this situation.

As human beings, our sovereign birth right is to decide what to do with our own bodies – and, as a corollary, how to manage our own health. Never forget that the next time someone else – especially a ‘medical authority figure’ – tells you what to do!

Not so long ago, it was religion and the church who controlled people’s minds through fear… they demanded subservience, or else! Today it is materialistic science ‘preached’ by Pharma and its minions.

We are supposedly rational human beings who make conscious, well-informed choices. Yet, when fear is triggered, it seems we revert to our more primal natures and make decisions that are not in our best interests. We can  be, and regularly are, manipulated.

Reason often goes out of the window when the spectre of fear raises its ugly head. Most worryingly, empirical data is discarded in the zealous rush to comply with the New God’s laws and rules.

Here’s the thing, people wrongly assume that vaccines are safe if there appears to be no immediate adverse reaction but the toxic ingredients being put into adjuvants will wreak havoc over time.  They are, in fact, ticking time bombs – but hardly anyone cares to admit it.

“Common adjuvants include: aluminum, mineral oil, detergent stabilized squalene-in-water, pertactin, formaldehyde, viral DNA, phosphate, all of which are inherently toxic, no matter what the route of exposure.

Many parents today do not consider how dangerous injecting adjuvants directly into the muscle (and sometimes blood, due to incorrect and/or non-existent aspiration techniques), especially in non-infected, healthy offspring whose immune systems are only just learning to launch effective responses to the innumerable pathogens already blanketing their environment.

Adequate breastfeeding, in fact, is the most successful strategy in the prevention of morbidity and mortality associated with infectious challenges, and is so distinctively mammalian (i.e. obtaining nourishment and immunity through the mammary glands), that without adequate levels (only 11.3% of infants in the US were exclusively breastfed through the first six months of life (Source: CDC, 2004)) infants become much more readily susceptible to illness.” Sayer Ji

I often hear the casual rebuttal ‘correlation isn’t causation’ – but this is the mind playing tricks to deceive itself. Humans are good at playing that game.

If empirical data shows up again and again, then it is pointing to the truth of the matter and needs further investigation.

Pro-vaccine supporters have developed a rather clever dogma that’s been asserted over and over again over the years by others… and, rather than listening carefully to the other side of the coin, they just shout ‘anti vaxx’ to insinuate that the people questioning vaccine safety are irrational, scare-mongerers who want to make everyone else sick, when just the opposite is true.

As a parent, what’s the biggest scare of all? That your child could get sick with a serious disease and you feel responsible for that. It’s thus easier to go along with the medical status quo because there’s ‘safety’ in that. It also takes you off the hook.

But what if the very vaccination is the cause of the illness in the first place? 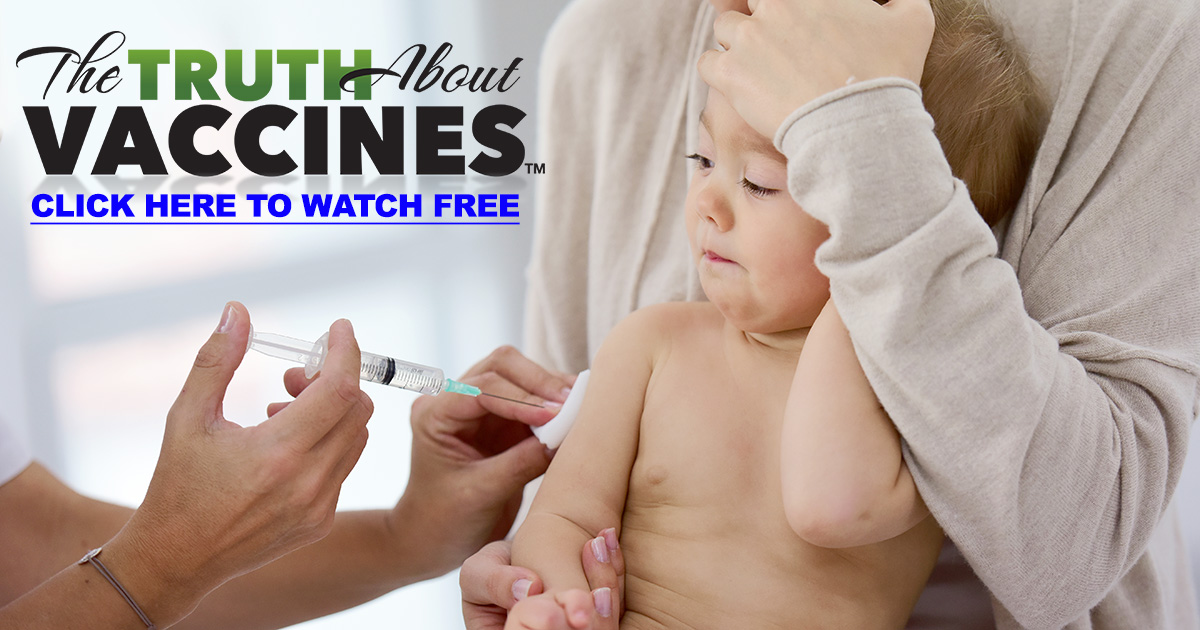 2 responses to “Study: Vaccinated Children Are Four Times More Likely To Suffer From ADHD And Autism”