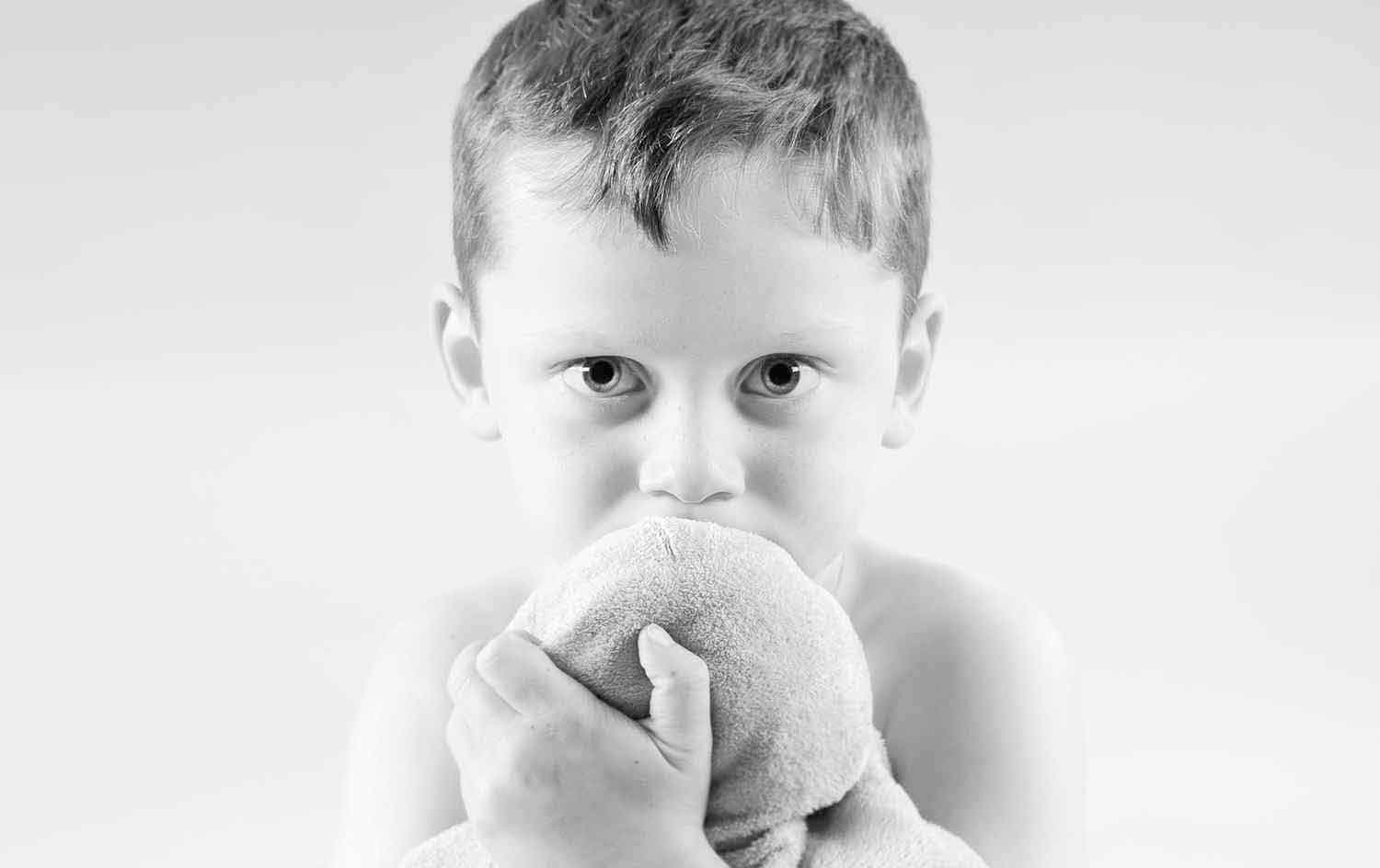 ADHD and Autism rates are skyrocketing despite our medical advances.

According to Anthony Williams, the ‘medical medium’, the current various theories floating around about ADHD and Autism don’t address the true underlying cause of ADHD and autism. And the cause is more obvious than we care to admit.

Specifically, he says that both ADHD and Autism are born from mercury, plus aluminum, that settles in the brain’s midline cerebral canal – which divides the left cerebral hemisphere from the right.

Genetics are not behind ADHD and autism. Blaming DNA blames the very essence of the child who struggles with ADHD or autism. The reason that ADHD and autism sometimes run in a family is a generation-to-generation transfer of mercury, as well as family patterns of exposure to toxic heavy metals.

Could it really be as simple as this?

This information is not currently found in medical literature because it will take our current science years to catch up… but can we really afford to wait?

No. Absolutely not. Not if we care about our health.

Even young babies and children can build up significant exposure to heavy metals in a short time because mercury is a neurotoxin that slips under doctors’ noses most of the time.

Don’t you find it alarming that the vaccine schedule has dramatically increased over the last few decades, given the exponential increase in rates of ADHD and Autism at the same time?  Correlation isn’t causation… but when there is high correlation, then we had better be sure before we spout the oft touted line “show me the science” or “show me the peer reviewed science”.

We live in a rather authoritarian society where there is enormous pressure on parents to obey the hierarchy of authority figures who are part of an entrenched system, all the while ignoring the increase in vaccine harm and the questionable ingredients that are being put into vaccines today.

Mercury is a great instigator of ADHD and autism in children in the 21st century – and is also responsible for most seizure disorders.

“Medical communities are due for a massive wakeup call about obvious mercury contamination.” Anthony Williams

For those parents who want a real solution, the information presented here will be a relief, rather than having to wait through many more agonising years whilst mainstream science “looks” for a solution, whilst ignoring the fact that medicine profits by the very real suffering of millions of children and adults contaminated by toxic ingredients:

“Until mercury is addressed, the conditions will continue to affect millions of new kids each year. It’s very easy for a baby to take in heavy metals from her or his mother while in the womb, and for a father to pass along heavy metals at conception. That’s because the parents have likely accumulated mercury over decades, and so did their mothers and fathers before them – and mercury tends to stay in the body generation after generation, in some cases for centuries, unless specific steps are taken to detoxify it.

The following is taken directly from Anthony’s book “The Medical Medium” (see link at the bottom of this page).

When toxic heavy metals enter this midline canal – which is supposed to be open and free – they block the electrical and metaphysical energetic transmissions between the cerebral hemispheres.

This challenges the child’s brain to develop alternative ways to make that exchange happen. Adaptations set in, and the child unconsciously begins accessing areas of her or his brain that most of us never use (at least not until they are much older). Metaphysical and electrical energy struggles to find its way into uncharted territory. Electrical nerve impulses begin igniting neurons and firing off neurotransmitters onto brain pathways that aren’t supposed to be explored until after a person reaches age 18.

Autism is essentially a more advanced and complicated form of ADHD. Toxic heavy metals are present at higher levels in the midline cerebral canal, and gathered in uneven layers. This helps explain why there’s an autism spectrum, with the syndrome displaying in different intensities depending on the child. It all has to do with the amount of heavy metals in the canal, and in what positions they have accumulated.

With autism (versus ADHD), the additional layers of mercury interfere even more greatly with the metaphysical and electrical energy communications trying to cross the canal.

When toxic heavy metals enter a child’s midline cerebral canal, we see the child behaving in ways we don’t expect because her or his brain is adapting to the extra materials blocking internal communication. It’s learning to access different parts of itself but in a haphazard, non-linear way.

Doctors typically prescribe amphetamines to treat ADHD. That’s counterintuitive, because amphetamines are stimulants, which are the last things you’d think would calm down an overactive child or help one who can’t focus.

Prescribing amphetamines reminds me of the practice in the late 19th and early 20th centuries of giving children Mrs. Winslow’s Soothing Syrup to calm them when they were misbehaving. The concoction did quiet the children rather quickly – because it contained morphine. Eventually, when it was determined that giving children this narcotic was dangerous, the product was taken off the market.

When doctors prescribe amphetamines to help children focus for short periods, it does work most of the time – though medical communities don’t know why. The key to this mystery is the exceptional development that’s taken place in your child’s brain.

Accessing normally unused portions of the brain and the growth of numerous evolved, adaptable neurons requires two to three times the usual amount of glucose, which is the brain’s primary food. The chances are your child isn’t getting enough glucose to the brain, and that’s partly responsible for much of her or his ADHD-related behaviors. Amphetamines stimulate the adrenal glands to produce adrenaline, which the brain accepts in place of glucose to fuel its activities.

To override the toxic heavy metals such as mercury in the brain, the adrenaline forces electrical nerve impulses to fire at an alarming rate. This helps stabilize your child’s ADHD and helps your child focus, though only temporarily.

The problem is that amphetamines create a huge burden on the adrenal glands (not to mention all the organs regularly flooded with adrenaline). If this drug use goes on for years, eventually the adrenal glands are likely to “burn out” and become unstable, leading to a host of problems. I often speak with young adults who have adrenal malfunction, severe fatigue, and high anxiety as a result of prescribed amphetamine burnout.

A better long-term solution for both ADHD and autism is to make sure you provide ample fresh fruit – preferably organic – for your child to consume. This will give your child the highest quality glucose possible.

Get creative with making fruit a habit, for example, by blending frozen bananas to make a snack the consistency of ice cream. Right now, a diet trend for ADHD and autism management is to cut out grains and sugar. This is a wise decision – only if fruit is taking the place of the other sugars being eliminated.

Another trend is the high-fat ketogenic diet. Once again, doctors who fear sugar recommend this one. It’s not an advisable path. Any improvement your child displays will be temporary, and only because the high levels of fat force the adrenal glands to release adrenaline, allowing your child to focus better at times. In the end, it will likely result in adrenal fatigue. If your child doesn’t get fruit sugar (in its natural form), she or he will continue to struggle with symptoms of ADHD and autism.”

What can you do right now to help your child?

Diet is key to recovery from ADHD and autism.

I suggest you buy Anthony Wiliam’s book, read and implement the powerful strategies in it to take care of your own health – and the health of your family – for generations to come!

5 responses to “The Shocking Truth! What Really Causes ADHD & Autism!”