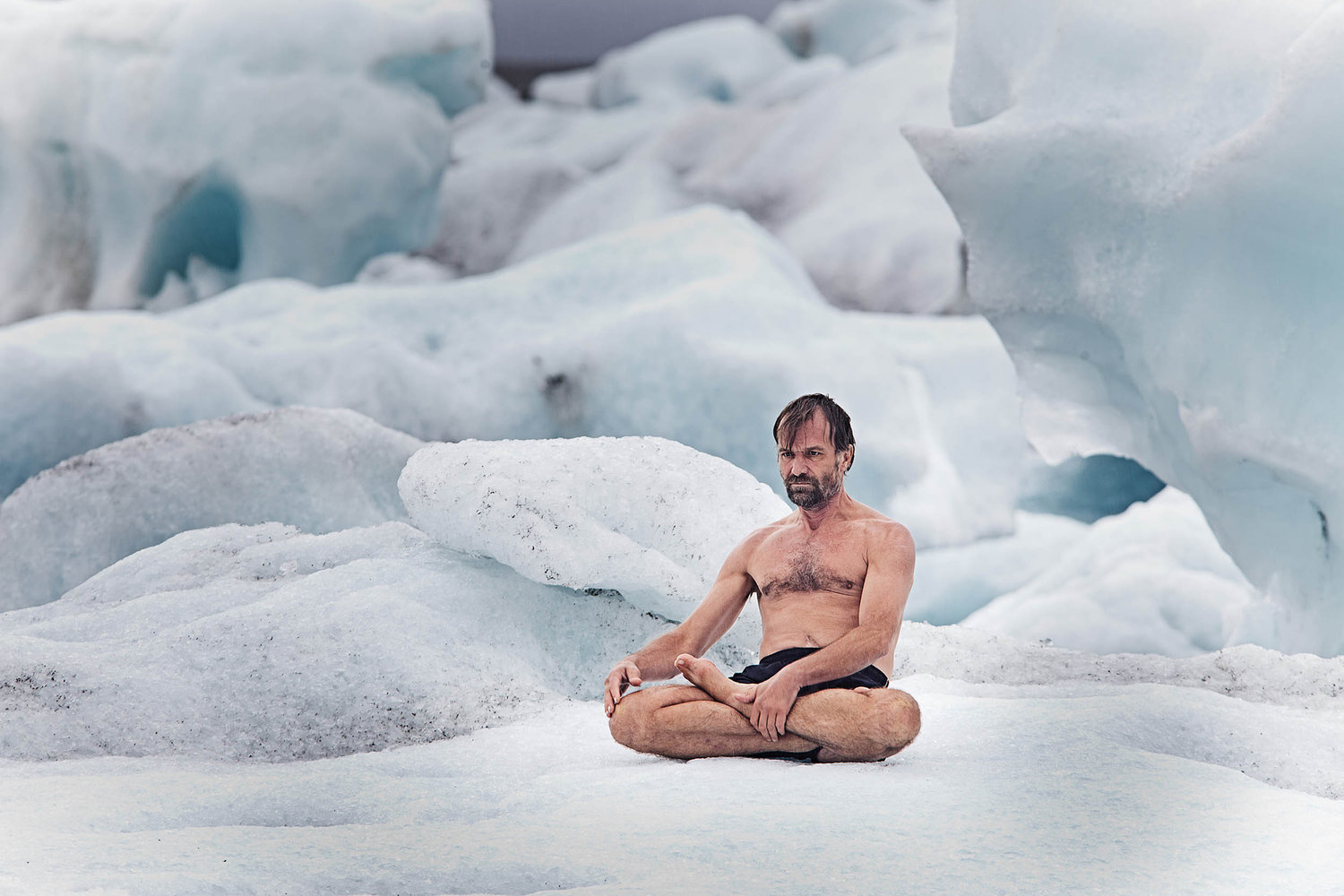 The father-of-five, from Sittard, Holland, is nicknamed “The Iceman”. Amongst his list of superhuman accomplishments, Wim Hof has climbed past the “death zone” altitude on Mount Everest (around 7,500 -8,000 m) wearing nothing but shorts and holds the record for having the longest ice bath ever, immersing himself in ice water for 1 hour, 44 minutes in 2010.  He also decided to climb Mt. Kilimanjaro, all the way to the top, also with just his shorts on.

Wim Hof has been called a “daredevil”, self-experimenter, meditator and mind-over matter genius. Putting himself under extreme circumstances, he has placed himself under scientific scrutiny, allowing scientists to test and validate his remarkable and extraordinary achievements.

Does Hof remind you of the stories of ancient yogis who could do impossible things? These feats were often regarded with suspicion by mere mortals, passed off as hearsay and ‘unscientific’… Hoff brings the art and science of yoga – which was always about the power of the mind, and not about fancy poses – to the world again.

Please do not try these experiments at home, for example – having an ice bath. Just small amounts of exposure to subzero temperatures can put the body into shock, resulting in death!

In 2009, Wim completed a full marathon — again, wearing only shorts — above the arctic circle in Finland where temperatures were close to -4 degrees Farenheit. In September 2011, for a change, he ran a full marathon in the Namib desert without water!

Perhaps the most remarkable, and most dangerous, of all his feats was reported in 2011 when Hof was injected with toxins, under doctor supervision, and demonstrated that he could control his autonomic immune response.

Wim raised his cortisol levels and lowered his cytokine blood levels (inflammatory markers) only with his meditation and other breathing techniques.

The toxin was also injected into volunteers, all of whom never meditated or completed any “Wim Hof method”, causing flu-like symptoms; fever, headache and shivering in all. When Wim Hof was injected with the toxin, nothing adverse happened because he controlled his autonomic immune system – and thus neutralised any harm.

Wim Hof credits his success to meditation – and in so doing shows us all the power of meditation to help with human suffering from illness and disease.

Interestingly, Hof’s students were also injected with the toxins and did not become as ill as the control group.

Deep meditation practices have the ability to transform us at many levels of consciousness, including the physical. That is the core message that we can all take away from this. We are so much more than the human form we see in the mirror each day.

For those of us who practice with awareness and persistence, meditation will have many benefits over the long run, even if it doesn’t make us superhuman!