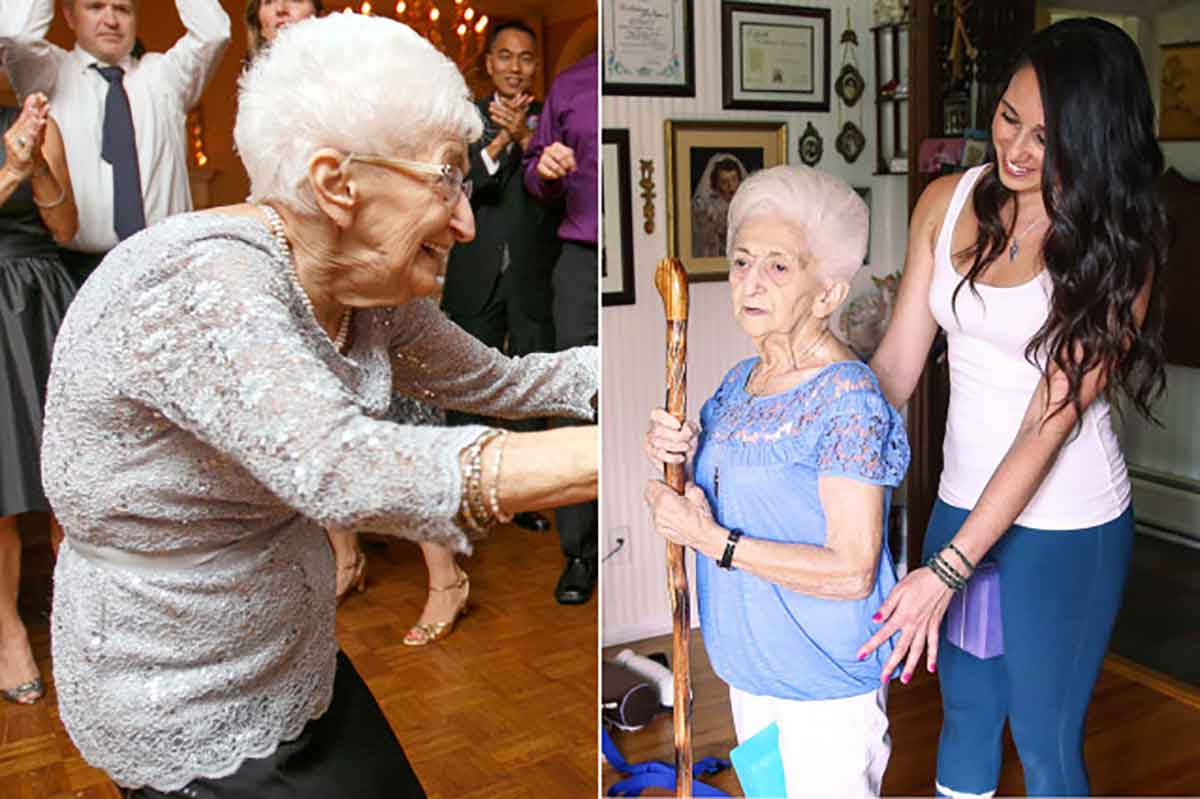 This kind of news never gets old. (Pun intended.) At almost 87-years-young Anna Pesce is inspiring people of all ages with her incredible transformation thanks to her new dedication to yoga practice.

For decades, Pesce suffered from severe kyphosis — a hunchback-like posture that left her in a lot of pain. The condition was a result of a herniated disc, scoliosis and osteoporosis.

Scoliosis affects millions of people worldwide, with some spines being more affected than others. Science is unable to determine the exact cause(s) of it.

Anna tried lots of different things to help.  “I tried everything: acupuncture, a physical therapist and seeing a chiropractor,” Pesce told the NY Post:

“You feel good temporarily, but [I’d be] in pain again soon after.”

It wasn’t until she started a regular yoga practice that her condition dramatically improved. Her entire story is inspiring but perhaps the most inspiring of all is that she pretty much just started practicing yoga at 86. 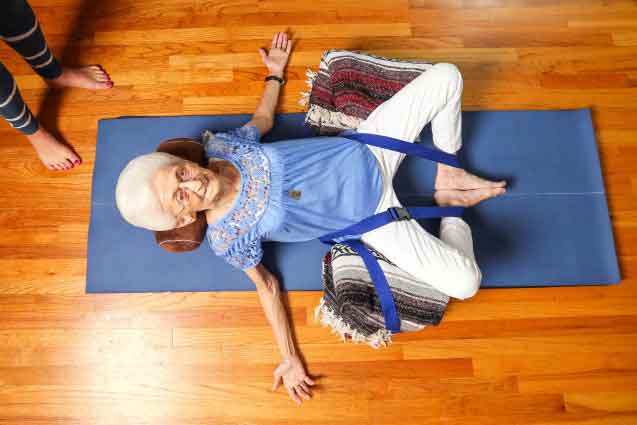 Pesce started working with yoga therapy teacher Rachel Jesien who is trained specifically in spinal issues and has scoliosis herself.

Rachel had discovered back-restoration yoga after her own challenges with scoliosis – a massage therapist gave her this recommendation after a series of futile treatments.

“I had to wear a back brace for five years and went to physical therapy every week, but this was the only thing that worked,” says Jesien.

The two began meeting once a week to practice restorative yoga and stretches to alleviate pain and build strength – and miracles followed! After one month, Pesce could walk again. After two months, she was already doing poses on her own whenever pain flared up.

“I feel wonderful now because I can drive by myself and do the things I wasn’t able to do before,” Pesce says. “I would recommend this to other people.”

“After two months, another big milestone was that (Anna) knew what poses to do whenever the usual pains would come up for her,” says Jesien. “For example, if she was having hip pain, she’d sit on a chair and do an ankle-to-knee pose.”

Now, Anna practices yoga every day with the help of props — like a supported down dog with a sling— and incorporates pranayama exercises.

The difference is phenomenal, not just physically but in her overall daily life! 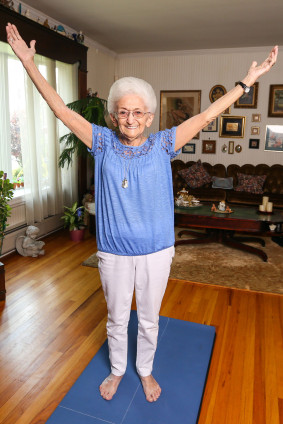 “She’s a tough cookie,” Jesien told the Post. “Before we were working together, [Pesce] was so down about her condition, but now she has such a different outlook and feels so much better about her life.”

“My mom is a lot more independent, and even how she carries herself — she just seems a lot happier and brighter now,” said Pesce’s daughter Rosemary Pitruzzella.

Yoga has been shown to help treat, prevent, and even in some cases reverseorthopedic problems.