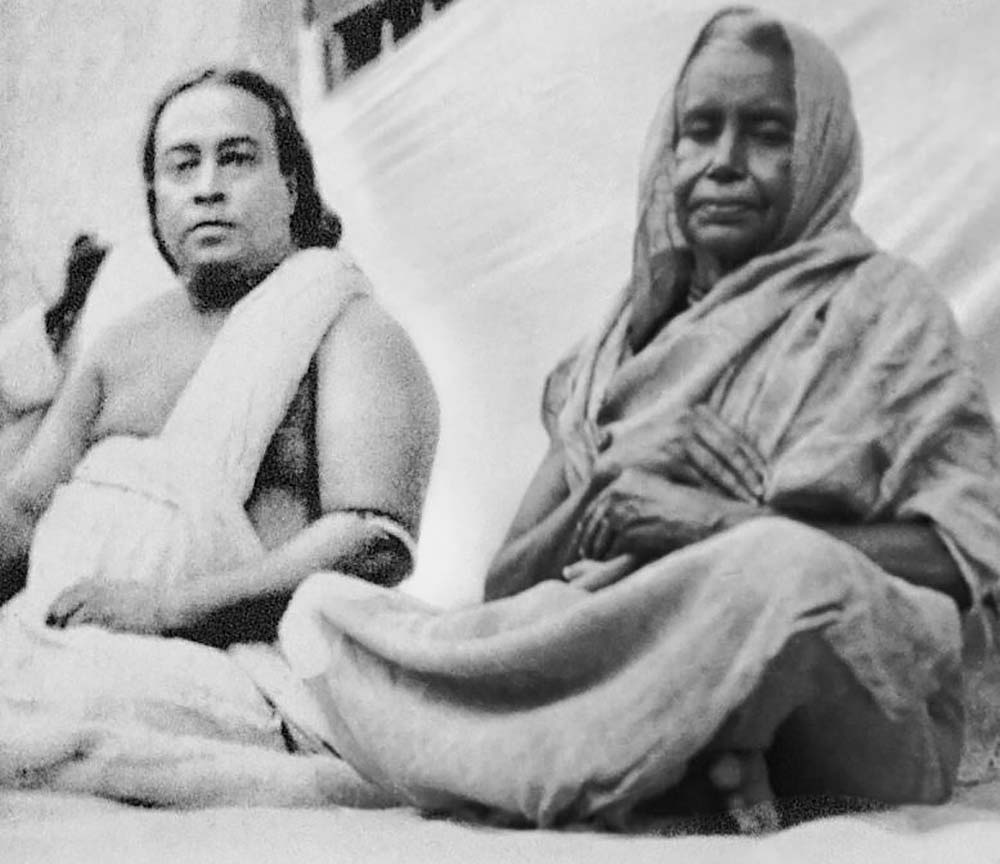 The great yogi Paramahansa Yogananda, in Chapter 46 of his now infamous book, ‘Autobiography of a Yogi‘, tells the world of a yogini saint, Giri Bala, who had not eaten or drunk anything for more than five decades!

This flies in the face of Western scientific materialism that says the body cannot survive longer than a week without water.

Excerpt from ‘Autobiography of a Yogi’, Chapter 46

“Mother,” I said in Bengali, “for over twenty-five years I have thought eagerly of this very pilgrimage! I heard about your sacred life from Sthiti Lal Nundy Babu.”

She nodded in acknowledgment. “Yes, my good neighbor in Nawabganj.”

“During those years I have crossed the oceans, but I never forgot my early plan to someday see you. The sublime drama that you are here playing so inconspicuously should be blazoned before a world that has long forgotten the inner food divine.”

The saint lifted her eyes for a minute, smiling with serene interest.

I was happy that she had taken no offense; one never knows how great yogis or yoginis will react to the thought of publicity. They shun it, as a rule, wishing to pursue in silence the profound soul research. An inner sanction comes to them when the proper time arrives to display their lives openly for the benefit of seeking minds.

“Mother,” I went on, “please forgive me, then, for burdening you with many questions. Kindly answer only those that please you; I shall understand your silence, also.”

She spread her hands in a gracious gesture. “I am glad to reply, insofar as an insignificant person like myself can give satisfactory answers.”

“Oh, no, not insignificant!” I protested sincerely. “You are a great soul.”

“I am the humble servant of all.” She added quaintly, “I love to cook and feed people.”

A strange pastime, I thought, for a non-eating saint!

“Tell me, Mother, from your own lips, do you live without food?”

“That is true.” She was silent for a few moments; her next remark showed that she had been struggling with mental arithmetic. “From the age of twelve years four months down to my present age of sixty-eight, a period of over fifty-six years, I have not eaten food or taken liquids.”

“Are you never tempted to eat?”

“If I felt a craving for food, I would have to eat.” Simply yet regally she stated this axiomatic truth, one known too well by a world revolving around three meals a day!

“But you do eat something!” My tone held a note of remonstrance.

“Of course!” She smiled in swift understanding.

“Your nourishment derives from the finer energies of the air and sunlight, and from the cosmic power which recharges your body through the medulla oblongata.”

“Baba knows.” Again she acquiesced, her manner soothing and unemphatic.

“Mother, please tell me about your early life. It holds a deep interest for all of India, and even for our brothers and sisters beyond the seas.”

Giri Bala put aside her habitual reserve, relaxing into a conversational mood.

“So be it.” Her voice was low and firm. “I was born in these forest regions. My childhood was unremarkable save that I was possessed by an insatiable appetite. I had been betrothed in early years.

“‘Child,’ my mother often warned me, ‘try to control your greed. When the time comes for you to live among strangers in your husband’s family, what will they think of you if your days are spent in nothing but eating?’

“The calamity she had foreseen came to pass. I was only twelve when I joined my husband’s people in Nawabganj. My mother-in-law shamed me morning, noon, and night about my gluttonous habits. Her scoldings were a blessing in disguise, however; they roused my dormant spiritual tendencies. One morning her ridicule was merciless.

“‘I shall soon prove to you,’ I said, stung to the quick, ‘that I shall never touch food again as long as I live.’

“My mother-in-law laughed in derision. ‘So!’ she said, ‘how can you live without eating, when you cannot live without overeating?’

“This remark was unanswerable! Yet an iron resolution scaffolded my spirit. In a secluded spot I sought my Heavenly Father.

“‘Lord,’ I prayed incessantly, ‘please send me a guru, one who can teach me to live by Thy light and not by food.’

“A divine ecstasy fell over me. Led by a beatific spell, I set out for the Nawabganj ghat on the Ganges. On the way I encountered the priest of my husband’s family.

“‘Venerable sir,’ I said trustingly, ‘kindly tell me how to live without eating.’

“He stared at me without reply. Finally he spoke in a consoling manner. ‘Child,’ he said, ‘come to the temple this evening; I will conduct a special Vedic ceremony for you.’

“This vague answer was not the one I was seeking; I continued toward the ghat. The morning sun pierced the waters; I purified myself in the Ganges, as though for a sacred initiation. As I left the river bank, my wet cloth around me, in the broad glare of day my master materialized himself before me!

“‘Dear little one,’ he said in a voice of loving compassion, ‘I am the guru sent here by God to fulfill your urgent prayer. He was deeply touched by its very unusual nature! From today you shall live by the astral light, your bodily atoms fed from the infinite current.’”

Giri Bala fell into silence. I took Mr. Wright’s pencil and pad and translated into English a few items for his information.

The saint resumed the tale, her gentle voice barely audible. “The ghat was deserted, but my guru cast round us an aura of guarding light, that no stray bathers later disturb us. He initiated me into a kriya technique which frees the body from dependence on the gross food of mortals. The technique includes the use of a certain mantras and a breathing exercise more difficult than the average person could perform. No medicine or magic is involved; nothing beyond the kria.“

In the manner of the American newspaper reporter, who had unknowingly taught me his procedure, I questioned Giri Bala on many matters which I thought would be of interest to the world. She gave me, bit by bit, the following information:

“I have never had any children; many years ago I became a widow. I sleep very little, as sleep and waking are the same to me. I meditate at night, attending to my domestic duties in the daytime. I slightly feel the change in climate from season to season. I have never been sick or experienced any disease. I feel only slight pain when accidentally injured. I have no bodily excretions. I can control my heart and breathing. I often see my guru as well as other great souls, in vision.”

“Mother,” I asked, “why don’t you teach others the method of living without food?”

My ambitious hopes for the world’s starving millions were nipped in the bud.

“No.” She shook her head. “I was strictly commanded by my guru not to divulge the secret. It is not his wish to tamper with God’s drama of creation. The farmers would not thank me if I taught many people to live without eating! The luscious fruits would lie uselessly on the ground. It appears that misery, starvation, and disease are whips of our karma which ultimately drive us to seek the true meaning of life.”

“Mother,” I said slowly, “what is the use of your having been singled out to live without eating?”

“To prove that man is Spirit.” Her face lit with wisdom. “To demonstrate that by divine advancement he can gradually learn to live by the Eternal Light and not by food.”

The saint sank into a deep meditative state.