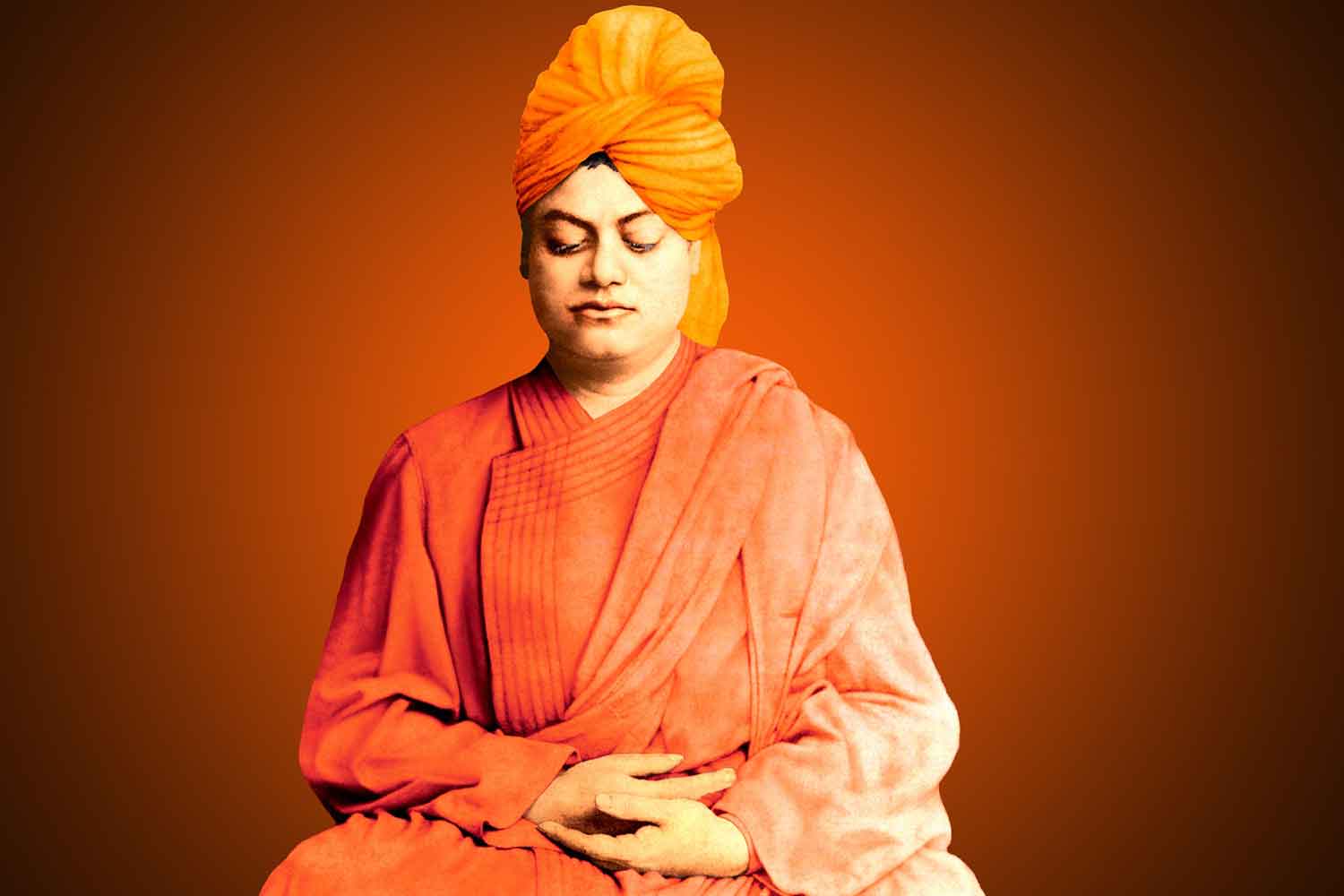 Swami Vivekananda represented Hinduism at the first World Parliament of Religions in Chicago in 1893 where he was an instant success. Subsequently he was invited to speak all over America and Europe. He was a man with a great spiritual presence and tremendous intellect.

Most of the Vedanta Societies which were founded in America and Europe up through the 1930s can trace their origins directly to Vivekananda or the people who heard him speak from 1893 through 1900.

After his first visit to the West, Swami Vivekananda returned to India and founded the Ramakrishna Order in 1898.

“Religion is not in books, nor in theories, nor in dogmas, nor in talking, not even in reasoning. It is being and becoming.”

“Infinite power and existence and blessedness are ours, and we have not to acquire them; they are our own, and we have only to manifest them.”

“Be an atheist if you want, but do not believe in anything unquestioningly.”

“I do not believe in a God or religion which cannot wipe the widow’s tears or bring a piece of bread to the orphan’s mouth.”

“In judging others we always judge them by our own ideals. That is not as it should be. Everyone must be judged according to his own ideal, and not by that of anyone else.”

“He who has no faith in himself can never have faith in God.”

“The living God is within you.”

“Manifest the divinity within you and everything will be harmoniously arranged around it.”

“He alone is worshiping God who serves all beings.”

What Others Said About Swami Vivekananda

“I have gone through Swami Vivekananda’s works very thoroughly, and after having gone through them, the love that I had for my country became a thousand-fold. …His writings need no introduction from anybody. They make their own irresistible appeal.”
—Mahatma Gandhi

“Where can you find a man like him? Study what he wrote, and learn from his teachings, for if you do, you will gain immense strength. Take advantage of the fountain of wisdom, of Spirit, and of fire that flowed through Vivekananda.”
—Jawaharlal Nehru

“I had the special privilege of being introduced to the writings, sayings, and life of Swami Vivekananda and the Ramakrishna Mission. That was when I was very small. In fact both my parents and specially my mother had very close connections with the Mission. And I can truly say that the words of Swami Vivekananda inspired the whole of my family, in our political work as well as in our daily lives.”
—Indira Gandhi

“The book by Vivekananda is more than a pleasure, it is a broadening of the soul.”
—Leo Tolstoy

“The paragon of all Unity systems is the Vedanta philosophy of India, and the paragon of Vedanta missionaries was the late Swami Vivekananda. The man is simply a wonder for oratorical power. …The swami is an honor to humanity.”
—William James

“The qualities I most admire in Vivekananda are his activity, manliness and courage. …He spoke up and acted. For this, all must honor him, who, whatever be their won religious beliefs, value sincerity, truth and courage, which are the badges of every noble character.”
—Sir John Woodroffe

“It is very difficult to evaluated his [Swami Vivekananda’s] importance in the scale of world history. It is certainly far greater than any Western historian or most Indian historians would have suggested at the time of his death. The passing of the years and the many stupendous and unexpected events which have occurred since then suggest that in centuries toi come he will be remembered as one of the main molders of the modern world, especially as far as Asia is concerned, and as one of the most significant figures in the whole history of Indian religion.”
—A.L. Basham

“One of the very greatest historical figures that India has ever produced.”
—Christopher Isherwood

If money help a man to do good to others, it is of some value; but if not, it is simply a mass of evil, and the sooner it is got rid of, the better.
x
Swami Vivekananda

evil good money
The will is not free - it is a phenomenon bound by cause and effect - but there is something behind the will which is free.
x
Swami Vivekananda

cause effect will
The Vedanta recognises no sin it only recognises error. And the greatest error, says the Vedanta is to say that you are weak, that you are a sinner, a miserable creature, and that you have no power and you cannot do this and that.
x
Swami Vivekananda

error miserable sin sinner Vedanta weak
When an idea exclusively occupies the mind, it is transformed into an actual physical or mental state.
x
Swami Vivekananda 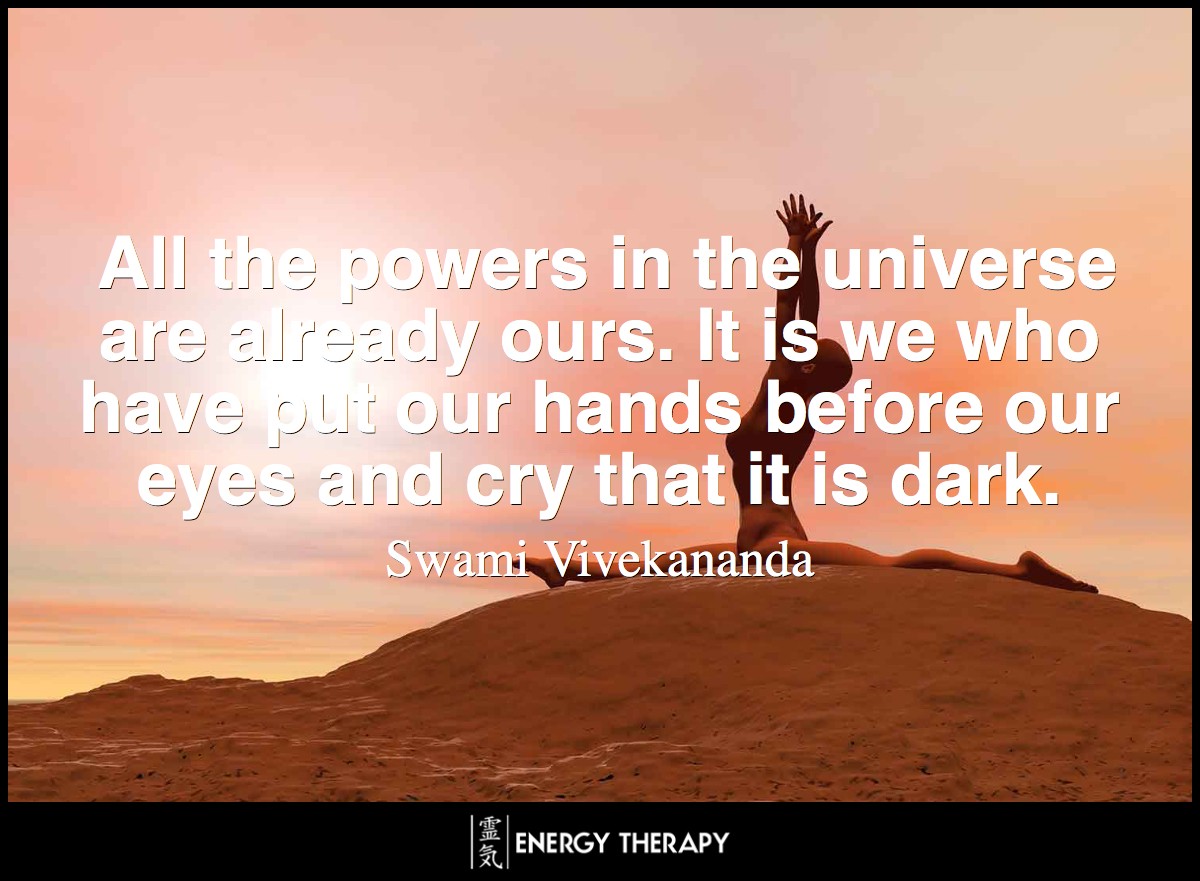 x
All the powers in the universe are already ours. It is we who have put our hands before our eyes and cry that it is dark.
Swami Vivekananda 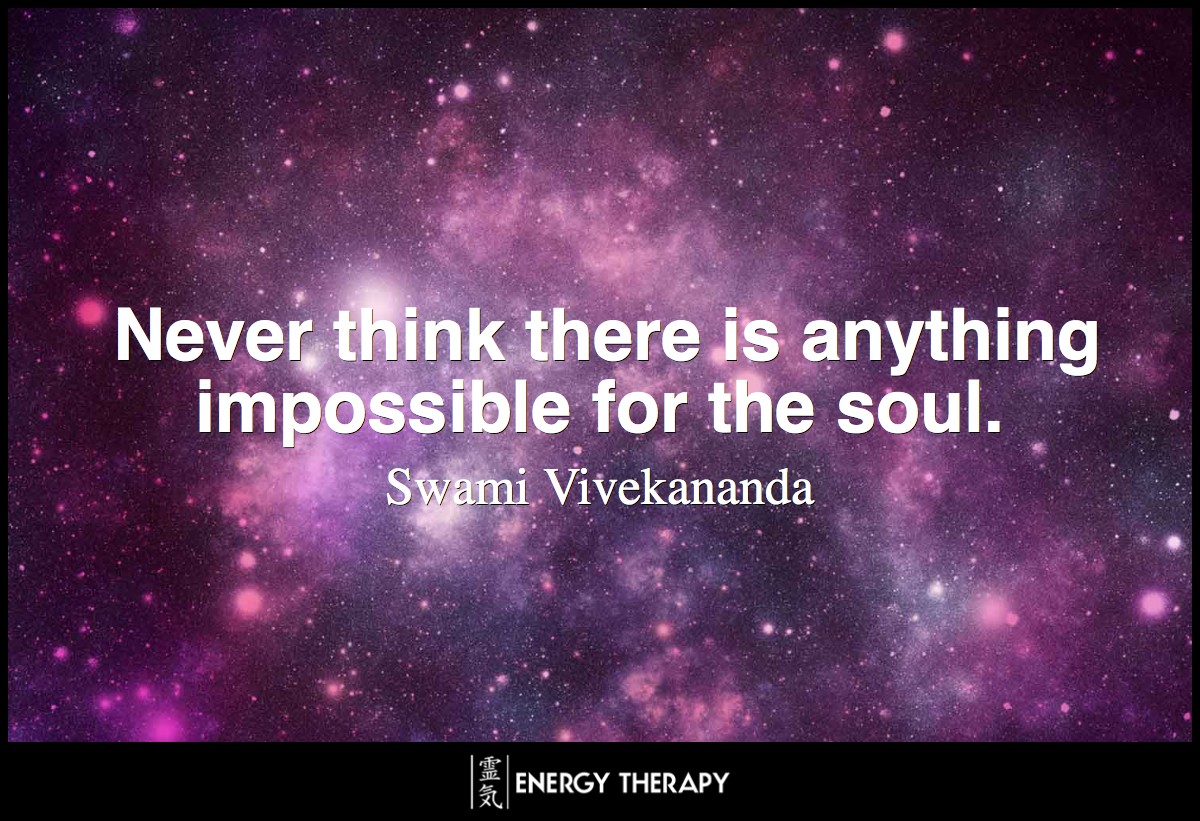 x
Never think there is anything impossible for the soul. It is the greatest heresy to think so. If there is sin, this is the only sin; to say [...]
Swami Vivekananda