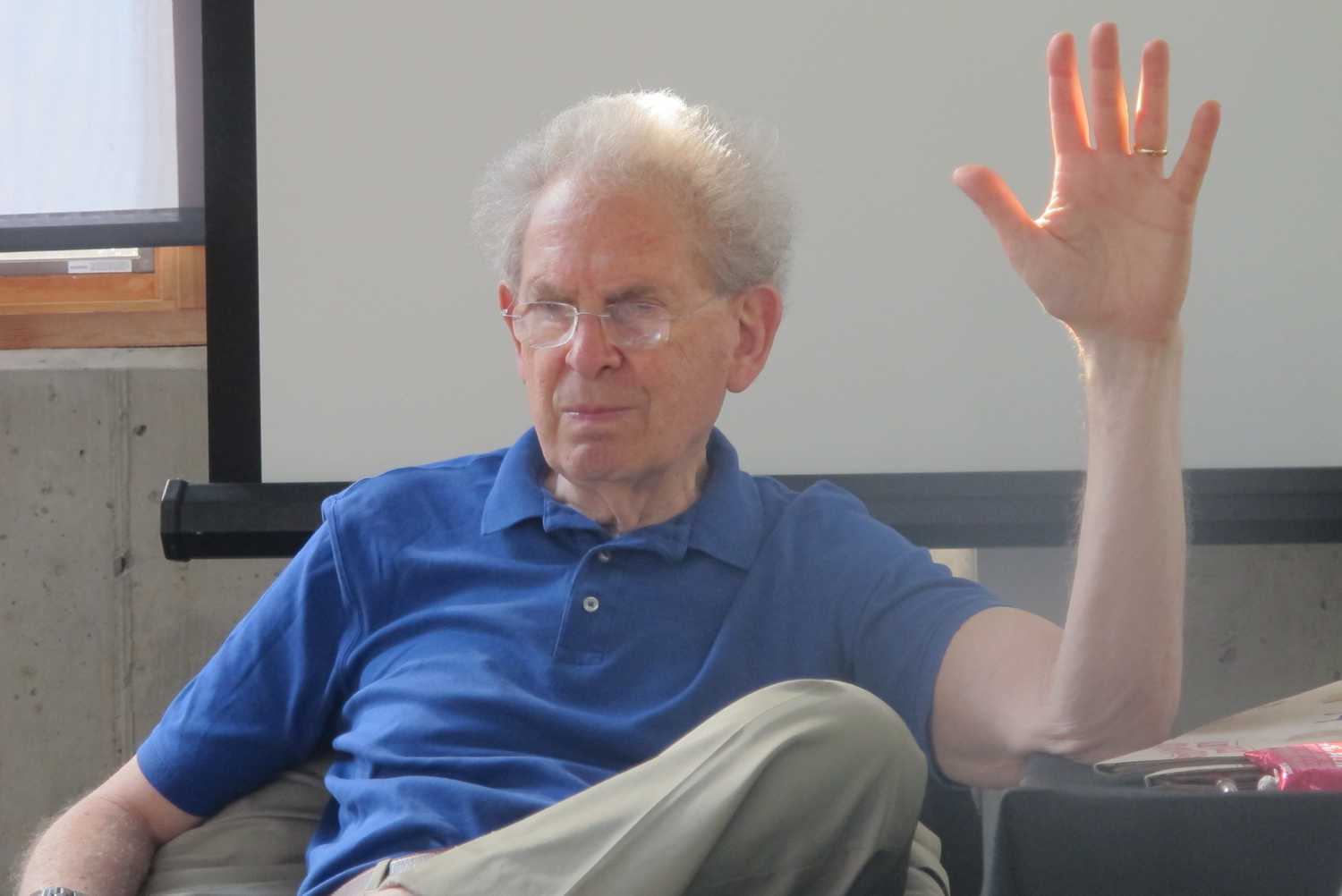 Russell Targ is a physicist and author, a pioneer in the development of the laser and laser applications, and a cofounder of the Stanford Research Institute (SRI) investigation of psychic abilities in the 1970s and 1980s. SRI is a research and development think tank in Menlo Park, California. Called remote viewing, his work in the psychic area has been published in Nature, The Proceedings of the Institute of Electronic and Electrical Engineers (IEEE), and the Proceedings of the American Association the Advancement of Science (AAAS).

Targ has a bachelor’s degree in physics from Queens College and did graduate work in physics at Columbia University. He has received two National Aeronautics and Space- Administration awards for inventions and contributions to lasers and laser communications. In 1983 and 1984 he accepted invitations to present remote-viewing demonstrations and to address the USSR Academy of Science on this research.

He is author or co-author of nine books dealing with the scientific investigation of psychic abilities and Buddhist approaches to the transformation of consciousness, including Mind Reach: Scientists Look at Psychic Ability (with E. Harold Puthoff, 1977, 2005); Miracles of Mind: Exploring Nonlocal Consciousness and Spiritual Healing (with Jane Katra, 1998); and Limitless Mind: A Guide to Remote Viewing and Transformation of Consciousness (2004). He also wrote an autobiography, Do You See What I See: Memoirs of a Blind Biker, in 2008. His current book is The Reality of ESP: A Physicist’s Proof of Psychic Abilities.

As a senior staff scientist at Lockheed Missiles and Space Company, Targ developed airborne laser systems for the detection of windshear and air turbulence. Having retired in 1997, he now writes books on psychic research and teaches remote viewing worldwide.

The Reality of ESP: A Physicist’s Proof of Psychic Abilities (2012) Quest Books

The Heart of the Mind: How to Experience God Without Belief (1999, with Jane Katra) New World Library

Mind at Large: Institute of Electrical and Electronics Engineers: Symposium on the Nature of Extrasensory Perception (1979, 2002 with Charles Tart and Harold Puthoff), Praeger

Laws change, habits dissolve, new forms and functions emerge whenever an individual or a society learns a new behavior. This is because we are all connected through what Sheldrake calls “morphogenetic fields” — organizing templates that weave through time and space and hold the patterns for all structures, but which can be altered according to our changing thoughts and actions.
x
Russell Targ

behaviours habits laws morphogenetic fields society thoughts
The laws of nature are not absolutes; rather, they are accumulations of habits. The law of gravity, for example, is a pretty well-fixed habit, probably owing to the trillions of beings throughout the universe who give it general assent. Yet yogis, swamis, and more than a few Catholic saints report that, in deep meditation or spiritual rapture, [Countinue reading...]
x
Russell Targ 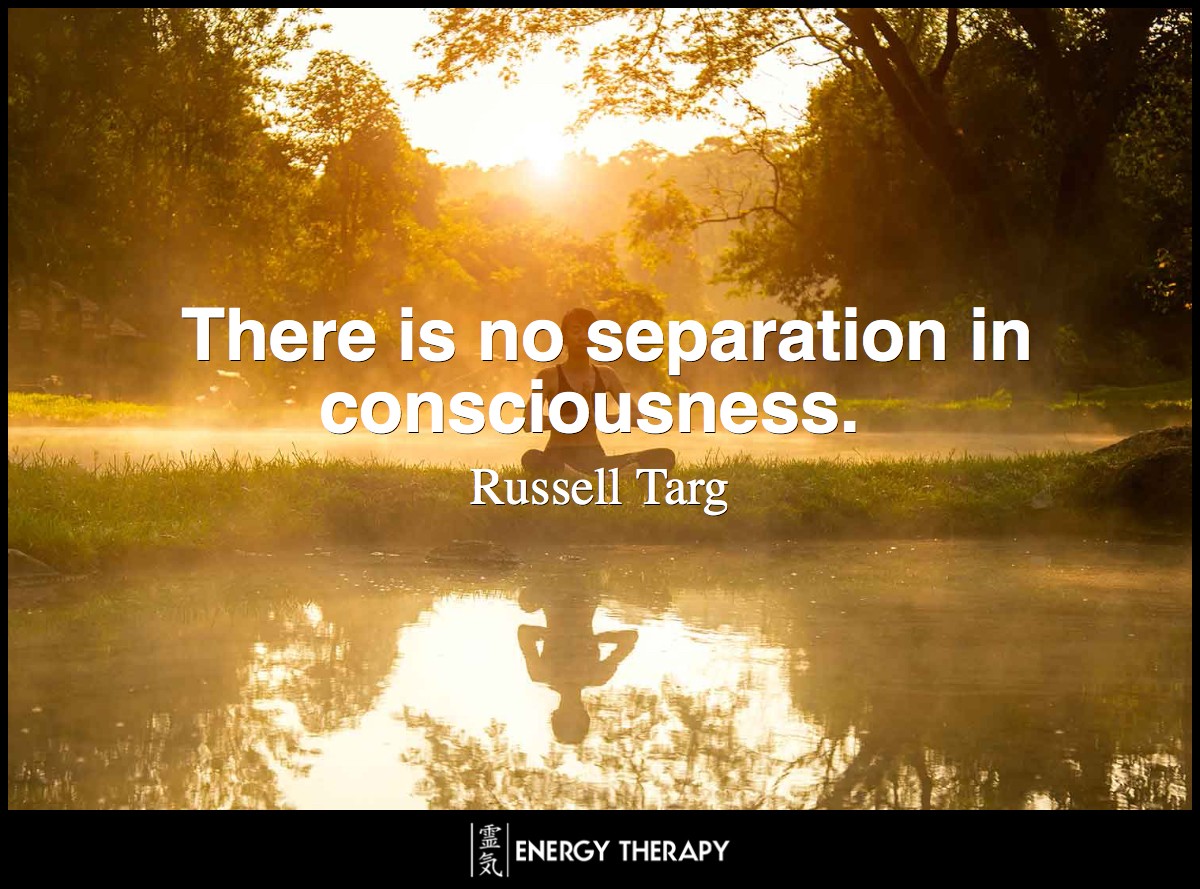 x
Although each of us obviously inhabits a separate physical body, the laboratory data from a hundred years of parapsychology research [...]
Russell Targ 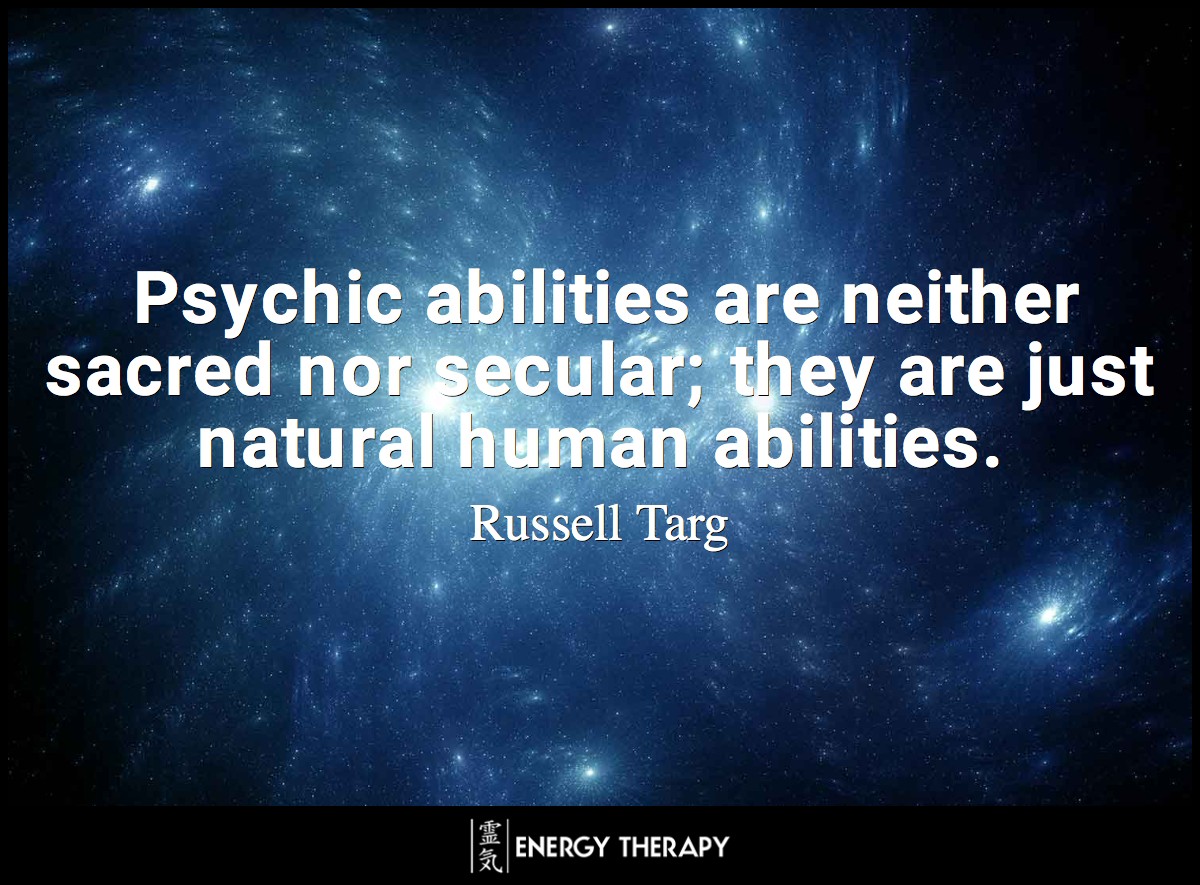 x
Psychic abilities are neither sacred nor secular; they are just natural human abilities. We can use them to find lost car keys or elusive [...]
Russell Targ 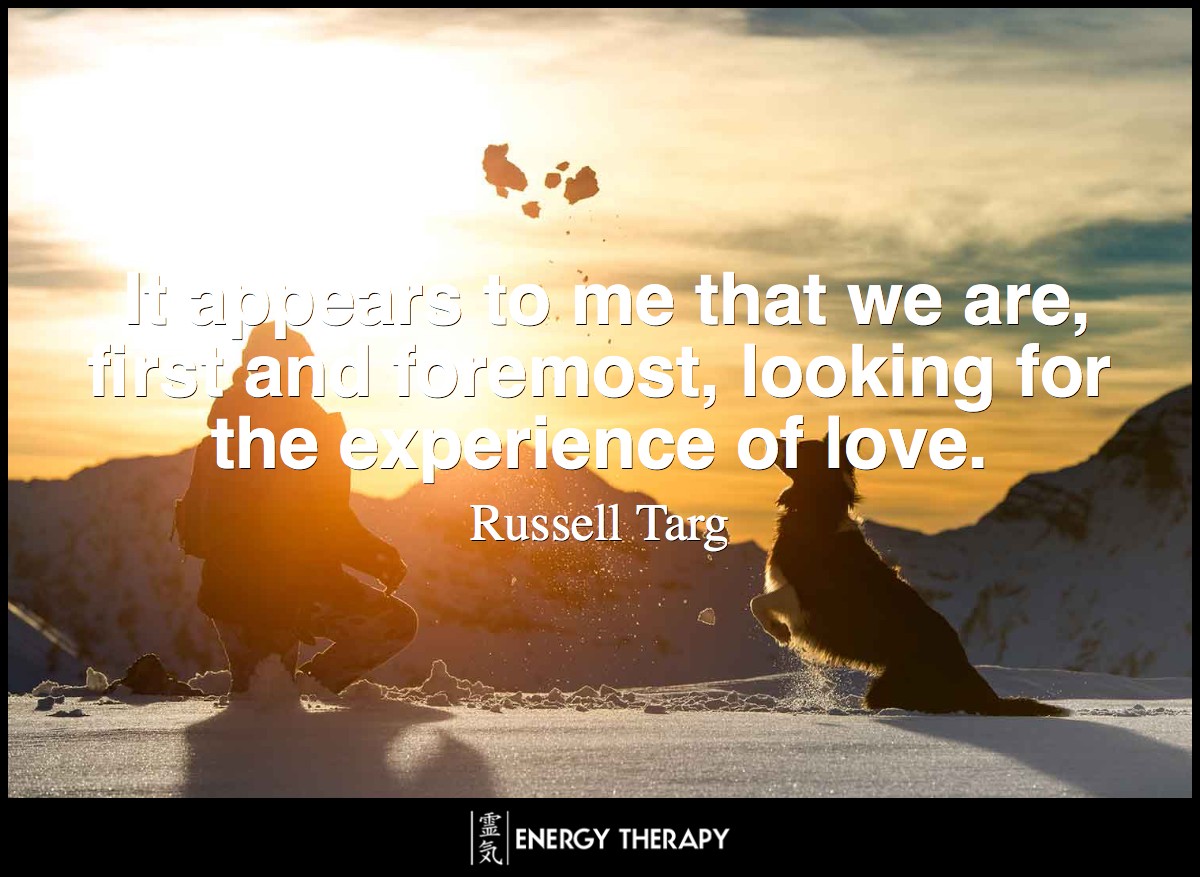 x
It appears to me that we are, first and foremost, looking for the experience of love. In a meditative state of mind, we can become aware [...]
Russell Targ 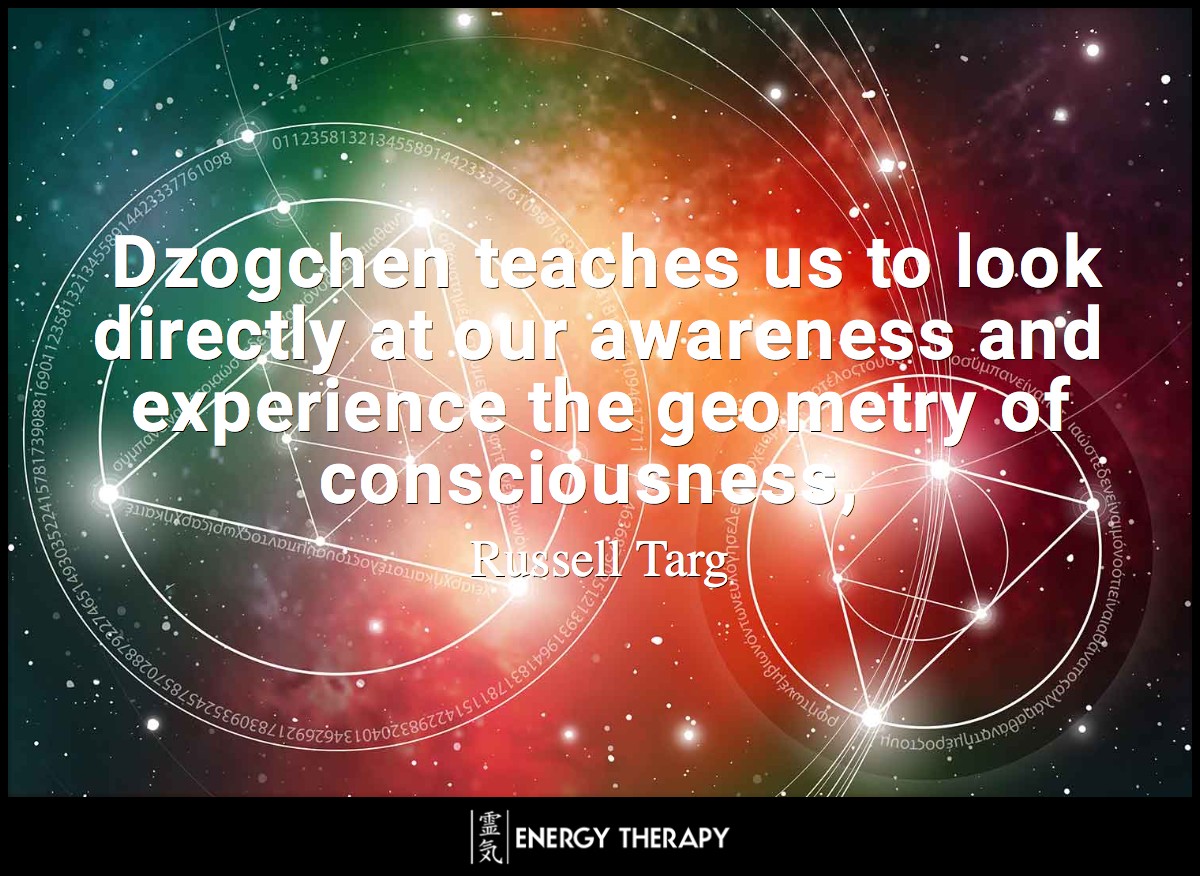 x
Dzogchen teaches us to look directly at our awareness and experience the geometry of consciousness — the relationship of our awareness to [...]
Russell Targ