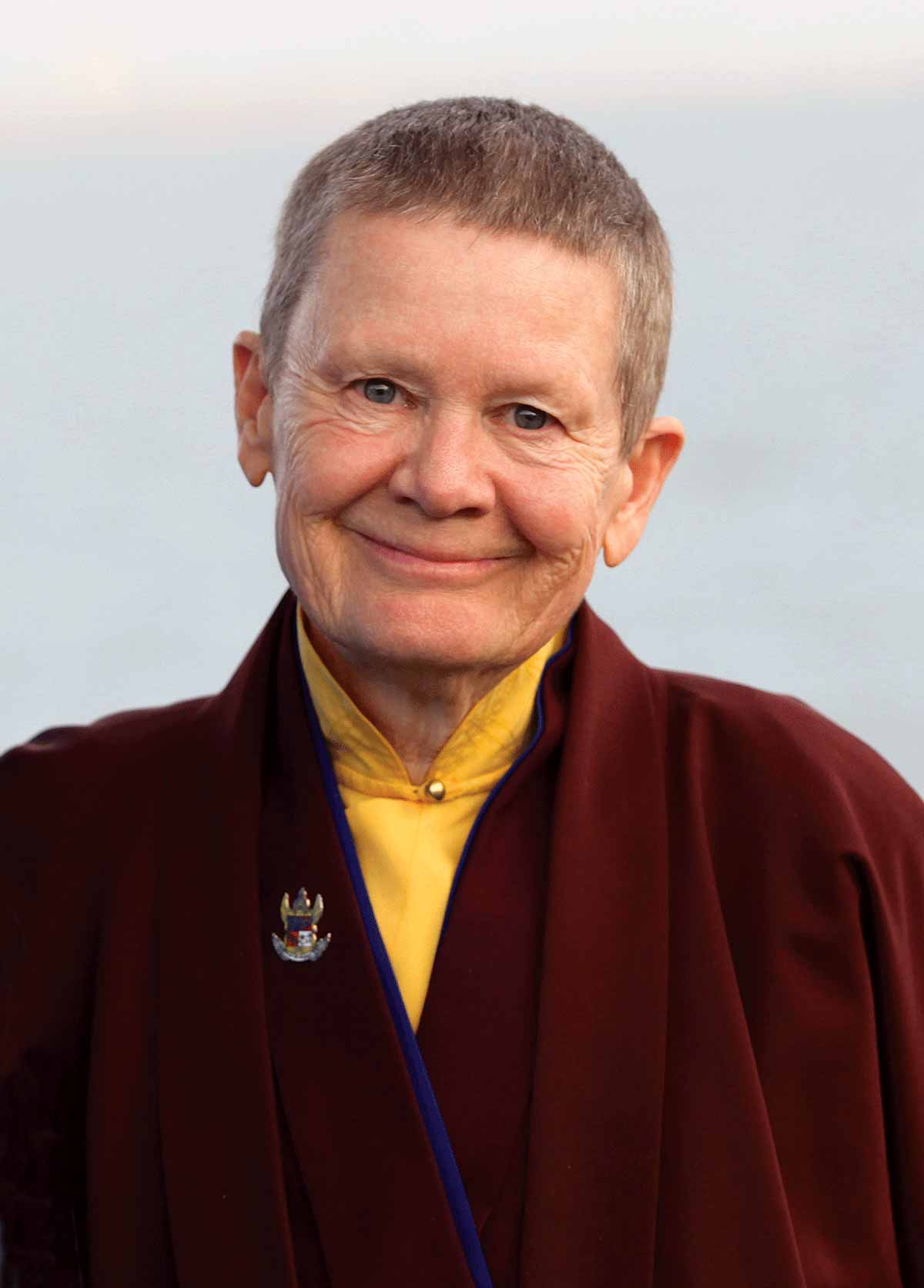 Pema Chödrön was born Deirdre Blomfield-Brown in New York City in 1936. She has said that she had a pleasant childhood with her Catholic family, but that her spiritual life didn’t begin until she attended boarding school, where her intellectual curiosity was cultivated.

At age twenty-one, Pema got married. Over the next few years, the couple had two children, and the young family moved to California. She began studying at the University of California at Berkeley, graduating with a bachelor’s degree in English literature and a master’s in elementary education.

In her mid-twenties, Pema’s marriage dissolved and she remarried. Then, eight years later, that relationship also fell apart. “When my husband told me he was having an affair and wanted a divorce,” she said in an interview with Bill Moyers, “that was a big groundless moment. Reality as we knew it wasn’t holding together.”

In an effort to cope with her loss, she explored different therapies and spiritual traditions, but nothing helped. Then she read an article by Chögyam Trungpa Rinpoche that suggested working with emotions rather than trying to get rid of them, and this struck a chord. She has said, however, that at the time she didn’t know anything about Buddhism, and wasn’t aware that the article was even written by a Buddhist.

Continuing her exploration, Pema met Tibetan Buddhist teacher Lama Chime Rinpoche and had what she has described as a “strong recognition experience.” He agreed to her request to study with him in London, and for the next several years she divided her time between the U.S. and England. When in the U.S., she lived at Chögyam Trungpa’s center in San Francisco, where she followed Chime Rinpoche’s advice to study with Trungpa Rinpoche. She and Chögyam Trungpa had a profound connection, and he became her root guru. He had the ability, she has said, to show her how she was stuck in habitual patterns.

Trungpa Rinpoche supported Pema when she decided not to remarry or to get involved in another relationship. “My real appetite and my real passion was for wanting to go deeper,” she told Lenore Friedman in Meetings With Remarkable Women. “I felt that I was somehow thick, and that in order to really connect… with things as they really are… I needed to put all my energy into it, totally.” For Pema, this meant, in 1974, ordaining as a novice nun under the Sixteenth Gyalwa Karmapa, head of the Tibetan Kagyu lineage.

As full ordination is denied to women in the Tibetan tradition, Pema didn’t think she would ever take the full bhikshuni vows that would make her a fully ordained nun. But in 1977, the Karmapa encouraged her to seek out someone who was authorized and willing to perform the ceremony. This search took several years and finally brought her to Hong Kong, where in July 1981 she became the first American in the Vajrayana tradition to undergo bhikshuni ordination.

The next big step in Pema Chödrön’s life was to help Trungpa Rinpoche establish Gampo Abbey in Nova Scotia. The Abbey, completed in 1985, was the first Tibetan Buddhist monastery in North America for Western men and women, and she took on its directorship.

Pema’s first book, The Wisdom of No Escape, was published in 1991, followed by Start Where You Are in 1994, and When Things Fall Apart in 1997. Readers were moved by her earthy, insightful teachings, and her retreats were suddenly full to overflowing. She was now constantly being asked to give talks and to take part in media events.

Meanwhile, in 1994 she was diagnosed with chronic-fatigue syndrome and environmental illness—sicknesses she was still struggling with when she met Dzigar Kongtrul Rinpoche, a young Tibetan Buddhist teacher. “There was this longing that I had since Trungpa Rinpoche died—to have someone to ask my questions of,” Pema said in an interview in Crucial Point. Today, Kongtrul Rinpoche is Pema’s teacher and she devotes herself to his rigorous training methods. She is also an acharya(senior teacher) in the Shambhala community.

In a 2006 interview with the Lion’s Roar, Pema explained that she had learned from Kongtrul Rinpoche that everything we seek was like shifting, impermanent clouds, yet behind that the mind was workable. “The underlying state of openness of mind has never gone away. It has never been marred by all the ugliness and craziness we’re seeing.”

Under Kongtrul Rinpoche’s guidance, Pema spent several years focusing on her practice and on recovering her health. Recently, she has taken on an increasingly full schedule of teaching and fund-raising. 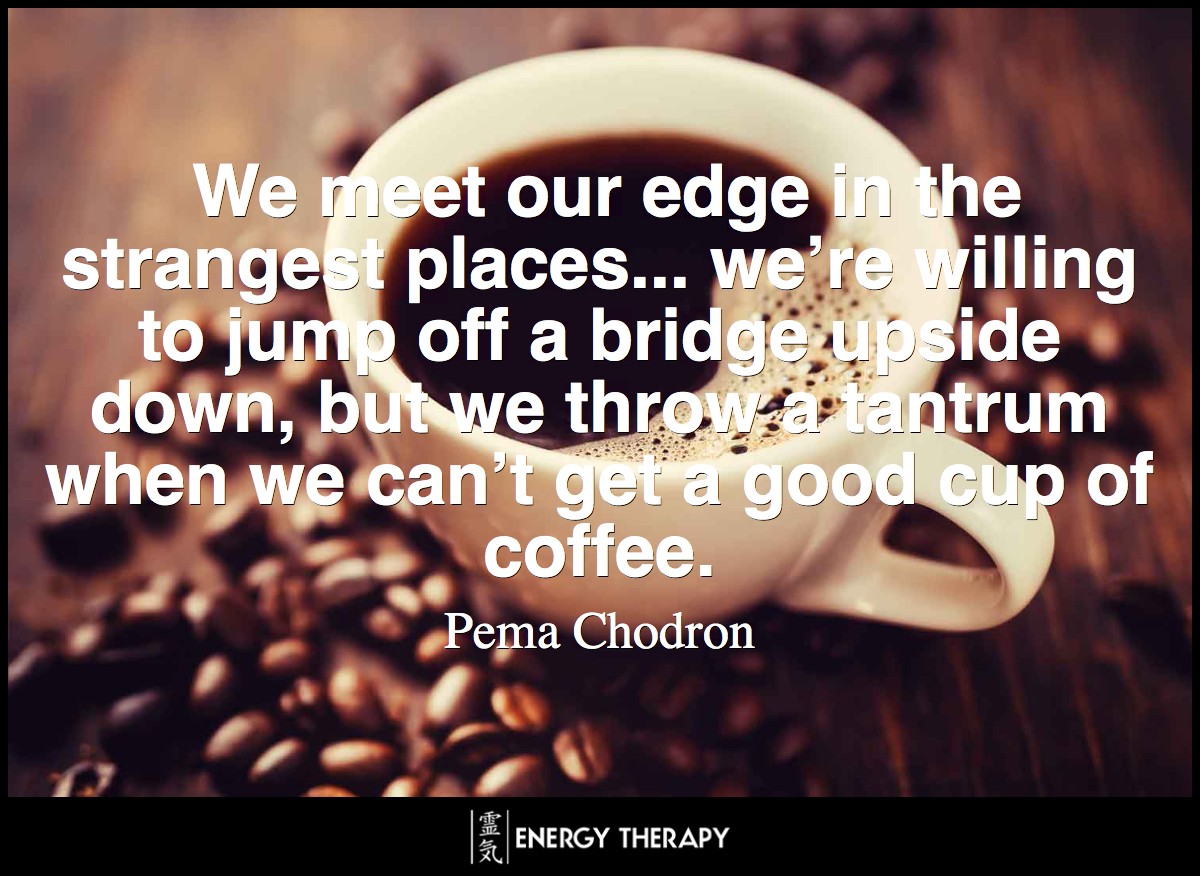 x
We meet our edge in the strangest places, like when we can’t get a good cup of coffee. We’re willing to jump off a bridge upside down, [...]
Pema Chodron 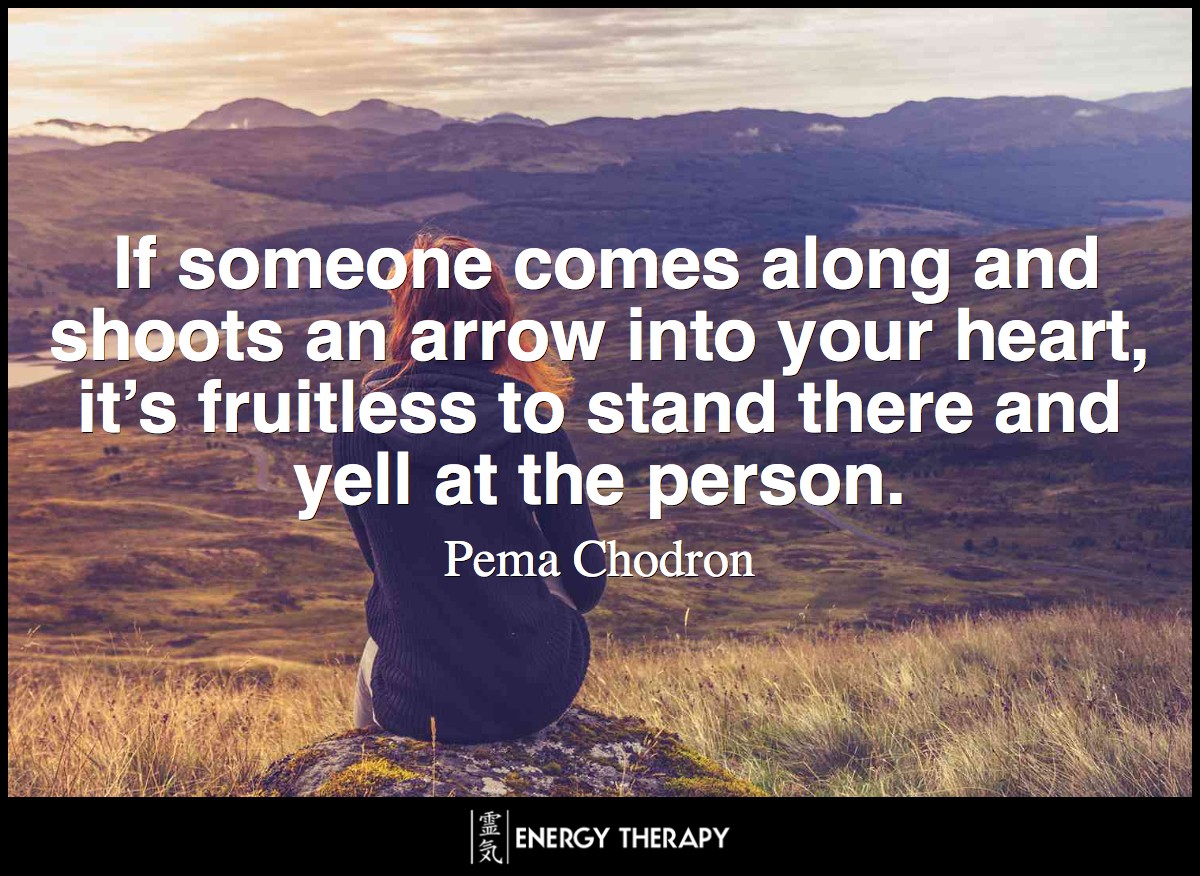 x
If someone comes along and shoots an arrow into your heart, it’s fruitless to stand there and yell at the person. It would be much better [...]
Pema Chodron 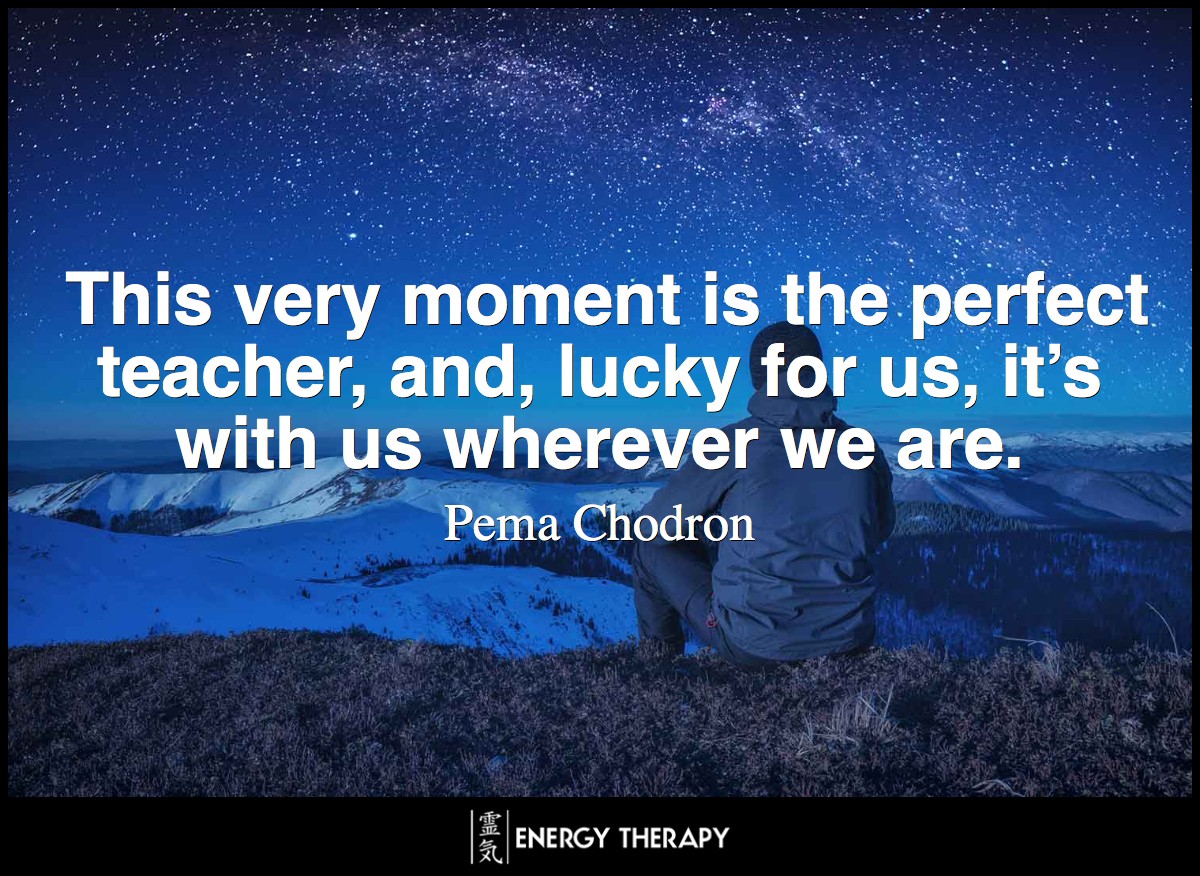 x
This very moment is the perfect teacher, and, lucky for us, it’s with us wherever we are.
Pema Chodron 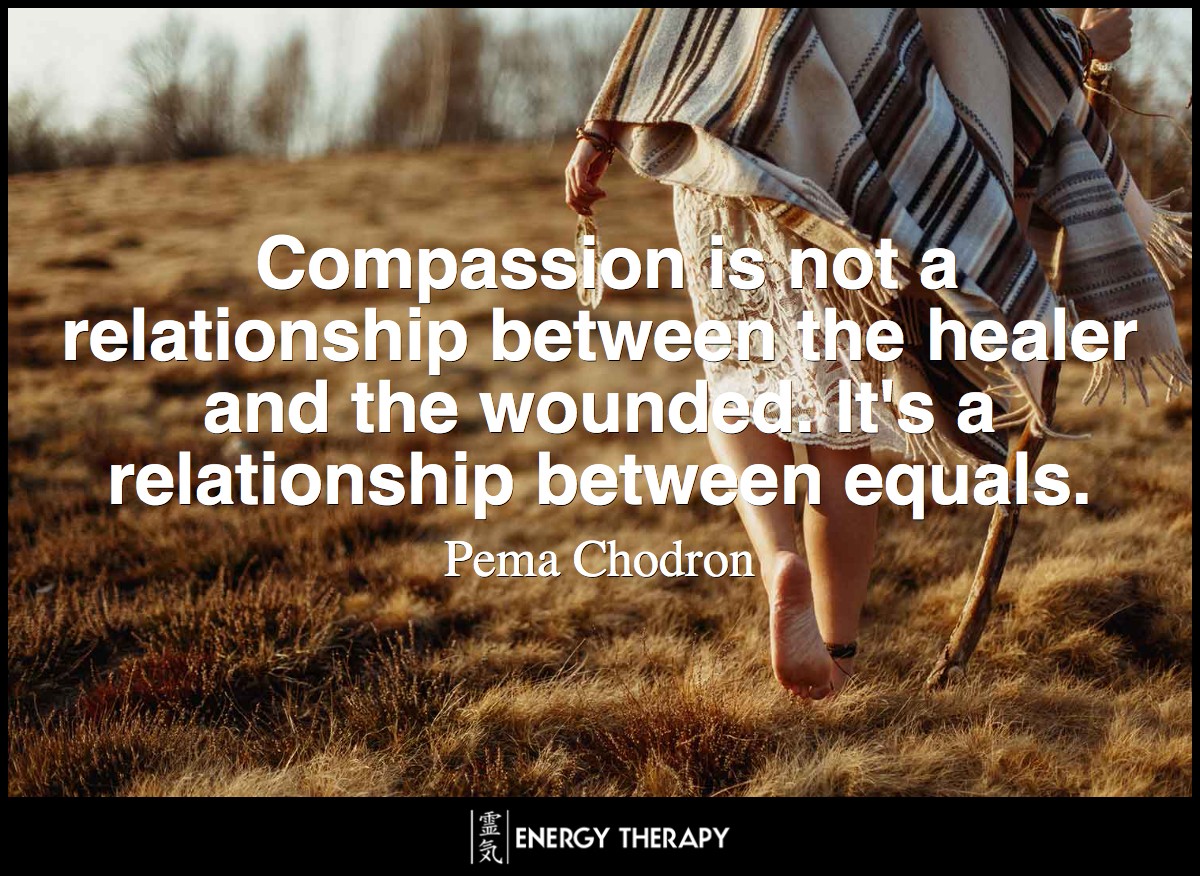 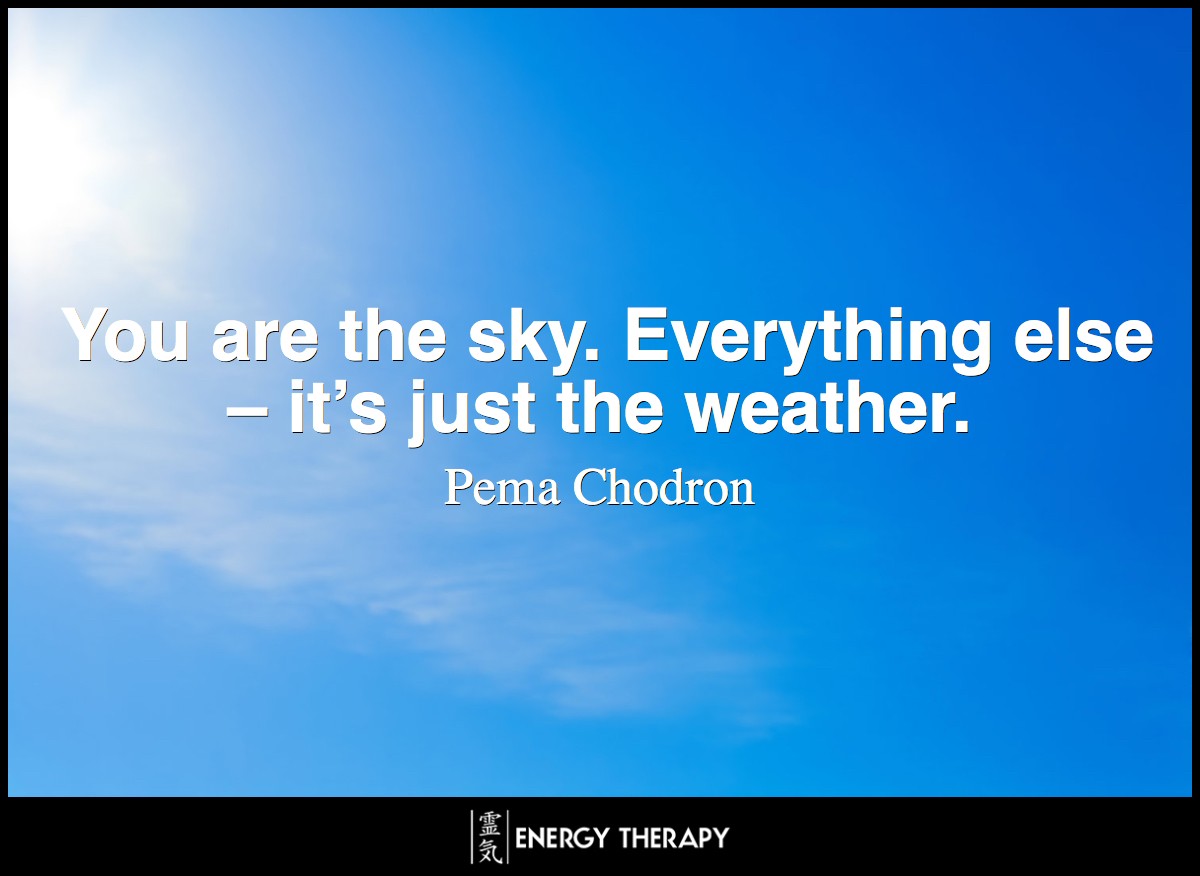 x
You are the sky. Everything else – it’s just the weather.
Pema Chodron 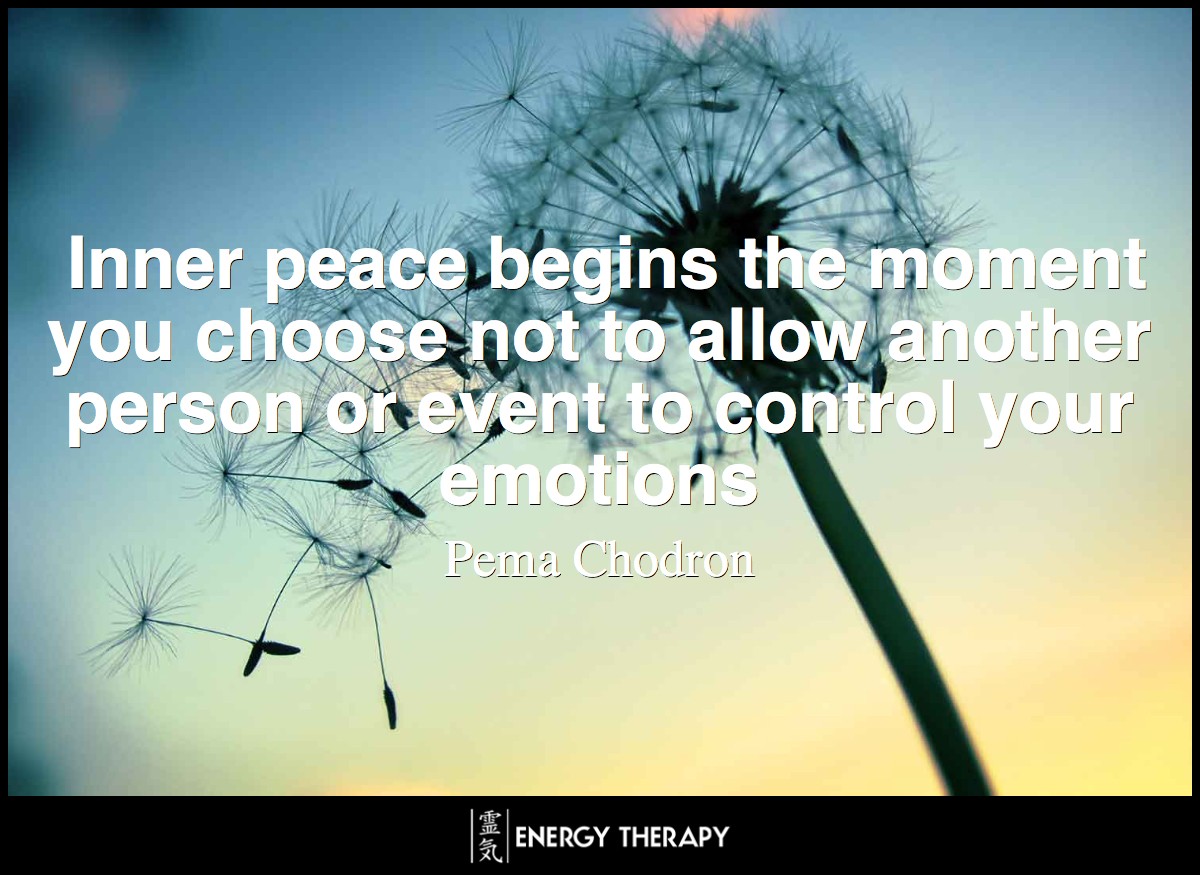