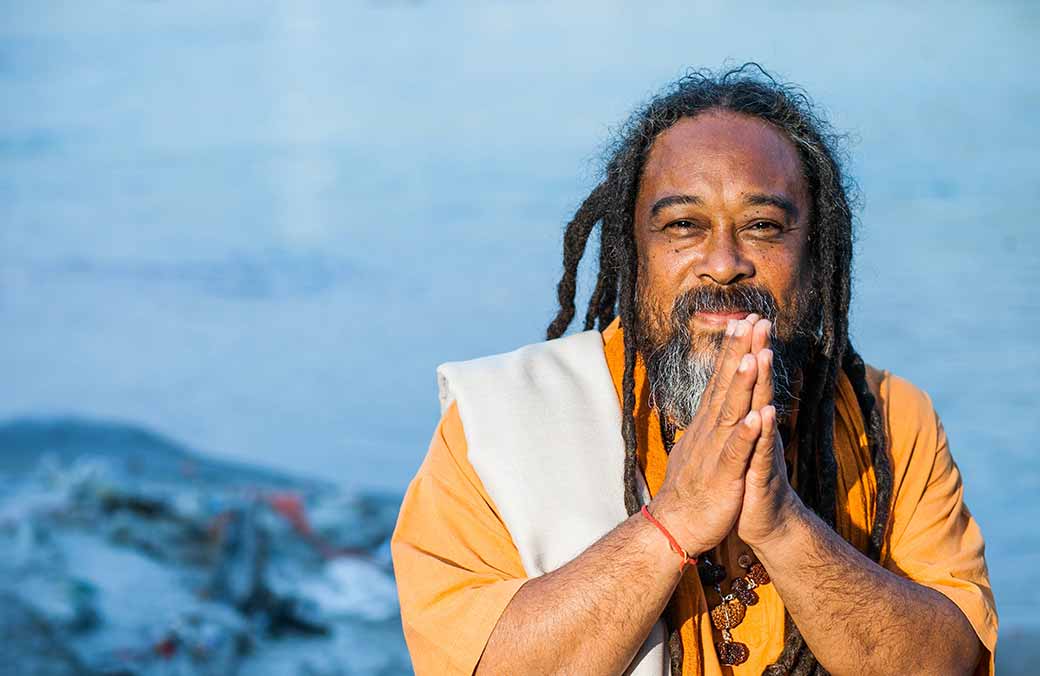 Mooji, born Anthony Paul Moo-Young on 29 January 1954, is a spiritual teacher originally from Jamaica.Mooji is a direct disciple of Sri Harilal Poonja, the renowned advaita master, or Papaji, a devotee of the advaita and non-dual master Ramana Maharshi. Mooji shares self-inquiry, directing his students to the non-dual Self by encouraging them to question who or what they are at the deepest level.

In 1987, a chance meeting with a Christian mystic was to be a life-changing encounter for Mooji. It brought him, through prayer, into the direct experience of the Divine within. Within a short period, he experienced a radical shift in consciousness so profound that outwardly, he seemed, to many who knew him, to be an entirely different person. As his spiritual consciousness awakened, a deep inner transformation began which unfolded in the form of many miraculous experiences and mystical insights. He felt a strong wind of change blowing through his life which brought with it a deep urge to surrender completely to divine will. Shortly after, he stopped teaching, left his home and began a life of quiet simplicity and surrender to the will of God as it manifested spontaneously within him. A great peace entered his being, and has remained ever since.

For the following six years, Mooji drifted in a state of spontaneous meditation oblivious to the outer world he formally knew. During these years, he lived almost penniless but was constantly absorbed in inner joy, contentment and natural meditation. Grace came in the form of his sister Julianne, who welcomed Mooji into her home with loving kindness, and afforded him the time and space he much needed to flower spiritually, without the usual pressures and demands of external life. Mooji refers to this period of his life as his “wilderness years” and speaks touchingly of a deep feeling of being “seated on the Lap of God”. In many respects, these were far from easy times for Mooji, yet there is no trace of regret or remorse in his tone as he recounts these years. On the contrary, he speaks of this phase of his life as being richly blessed and abundant in grace, trust and loving devotion.

In 1993, Mooji travelled to India. He had a desire to visit Dakshineswar in Calcutta where Sri Ramakrishna, the great Bengali Saint, had lived and taught. The words and life of Ramakrishna were a source of inspiration and encouragement to Mooji in the early years of his spiritual development. He loved the Saint deeply but as fate would determine, he would not go to Calcutta. While in Rishikesh, a holy place at the foothills of the Himalayas, he was to have another propitious encounter; this time with three devotees of the great advaita Master Sri Harilal Poonja, known to his many devotees as Papaji. Their persistent invitation to Mooji to travel with them to meet the Master made a deep impression on him. Still he delayed the prospect of meeting Papaji for two whole weeks, choosing first to visit Varanasi, the holy city.

In late November 1993, Mooji travelled to Indira Nagar in Lucknow to meet Papaji. It was to be an auspicious and profoundly significant experience on his spiritual journey. He felt it to be his good fortune; he had met a living Buddha, a fully enlightened master. He gradually came to recognise that Papaji was his Guru. Mooji stayed with Papaji for several months. During one particular satsang meeting, Papaji told him: “If you desire to be one with truth, ‘you’ must completely disappear.” On hearing this, great anger arose within his mind, full of judgement and resistance towards Papaji. He decided to leave the master’s presence for good, but later that day a huge dark cloud of anger and rebelliousness suddenly lifted, leaving his mind in a state of such peace, emptiness and a love towards the master, so intense, that he knew he could not leave. Through ‘Papaji’s’ grace, his mind was pushed back into the emptiness of source.

In 1994, with his Master’s blessing, he travelled down to Sri Ramanasramam in Tiruvannamalai. This is the ashram at the foot of Arunachala, the ‘Hill of Fire’, where Sri Ramana Maharshi*, the Sage of Arunachala and Papaji’s Guru, had lived and taught. Mooji felt very happy and at home in Tiruvannamalai. He stayed there for almost three months before returning to sit at Papaji’s feet once again.

A week after returning to Lucknow, Mooji received news from London that his eldest son had died suddenly of pneumonia. He returned to England. The bliss of earlier years gave way to a profound emptiness and inner silence, imparted by the Grace and Presence of Papaji.

Mooji visited Papaji again in 1997. It was to be his last meeting with his Beloved Master, who had by now become ill and frail in his movements, but whose inner light and presence remained undiminished. A month after returning to London, Mooji received news that the Master had passed away. Of this Mooji declares: “That Principle that manifests as the Master is ever HERE NOW. The True Master never dies, it is the mister that dies. The true Master, that Sat Guru* within, alone is the Real”.

Since 1999, Mooji has been sharing satsang in the form of spontaneous encounters, retreats, satsang intensives and one-to-one meetings with the many seekers who visit him, from all parts of the world, in search of the direct experience of truth. Few amongst the modern teachers of the advaita tradition expound the ‘knowledge of Self’, and the method of self-enquiry, with such dazzling clarity, love and authority. There is an energy that radiates from Mooji’s presence, a kind of impersonal intimacy, full of love, joy and a curious mix of playfulness and authority. His style is direct, clear, compassionate and often humorous. Once caught in the grip of his questions, there seems to be no place to hide. So unsparing is his scrutiny and uncompromising stance, that the ‘I’ concept is inescapably exposed as a mental construction, when viewed from the formless awareness we are. 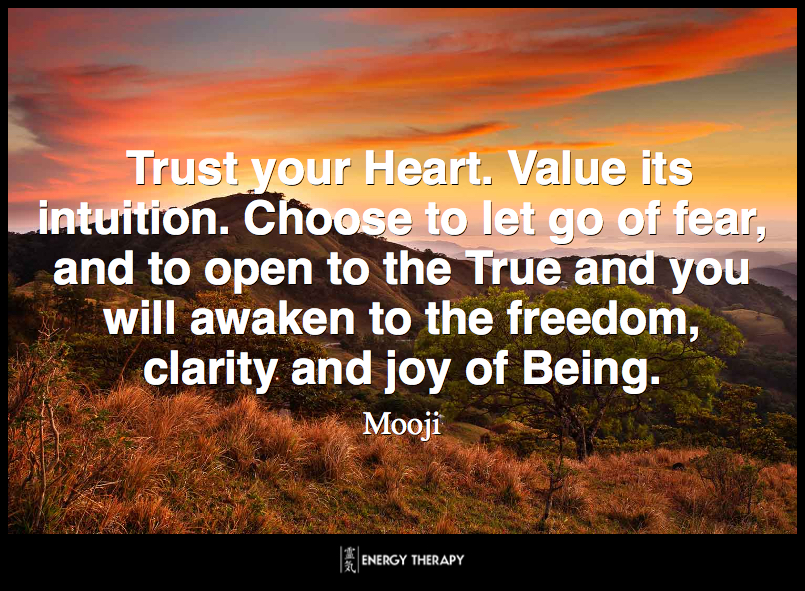 x
Trust your Heart. Value its intuition. Choose to let go of fear, and to open to the True and you will awaken to the freedom, clarity and [...]
Mooji 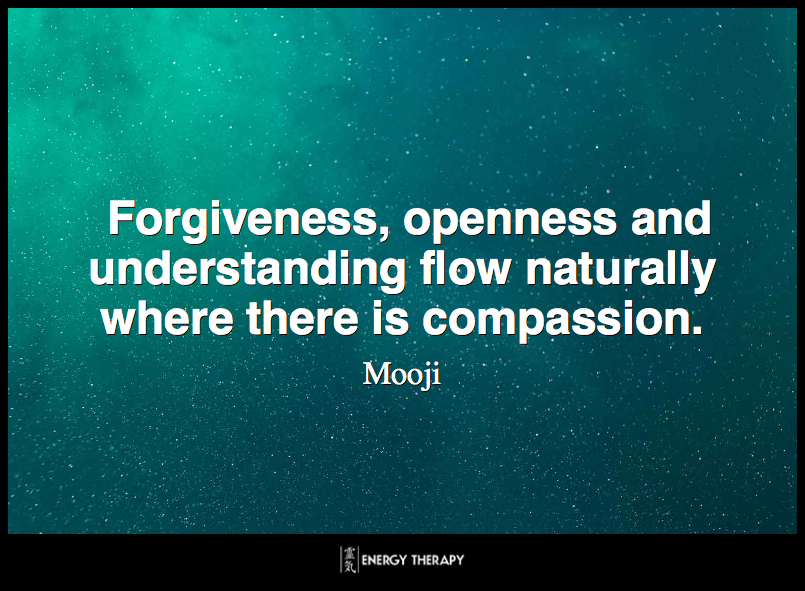 x
Forgiveness, openness and understanding flow naturally where there is compassion.
Mooji 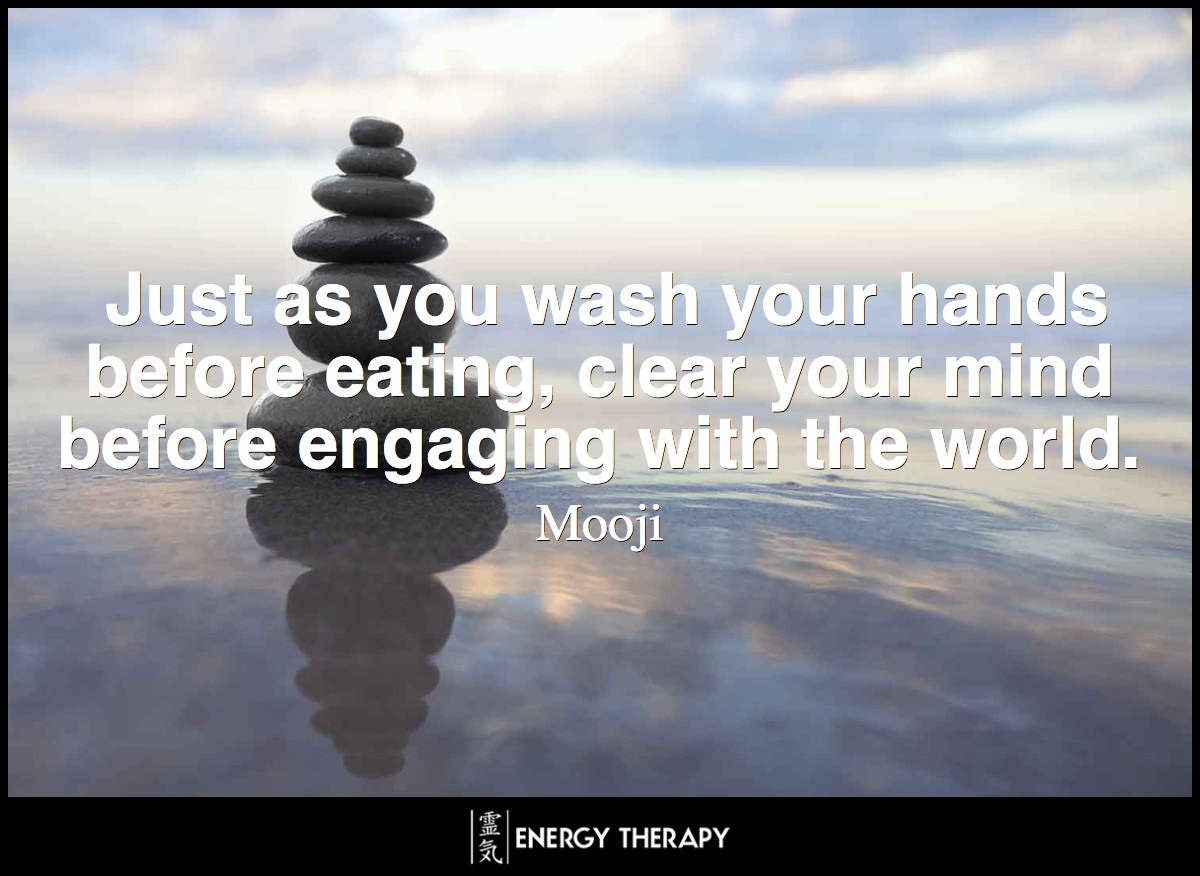 x
Just as you wash your hands before eating, clear your mind before engaging with the world.
Mooji

clear hands Mind mooji wash world
Recognise the serenity of your own inner Being. Let your attention be one with it. Feel its vibration. Do not create any image about this. Allow the space and the sense of emptiness simply to be. There is no better place to be than where you are right now. In this instant, there is nothing to do or undo. Nothing to change. Nothing to [Countinue reading...]
x
Mooji

become change completeness do emptiness Inner Being mooji nothing satisfaction self serenity space undo vibration
Let life be a sketch in your mind. Don’t try to live the future or force any projection, so that you experience being lived more than you are living. Like this you keep discovering that there is space and room for the unexpected changes that come dynamically through the breath of God. Don’t project so much what you are going to [Countinue reading...]
x
Mooji

being changes garden God grassland Mind mooji sketch space unexpected wild
As you move about during the day, stay in the state of neutrality. Just be in the neutral place. It is not difficult for you. You don’t have to be suppressing the senses or steering them in some way. You didn’t wake up this morning and turn on perception. Just perception is happening by itself, spontaneously. Without You, the light of [Countinue reading...]
x
Mooji