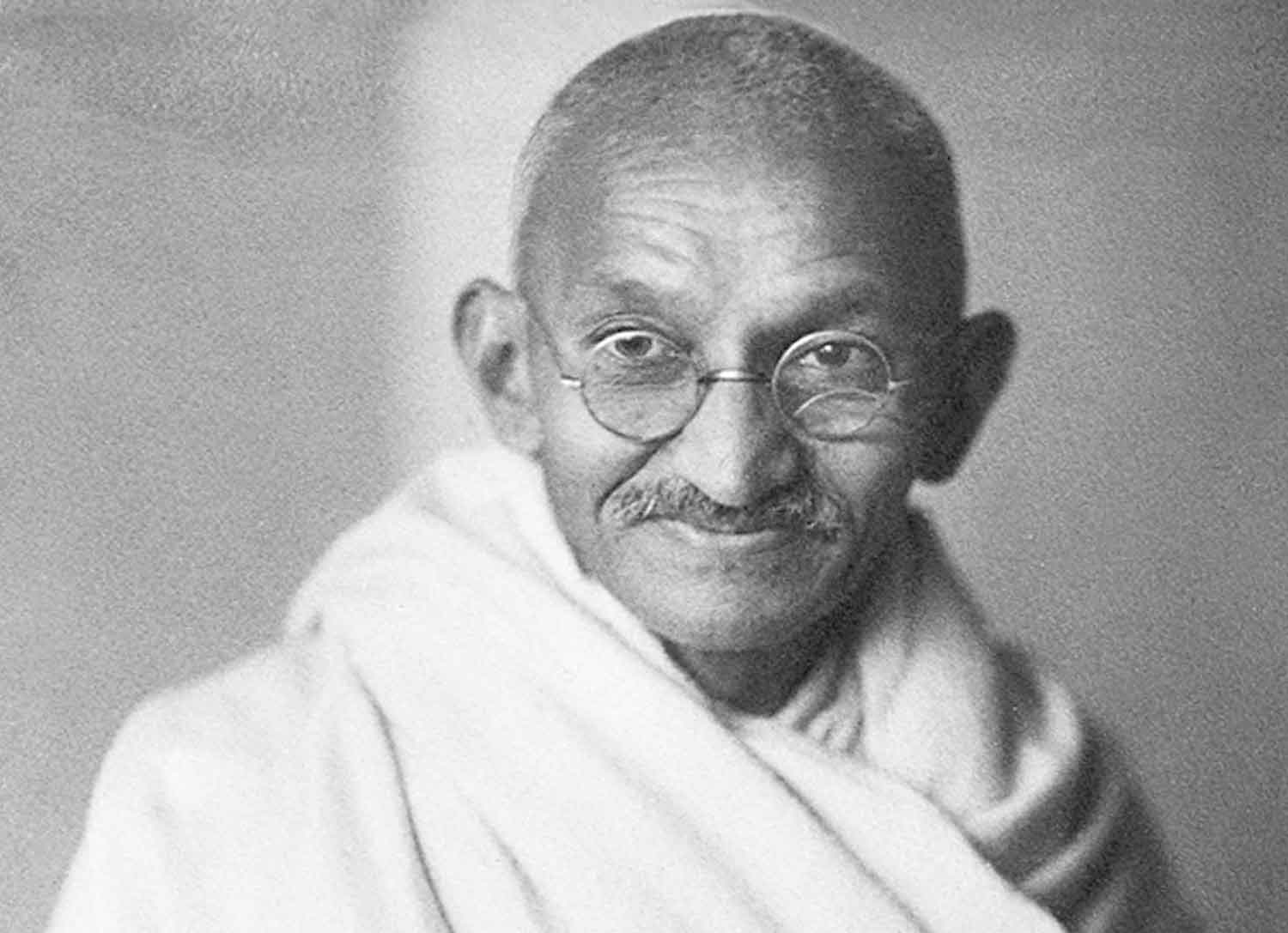 Mahatma Gandhi was a prominent Indian political leader who campaigned for Indian independence. He employed non-violent principles and peaceful disobedience. He was assassinated in 1948, shortly after achieving his life goal of Indian independence. In India, he is known as ‘Father of the Nation’.

Mahatma gandhiMohandas K. Gandhi was born in 1869, in Porbandar, India. Mohandas was from the social cast of tradesmen. His mother was illiterate, but her common sense and religious devotion had a lasting impact on Gandhi’s character. As a youngster, Mohandas was a good student, but the shy young boy displayed no signs of leadership. On the death of his father, Mohandas travelled to England to gain a degree in law. He became involved with the Vegetarian Society and was once asked to translate the Hindu Bhagavad Gita. This classic of Hindu literature awakened in Gandhi a sense of pride in the Indian scriptures, of which the Gita was the pearl.

Around this time, he also studied the Bible and was struck by the teachings of Jesus Christ – especially the emphasis on humility and forgiveness. He remained committed to the Bible and Bhagavad Gita throughout his life, though he was critical of aspects of both religions.

On completing his degree in Law, Gandhi returned to India, where he was soon sent to South Africa to practise law. In South Africa, Gandhi was struck by the level of racial discrimination and injustice often experienced by Indians. It was in South Africa that Gandhi first experimented with campaigns of civil disobedience and protest; he called his non-violent protests satyagraha. Despite being imprisoned for short periods of time, he also supported the British under certain conditions. He was decorated by the British for his efforts during the Boer War and Zulu rebellion.

After 21 years in South Africa, Gandhi returned to India in 1915. He became the leader of the Indian nationalist movement campaigning for home rule or Swaraj.

Gandhi also encouraged his followers to practise inner discipline to get ready for independence. Gandhi said the Indians had to prove they were deserving of independence. This is in contrast to independence leaders such as Aurobindo Ghose, who argued that Indian independence was not about whether India would offer better or worse government, but that it was the right for India to have self-government.

Gandhi also clashed with others in the Indian independence movement such as Subhas Chandra Bose who advocated direct action to overthrow the British.

Gandhi frequently called off strikes and non-violent protest if he heard people were rioting or violence was involved.

In 1930, Gandhi led a famous march to the sea in protest at the new Salt Acts. In the sea, they made their own salt, in violation of British regulations. Many hundreds were arrested and Indian jails were full of Indian independence followers.

However, whilst the campaign was at its peak some Indian protesters killed some British civilians, and as a result, Gandhi called off the independence movement saying that India was not ready. This broke the heart of many Indians committed to independence. It led to radicals like Bhagat Singh carrying on the campaign for independence, which was particularly strong in Bengal.

Gandhi and the Partition of India

After the war, Britain indicated that they would give India independence. However, with the support of the Muslims led by Jinnah, the British planned to partition India into two: India and Pakistan. Ideologically Gandhi was opposed to partition. He worked vigorously to show that Muslims and Hindus could live together peacefully. At his prayer meetings, Muslim prayers were read out alongside Hindu and Christian prayers. However, Gandhi agreed to the partition and spent the day of Independence in prayer mourning the partition. Even Gandhi’s fasts and appeals were insufficient to prevent the wave of sectarian violence and killing that followed the partition.

Away from the politics of Indian independence, Gandhi was harshly critical of the Hindu Caste system. In particular, he inveighed against the ‘untouchable’ caste, who were treated abysmally by society. He launched many campaigns to change the status of untouchables. Although his campaigns were met with much resistance, they did go a long way to changing century-old prejudices.

At the age of 78, Gandhi undertook another fast to try and prevent the sectarian killing. After 5 days, the leaders agreed to stop killing. But ten days later Gandhi was shot dead by a Hindu Brahmin opposed to Gandhi’s support for Muslims and the untouchables.

Gandhi was a seeker of the truth.

“In the attitude of silence the soul finds the path in a clearer light, and what is elusive and deceptive resolves itself into crystal clearness. Our life is a long and arduous quest after Truth.”

Gandhi said his great aim in life was to have a vision of God. He sought to worship God and promote religious understanding. He sought inspiration from many different religions: Jainism, Islam, Christianity, Hinduism, Buddhism and incorporated them into his own philosophy.

On several occasions, he used religious practices and fasting as part of his political approach. Gandhi felt that personal example could influence public opinion.

“When every hope is gone, ‘when helpers fail and comforts flee,’ I find that help arrives somehow, from I know not where. Supplication, worship, prayer are no superstition; they are acts more real than the acts of eating, drinking, sitting or walking. It is no exaggeration to say that they alone are real, all else is unreal.”

– Gandhi Autobiography – The Story of My Experiments with Truth

Civil disobedience becomes a sacred duty when the state has become lawless or corrupt. And a citizen who barters with such a state shares in its corruption and lawlessness.
x
Mahatma Gandhi 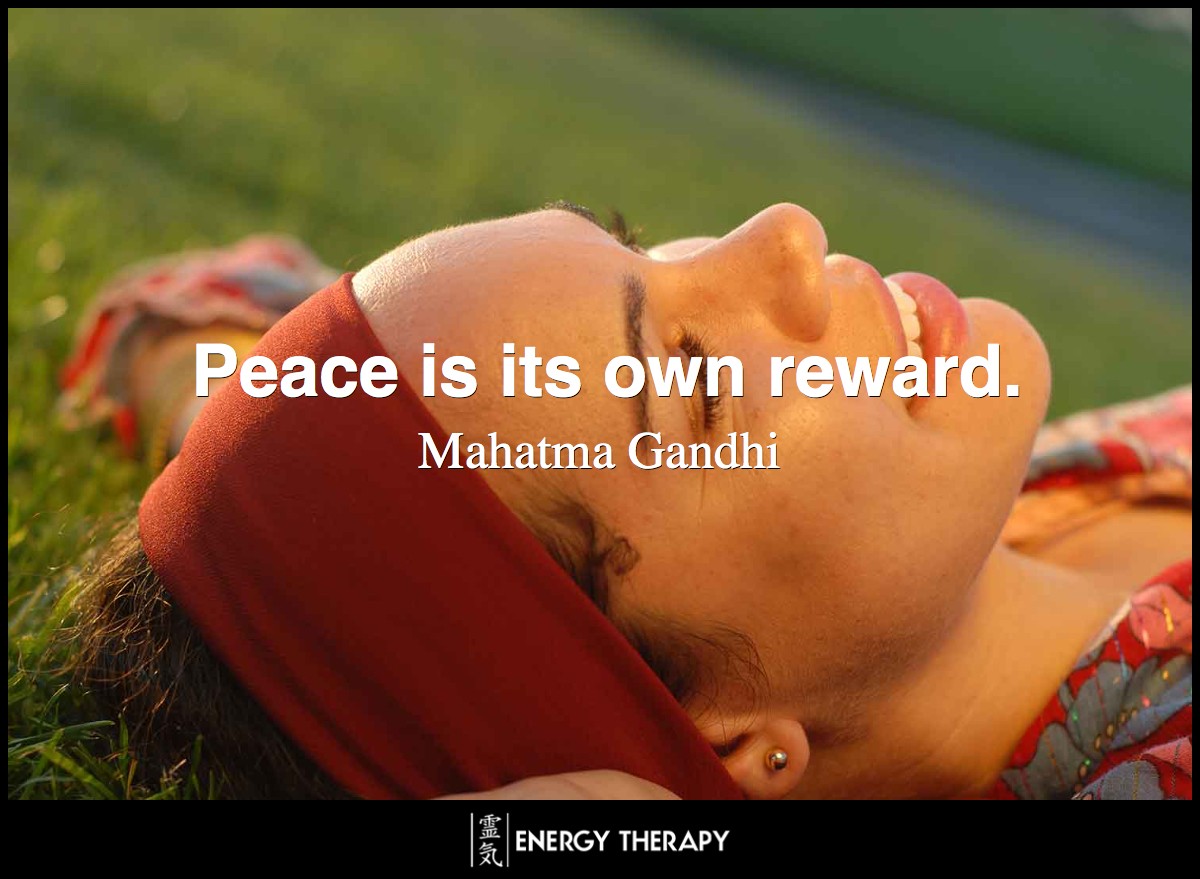 x
Peace is its own reward.
Mahatma Gandhi 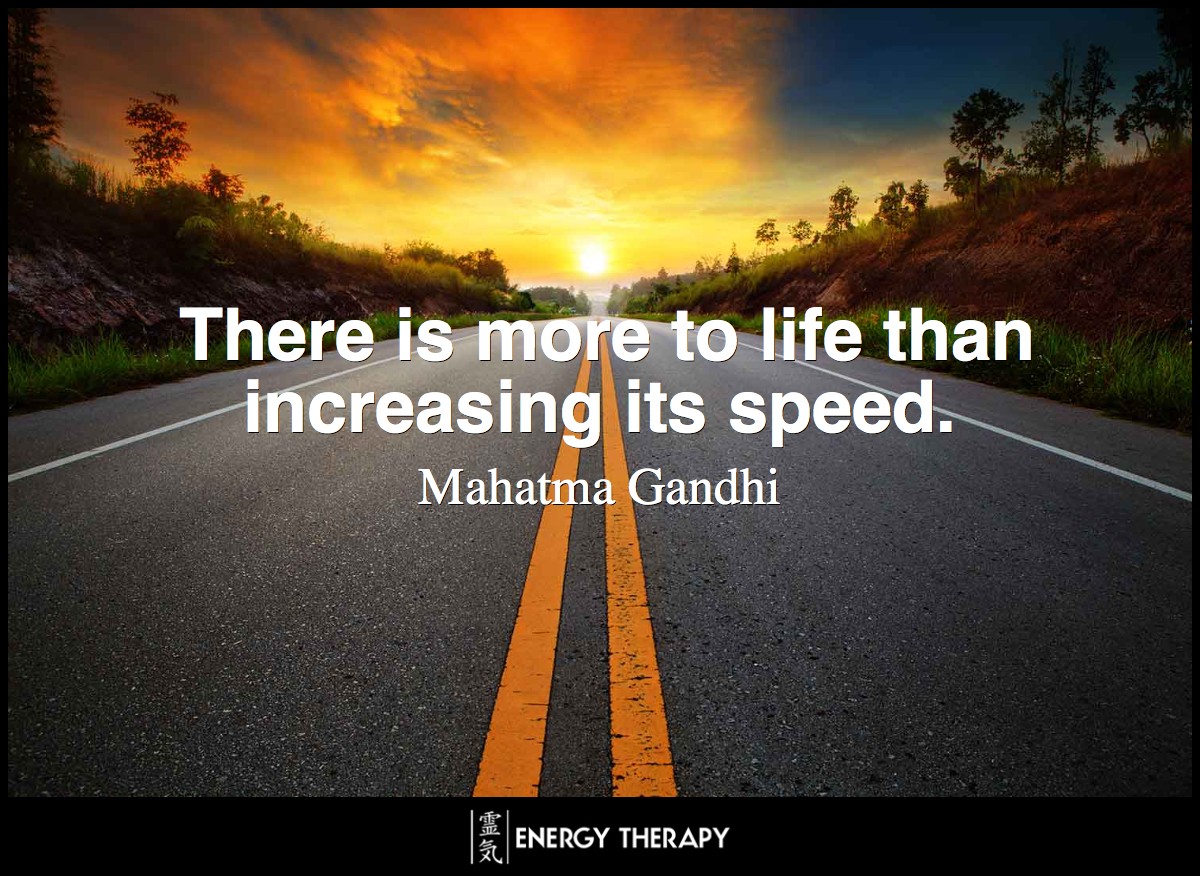 x
There is more to life than increasing its speed.
Mahatma Gandhi