Deepak Chopra was born on October 22, 1947 in New Delhi, India. The son of an eminent cardiologist, Krishnan Chopra, Deepak at first decided against following his father’s career path, wanting instead to pursue a career as a journalist. Eventually, however, he became enthralled with the subject of medicine and enrolled at the All India Institute of Medical Sciences in his native city.

Chopra envisioned a career in Western medicine, and in 1970 moved to the United States, leaving his home country with just $25 in his pocket and the promise of a residency at a hospital in New Jersey. Following the residency, Chopra landed in Boston, where he quickly rose to chief of medicine at New England Memorial Hospital.

Despite his rising career, Chopra became disenchanted with Western medicine and its reliance on prescription drugs. The work began to wear on the promising doctor, who would later claim that he smoked up to a pack of cigarettes a day and drank consistently. “Very unhappy people, physicians,” he has said. “The relatives of patients with whom they deal are demanding, litigious, intimidating. That’s the environment of medicine. Most of my fellow colleagues were very stressed; a lot of them were addicts. I used to experience the most extraordinary frustration and tightness. My great fear was getting into trouble. Malpractice suits are a big deal in the United States.”

It’s during this time that Chopra read a book on transcendental medicine that changed his life, and eventually his career path. As his interest in alternative medicine deepened, so did his view on the limits of Western medicine.

After a meeting with transcendental mediation guru Maharishi Mahesh Yogi, Chopra quit his job at New England Memorial Hospital and started the Maharishi Ayur-Veda Products International, a company that specialized in alternative products, like herbal teas and oils. Co-founded with the Maharishi, the company successfully launched Chopra into the world of alternative medicine. Chopra helped oversee the creation of several affiliated clinics and, he became well-known among celebrities including Elizabeth Taylor, Michael Jackson, and fashion designer Donna Karan.

By the early 1990s, Chopra had split off from the Maharishi and relocated to California, where he became the executive director of the Sharp Institute for Human Potential and Mind/Body Medicine. But he eventually clashed with his bosses and, in 1995, he started the Chopra Center for Well Being.

By this time, Chopra had become an international success. His first book, Quantum Healing: Exploring the Frontiers of Mind/Body Medicine, published in 1989, proved to be a decent seller. But it was his 1993 release Ageless Body, Timeless Mind, which shot Chopra into full-fledged celebrity status, selling more than a million hardcover copies alone.

At a time when the self-help industry was coming into its own, Chopra became one of its leading faces. His core message centers around the idea that the reliance on a material world complicates finding peace and happiness.

To Chopra, the answers to our health and happiness can be found internally. His message has certainly resonated with the greater public. Deepak Chopra is the author of more than 85 books translated into over 43 languages, including numerous New York Times bestsellers.

Deepak Chopra MD, FACP, founder of The Chopra Foundation and co-founder of The Chopra Center for Wellbeing, is a world-renowned pioneer in integrative medicine and personal transformation, and is Board Certified in Internal Medicine, Endocrinology and Metabolism.  He is a Fellow of the American College of Physicians, Clinical Professor at UCSD Medical School, Researcher, Neurology and Psychiatry at Massachusetts General Hospital (MGH), and a member of the American Association of Clinical Endocrinologists. The World Post and The Huffington Post global internet survey ranked Chopra #17 influential thinker in the world and #1 in Medicine. 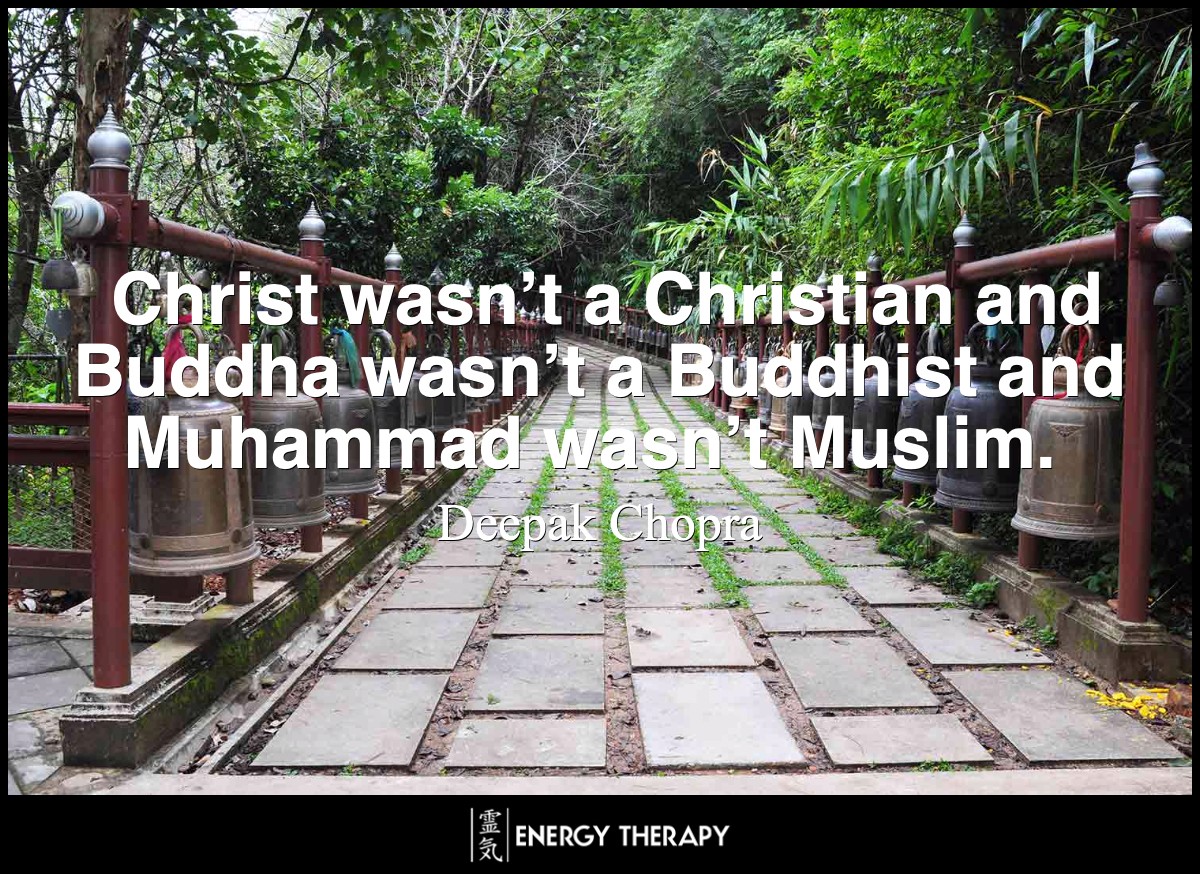 x
Christ wasn’t a Christian and Buddha wasn’t a Buddhist and Muhammad wasn’t Muslim. These people were having the experience of unity [...]
Deepak Chopra 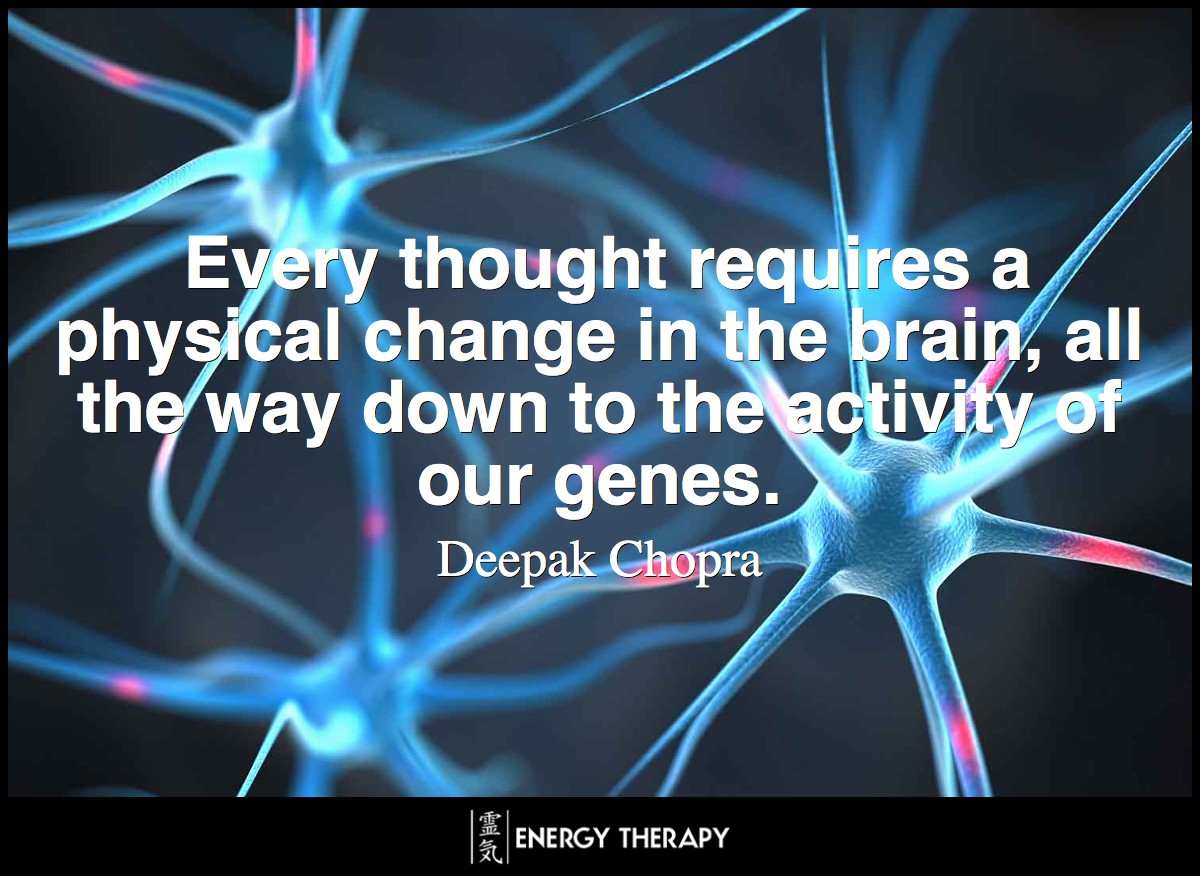 x
Every thought requires a physical change in the brain, all the way down to the activity of our genes. Microvolts of electricity fire [...]
Deepak Chopra 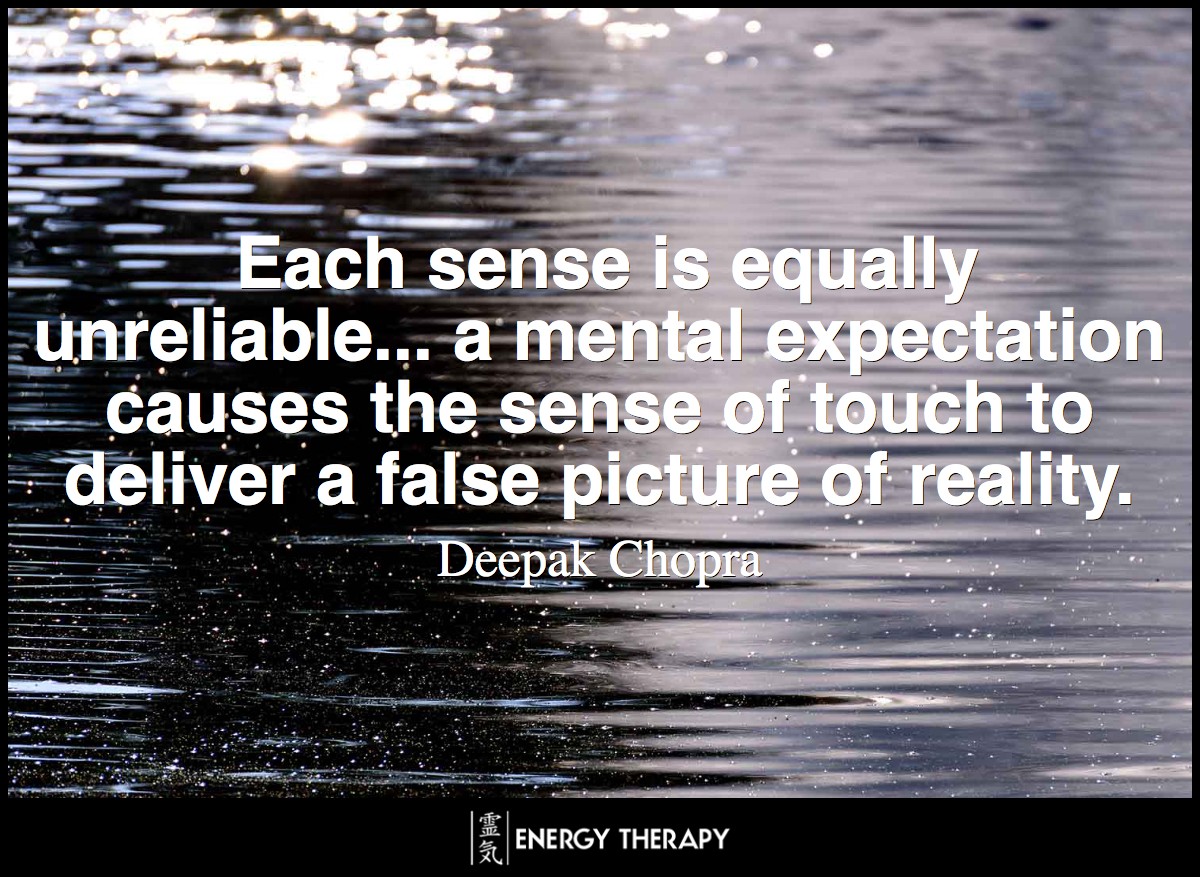 x
Each sense is equally unreliable. If you tell someone that you are about to stick their hand into a bucket of scalding water, but [...]
Deepak Chopra

expectation senses Thought unreliable
Einstein realized that time, space, matter, and energy were interchangeable. This single idea deposed the normal world of the five senses with its claim that nothing we see, hear, taste, touch, and smell is reliable. You can do your own visualization to prove this fact to yourself. See yourself sitting on a train moving down the tracks. You [Countinue reading...]
x
Deepak Chopra

Einstein Energy matter space time
All of us live in a participatory universe. Once you decide that you want to participate fully, with mind, body, and soul, the paradigm shift becomes personal.
x
Deepak Chopra 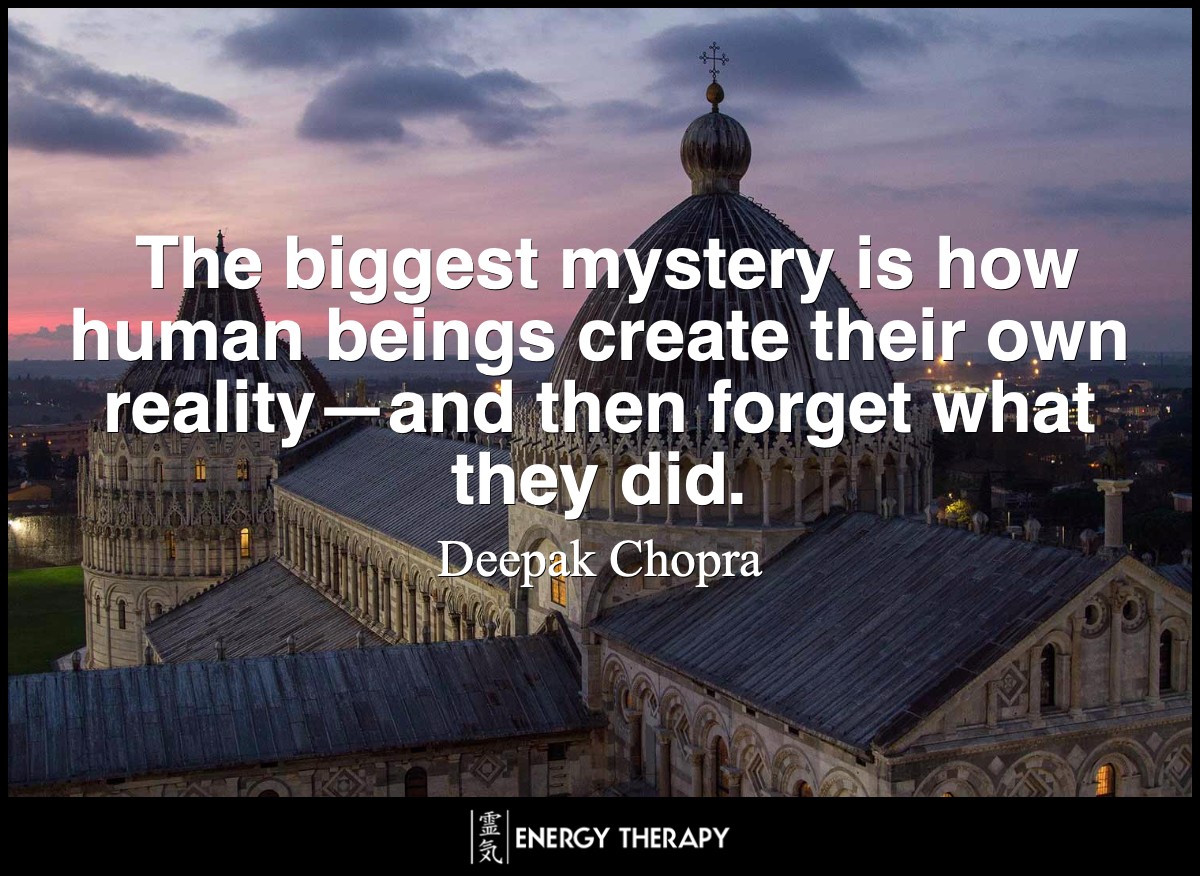 x
The biggest mystery is how human beings create their own reality—and then forget what they did.
Deepak Chopra