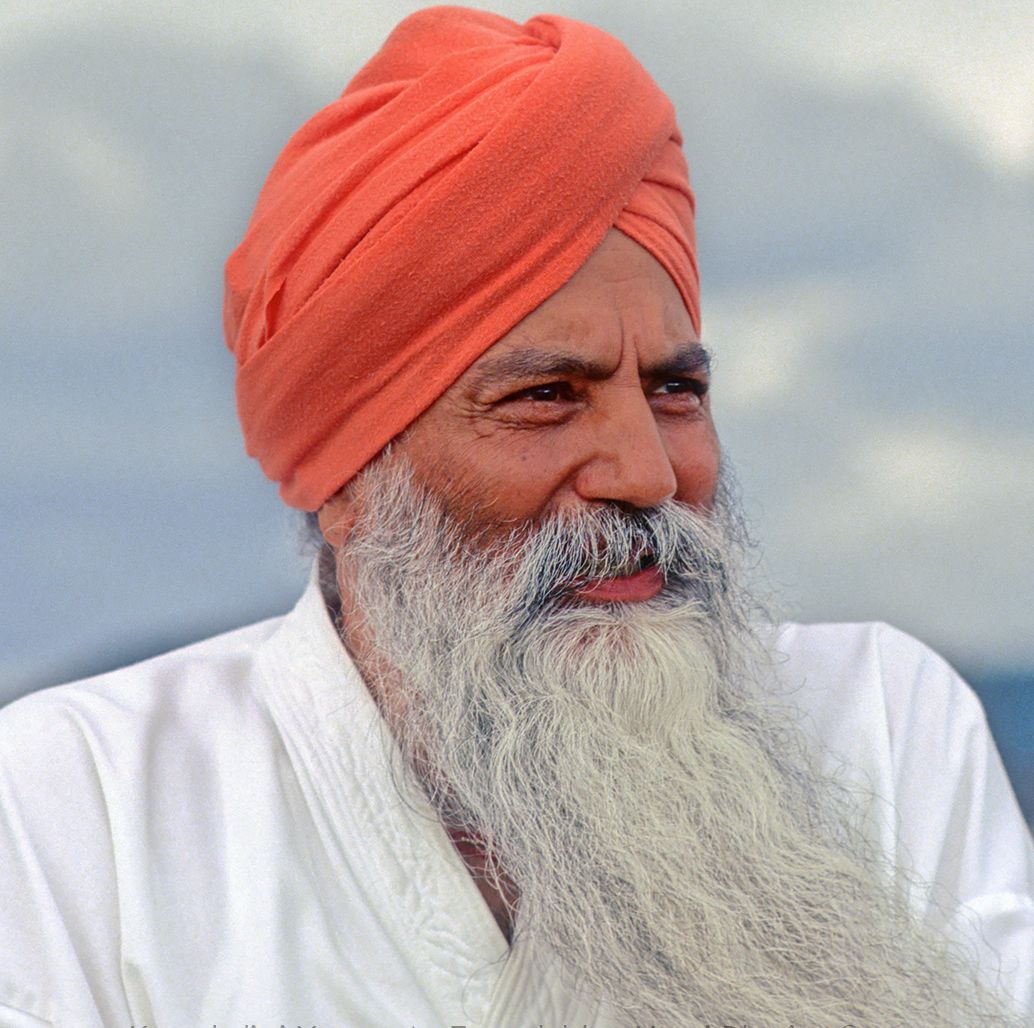 An outstanding pioneer in many fields with a deep and compassionate insight into the human condition, Yogi Bhajan established permanent institutions, created spectacular events, and produced a prolific body of teachings. The first to publicly teach Kundalini Yoga, when he arrived in the West in 1968, he announced he had come to the West “to create teachers, not to gain students.”

Born Harbhajan Singh Puri, August 26, 1929, in the part of India that became Pakistan in 1948, he was the son of a medical doctor.

When he was just eight years old he began his yogic training with an enlightened teacher, Sant Hazara Singh, who proclaimed him to be a Master of Kundalini Yoga when he was sixteen and a half.

During the turmoil of partition in 1947, at the age of 18, he led his village of 7000 people, near what is Lahore Pakistan today, 325 miles on foot to safety in New Delhi, India, where he arrived with only the clothes on his back. He continued his education at Punjab University where he excelled in debate and was a star athlete, playing both hockey and soccer.

After graduating with a degree in Economics, he began Indian government service with India’s Internal Revenue Department. Shortly thereafter he moved to the Customs Service and become head of Customs at Palam International Airport (now known as New Delhi’s Indira Gandhi Airport).

He married Inderjit Kaur in 1952. They had two sons, Ranbir Singh and Kulbir Singh, and a daughter, Kamaljit Kaur.

In September of 1968, he left India for Canada to teach yoga at Toronto University, carrying a letter of recommendation from Sir James George, Canadian High Commissioner in New Delhi, who had been his student. After two months in Canada, he flew to Los Angeles for a weekend visit.

Arriving in Los Angeles virtually unknown, Yogi Bhajan met a number of young hippies, the spiritual seekers of that era, and immediately recognized that the experience of higher consciousness they were attempting to find through drugs could be achieved by practicing Kundalini Yoga, while simultaneously rebuilding their nervous systems.

Breaking the centuries old tradition of secrecy surrounding the empowering science of Kundalini Yoga, he began teaching it publicly. With the yogic sciences of yoga, meditation, yogic philosophy, and loving acceptance, he gave the soon to be called “Baby Boomers” an effective alternative to the prevalent drug culture. He called it the “3HO” (healthy, happy, holy) way of life.

His credo: “It’s not the life that matters, it’s the courage that you bring to it.”

His challenge to students, “Don’t love me, love my teachings. Become ten times greater than me.” 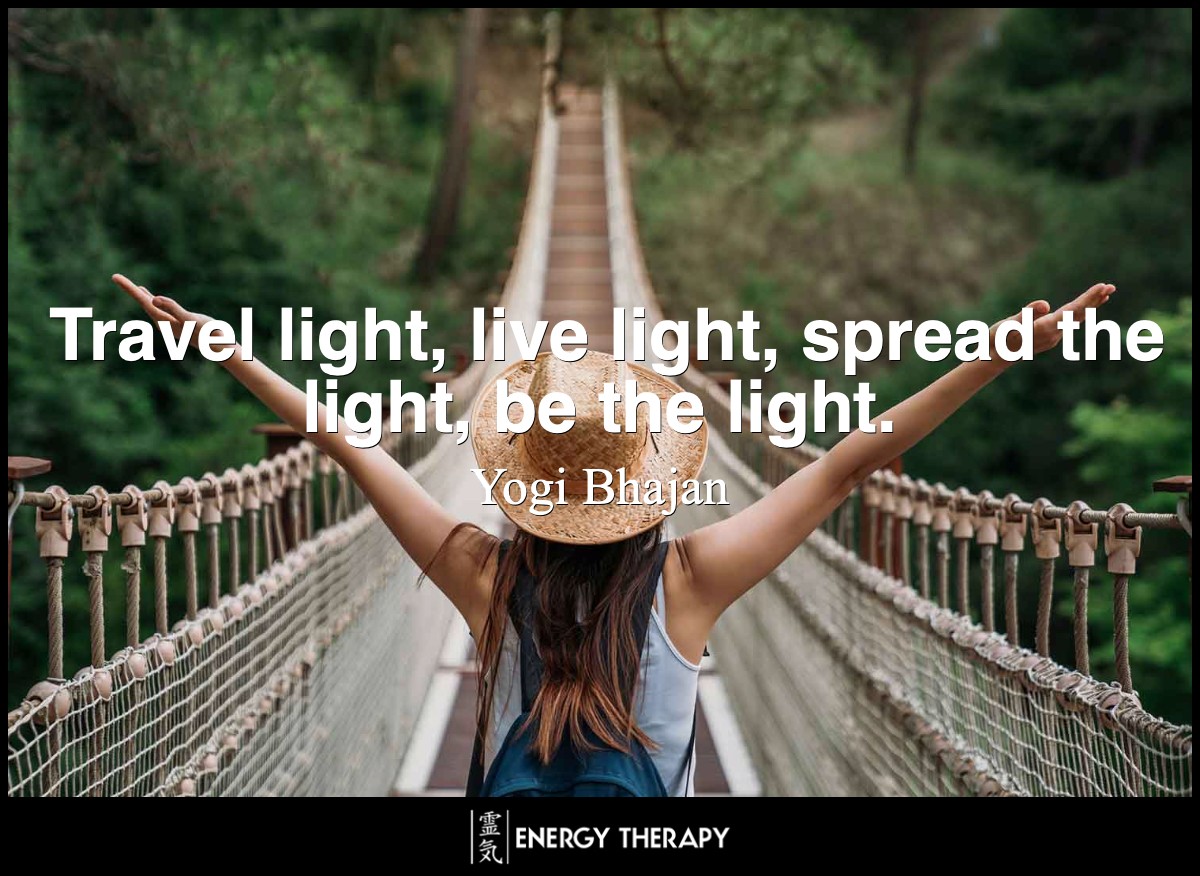 spiritual light
If you are willing to look at another person’s behavior toward you as a reflection of the state of their relationship with themselves rather than a statement about your value as a person, then you will, over a period of time cease to react at all.
x
Yogi Bhajan 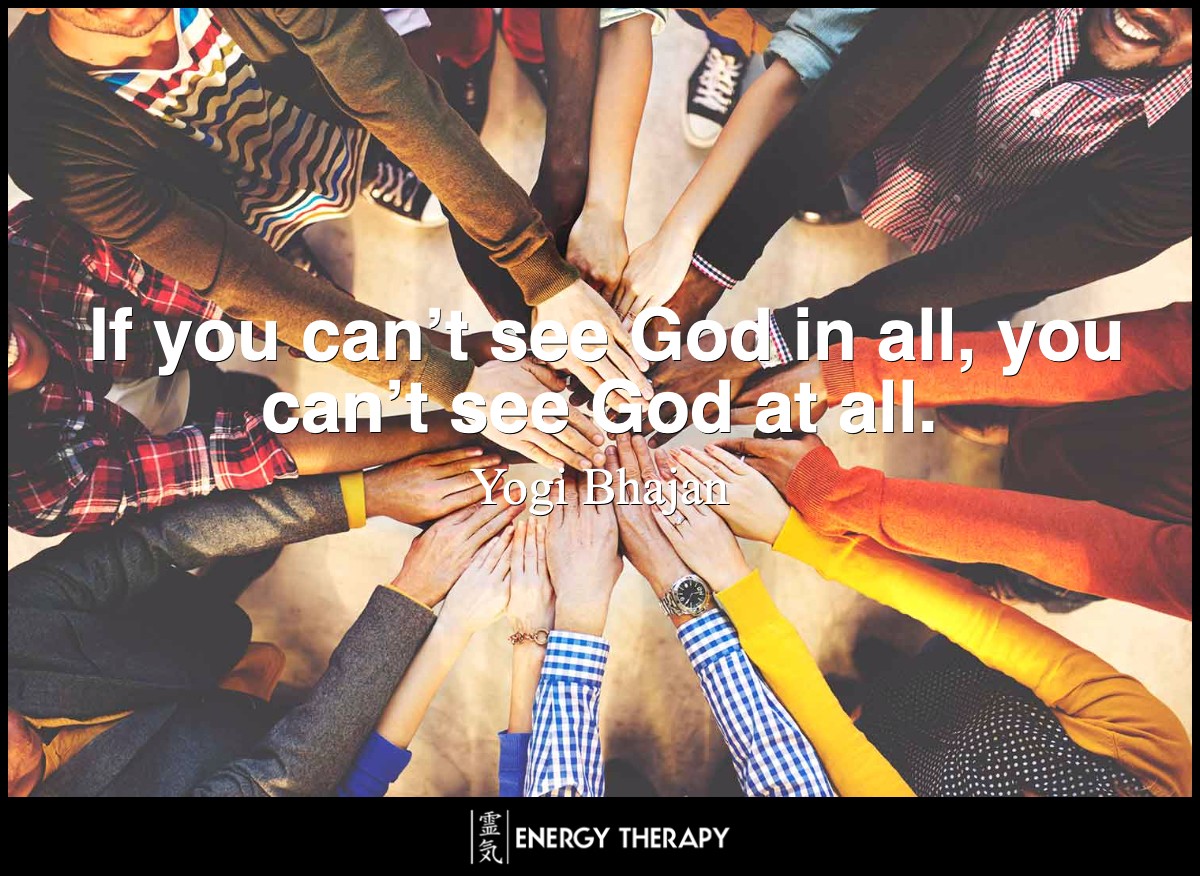