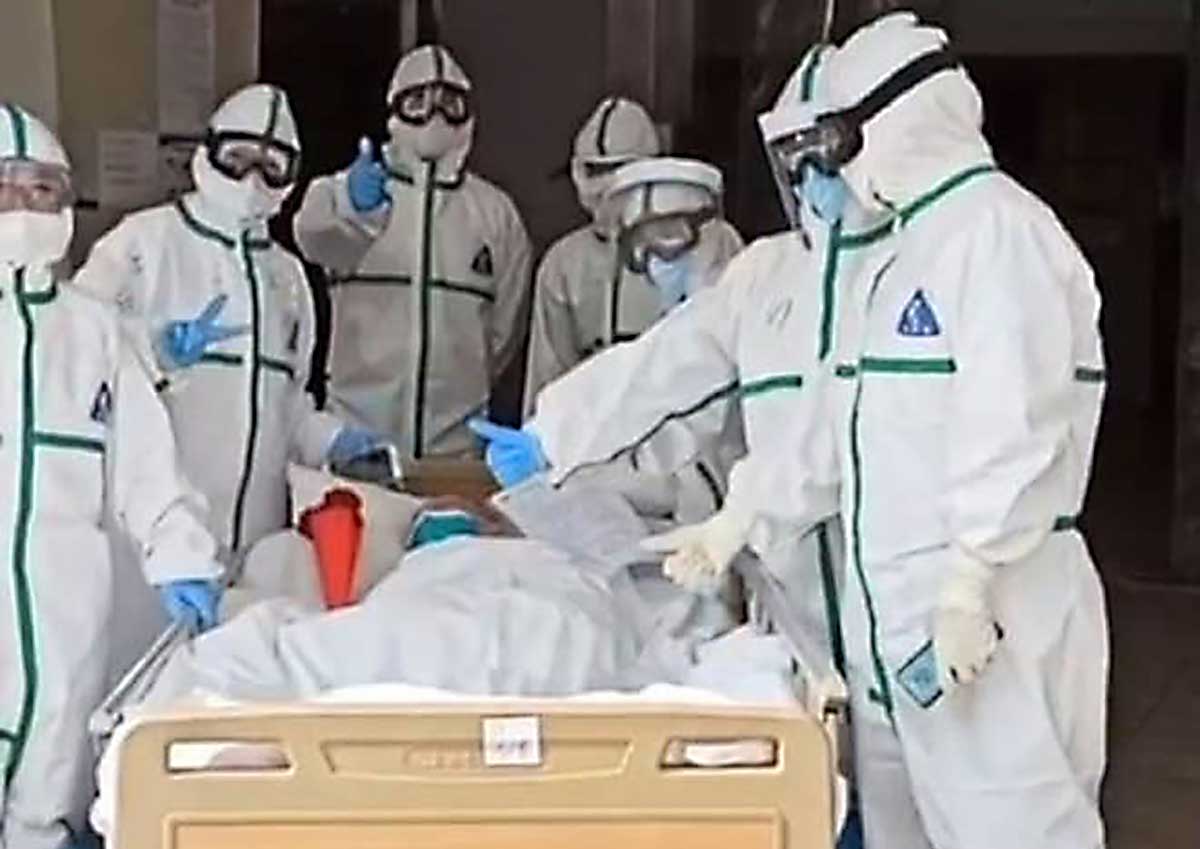 103-year-old Zhang Guangfen has been discharged from hospital in Wuhan, China, after recovering from coronavirus. (Chutian Metropolis Daily)

A 103-year-old woman has become the oldest person to beat the coronavirus and return home.

Zhang Guangfen recovered from the disease after receiving treatment for just six days at a hospital in Wuhan – the Chinese city at the centre of the outbreak.

The centenarian’s quick recovery was down to her having no underlying health conditions apart from mild chronic bronchitis, according to Dr Zeng Yulan, which proves that strong immunity is the key for everybody today.  We must separate our fear of the virus from the virus itself.

According to Dr. Shiva, an Indian-born American scientist, engineer, and entrepreneur, viruses do not kill. The human body has already 380 trillion viruses and trillions of bacteria inside it already – all contributing to health.  It is when the human body overreacts or underreacts that a viral threat becomes dangerous.

Chutian Metropolis Daily newspaper published a video showing the woman being escorted out of the hospital to a waiting ambulance by a group of medical workers as she was discharged on Tuesday.

Since the pandemic was announced by WHO, and because of global media coverage, most of know that it is mainly older people and those with pre-existing medical conditions are more at risk of developing much more severe coronavirus symptoms.

However, this grandmother has become the oldest person to recover from the deadly disease so far – days after a 101-year-old man also beat the virus in Wuhan.

A 100-year-old man with Alzheimer’s disease, hypertension and heart failure also recovered from the virus in Wuhan this week after being treated by military doctors.

This is a wonderful message to humanity to trust in itself again – and to know that we can overcome this.

Wuhan’s 11 million residents have been in lockdown since late January, and the disease has infected more than 80,700 people in China.