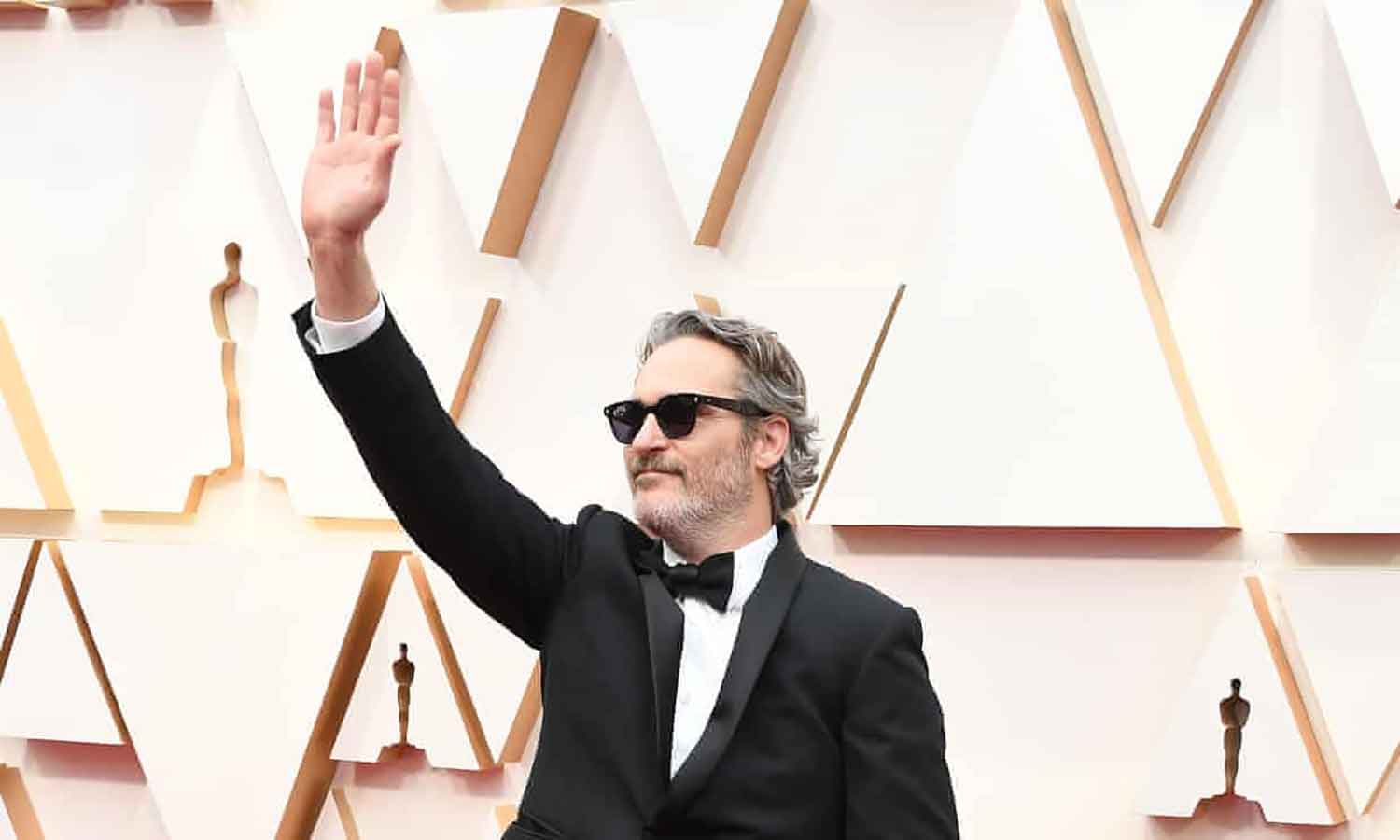 In a powerful, stirring and emotional acceptance speech, ‘Joker’ actor Joaquin Phoenix accused humanity of being guilty of ‘going into the natural world and plundering it for its resources’.

Unbeknownst to the dairy industry, the vegan star went off-script to bare his teeth at the shameful practices of a money-making industry, largely devoid of compassion.

His passionate speech sent shock waves around the world as he expressed his desire to be a ‘voice for the voiceless’.

Waking up – humanity must face its ‘distressing issues’

Phoenix started by stating that he wanted to highlight distressing issues, and spoke about the selfishness of humans in assuming their superiority over other living entities and exploiting them for personal gains.

This wasn’t simply a rant though, it was a heartfelt plea, coming from an actor at the peak of his career who wanted to make a genuine impact on the collective consciousness.

“We’re talking about the fight against the belief that one nation, one people, one race, one gender, one species, has the right to dominate, use and control another with impunity,” Phoenix said.

“I think that we’ve become very disconnected from the natural world and many of us, what we’re guilty of is an egocentric worldview, the belief that we’re the center of the universe,” he explained.

“We go into the natural world and we plunder it for its resources. We feel entitled to artificially inseminate a cow and when she gives birth, we steal her baby. And then we take her milk that’s intended for her calf and we put it in our coffee and our cereal.”

After brandishing the inhumane activities of the dairy industry, he urged that humans could tap into their creativity to make a better world.

“(We) are so creative and inventive, and we can create, develop and implement systems of change that are beneficial to all sentient beings and the environment,” he said.

He finished his speech expressing how grateful he was for getting a second chance, and paid a tearful tribute to his late brother, River Phoenix, quoting a lyric written by the late actor: “Run to the rescue with love, and peace will follow.”

The actor’s emotionally charged speech drew scores of reactions on social media — and put another nail into the coffin of a dying meat and dairy industry.

“Powerful message! He used the platform to bring attention to change rather than just thank everyone and that’s that. Great speech!” tweeted one user.

“Absolutely!! I was giving him a standing ovation all alone here at home. Many will gripe about his speech but man, it will get talked about. Love him giving voice to the suffering animals,” wrote another.

The 45-year-old actor has had an amazing run at the awards season this year, taking the coveted Best Actor gongs at Baftas, Golden Globes, Critics’ Choice and Screen Actors Guild awards.

Before going on to win the best actor gong at the 73rd British Film and Television Arts (BAFTA) Awards, he joined Members of Animal Equality to protest at London’s Tower Bridge unfurling a huge banner that stated: “Factory farming is destroying our planet. Go vegan”.

At the SAG awards event, the passionate animal activist skipped the after-parties and headed straight to attend a pig vigil run by the Los Angeles Animal Save group less than 5 miles away from the awards venue.

“When you witness the horror that really happens behind closed doors and slaughterhouses to farmed animals all over the world, it’s impossible not to be affected by it and to realize that we have to do something drastic to stop it,” he said.

“I’m just doing my part and trying to amplify the voice of these activists that are out every day, doing something, taking action, and the least I can do is take some time off today and come here to talk about this issue.”

I’m full of so much gratitude now. I do not feel elevated above any of my fellow nominees or anyone in this room, because we share the same love – that’s the love of film. And this form of expression has given me the most extraordinary life. I don’t know where I’d be without it.

But I think the greatest gift that it’s given me, and many people in [this industry] is the opportunity to use our voice for the voiceless. I’ve been thinking about some of the distressing issues that we’ve been facing collectively.

We’re talking about the fight against the belief that one nation, one people, one race, one gender, one species, has the right to dominate, use and control another with impunity.

I think we’ve become very disconnected from the natural world. Many of us are guilty of an egocentric world view, and we believe that we’re the centre of the universe. We go into the natural world and we plunder it for its resources. We feel entitled to artificially inseminate a cow and steal her baby, even though her cries of anguish are unmistakeable. Then we take her milk that’s intended for her calf and we put it in our coffee and our cereal.

We fear the idea of personal change, because we think we need to sacrifice something; to give something up. But human beings at our best are so creative and inventive, and we can create, develop and implement systems of change that are beneficial to all sentient beings and the environment.

I have been a scoundrel all my life, I’ve been selfish. I’ve been cruel at times, hard to work with, and I’m grateful that so many of you in this room have given me a second chance. I think that’s when we’re at our best: when we support each other. Not when we cancel each other out for our past mistakes, but when we help each other to grow. When we educate each other; when we guide each other to redemption.

When he was 17, my brother [River] wrote this lyric. He said: “run to the rescue with love and peace will follow.”