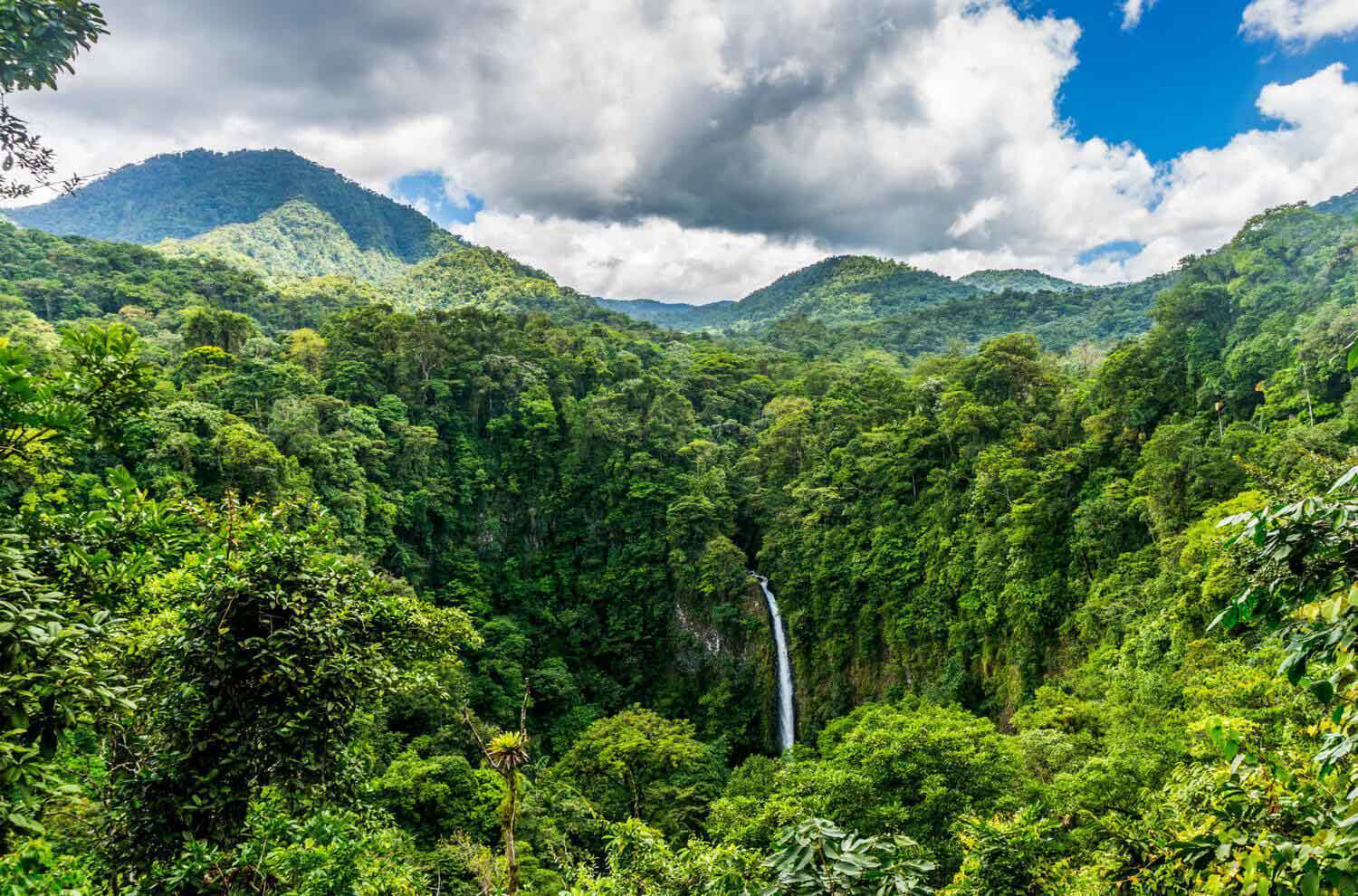 Costa Rica has a long-standing commitment to the environment and is now one of the leading nations of sustainability, biodiversity, and other protections. The country’s first lady, Claudia Dobles, said in an interview with The New York Times that they plan to be completely fossil fuel free by 2050 and that achieving that goal would combat a “sense of negativity and chaos” in the face of global warming. “We need to start providing answers,” she said.

And this is exactly what they’ve been doing.

One of their most incredible feats so far is managing to generate all the country’s power from solely renewable sources for three years consecutively! Then there’s also what they plan to do, which is absolutely incredible – they are set to be carbon-free and plastic-free by 2021.

In addition, they’ve tackled the dilemma of deforestation remarkably – resulting in a doubling of tree coverage across the country in the last 30 years.

After decades of deforestation, Costa Rica has reforested to the point that half of the country’s land surface is covered with trees again. That forest cover is able to absorb a huge amount of carbon dioxide from the atmosphere, combating climate change for all.

According to United Nations University, in the 1940s, more than three-quarters of the country was covered in mostly tropical rainforests and other indigenous woodlands. Then, between the 1940s and 1980s extensive, uncontrolled logging led to severe deforestation. By 1983, only 26% of the country had forest cover. Realizing the devastation that was occurring, policymakers took a stand. Through a continued environmental focus they were able to turn things around to the point that today forest cover has increased to 52%, which is double 1983 levels.

How The Country Promotes Forest Reforestation

For incentive, the country has established programs to compensate landowners for reforestation. The government encourages landowners to protect the land through grants or cash payments if they sign contracts with the Ministry of Environment. These contracts allow the landowners to extract only a certain number of trees from the forest, and it also requires that they continue planting trees on the deforested areas. These payments are funded through international donations and nationwide taxes. The initiative is helping to protect the last remnants of forest in the country.

Robert Blasiak, a research fellow at the University of Tokyo, said:

“Taking a closer look at what Costa Rica has accomplished in the past 30 years may be just the impetus needed to spur real change on a global scale.”

That is exactly what the Costa Rican leaders hope to accomplish. They want to spur other nations to follow their example. Costa Rican President Carlos Alvarado has called the climate crisis “the greatest task of our generation”; one that his country is strongly committed to excel in.