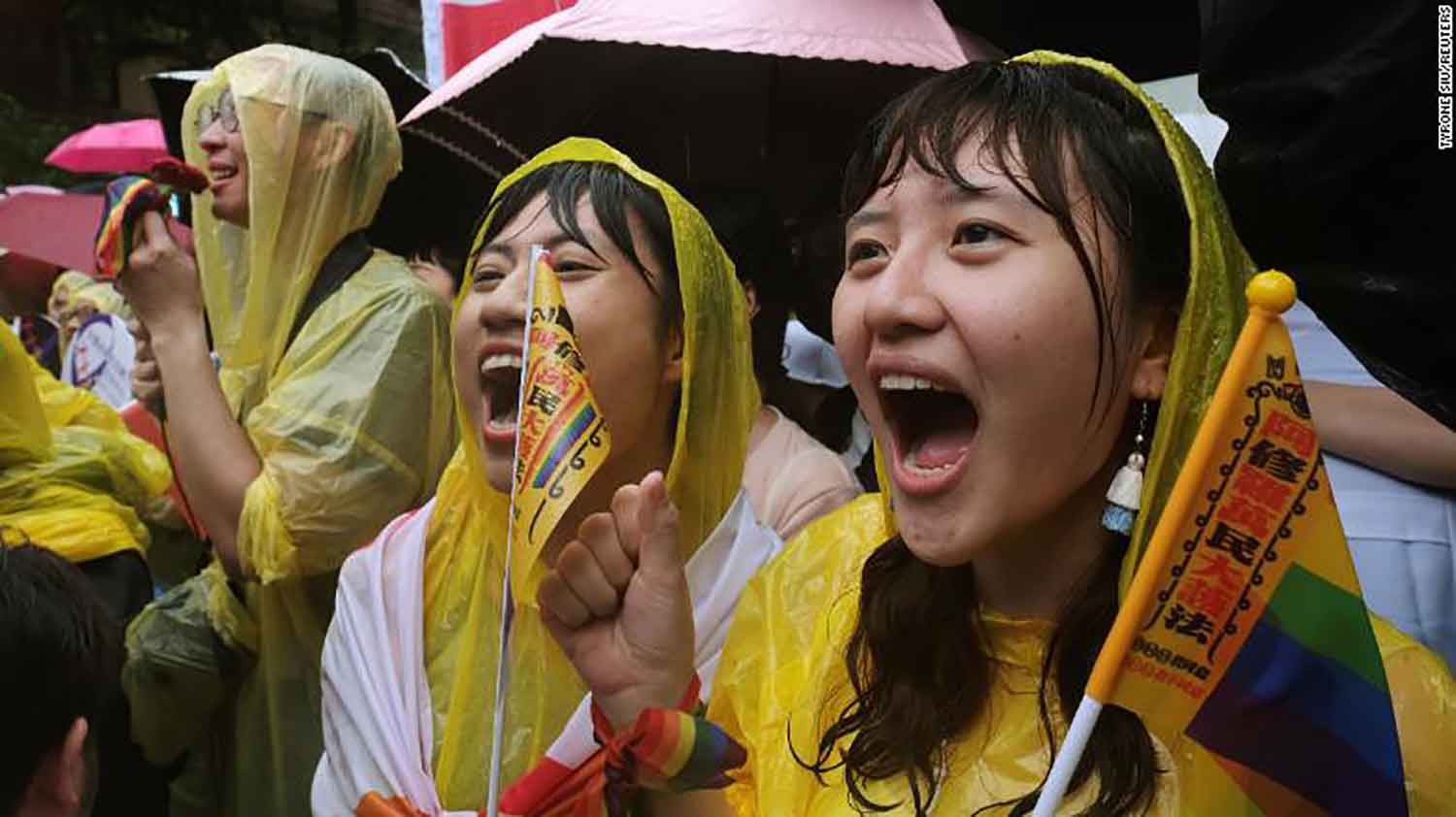 Lawmakers in Taiwan have approved a bill legalizing same-sex marriage, a landmark decision that makes the self-ruled island the first place in Asia to pass gay marriage legislation.

The vote came almost two years after the island’s Constitutional Court ruled that the existing law — that marriage could only be between a man and a woman — was unconstitutional.

On Friday — only a week off the two-year deadline — lawmakers in Taiwan’s Legislative Yuan passed a bill making same-sex marriage a reality, which will go into effect on May 24.

Tens of thousands of people braved pouring rain Friday to demonstrate in favor of same-sex marriage outside the parliament, as lawmakers began voting on three draft bills, one tabled by the island’s Cabinet — which would ultimately prove successful — and two watered-down rival bills tabled by conservative groups.

The successful Cabinet bill was the only one to use the word “marriage.” It was backed by LGBTQ groups, despite the fact it could see same-sex couples denied rights enjoyed by hetrosexual couples, such as adoption and cross-national marriage.

Wu Tzu-an, a 33-year-old gay artist from Taipei, was among the crowds outside the parliament celebrating Friday.

“Today the result was the best we got for this stage,” said Wu. “It’s also a sign to show that Taiwan was different from China,” he added, referring to mainland China where same-sex marriage has not been legalized. “Personally I don’t have plans to get married, but I think it’s a sign for equality.”

Good morning #Taiwan. Today, we have a chance to make history & show the world that progressive values can take root in an East Asian society.

Today, we can show the world that #LoveWins. pic.twitter.com/PCPZCTi87M

Xiaogang Wei, who heads the Beijing Gender Health Education Institute, called the bill’s passing a historic moment, not only for Asia but for the global LGBTQ rights movement.

“It will have a very positive impact on China’s LGBT community, offering us a lot of hope,” he told CNN.

“The Chinese government has pointed to cultural tradition as a reason for same-sex marriage being unsuitable in China. But the decision in Taiwan, which shares a cultural tradition with us, proves that Chinese culture can be open, diverse and progressive.”

After the vote, Taiwan’s President Tsai Ing-wen tweeted: “We took a big step towards true equality, and made Taiwan a better country.

Read the full report on CNN