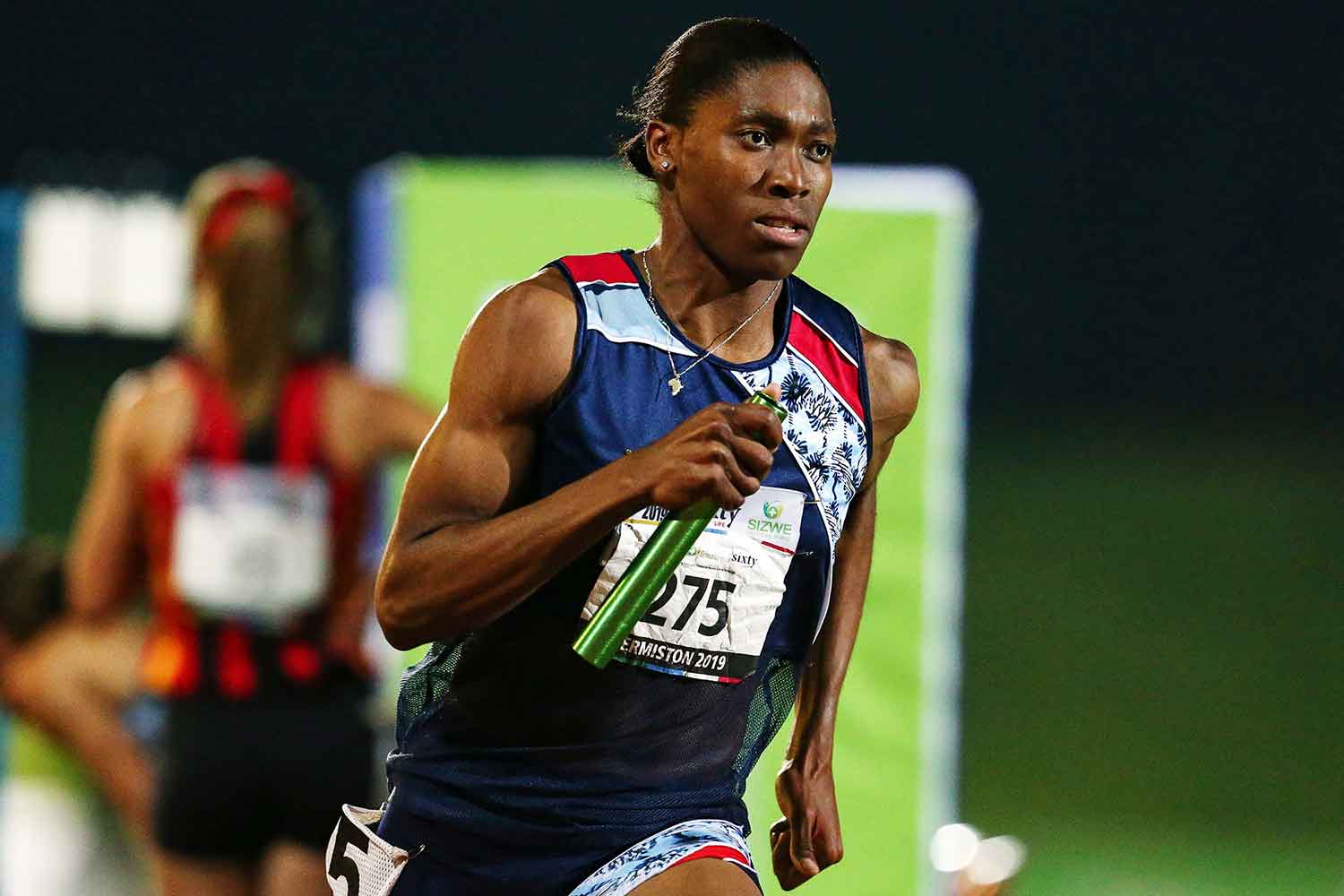 South Africa’s athlete Caster Semenya competes in an event at a meeting in Johannesburg. Roger Sedres/AP/REX/Shutterstock

Caster Semenya, the South African runner who plans to compete in the Tokyo Olympics next year, must take medication to reduce her testosterone levels in order to compete, a court has ruled.

On Wednesday 1st May 2019, the Lausanne, Switzerland-based Court of Arbitration for Sport, which is the highest court in international sports, upheld a controversial 2018 ruling by the International Association of Athletics Federations (IAAF), which requires female athletes to take hormonal contraception to maintain testosterone levels within organisation guidelines in order to be able to compete among female athletes at official events.

Because the IAAF ruling is only applicable to athletes who run between 400 meters and a mile, it has been criticized by some sports journalists as unfairly targeted at Semenya, who has faced questions about her biological makeup throughout her career.

She was born with XY chromosomes, normally associated with being male, and thus has a naturally high level of testosterone, which the authorities have concluded give her an unfair advantage over her competitors (despite Semenya’s defenders pointing out that athletes like Michael Phelps are celebrated, and not penalized, for having clear physical advantages over their competitors).

So what does astrology have to say about this?  You might find it surprising — or perhaps not if you know just how uncannily accurate astrology can be!

Caster has her natal Sun conjunct Neptune in her chart. (Remember, the Sun describes one’s identity and core essence).

Neptune is a symbol for a lack of clarity, confusion or blurred boundaries, so this Sun-Neptune aspect in her chart describes perfectly this fundamental theme in her life – the essential question of what her gender is.

Neptune describes the fact that there is no clear, black-and-white answer to this question. 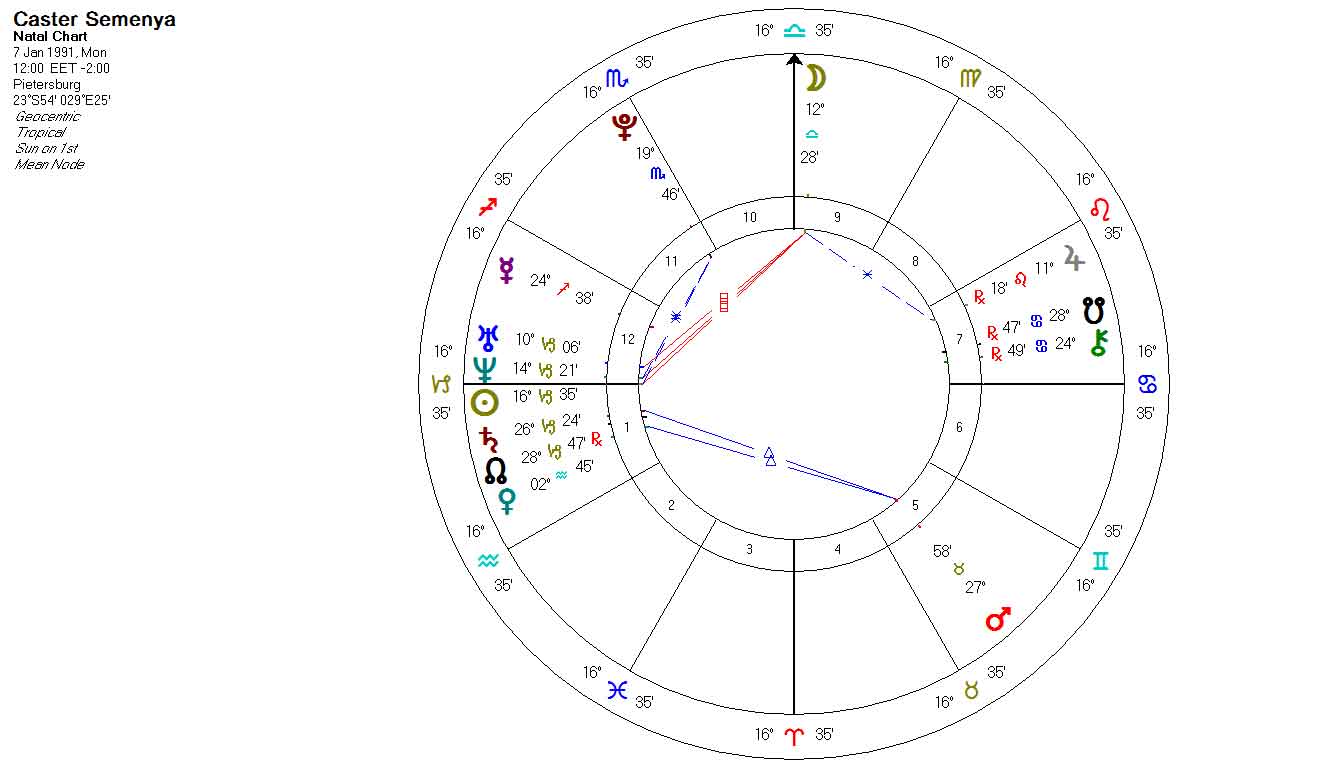 Caster’s legal hearing began on 18th February 2019. This happened on the exact day that she was having the first hit of transiting Saturn conjunct her natal Sun in Capricorn.

Saturn in Capricorn is a symbol for the governing powers and authority of the IAAF. It indicates the structure of law. And a transit of Saturn to her Sun indicates the challenges and limitation to Semenya of this governing body.

On 1st May, right when Saturn turned retrograde, the Court of Arbitration for Sport rejected her appeal. The restrictive forces of Saturn winning out, and forcing Semenya to abide by the limitation of the new rule (Saturn) if she wishes to continue competing.

Given the ruling, and that it comes under this heavy Saturn transit, it seems that the only choice she now has it either to take the medication (something that is symbolised by Neptune) or retire, which she hinted at on Twitter recently, before vowing to continue. The second hit of the transit is in July and the final one in November. So it’s likely that we will know which she decides during one of these transits.

Saturn always brings big changes into our lives, and often through a situation that we do not like but are unable to overcome; no matter how hard we try. Sometimes it is necessary to bow to the limitations inherent in this world of form, and allow it to shape our character for the better in the midst of apparent defeat. 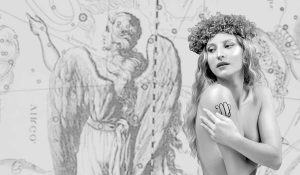 I’m currently offering a Complete Introduction to Astrology on my website for just £60/$80 — real value is over $199! 🙂