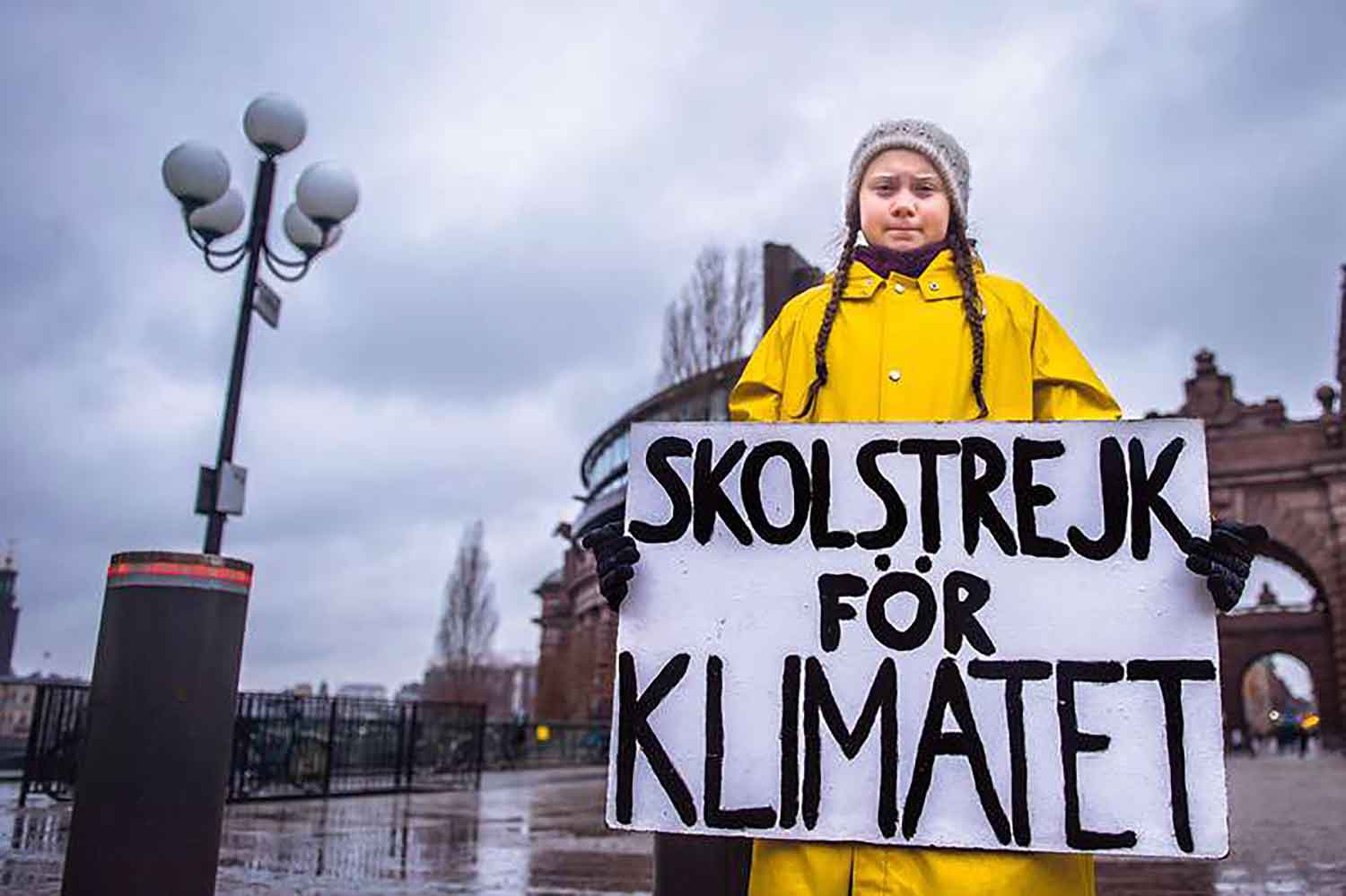 Climate change, heard of it? The 6th mass extinction of the planet, heard of that? Well… both topics are gaining more exposure to the mainstream in a big way thanks to the efforts of ONE determined child.  That’s right, a child called Greta Thunberg from Sweden, just 16 years of age.

More than 1.4 million young people around the world took part in school strikes for climate action, according to environmental campaigners.

Children walked out of schools on Friday in 2,233 cities and towns in 128 countries, with demonstrations held from Australia to India, the UK and the US, according to the Fridays for the Future website. Further strikes are planned for 15 April 2019.

Eyal Weintraub, an 18-year-old from Argentina who took part in the protests, said: “We have reached a point in history when we have the technical capacities to solve poverty, malnutrition, inequality and of course global warming.

“The deciding factors for whether we take advantage of our potential will be our activism and our international unity.”

The strikes inspired by Thunberg drew widespread praise, with UN Women saying on Twitter: “She is proof that we need to listen to the young generation for a sustainable future.”

The executive director of Oxfam International, Winnie Byanyima, said: “Our children are walking out of school saying we have failed them. This is the kind of clarity and energy we need now.”

However, and not surprisingly, education ministers in the UK and Australia condemned the strikes and some commentators were critical such as Madeline Grant, formerly of the Institute of Economic Affairs thinktank.

Thunberg posted a response on Facebook, saying, “the favourite argument here in Sweden, and everywhere else, is that it doesn’t matter what we do because we are all too small to make a difference. [But] Friday was the biggest day of global climate action ever, according to 350.org,” she said.

“People keep asking me ‘What is the solution to the climate crisis?’. They expect me to know the answer. That is beyond absurd, as there are no ‘solutions’ within our current systems.

“We need a whole new way of thinking. The political system that you [adults] have created is all about competition. You cheat when you can because all that matters is to win. That must come to an end.”

“We need to start cooperating and sharing the remaining resources of this planet in a fair way. We are just passing on the words of the science. Our only demand is that you start listening to it, and then start acting.”

Whether or not the slumbering politicians of our day actually do something remains to be seen but one thing is for sure, Greta represents the voice of the silent majority who are now, finally, beginning to speak up against the status quo that benefits only the very few, regardless of the consequences staring us all in the face.

Today, we are being called to ACT with one voice for the highest good of all. Regardless of whether you believe climate change is real, the fact that we are destroying the Earth for sheer greed/profiteering, whilst have the audacity to call it ‘good business’ is an undeniable fact. If there is even the slightest chance that our actions are going to tip us towards an irreversible point, don’t we owe it to ourselves to come together on this?

The first three books of a series called “Conversations with God” by Neale Donald Walsch was written over 25 years ago. The message to change was urgent then, and it’s no less urgent now.  Greta embodies that message.

Just because things have not turned really ugly yet doesn’t mean our scientists have got this wrong. Greedy politicians and self-serving companies would rather keep doing what they’re doing, regardless of the true cost, than change. Change is difficult.

Together, let’s do some soul searching. The egoic mind will always complicate what is essentially a simple matter here.  You see, the choice to ‘do the right thing’ will naturally come to the fore when humanitarian interests outweigh commercialism. Right now, they sadly do not.

Find out more about why Greta started all this, and why she isn’t interested in the fame!