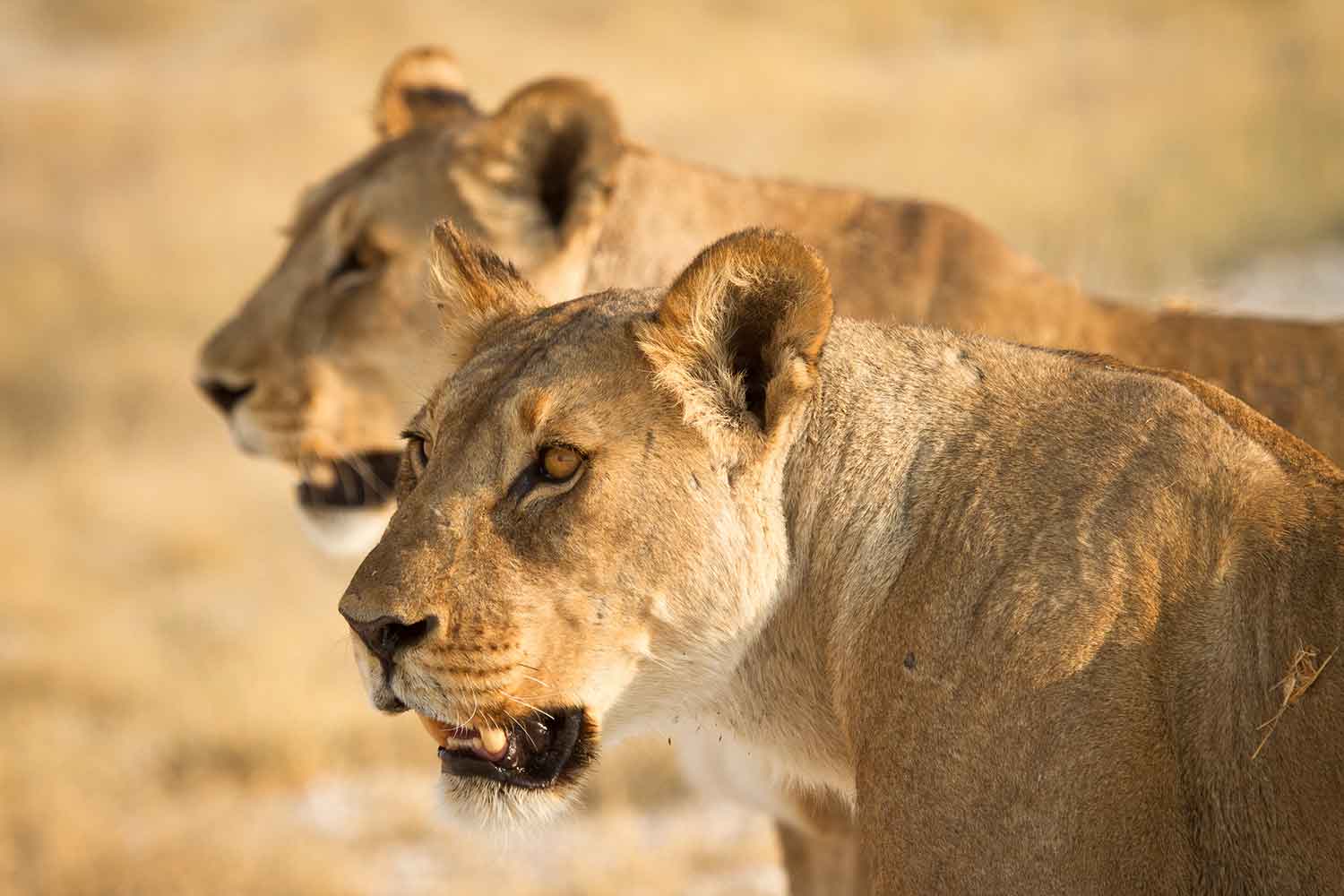 wild female lions on the hunt

The vast diversity of animals in the Sibuya Game reserve in South Africa attracts numerous poachers over the last few years, and as a result, a group of poachers who recently broke into the reserve to hunt rhinos has been devoured by a pack of hungry lions.

Poachers are attracted by their horns, as they are in high demand in Southeast Asia as they are believed to contain strong medicinal properties, and go for as much as $100,000 per kilogram.

Since they are about two to seven pounds each, a poacher could potentially make up to $300,000 off a single rhino horn. On the South African black market, the horn of a white rhino sells for up to $3,000 a pound, and in China, rhino horns and ivory from elephants are in high demand since they are used in carvings for artwork.

According to the owner of the park, Nick Fox, the poachers were eaten alive by the pride of lions sometime between the evening of July 1 and the early morning of July 2, and so little of their remains were left, that investigators could not specify the number of people killed.

Fox said that they only found the skull and one bit of pelvis, everything else had been completely gone.

Yet, according to the three sets of gloves and shoes, they suspect they were three men. Moreover, the typical rhino poaching groups contain three people.

He said that one of the dogs of the reserve gave a warning that something was wrong at around 4:30 a.m. on July 2, and its handler heard a commotion from the lions but as such things often happened in that time of the morning, he didn’t investigate further.

Later on, one of the rangers stumbled upon the bloodied remains, and they notified the police. They found gear scattered throughout the bushes, a high-powered rifle with a silencer, an ax, and wire cutters “which is a surefire sign of rhino poachers.”

A search party enlisted the help of a helicopter to look for any survivors, but they haven’t found any thus far. Moreover, detectives are also investigating the exact number of people eaten.

Police spokeswoman Captain Mali Govender explained that firearms have been taken by the police and will be sent to the ballistics laboratory to see if they have been previously used in poaching.

Fox added that the body parts and shoes they found indicated that the lions ate at least three of the poachers, but there could be more. He says that he believes they came heavily armed with hunting rifles and axes which have been recovered and enough food to last them for several days.

In 2018, nine rhinos were killed, shot with a high-caliber hunting rifle. It is believed that the same gang is responsible. In February, lions killed a poacher hunting lions in the Umbabat Game Reserve near the Kruger National Park.

Therefore, the owner Fox claims that this incident is very sad, but it should also warn other poachers not to risk their lives by illegally hunting game.

He added that the sad loss of life should send out a very clear message to any other poachers that they will not always be the winner, as the lions are their watchers and guardians.